The iconic prog-rock/pop band returns to Grand Rapids on Friday for a sold-out Meijer Gardens show. Check out the Local Spins interview with keyboardist Steve Porcaro. 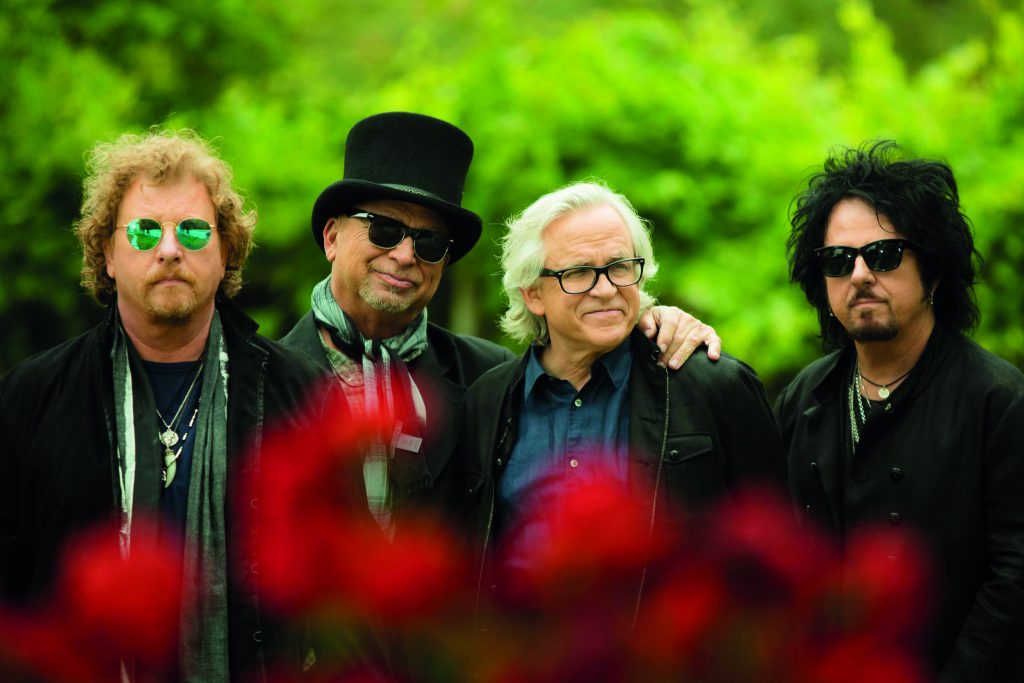 Hits, Deep Tracks and ‘New Stuff’: Toto promises all that when the band plays Meijer Gardens on Friday.

SCROLL DOWN FOR ’40 TRIPS AROUND THE SUN’ VIDEO

For Steve Porcaro, the route to Toto was easy.

It basically evolved from a high school band with brother Jeff and pals Steve Lukather and David Paich, all of whom became accomplished studio musicians in the ’70s.

Rejoining the band after he left? Well, that took more than a quarter-century. 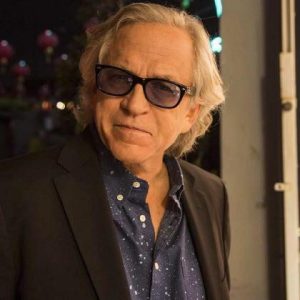 “I took a 27-year break,” is how the genial Porcaro puts it. Today, he continues with Toto, which includes founding members Lukather and Paich, along with longtime vocalist Joseph Williams and a host of regular touring band members. The assemblage returns to Meijer Gardens for a sold-out show on Friday, part of the band’s North American tour behind its “40 Trips Around the Sun” greatest hits package.

Toto came out of the gates strong in 1978, with its debut album sporting the hit song “Hold the Line.” “Toto IV,” from 1982, produced the mega-hits “Africa,” “I Won’t Hold You Back” and “Rosanna,” allegedly written about Steve Porcaro’s then-girlfriend, actress Rosanna Arquette.

While Toto continued through the ’80s and ’90s, by its second decade, Porcaro had decided to move on. He worked on film soundtracks and with other musicians, including Michael Jackson, Yes and its longtime bassist Chris Squire, and Jefferson Airplane. 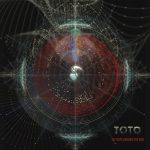 Meanwhile, back at the Toto ranch, the band continued touring and recording. When Steve’s oldest brother, Jeff, died on the eve of a tour from a heart attack, Simon Phillips took over the drum chair. In 2008, guitarist Lukather, the sole remaining founding member, decided enough was enough and called a halt to the band.

But then two years later, Steve’s brother, Mike Porcaro, who had replaced original bassist David Hungate on the heels of “Toto IV,” was diagnosed with ALS. Lukather contacted the other former members, including Steve, and they went on the road for a brief reunion tour in 2010 to benefit Mike.

In its early days, Toto was denigrated by critics bemoaning what they called its soulless studio sound. Never mind that these guys could play circles around most anybody out there after contributing to “Thriller,” “Silk Degrees” by Boz Scaggs, and practically every other pop album that came out of Los Angeles. In fact, their instrumental ability and the fact they played and sang in tune was one of the criticisms leveled at them by critics who bemoaned a lack of passion or grit. 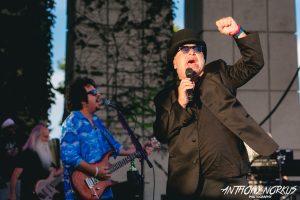 Porcaro understands the criticism and even agrees with it to a point, particularly in terms of the words to the songs. He says the band concentrated on the instrumental aspects of the music at the expense of the lyrics, and those who made their living with words took them to task for it. “Look, these writers were journalists. Lyrics were the last thing we did. We’d spend three days on the bass drum sound and write the lyrics the night before they had to be recorded,” he said with a laugh.

Porcaro said the fact the band has had several singers makes it a challenge for any one of them to sing songs sung by and associated with one of the other vocalists.

“When you record a song, you put it in the meatiest area of that singer’s range,” he explained. Today, with Williams out front, the son of legendary film composer and one-time Boston Pops director John Williams, Lukather leading the band and Paich and Porcaro on opposite sides of the stage, the sound and spirit of the band is as strong as ever. 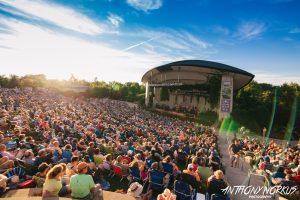 Asked if he gets tired of playing “Rosanna” and “Hold the Line,” Porcaro said the group still enjoys those songs; they just don’t try to recreate the original versions onstage, instead going for a sound that approximates the originals while acknowledging their growth and maturity as musicians.

“We still love doing them,” he said.

And while some bands aim to sound exactly like their records, Porcaro said he and his bandmates don’t slavishly recreate the originals. “We don’t take it to that degree. We kind of pay homage to these records.”

Given the band’s many albums, Porcaro said creating a set list is a lengthy process. They know there are certain songs the audiences will expect, but they like to mix it up as well.

“This is going to be a show for Toto fans. The hits will be there, and things that were not (hits) and some brand new stuff. There will be things you expect and deep cuts, things the casual fan will say ‘What the hell was that from?’ People will be surprised and enlightened,” he said.

VIDEO: ’40 Trips Around the Sun’ at Royal Albert Hall