Veteran lighting designer Tom Kenny, the creative director for The Who on tour, shared behind-the-scenes details with Local Spins about the iconic band’s tour-opening show and loving ‘the local orchestra.’ 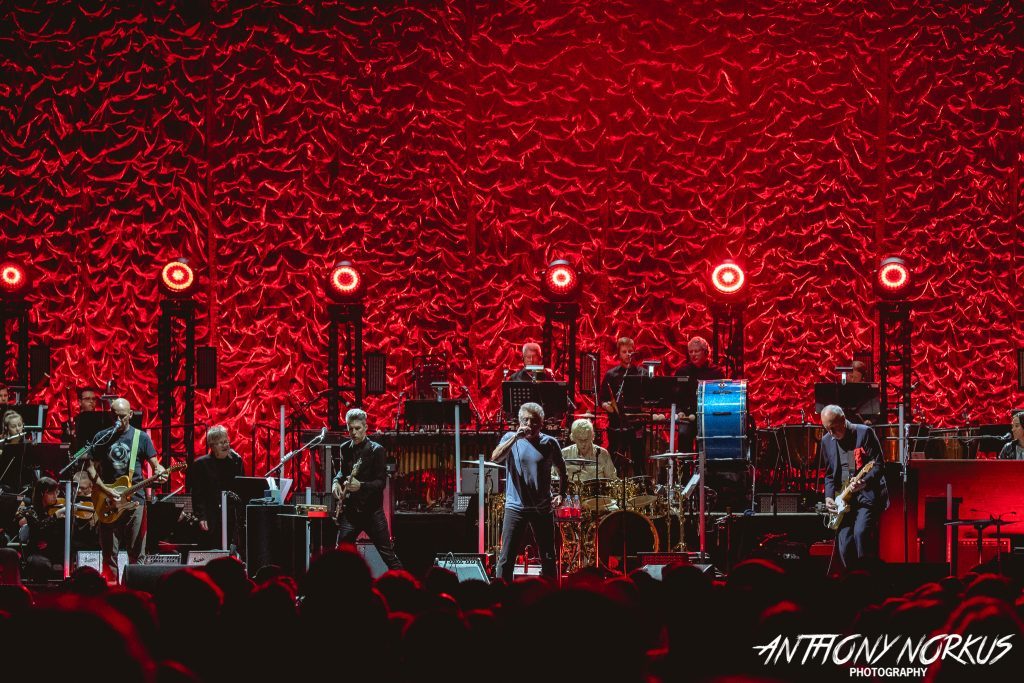 Minimal But Striking Stage Design: Lighting designer Tom Kenny says the idea was to focus on the human beings on stage, not theatrics. (Photo/Anthony Norkus)

The Who’s opening volley of its “Moving On” tour at Grand Rapids’ Van Andel Arena on Wednesday was a monumental undertaking for a band whose frontmen, Pete Townshend and Roger Daltrey, are in their 70s and have been at it for an astounding 55 years.

Consider this: The band’s decision to add a locally grown 50-piece orchestra to every show on its North American tour is daunting in and of itself, adding dozens of bodies and an extra load of visual and sonic elements to the mix. 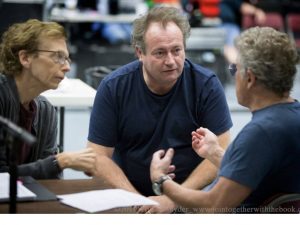 Loving the ‘Local Orchestra’: Tom Kenny, center, with Roger Daltrey, at right, has worked with The Who since 1989. (Photo/Copyright 2019 William Snyder/www.jointogetherwiththebook.com)

“The reason we have a minimal-looking stage visuals is to not distract from the music,” he offered.

“As a very visual band, normally with big screens and big light shows (and) laser shows, we decided to create a show which is just about the music experience and the set being human beings and organic rather than LED and supportive content and flash and theatrics.”

Kenny also insisted that the current “Moving On” tour represents another “great experiment” by a band that’s always pushed the boundaries.

“With The Who, they always take risks and having worked for them since 1989, this is another great experiment … to see in this world of visual distraction how we can focus fans back to music at a concert,” he added. “Come and see us again Detroit (May 28 at Little Caasar’s Arena) if you wish and experience a pure music show.”

LOVING MICHIGAN AND ‘THE WONDERFUL BRILLIANT MUSICIANS IN GRAND RAPIDS’

Kenny also complimented members of the Grand Rapids Symphony and other musicians who comprised the backing orchestra on Wednesday night.

“One of the reasons the band chose Grand Rapids was its good music background audience and the fact they hadn’t performed to their fans in GR for awhile,” he said. “They love performing in Michigan and had heard how great the orchestra (was). They were outstanding. Wonderful local players … I was just talking to band and they loved your local orchestra. … They loved all the wonderful brilliant musicians in Grand Rapids that helped them make a fabulous show.” 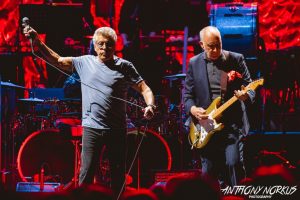 And while there are always opening-night blemishes, Kenny said the Grand Rapids fans were incredibly supportive.

“We had a line of audience members both young and old walk past the front of house area and compliment how wonderful it was to sit and enjoy a big rock show while not having to concentrate on anything but musicians,” he noted. “(That’s) unusual for our fans who I’ve blinded many’s a time.”

The “dangerous” and risky nature of that first night’s production is spelled out in detail in a revealing blog by Brian Kehew on The Who’s website. Check out backstage photos of the orchestra and get an unusual look into what goes into such a mammoth production here.

And read the full Local Spins review of Wednesday’s Who concert, with photos by Anthony Norkus. The Who followed up by playing Buffalo on Thursday night and moved on to Bristow, Va., on Saturday. The Who plays Madison Square Garden in New York on Monday.