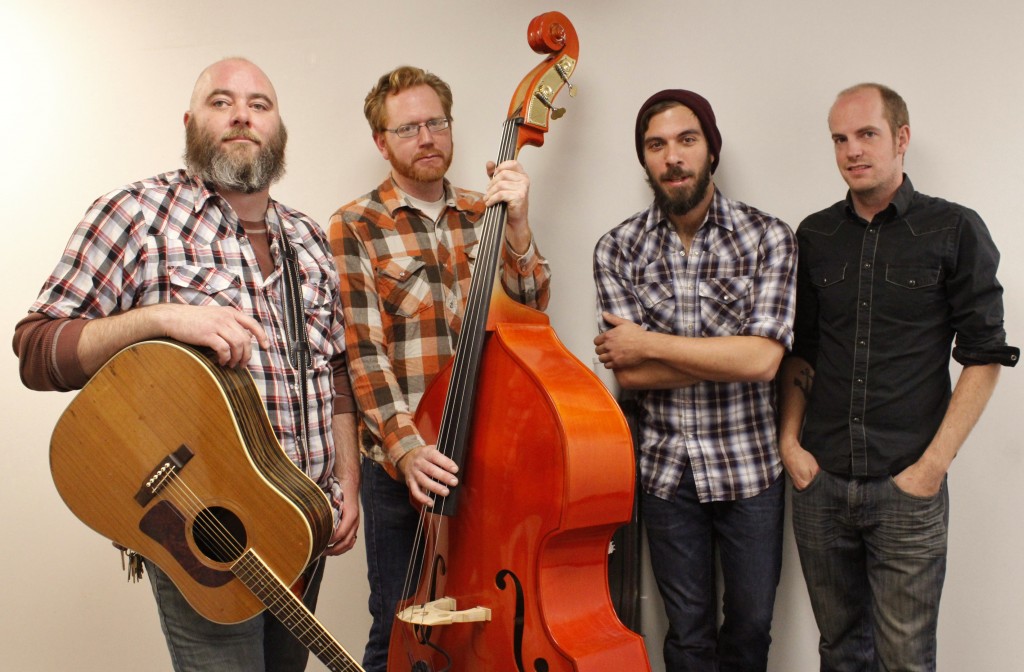 THE BAND: The Bootstrap Boys
THE MUSIC: Outlaw country, alt-country
WHERE YOU CAN SEE THE BAND: 9 p.m. Friday at The Pyramid Scheme in Grand Rapids, with Suzies, Coffin Problem and Shane Tripp

But as a musician reared on country and bluegrass music – his dad taught him the guitar chords for Kenny Rogers’ “The Gambler” at age 7 – Stilson has long wanted to create a classic country album, something he dubbed, “Country Songs for Sale.” 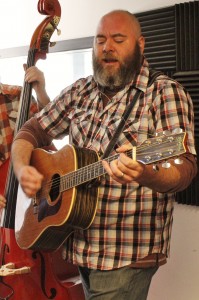 So when his co-worker at Founders Brewing, Jon Pataky, suggested they form a country band, Stilson already was armed with four years of material and The Bootstrap Boys were born.

“His eyes lit up and we went from there,” said Pataky, the band’s drummer who himself was inspired by listening to the music of Sturgill Simpson. “I’ve known Jake for a long time and he’s always been into country music.”

Said Stilson: “I thought, ‘Finally, this concept is going to come to fruition that I’ve been toying with and writing on for years. I couldn’t be happier with where we are right now.”

Where The Bootstrap Boys are is smack dab in the middle of the outlaw and vintage country revival, releasing the five-song “Country Songs for Sale” EP this week and churning out rootsy, accessible, rowdy, fun and harmony-driven ditties such as, “Drink Twice for Yes,” “’57 Chevy” and “Poverty Line.” The new album was recorded at Matt Ten Clay’s Amber Lit Audio in Grand Rapids.

The band – Stilson, Pataky, guitarist Nick Alexander and bassist Josh McBryde (aka, Big Jake, Jonny, Nicky and Clyde Bootstrap) – delivered two of those gems in the studio of News Talk 1340 AM (WJRW) for Local Spins Live this week. Listen to the podcast here, with a video of “’57 Chevy” below.

On Friday, The Bootstrap Boys will play The Pyramid Scheme in Grand Rapids for what’s being billed as the “GR Fresh: New Bands Showcase,” with Suzies, Coffin Problem and Shane Tripp also on the bill. The music starts at 9 p.m.; admission to the 21-and-older show is $6. Get details online here.

Formed in April, The Bootstrap Boys bring an unusual set of resumes to the table for an alt-country/outlaw country outfit.

Pataky was once a member of the “epic orchestra pop” ensemble The Mighty Narwhale, which won the first Local Spin of the Year award back in 2008, and also has been a member of The Campanellis, Wonder Caverns and Sensual Armed Forces. Alexander (Big House Red, Son & Heir) and McBryde (Desoto, Dynaflo, Pilot Lights, Varsity Killers) come from bands that range from hard rock to indie-folk. 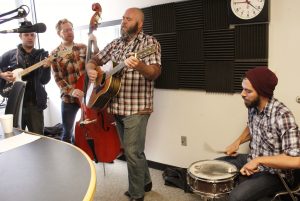 On the Air: The Bootstrap Boys on Local Spins Live. (Photo/Anna Sink)

Stilson views the Hank Williams songbook as the “songwriter’s bible. That man just wrote so effortlessly. People say simplicity is the hallmark of a genius, well, he hit that nail on the head and drove it home.”

That’s made showcasing his own country songs as part of The Bootstrap Boys a gratifying experience.

“We’ve really been trying to keep it just about as country-fried as we can. That’s what we’ve been having fun with. If it ain’t broke, don’t fix it,” says Stilson, who also writes music for other projects.

“The last couple of songs they just flowed out the way they are now. Everybody kind of knew what we were looking for. I stepped to the table and said, ‘Well look, I wrote this song, what do you think of it,’ and three practices later, we’ve got this song perfectly the way we want it. It came out the way it was meant to.”

After traveling recently to Nashville in an RV dubbed “The Delta Dawn,” the band is now anxious to tour behind the new EP.

“We do fully intend to be on the road,” Stilson says, noting The Delta Dawn “carried six people, two dogs and all our gear down to Nashville pretty well.”