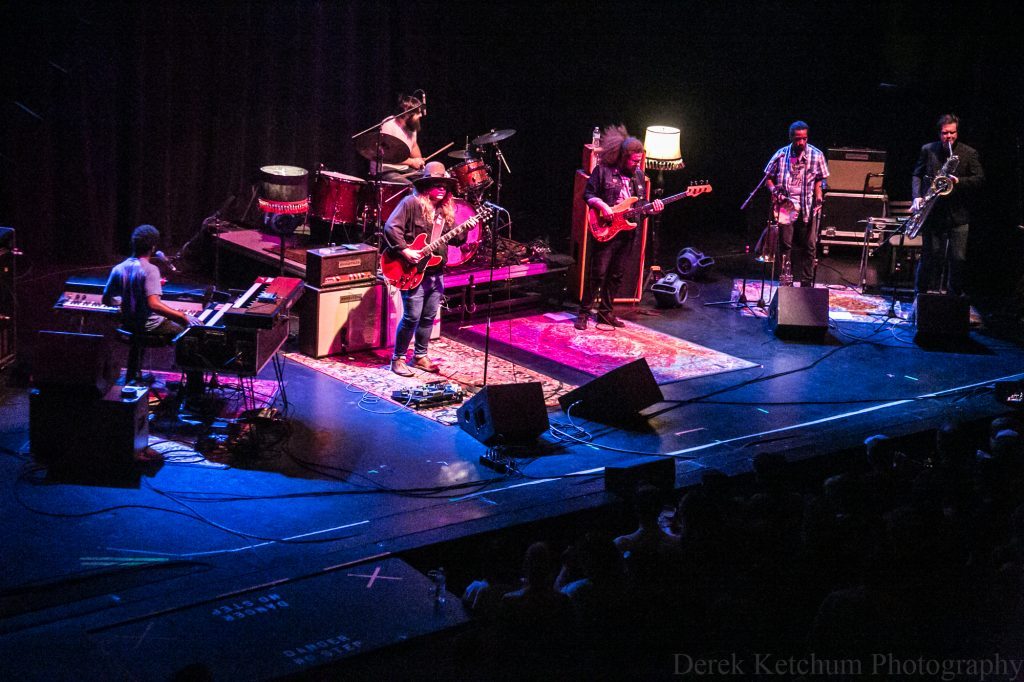 Have concert listings you think deserve to be spotlighted? Email date, time, ticket prices, location and details to elizabeth.slowik@gmail.com.

To be included in our “Big List of Michigan Music Festivals,” organizers should email john@localspins.com with 2019 dates, the event location, contact information and any other pertinent details. 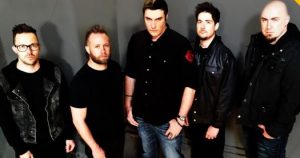 Between them, these two rock bands have more than 10 million followers on Facebook, so this tour packs a fan-pleasing wallop. The multi-platinum-selling Pennsylvania hard rock band Breaking Benjamin is touring behind its sixth and most recent studio album, “Ember.”

Nevada’s Five Finger Death Punch, meanwhile, also is touring behind a 2018 album, “And Justice for None,” which peaked at No. 4 on the Billboard 200 chart. Also on the bill for this Van Andel Arena show sponsored by WGRD 97.9 FM: Bad Wolves and From Ashes to New. Tickets online here. 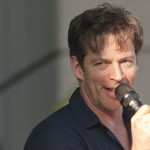 New Orleans jazz singer Harry Connick Jr. and his band are celebrating the city’s 300th birthday with a tour that centers on “the influences that shaped his career.” Connick and band also will be playing “a selection of holiday favorites” as part of the “New Orleans Tricentennial Celebration Holiday Edition” that stops in Grand Rapids.

A smattering of tickets were left for this concert on Monday; get them online here. 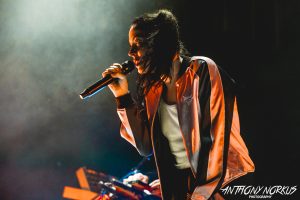 LOCAL SPINS TICKET GIVEAWAY: The first two people to email john@localspins.com with “BISHOP BRIGGS” in the message field will win a pair of tickets to Wednesday’s show. Check The Big List every week for your chance to win concert tickets.

Bishop Briggs has been ascending the ranks in the pop/indie-rock world over the past year or two, and the native of England, who’s now based in Los Angeles, is currently touring behind her full-length debut album, “Church of Scars,” which was released in April and peaked at No. 29 on the Billboard 200 chart. Briggs (Sarah Grace McLaughlin) first made a splash with her single, “River,” released in 2015.

Also on the bill for the Grand Rapids show is Chicago’s DRAMA, the soul/electronic duo of Na’el Shehade and Via Rosa which released the single, “Ready for Love,” in October. Get tickets and details online at sectionlive.com. Doors open at 7 p.m. for this all-ages show. 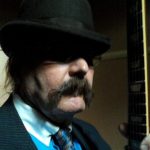 Guitarist and singer Weezil Malone is virtually a blues institution in the Grand Rapids area, having performed and recorded here for years. He now surrounds himself with a stellar bunch of players, aka “the rockin’est little band around” — the Weezil Malone Band. It will be a night to remember.

local Spins Wednesdays are presented by Local Spins, SpeakEZ Lounge, Perrin Brewing Company and WYCE, with Michigan beer specials on tap and free parking in the Sixth Street Park lot off Monroe Avenue a block to the north. Weezil Malone follows this on Thursday with a show at One Trick Pony. 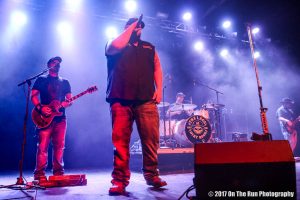 THE LACS
When: 7:30 p.m. Thursday
Tickets: $20 advance, $25 day of show
Where: Elevation inside The Intersection, Grand Rapids

Georgia country rappers The Lacs are touring behind a new album, “Dirt Rock,” which was released in May and which peaked at No. 24 on the U.S. Country Albums chart.

Opening the show will be Ohio native and Nashville-based country singer Carter Winter. Doors open for this all-ages show at 6:30 p.m. Get tickets and more information online at sectionlive.com. 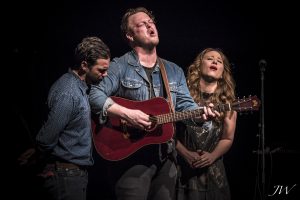 Americana and indie-folk’s The Lone Bellow bring their “Acoustic Triiio Tour” to Royce Auditorium at St. Cecilia Music Center as part of the Acoustic Café Folk Series. The Lone Bellow — Zach Williams, Kanene Donehey Pipkin and Brian Elmquist — is touring for the first time without a backing band, promoting a new EP, “The Restless,” which was released last month. 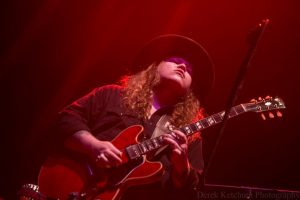 LOCAL SPINS TICKET GIVEAWAY: Congratulations to Local Spins readers Jeff Sluiter and Mike Marley. They were the first two people to email john@localspins.com with “MARCUS KING” in the message field and won a pair of tickets to Friday’s show. Check The Big List every week for your chance to win concert tickets.

In a recent interview with Local Spins, South Carolina guitarist and singer Marcus King recounted his upbringing in a musical family and how his band plans to “keep fighting and keep working and knocking on as many doors” as it can to showcase its music (something they’ve done at small venues over the years such as Tip Top Deluxe Bar & Grill and Wealthy Theatre). King and crew keep upping the ante in terms of the venues where they play (tearing it at State Theatre earlier this year) and are currently touring behind their latest bluesy, rootsy album, “Carolina Confessions,” King’s third full-length effort.

Opening Friday’s show in Grand Rapids will be Ida Mae. Get tickets and the rest of the lowdown online at sectionlive.com. 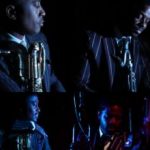 So, here’s the scoop on this soul/jazz/hip hop show: “The Midnight Hour is an ode to the cultural sophistication that the Harlem Renaissance established for its people … comprised of Ali Shaheed Muhammad and Adrian Younge, alongside a tight rhythm section and a full orchestra.”

Grand Rapids’ own Les Creatif and Dreas are also on the bill for this show. Get details and tickets online at pyramidschemebar.com. 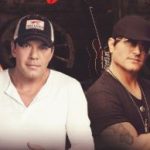 This is billed as a “B93 Holiday Hoedown” starring country singers Rodney Atkins (“Watching You,” “Its America,” “These Are My People”) and Jerrod Niemann (“Lover Lover,” “Drink to That All Night,” “I Got This”) who bring their tour to Grand Rapids for this all-ages show. 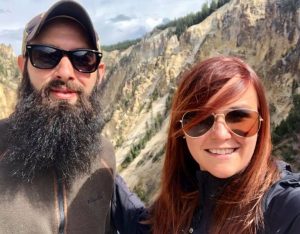 Ferndale’s Escaping Pavement has been described as the Detroit area’s “most dynamic Americana group,” and the band – Emily Burns on acoustic guitar and vocals, Aaron Markovits on mandolin and vocals and Kosta Kapellas on upright bass – brings that roots-based, harmony-filled sound to this Spring Lake listening room.

The band – which won a 2017 Detroit Music Award for outstanding Americana record – also will be making a stop Friday at WYCE for the 11 a.m. Local Spins on WYCE radio show, so tune in to 88.1 FM for a preview. Get tickets for Saturday’s concert at pindropconcerts.com. 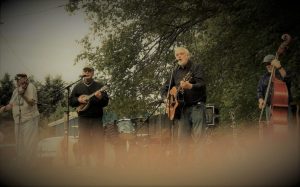 The Hill People were a bluegrass-driven institution back in the 1980s, with fiddler Bob Goodman, banjoist/guitarist Duncan McMillan, guitarist/mandolinist Tom DeVries and upright bassist John Vrieling regaling happy audiences with their genre-spanning acoustic charm and serving as the house band at Bostwick Lake Inn. Decades later, they’re back together and celebrate their reunion with a Saturday show at One Trick Pony, playing “mostly tunes and songs that people will recognize because our fans liked them in the past, and because of a certain timelessness to bluegrass, ole time, swing, Irish and gypsy music.”

Get more info at onetrick.biz and read the Local Spins feature about The Hill People’s reunion. 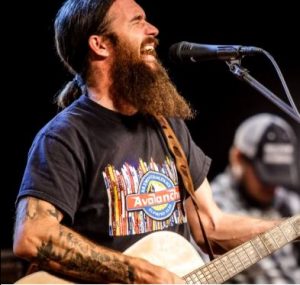 Rolling Stone magazine calls it “rule-changing country music.” Texas singer and guitarist Cody Jinks started releasing records back in 2008, but didn’t catch fire until 2016’s “I’m Not the Devil,” which peaked at No. 4 on the U.S. Country chart. The outlaw country-leaning artist’s most recent album, 2018’s “Lifers,” climbed to No. 2 and features the single, “Must be the Whiskey.”

Also on the bill for this Grand Rapids show: The Steel Woods and Tennessee Jet. Get tickets at 20monroelive.com. 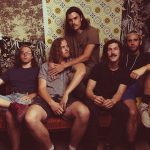 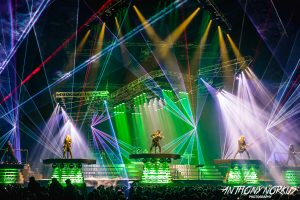 Commemorating its 20th year of touring, Trans-Siberian Orchestra returns to Grand Rapids on its 2018 winter tour with the “multi-sensory extravaganza” of “The Ghosts of Christmas Eve” symphonic rock opera that’s become a holiday tradition, adding some “new awe-inspiring effects.” 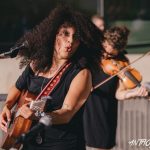 Dacia Bridges Project playing Bell’s Brewery Eccentric Café in Kalamazoo, 8:30 p.m. Thursday, $8 – Southwest Michigan singer Dacia Bridges is a dynamic performer and personality who leads this all-female band through powerhouse pop, soul and indie-rock. DJ Dazzleship is also on the bill. Bell’s follows this on Friday with Steel Giant and on Saturday with Baccano. Details at bellsbeer.com. (Bridges, by the way, is featured in the 2019 Local Spins Calendar, now available for purchase.)

Steel Panther playing 20 Monroe Live in Grand Rapids, 8 p.m. Friday, $28-$45 – This parody of “rock ‘n’ roll in all its debauchery and glamour” returns to Grand Rapids after releasing three full-length albums and touring the globe. Opening will be Detroit’s own hard-rocking crew, Wilson. 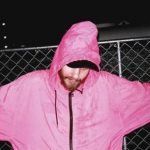 San Holo playing The Intersection in Grand Rapids, 9 p.m. Friday, SOLD OUT – Trap music and ‘future bass’ artist San Holo is another guy who’s climbed the international ranks in electronic music, as evidenced by this sold-out stop on his “Album 1” tour. Also on the bill: Chet Porter, Taska Black and Beaudamian.

Bigfoot Buffalo and Flexadecibel at 9:30 p.m. Friday, The Blue Pines and Casa Blue at 9:30 p.m. Saturday, playing Billy’s Lounge in Grand Rapids, $5 each night – This packs a one-two punch of uber-talented West Michigan bands, starting with roots rock jam band Bigfoot Buffalo on Friday (paired up with Flexadecibel) and bluesy alt-rock group The Blue Pines (paired up with Casa Blue).

Peat in the Creel Christmas Concert at Great Legs Winery Brewery Distillery, 332 East Lakewood Blvd. in Holland, 7 p.m. Saturday, $5 advance, $8 day of show – West Michigan Celtic favorite Peat in the Creel plays a “one-of-a-kind Irish Christmas Concert” with traditional Irish and Celtic Christmas music. Tickets are $5 in advance by contacting Joanne at 616-916-1745 or at the Winery; if available, admission will be $8 at the door.

Joe Shields, Peter Van Howe and Andy Baker playing Salt of the Earth, 114 E. Main St. in Fennville, 6 p.m. Sunday, $15 – A rare collection of award-winning songwriters and storytellers bring their talents to the cozy confines of Salt of the Earth for a night of tunes in the round. Call 269-561-7258 for reservations. 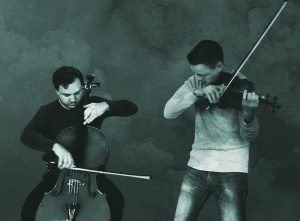 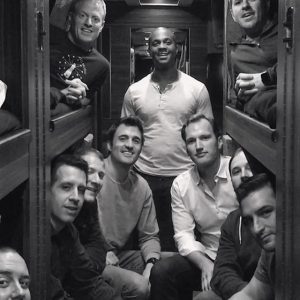