Five years ago, Harry Connick Jr. played his first Meijer Gardens concert — one of the hottest ever at the amphitheater. On Monday, he returns to Grand Rapids, but indoors. Revisit his 2013 show. 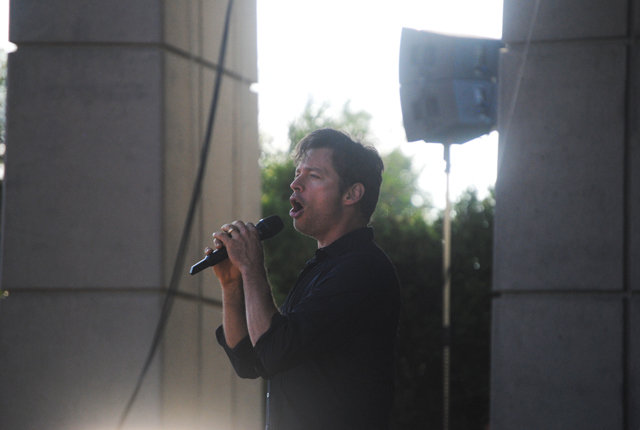 With the mercury in the 90s and the heat index hitting triple digits on Wednesday, it couldn’t have gotten any hotter at Frederik Meijer Gardens & Sculpture Park.

That is, until a certain charismatic singer took the stage to frantic waves and hoots of delight from many in the female contingent in the sold-out crowd of 1,900 at the outdoor amphitheater. 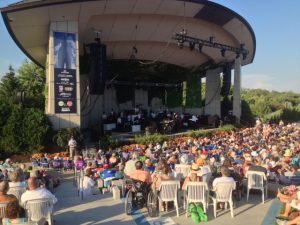 With a gentle breeze helping the cause, the sellout crowd didn’t seem to mind the heat.

Of course, it helped to have a lively 13-piece jazz orchestra along for the steamy ride, too, especially New Orleans trombonist Lucien Barbarin, who served as a vocal, instrumental and comedic duet partner with Connick at times during the 2-hours-plus show.

“It’s frickin’ hot, but the breeze is nice,” Connick declared early on before crooning the classic, “On a Clear Day You Can See Forever.”

The singer with the suave, Sinatra-like demeanor and endearing stage banter noted he’s played many fine venues in his day, “but I don’t know if I’ve ever played at one as beautiful” as Meijer Gardens.

He added that he now intends to return regularly and even set up shop in the sculpture park.

“I want a small house … under that big horse out there,” he chirped, before vowing that he and his band would deliver the most “enthusiastic, hard-working, pedal-to-the-metal show you’ve ever seen.”

Many in the crowd likely would agree … and hope he actually does move in.