The Marcus King Band plays Kalamazoo’s State Theatre on Thursday, part of the group’s ceaseless touring as it builds its fan base and impresses critics with its frontman’s eye-popping musicianship. 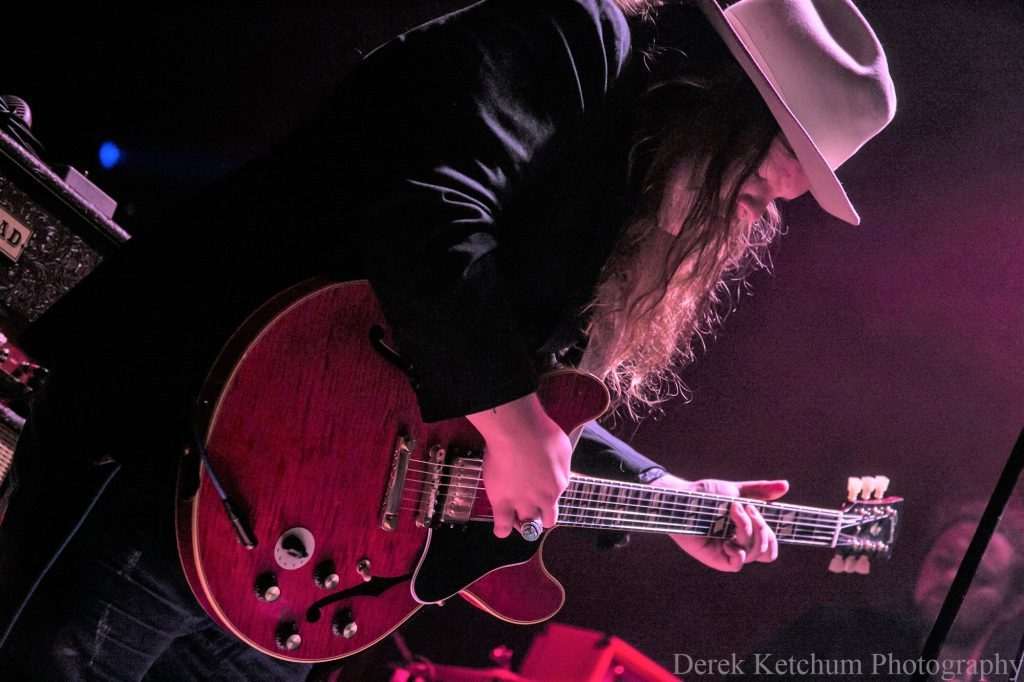 ‘Always a Guitar Around’: Marcus King grew up with music and grew into a burgeoning career as a highly acclaimed player. (Photo/Derek Ketchum)

THE BAND: Marcus King Band
THE MUSIC: Soul-influenced, psychedelic Southern rock
WHERE YOU CAN SEE THE BAND: 7:30 p.m. Thursday (May 24) at The Kalamazoo State Theatre with Erin Coburn. (Doors open at 6 p.m.; tickets $29.50-$35 at kazoostate.com.)

For a long time, blues guitarist Marcus King heard this: “You sound really great for a 14-year-old or a 15-year old.” 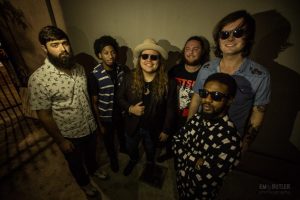 “Now it’s kind of stopped, I always sort of wondered when it would,” says the 22-year old phenom who just wrapped up a tour with Chris Robinson’s As the Crow Flies and is now back out on the road with his own much heralded project, The Marcus King Band. “People are just respecting the music for what it is now. That’s all I really ever wanted.”

King, who will be headlining a concert at Kalamazoo’s State Theater on Thursday (May 24) with teenage up-and-comer Erin Coburn opening, has turned enough heads with his playing and soulful voice since bursting onto the national scene that the label has sort of shed itself; the respect has poured in from every direction.

By the age of 20 he already had two full-length albums, “Soul Insight” and “The Marcus King Band” (both produced by Warren Haynes of Allman Brothers and Gov’t Mule), crack the Top 10 on the Billboard Blues chart, with his sophomore release reaching No. 2. After releasing the “Due North” EP last fall, he will put out his third full-length, “Carolina Confessions,” this September. 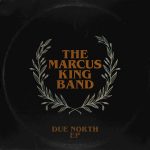 Recorded in Nashville by Dave Cobb (Zac Brown Band, Jason Isbell, Brandi Carlile and Sturgill Simpson) the new album is sort of “a breakup story, about having your hometown taken away from you and seeking the feeling of home anywhere you can find it,” King describes. “A lot of it has to do with leaving the nest.”

King, who hasn’t spent more than two weeks at a time in his Greenville, S.C., nest over the past three or four years, has toured relentlessly. Playing marquee venues across the country as well as heading to Europe a couple of times a year, he has made festival appearances at Wanee, Lockn’ and the Telluride Blues & Brews Festival and even launched his own festival last fall, The Marcus King Band Family Reunion, featuring acts such as Blackberry Smoke and George Porter Jr.

RATHER BE PLAYING GUITAR THAN MOVING MANNEQUINS

Raised in a family of musicians, King knew early on that this was the path for him.

“When I was in sixth grade I took this quiz that kind of tells you what you are going to be when you get older,” he laughingly recalls. “(It said) I was going to be one of those people that rearranges the mannequins at the mall, which I’m sure is a fine line of work, but I was like, ‘I don’t want to do that,’ and I told my teacher I wanted to play music professionally. And they said, ‘You’re going to have to be pretty good to do that.’ So I said, ‘Oh? well maybe I’ll try to be good then.’ They had never even seen me play.” 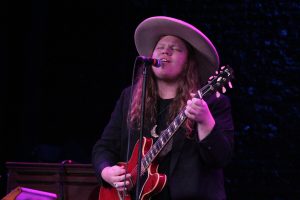 At the tender age of 11 Marcus was already sharing the stage with his dad, Marvin King, at prominent Greensville venues and wowing crowd after crowd with his intricate playing and showmanship.

“I was really fortunate to grow up in an environment where there was always a guitar around,” King says. “My dad and my grandfather and both of my uncles played, my great-grandfather played fiddle, my great uncles played banjos and fiddles and guitar. There was always something happening around me and it was such an incredible thing for me as a kid seeing people express themselves musically like that.

“My dad spent most of his life on the road and I think he knew, just like I did, from a very young age that this is what he was going to be doing … I didn’t get ‘Hansel and Gretel’ bedtime stories. I got a lot of road stories and was told about a lot of things to look out for, warnings, red flags.” 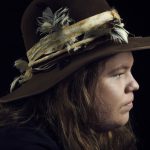 A high school dropout (who later earned his GED), King was practically living on the road by age 16 and continued to raise his profile. He recently opened up for Umphrey’s McGee at Wings Stadium in Kalamazoo and has made stops over the last few years at places such as The Tip Top Deluxe Bar & Grill and Wealthy Theatre in Grand Rapids as well as The Foundry in Jackson.

“That’s kind of been our business model as far as what we do. We do it really for the love we have for it in our own hearts and if people come around to it that’s great, and if they don’t, it’s really just a release for us.”