Performing in public since she was 6, the Lake Leelanau singer, keyboard player and guitarist returns to play the Sparta Celtic Festival on Saturday. Check out video, podcast and the full festival schedule. 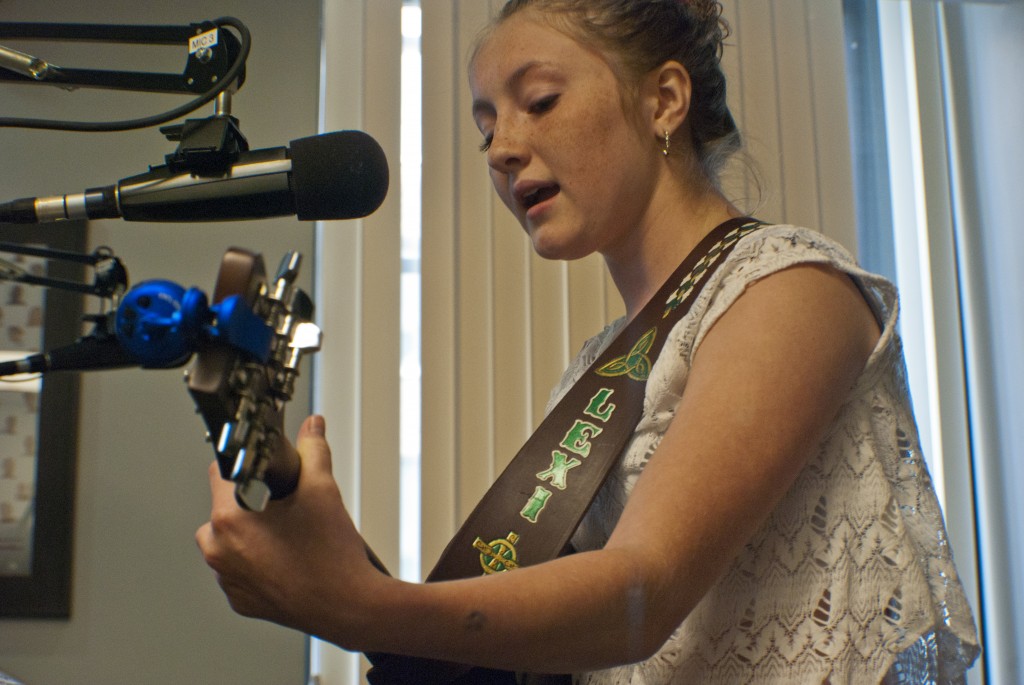 For the Love of the Song: Lake Leelanau’s Lexi Schaub. (Photo/Tori Thomas)

At 14 years old, Lake Leelanau-based singer Lexi Schaub has plenty of time to develop her musical skills: singing, guitar, piano and clarinet. No matter which musical path she chooses, it’s safe to say that she’ll be just fine.

Reminiscent of Norah Jones with a dash of Fiona Apple, Schaub’s voice is as strong as they come at her age, and with genuine songwriting ability to back it up, offering catchy yet introspective lines. Schaub has placed first in two age groups in the Traverse City Cherry Festival’s Cherry Idol Competition and has performed with the Leelanau Children’s Choir.

“I’ve been singing since I could talk,” said Schaub, who has been singing in front of audiences since age 6. As the granddaughter of Mike Scott, banjo player for the Grand Rapids-area Irish-American folk group Conklin Ceili Band, Schaub was raised in a musically fertile environment and performs with the band on occasion. “I always loved to sing with my grandpa and his band. Ever since I was six or seven, I would sing with them, and I’ve known all of their songs since they came out.”

While she may have begun by singing her grandfather’ songs from the comfort of her home, lately she joins them center-stage, as will be the case Saturday when both Schaub and Conklin Ceili Band – who has played since the festival’s inception – are set to perform at the Sparta Celtic Festival at Rogers Park. A happening such as this is just as musically fitting as it is meaningful.

“I do tend to play Celtic music,” said Schaub, who doesn’t idolize any big-name musicians. “I look up to my family of course, and I guess that’s really it.”

Having already belted out the national anthem at high school football games and Grand Rapids Griffins and West Michigan Whitecaps games, Schaub is no stranger to the limelight. Yet, stardom isn’t what the up-and-comer is seeking. 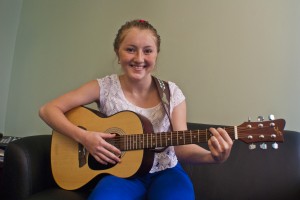 “Everyone dreams of being a superstar or something like that, but I lean towards being a teacher because I’m around kids so much,” said Schaub, the oldest of six siblings. “The youngest of my family has Down syndrome, so I thought maybe I would be a music teacher for special education kids.”

Though Schaub has yet to set a date for an album, she has enough to keep her busy, including an appearance on Eight West this Friday.

“If you want to come to church, I sing there,” said Schaub, who made note of another local outlet that she finds truly satisfying – sharing her talent at funerals and weddings. “I love to do that kind of thing, because I feel like I’m helping someone.”

Earlier this week, Schaub was the featured guest on Local Spins Live on News Talk 1340 AM (WJRW). Check out a video of her in-studio performance of an original song, “Days Like This,” here, with a full podcast of this week’s Local Spins Live show below.