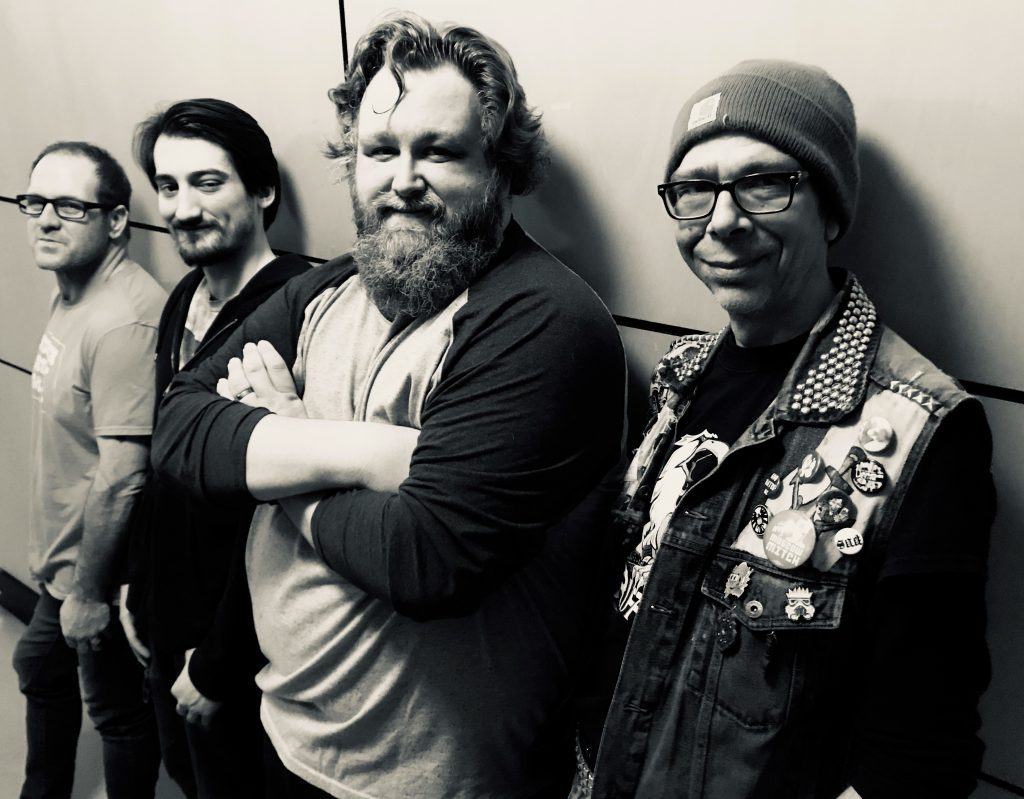 Ernie Clark romped through his share of gigs doing the customary rock-band thing in his teens and early 20s, covering everything from The Stray Cats to Webb Pierce while cutting his teeth in Lexington, Ky.

But after moving with his family to Michigan, he essentially put his guitar away for nearly a decade, outside of an occasional open mic “or a song at church.”

That all changed in 2017 after he attended a concert by country, rockabilly and honky-tonk star Marty Stuart at Leelanau Sands Casino. That’s when Clark turned to his wife and said, “I’d like to give it one more shot.” 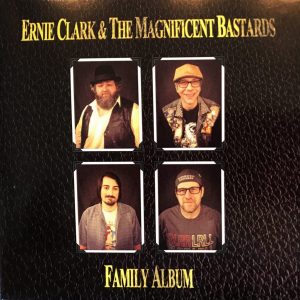 After placing a Craigslist ad and auditioning various musicians for his “idea to mesh country with punk and gospel and rockabilly and blues,” Ernie Clark & The Magnificent Bastards was born, playing publicly for the first time at Quinn & Tuite’s Irish Pub in Grand Rapids in July 2018.

“Our sound has been compared to Waylon meets The Beatles, a country Nirvana, the bastard child of Tom Petty and Marty Stuart, the hillbilly Ramones, cowpunk, high-energy boogie-woogie, rock ‘n’ roll with country soul, hillbilly rock,” said Clark, who lives just outside Reed City and who turned 39 on Friday.

“(The music) is eclectic and speaks to a lot of different audiences from country boys and metal heads, to hippies and punks and a lot of folks in between.”

On Friday, the group – singer-guitarist Clark, lead guitarist Derek Tiller, drummer Billy Hirt (The Whatnots) and bassist Brett Booher (Factory F, Temp Aura) – brought that mix to WYCE-FM, performing the songs “Something I’ll Regret” and “Hell of a View” for this week’s episode of Local Spins on WYCE (88.1 FM).

Watch the performance of “Hell of a View” here, with the full radio show podcast below.

“It’s pretty unbelievable,” Clark said of his rock ‘n’ roll revival with band members he credits for making it all happen. “It’s sort of taken on a life of its own. It’s kind of nice.”

Recorded in Hirt’s basement studio, “Family Album” features tracks penned over the years by Clark, with “each song giving the listener a different snapshot of who we are.” 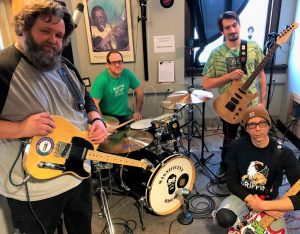 A legal assistant by day, Clark noted that band members are now starting to write new music collaboratively and are ready “to play any stage at any time,” with the group already having played from Traverse City to Detroit to Saginaw to Holland.

In addition to the “Cats and Dogs and Bastards” album-release tour, the band will open for Reverend Peyton’s Big Damn Band at The Stache inside Grand Rapids’ Intersection on March 19. Details and tickets for that show here.

The Jan. 17 edition of Local Spins on WYCE – which showcases local and regional music for an hour every Friday at 11 a.m. on 88.1 FM WYCE – also boasted the on-air debut of tracks by Cousin Avery, Stone Soup & The Broken Teeth, Blue Disciples, Pack Sounds, Further Closer, Max Lockwood, The Band Mint and Leland Blue as well as a track from Clark’s musician’s pick of the day, Megan Dooley. Listen to the radio show podcast here.