This November batch of recent regional releases will make many folks thankful for Michigan’s music scene. Check out the reviews and listen to the music. Then stay tuned for Part II. 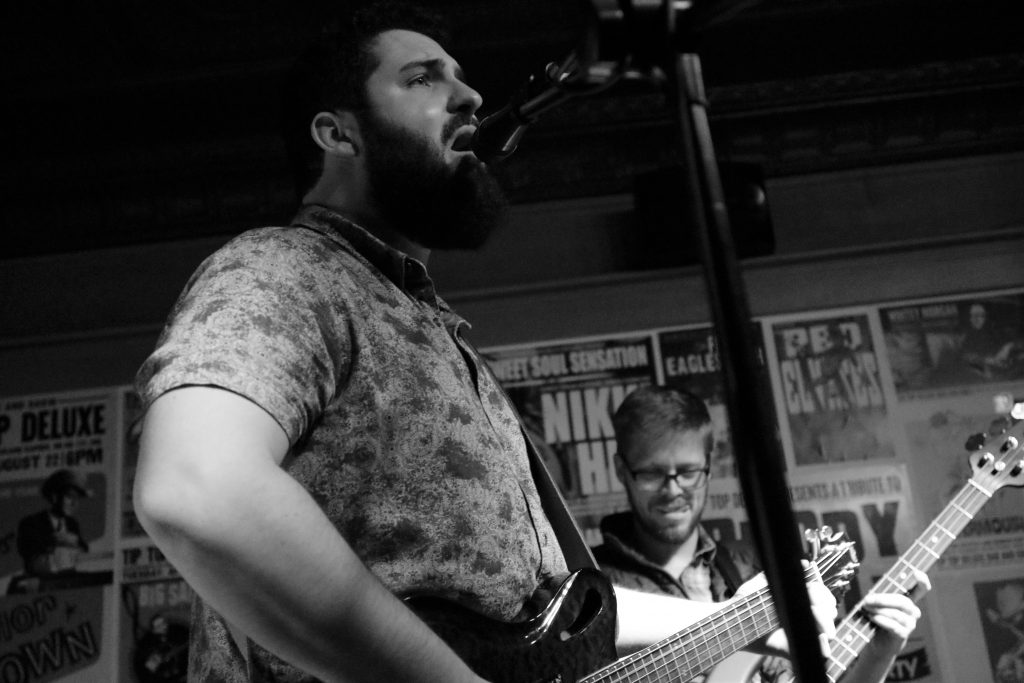 Browse other recent Michigan album releases in October Local Spins reviews here, then come back later this month for Part II of the November round-up. 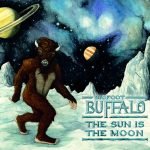 Bigfoot Buffalo
“The Sun is the Moon”

If you think about it, the sun really is the moon (or maybe the moon is the sun?) and this album appropriately reflects the shining, jam-happy nature of Grand Rapids’ Bigfoot Buffalo as zestfully as anything this roots-rock group led by Kyle Brown has ever concocted. From the opening track, “Boots in Molasses,” it’s clear that this 13-track collection recorded at Ben Zito’s Centennial Sound in Grand Rapids aims to deliver the sort of upbeat, electric vibe that propels the group’s live shows – that Southern rock-fueled verve with a hint of psychedelia and country perhaps best represented on songs such as “Dreams” and “Golden Grass.” But the band also shows off its versatility (and the keyboard prowess of Landon Knoppers) on offerings like “Wild Ride,” which balances a reverb-laden spacey-ness with modern jazz flavors. And the addition of horns on several tracks, including the merry “Mr. Noodle” (which also displays some splendid guitar work), adds yet another alluring element to Bigfoot Buffalo’s musical attack. – John Sinkevics
Website: http://www.bigfootbuffalo.com/
Listen: “Golden Grass” 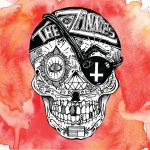 Grand Rapids’ The Zannies have taken another impressive step forward with “Espejos,” a wondrously muscular carnival of rock ‘n’ roll that’s part alternative, part psychedelic, part raw blues, part rockabilly, part melodic balladry and all lusciously appealing in an “I wonder what’s coming next” sort of way. Spearheaded by bassist and singer Ben Steer – with Eric Satterlee and Peter Slack on guitars and Josh Worsham on drums – The Zannies effectively blur the lines between rock’s various sub-genres, often all within a single track (“110,” “Nevercare,” “Swing and a Miss”). Recorded and mixed by Don Carlisle at Knavish Audio, The Zannies have uncorked one of West Michigan’s most delectable and thoroughly entertaining rock albums of the year. – John Sinkevics
Website: http://www.thezannies.com/
Upcoming Shows: Nov. 22 at PJ’s Lager House in Detroit
Listen: “110” 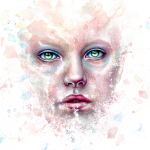 From the opening notes of “Form’s” first song, “Silhouettes Against The Soil,” to the final measure of “Home” the listener is transformed to a distant, ancient land where the grass is green, the fog is thick and fairy tales await. The fables of the band’s composer Joel Myers are brought to life by Elizabeth June, who shows off a vocal range steeped in Celtic tradition that one may find difficult to believe is being sung by a young woman from Pennsylvania lacking in Gaelic heritage. For what it’s worth June is the only member of the progressive Kalamazoo sextet made up of current and former Western Michigan University music students that does not have ancestral roots stemming from Scotland or Ireland. But one would never know. The Founding, formerly, known as Blarney Castle, have put together a solid debut effort that any lover of Celtic folk music should take notice of. The bass of Kyle Pitcher, along with the percussive work by Lukas Stanley drive the beat as the fiddles of John Robey and Myers’ weave their way through songs of ogres, mythic times, destiny and tragic love. June’s flute and Myers’ mandolin take center stage throughout as Patrick Hartson’s guitar and cello work can also be heard lending to the shaping of each song. “Our goal is to take the tradition, which is a beautiful tradition, of Irish music, and expand it to other levels,” Meyers said. Mission accomplished. – Ryan Boldrey
Website: https://www.thefoundingband.com/
Upcoming Shows: 9 p.m. Thursday (Nov. 16) at Wealthy Theatre in Grand Rapids (album-release show with Peat in the Creel); Saturday (Nov. 18) at the 16th Annual Fiddle Festival at Mona Shores High School in Norton Shores; Nov. 25 at the State Theatre in Bay City (Christmas-themed show)
Listen: “Silhouettes Against The Soil” 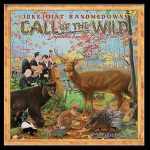 Jukejoint Handmedowns
“Call of the Wild”

In their own inimitable way, Grand Rapids’ Jukejoint Handmedowns revel in concept albums. Their third album, “Jukejoint Handmedowns Sing Songs of Death, Murder and the Afterlife,” lolled in grim reaper themes with equal helpings of humor and poignancy. The Americana/folk outfit’s latest album is appropriately subtitled, “Dispatches from the Great Lakes State,” because all 18 tracks pay tribute to Michigan and many of its lovable attractions: The Mystery Spot, Beer City U.S.A., Felt Mansion, Ishpeming, “George ‘The Animal’ Steele” and “Tina from Alpena.” Even community radio station WYCE (88.1 FM) gets an adoring shout-out via “WYCE” (thus cleverly ensuring, wink-wink, a fair amount of airplay). So while guitarist Nathan James, bassist Tim Foley, pedal steel player Paul Harris and mandolinist Craig Van Otteren contend on “The Ballad of Ishpeming” that “there’s no way you’ll ever write a song with Dowagiac or Dorr or Manistee” which “don’t roll off the tongue, they’re unpleasant when they’re spoken, they’re awkward when they’re sung,” they’ve done just that, and in a mostly charming fashion that recalls everything from Lyle Lovett to Buck Owens. – John Sinkevics
Website: http://www.jukejointhandmedowns.com/
Upcoming Shows: Nov. 28 at The Old Goat in Grand Rapids; Nov. 30 at One Trick Pony in Grand Rapids
Listen: “WYCE” 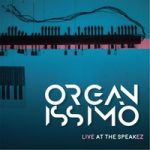 This live recording gives fans who can’t make it to Organissimo’s regular gig at the SpeakEZ Lounge a chance to enjoy the show nevertheless. The band mines soul-jazz territory plied by organ trios over the years to excellent effect. Wes Montgomery’s “Mister Walker” opens this set, with guitarist Lawrence Barris adding his own stamp to it. The Grammy-winning “Never Knew Love Like This Before” is recognizable to anyone who listened to 80s radio. Barris’s melody lines are front and center, while drummer Randy Marsh keeps the shuffle beat steady. Jim Alfredson provides the backing and harmonies before he takes center stage on organ. “Jan Jan” by Detroit soul-funk band the Fabulous Counts gives Marsh his first a chance to stretch out, before the relaxed groove of Marsh and Alfredson invites the listener in to the Spinners’ “Could It Be I’m Falling in Love.” Barris’s sweet licks alternately provide or suggest the melody. Marsh’s time and timing are precise yet imaginative. On the concluding “Daddy James,” his taps on cymbals, snare and closed high hat are just enough to emphasize the beat. His brief solos there keep time while showing off just a little, while Alfredson’s organ swells lead into them and Barris adds color. It really doesn’t get much better than this. – Ross Boissoneau
Website: http://organissimo.org/
Upcoming Shows: Dec. 2 at Billy’s Lounge in Grand Rapids; Jan. 6 at Bell’s Brewery Eccentric Cafe in Kalamazoo
Listen: “Jan Jan”