This October batch of new regional releases covers the musical gamut, from prog-rock to jam bands to indie-rock and more. Check out the reviews, listen to samples of the new music at Local Spins. 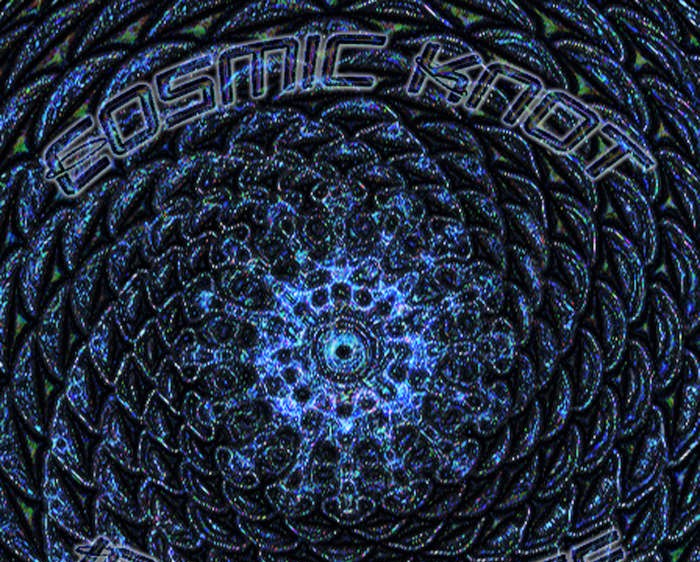 One of the Most Surprising and Impressive Releases of the Year: Cosmic Knot’s “Inner Space”

Browse more recent Michigan album releases in another Local Spins round-up here, including the debut by young Marshall blues-rock guitarist Jake Kershaw, who hosts a CD-release show at 7 p.m. today (Thursday) at The Stache inside The Intersection in Grand Rapids. 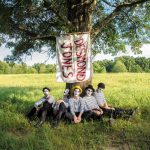 Desmond Jones’ self-titled release shows the band as a fully formed unit. Years of touring and writing coalesce in a jaunting eight-song album which spans funk, rock, jazz and fusion. Ever present is the band’s strange sense of humor, heard most prominently on the album’s lead single, “Good Song.” The tracks are steeped in playful experimentation, with moments reminiscent of Frank Zappa and late-era Beatles. But all that goes out the window on songs such as “I Recall,” a melodically disorienting musical journey for which I can make no clear comparison. Desmond Jones’ technical abilities are as evident on the album as they are in its impressive live show, but moreover, the band members’ talents as songwriters grow with each musical outing. Listening to these songs, it’s hard not to look at the album cover (featuring the band dressed as mimes) and wonder, “What were they thinking?” But it’s that sense of humor that helps make them such a fan fave. – Devin Anderson
Website: https://www.desmondjonesband.com/
Upcoming shows: Monday (Oct 23) at O’Toole’s in Grand Rapids with Melophobix; Oct. 27 at Union Street Station in Traverse City; Oct. 28 at Rare Bird Brewpub in Traverse City; Nov. 9 at New Holland’s Knickerbocker in Grand Rapids.
Listen: “Gold ‘Til the Grave” 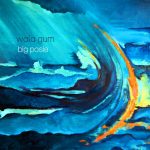 The palette of sounds on Wala Gum’s (aka Sean Stynes) debut EP, “Big Posie,” is otherworldly. From the distant opening chords of “Shark Attack” to the fuzz-driven riffing that concludes the title track, the EP is completely immersive. Written and recorded entirely by Stynes, the indie-rock tunes on “Big Poise” are fueled by smooth guitars and ethereal synthesizers. But there’s just as much to marvel at in terms of songwriting. These five songs contain an album’s worth of feeling, with lyrics and arrangements that ground and make whole such ambitious soundscapes. – Devin Anderson
Website: http://walagum.com
Listen: “Shark Attack” 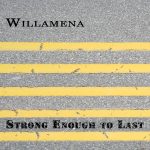 With their latest release, these Kalamazoo veterans of Midwest rock display their time-tested and intrinsic abilities to compose confident, genuine indie-rock refrains. On the EP’s title track, howling harmonica and electric guitar complement each other during the song’s intro before Lukas Ross’ emotive and gravely vocals take center stage. “Open Up the Stars” starts humbly, with simple but steadfast instrumentation. But it’s the sweeping chorus that transcends the song into a compelling movement. Piano, guitar, bass, drums and harmonica meld into a tangible, vibrant soundscape. Album closer, “Darkest Before the Dawn” is a lyrically hopeful sentiment with slow-burning, building instrumentation, shedding light on the band’s dynamic sensibility. Alternating between ballad-like, piano-driven verses and runaway interludes, the song inspires a musical sense of anticipation. Willamena has honed its craft, and with this new batch of songs, continues to excel in realm of infectious indie-rock. – Ricky Olmos
Website: https://willamena.net/
Listen: “When You Close Your Eyes” 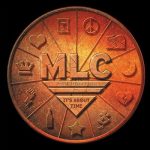 It certainly was about time. The spirited songs on Mid-Life Crisis’ latest album, “It’s About Time,” are fun, catchy and endearing from start to finish. The album recorded in a Chicago studio abounds with moments that evoke some of the artists Mid-Life Crisis has shared the stage with over the years, including ZZ Top, Kansas, Dennis DeYoung and Eddie Money. From the hard-rocking riffs on “King of Bad Ideas” to the Latin-infused groove of “Liar,” the album is rich with variety. Singing and songwriting duties are shared among the six members of the band, and yet, there’s a uniformity that seems to hint at a broader concept (see the band’s website for an explanation of the album cover’s symbols). “I’d make each day a celebration,” exclaims singer/guitarist Jeff Kruizenga in “Peace & Harmony,” and so it goes for each song on the album: a celebration. – Devin Anderson
Website: http://mlcband.com/
Upcoming shows: Saturday (Oct. 21) at Kuzzins Lounge in Grand Rapids.
Video: “My Pretty Jane” 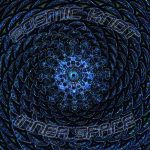 Every once in a while, a recording drops straight out of the blue – or in this case, straight out of the cosmos – to quite literally blow minds with its inventiveness, musicianship and downright grooviness. Cosmic Knot’s “Inner Space” is just such a recording. The studio debut by this West Michigan band led by multi-instrumentalist Tom Wall is at once psychedelic and genre-bending, straddling the galaxy between prog-rock, jazz, gypsy swing, jam-band meandering and funky blues while recalling everything from Pink Floyd to Porcupine Tree – and all tuned to a “positivity”-inducing 432 Hz. Listen to the passionate rendering of the soulful “Why Don’t You,” which builds to a glorious, sax-drenched climax, followed by the growling blues wallop of the epic “Ignite the Light” and you get the sense that this outfit can pretty much crush anything. Recorded at Bill Chrysler’s Third Coast Recording in Grand Haven with a hefty assist from an impressive cadre of musical cosmonauts (Hayaman Mana Tzach, Zach Gregory, Rolly Smith, Justin Wierenga, Justin Avdek, Brad Fritcher and Joe Hettinga), “Inner Space” may be the most surprising regional release of 2017 … if not one of the best. – John Sinkevics
Website: http://artistecard.com/Cosmicknot
Upcoming shows: 2-6 p.m. Saturday (Oct. 21) for Walk The Beat in Albion; Nov. 22 at Unruly Brewing in Muskegon
Listen: “The Breath of Time” 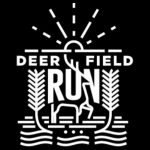 Deerfield Run’s debut release is best heard driving with the windows rolled down. The Grand Rapids band, featuring alumni from Big Dudee Roo and The Carboys, pulls no punches in delivering seven tracks of bluesy roots rock. Songs such as “Set Me Free” feel triumphant, while the hard-hitting instrumental, “Tracks,” booms with musical prowess. There are hints of country, too, with shimmering, twangy guitar licks courtesy of Alex Austin and Justin Dore. Austin and Dore – along with rhythm section Mike Kanoza and Matt Kuczynski – share a musical chemistry and a sense of style that make the album timeless. And with plans for a quick 2018 followup album, there’s likely much more to come. – Devin Anderson
Website: http://www.deerfieldrunband.com
Upcoming Shows: Oct. 26 at Founders Taproom in Grand Rapids with Nicholas James & the Bandwagon.
Listen: “Buick Regal” 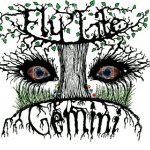 FlyLiteGemini’s self-titled debut release is nothing shy of ambitious. From the dissonant opening riff of “Row” to mock-fadeout of “Working Dead,” FlyLiteGemini – an offshoot of Kalamazoo’s Fly Paper – seems to have found a voice all its own. Singer/multi-instrumentalist Joe Chamberlin presents a distinct vision across the album’s 14 songs, accompanied by powerful rock ‘n’ roll drumming by Sam Rice. These guys certainly can play the blues, too, as heard on the speedy and aggressive “Love Sweet Love.” And amid all the lyrical expression and storytelling are hints of a folk sensibility, as heard on “Inside” and “Wild West,” which seemingly invite the listener to lean in closer … and the invitation is accepted. – Devin Anderson
Website: https://www.facebook.com/FlyLiteGemini/
Upcoming shows: Oct. 26 at Redwood Curtain Brewing Company in Arcata, CA.
Listen: “Love Sweet Love” 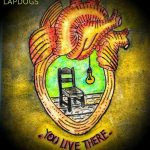 Lapdogs
“You Live There”

With their fifth release, the ever-evolving Lapdogs from Grand Rapids craft a roaring collection of songs. “Eyes to the Sky” serves as a driving, atmospheric album-opener with thunderous toms and shimmering guitars. “When You Said” follows with a gypsy-like swing and catchy, lungful lyrics. “I Wish I Did,” comes in as, quite possibly, the best song on the album (in both a striking instrumental and lyrical sense). Lush vocal samples harmonize in an intriguing intro before igniting a rollicking first verse. Next, a soft, piano-driven chorus highlights the softer side of NAME’s vocals. But it’s the following instrumental that grooves in a timeless and unapologetic manner – with tasteful electric guitar licks and a background of fitting, high-energy instrumentation. As the album concludes, “Cherish You Alone” infuses an alt-country essence with sorrowful lyrics. Banjos and acoustic guitars swirl around woozy electric slide-guitar riffs, and the fast-paced lyrical wordplay steals the show. Lapdogs offer up a unique, high-energy foray into indie-rock and alt-country, while clawing out a signature sound all their own. – Ricky Olmos