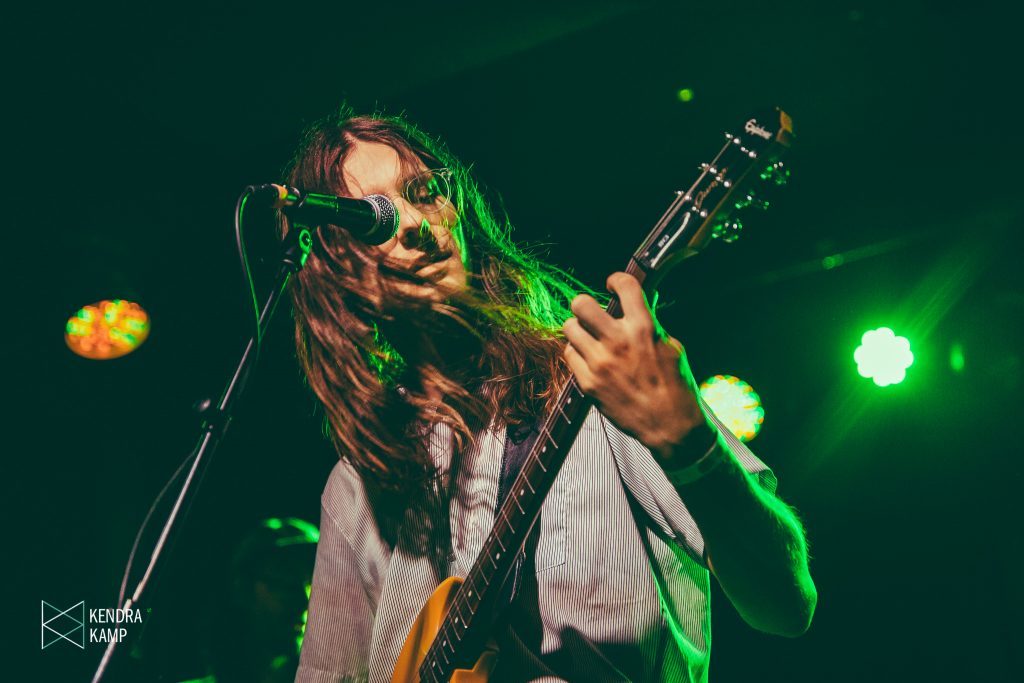 Listen to this week’s podcast here, with information and background about the featured artists and their music. And listen to full versions of the featured tracks below along with Major Murphy’s brand new single. 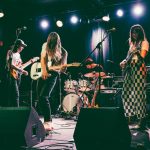 1) Major Murphy, “No. 1” and “Strangers” – The story of Major Murphy starts with lead singer and songwriter Jacob Bullard who previously was in a gorgeous sort of Grand Rapids folk outfit called Antrim Dells. But along with his betrothed and bassist Jacki Warren, as well as drummer Bud Voortman, he started Major Murphy as a dream pop project – and a band which now has incorporated indie-rock elements into its approach. After releasing three EPS starting in 2015, the trio released its full-length debut album titled “No. 1” this spring. They also just released a new single, “Strangers,” today (July 3). I hear elements of everything from The Beatles to more modern influences on their music, though they do say this album “reimagines 1970s radio rock with bristling sensitivity for our present era.” As Bullard puts it: “Through performing live over the past few years, certain strengths of our trio have kind of risen to the top. We have realized what songs we really connect to live and also what songs people in the audience connect to live and in some ways that kinda directs our course. In reality, I think we are only now beginning to find our style or genre or brand, whatever you want to call it. For me, it is the magic of collaboration that is largely impossible to know until you just start doing it. We started out with some more general, common interests that I think are still true but now are able to narrow our focus a little towards our individual strengths as we work on new material.”

The band has cultivated an impressive national following for its music, with the track “One Day” from the new album earning more than 790,000 listens on Spotify. Bullard credits that the band’s label, Winspear, which is “just super hard-working and well-connected. They really put a lot of effort into our album that came out this last March and I think that is paying off. I believe some success is pure luck for sure, but the music has to be decent at least when opportunity comes knocking so I am proud of ourselves as well.” Major Murphy has managed to create music that’s soothing and inspiring at the same time. They just wrapped up a short Midwest tour with Kevin Krauter and were just announced as part of the lineup for the big Audiotree Music Festival taking place in Kalamazoo in September, a festival that also features the likes of Father John Misty, Local Natives and Blitzen Trapper. They’re also playing a Farm Block Fest showcase at The Pyramid Scheme in Grand Rapids on July 25 and the GRAM on the Green series in downtown Grand Rapids on Aug. 9.
LISTEN: Major Murphy, “No. 1” 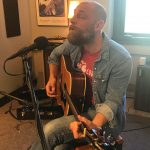 2) Brian Koenigsknecht, “Come What May” – Kalamazoo singer-songwriter Brian Koenigsknecht is as respected as any writer in Southwest Michigan. Now in his 40s, he’s long created incisive, brilliantly crafted songs, but has really upped the ante and raised his profile with his last couple of albums. While 2017’s “From the Shallows to the Deep” was a dark yet uplifting collection that really centered around coming to terms with his depression and bipolar disorder, his latest album, “Roswell,” is a more upbeat, up-tempo project that features a guest cast of well-known West Michigan musicians including Kate Pillsbury and Emilee Petersmark of The Crane Wives, producer Brad Frank, Jason Huber, Dave Izard, Chris Miroslaw, Phil Barry, Carrie McFerrin and others. And if you’ve ever seen Brian play live, his distinctive, beautiful voice will turn your head and perk up your ears. He plays Rupert’s Brew House in Kalamazoo on July 21 and will perform at Kalamazoo’s Ribfest on Aug. 4 with Pillar to Post – a band in which he’s been a member for many years – and a number of special guests and singers.
LISTEN: Brian Koenigknecht, “Come What May” 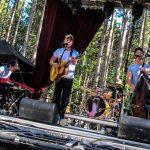 3) Michigan Rattlers, “Just Good Night” – So, the members of the Michigan Rattlers grew up in Petoskey, playing in various bands while attending school. Guitarist Graham Young and standup bassist Adam Reed are lifelong pals who eventually morphed their music into an Americana- and country-propelled affair, inspired by the likes of Gillian Welch and John Prine. After college, they moved out to Los Angeles, but still consider themselves a Michigan band as evidenced by their name, which helps them draw lots of Michigan fans across the country wherever they play. The band recently got a nod from Rolling Stone magazine and has racked up a lot of groovy tour stops this summer, including the Bonnaroo festival in Tennessee and two straight weekends at Electric Forest in Rothbury, which just wrapped up on Sunday. The duo has since added another Petoskey native and pal to its lineup, keyboard player Christian Wilder, with another friend, drummer Anthony Audia, joining them for part of their recent tour. I caught up with them at Electric Forest and they were definitely excited to be back home and basking in the national attention they’ve started to receive. They just released a new single, “Just Good Night,” which will appear on their upcoming full-length debut album, slated to be released in mid-September. They’ve actually been playing Michigan a lot this spring and summer and will be performing in Ann Arbor on Thursday (July 5) as part of the Sonic Lunch series. They’re fine songwriters and wonderful performers, and fans of Steve Earle, Ryan Adams, Jeff Tweedy, Kacey Musgraves and alt-country in general should find a lot to like with these guys.
LISTEN/WATCH: Michigan Rattlers, “Just Good Night”