The “adventurous” event at Mill Point Park will also star The Way Down Wanderers and Arkansauce. Get the lowdown about this first-time event at Local Spins. 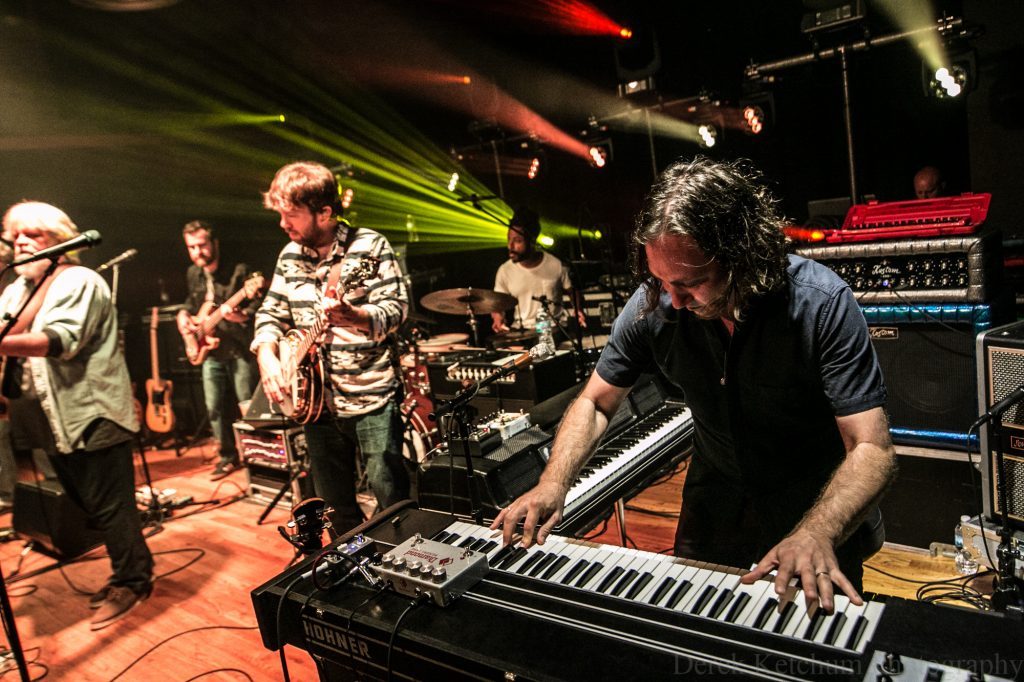 SCROLL DOWN FOR VIDEOS OF FEATURED PERFORMERS

To celebrate the 25th anniversary of Earth’s Edge in Grand Haven, owners Karl and Sara Tucker of the outdoor gear retailer wanted “some feel-good music from well-known bands.”

So, they teamed up with the Spring Lake-based nonprofit organization Courtyard Concerts to throw a one-day festival starring Colorado “slamgrass” band Leftover Salmon, Chicago’s The Way Down Wanderers and Americana/folk’s Arkansauce.

The anniversary celebration kicks off at 2 p.m. Saturday (Sept. 7) at Mill Point Park in Spring Lake in what Michelle Hanks of Courtyard Concerts and Seven Steps Up calls “the biggest and most adventurous event” they’ve ever assembled. 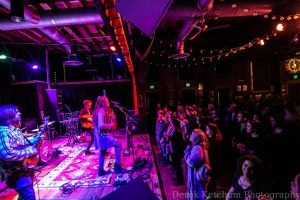 West Michigan Faves: The Way Down Wanderers have built a big audience in the region. (Photo/Derek Ketchum)

Hanks noted that none of the three national touring acts has ever played Spring Lake, including the much-buzzed-about headliner Leftover Salmon, a self-described “polyethnic Cajun slamgrass” band.

Although Chicago alt-folk faves The Way Down Wanderers have performed regularly in other West Michigan communities, this is the band’s first Spring Lake appearance. And opening act Arkansauce only recently played its first Michigan show at Bell’s Brewery in Kalamazoo.

“We could not ask for a better lineup. This is the type of music we know well. The quality of music will be incredible. The place will be spinning and dancing all day long,” said Karl Tucker.

“We were looking for some feel-good music from well-known bands for the celebration.”

‘THE BIGGEST AND MOST ADVENTUROUS EVENT’ EVER FOR COURTYARD CONCERTS

The event will also feature numerous outdoor vendors, including North Face and Patagonia, children’s games, and food and beer trucks.

Courtyard Concerts, which has held an outdoor event the past five years outside the Seven Steps Up listening room, was aiming to go bigger for its annual celebration as well.

“The area outside Seven Steps Up was not suitable for Karl and Sara’s grand vision for this event,” Hanks said. “This is by far the biggest and most adventurous event we have done.” 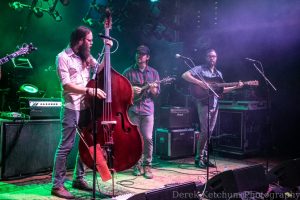 She added: “Courtyard Concerts has taken over the Summer Session Waterfront Concert Series (at Grand Haven’s Lynne Sherwood Waterfront Stadium) as well, so this is a great partnership, and we have the tools and experience to make this happen.”

Tucker said he’s grateful for the community’s support of Earth’s Edge and the upcoming anniversary celebration for which about 2,000 tickets have been sold, with hopes of drawing 3,000 people.

“It is awesome to give back for Earth’s Edge, to give back to the people who have supported us for over 25 years,” he said. “And all the proceeds from the concert go to Courtyard Concerts, a great local nonprofit: It just keeps on giving.”

Tickets to the rain-or-shine event are $15 in advance, $20 at the gate — available online here or in-store at Earth’s Edge in Grand Haven. Children younger than 10 are admitted free with ticketed adult.

Festival attendees are encouraged to bring their own chairs. Gates open at 1:30 p.m., with Arkansauce performing at 2 p.m., The Way Down Wanderers at 3:30 p.m., and Leftover Salmon at 5 p.m. More info online here.

VIDEO: The Way Down Wanderers, “Illusions”

VIDEO: Arkansauce, “Next Time Around