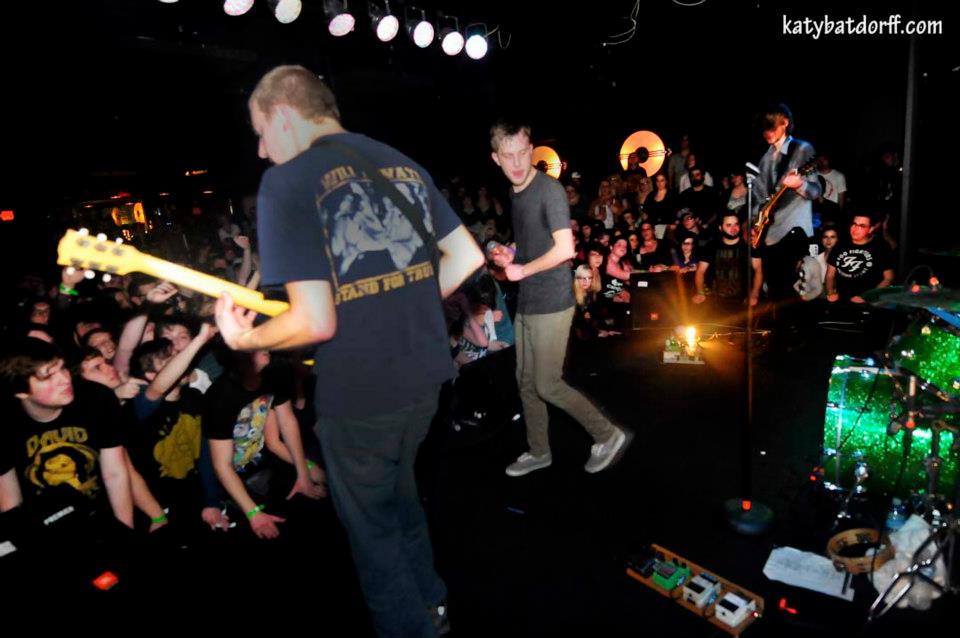 Giving Back to a Hometown Cause: La Dispute (Photo/Katy Batdorff)

THE BAND: La Dispute
WHAT THEY PLAY: Experimental, post-hardcore rock
WHERE YOU CAN SEE THEM: The Pyramid Scheme in Grand Rapids, 7 p.m. Tuesday (May 24), concert is sold out

Grand Rapids was a different place for music when Jordan Dreyer was growing up.

These days, between a handful of venues, you can find solid tunes pretty much any day of the week. But 10 years ago, the most important place for local music in the city was a budding, rectangular art gallery on South Division Avenue, now lovingly remembered as the DAAC. 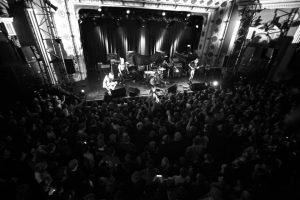 It was there that Dreyer, a youngster with a growing appetite for the visceral punch of live shows, was able to cut his teeth in the world of music.

From those humble origins, La Dispute has become a local legend of sorts. Dreyer and his bandmates, Chad Morgan-Sterenberg, Brad Vander Lugt and Adam Vass, have traveled the world with their driving, narrative style of experimental post-hardcore and are a household name in the genre.

But their formative years in the sweaty confines of 115 S. Division Ave. are far from forgotten.

“It’s pretty significant in the history of our band. We played a lot of our first shows at the DAAC. We received a lot of early support from them as an establishment and from the people involved with throwing shows. So, it’s always been important to La Dispute,” Dreyer said.

“Still to this day some of the most remarkable experiences I’ve had centered around art and music were at the old location on South Division.” 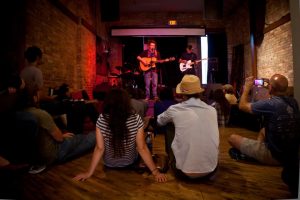 As a physical establishment, the Division Avenue Arts Collective shut down in August 2013 after the building’s landlord sold the property. Since then, organizers have been raising money to fund a new location – an effort La Dispute is supporting when the band returns to Grand Rapids next week to play a benefit show for the DAAC on Tuesday (April 7) at Calvin College’s Covenant Fine Arts Center.

“I think it’s important to have an all-inclusive space, something that’s malleable, cooperatively run and driven, and open to anyone,” Dreyer said. “While there’s so many great things going on in this city, more so than there were, it’s really important that we have that space again.”

The DAAC benefit show is part of a small run of La Dispute shows billed as a “seated alternative performance.” The band’s current tour, which kicked off last month in Texas and will be followed by a month-long stint in Europe, has the band trying out some new looks as well as some old ones.

“We’re doing a bunch of seated shows at more intimate venues … and we’re doing a few that have a quieter vibe, playing some slower songs and stuff we haven’t played in years,” Dreyer said. “So we’ll try and supplement that with some newer creative bits. It’s substantially different than things in the past and should be a lot of fun.”

PUSHING EFFORTS TO BOLSTER THE DAAC, RESTORE AN ALL-AGES SPACE FOR SHOWS

While the DAAC continues to carve out its new home, the DIY community that it kickstarted hasn’t been sitting on its hands. The past two years have seen successful iterations of the Lamplight Music Festival, organized in part by DAAC board members, as well as the rise (and sometimes fall) of a number of house venues. 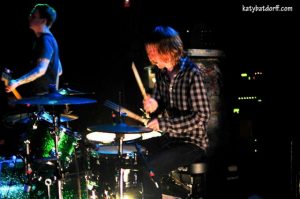 People working in the city’s DIY community today still are spurred by their experiences at the DAAC and the success of bands like La Dispute.

“La Dispute are hometown heroes in the Grand Rapids DIY scene,” said Tyler DeCoeur, frontman for local outfit The Cardboard Swords and an organizer for DITGR (Do-It-Together Grand Rapids). “In addition to what they are doing for the DAAC, they have given back and chosen to use their music to benefit their community in a couple unconventional ways that set them apart in my opinion.”

Each year, the La Dispute puts their discography on Bandcamp as a pay-what-you-want option for 24 hours during the holidays, DeCoeur said, and the money raised is donated to local nonprofits.

In addition, the group started its own record label, Better Living, in order to be able to use their music to help causes they support. Some of the organizations they partner with include 826 National, Girls Rock Camp Alliance, Teenage Cancer Trust, Stop The Traffic and others. 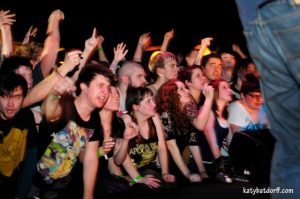 A point upon which both the band and the DIY community agree: the importance of an all-ages space.

While that might be easy to forget when fans are standing in the middle of a capacity crowd at Founders, a huge piece of the city’s youthful music community is barred from shows because of its age.

“Age-limited shows and bar shows exclude a key chunk of the music scene’s demographic,” DeCoeur said. “Teenagers are important, and I spent many of my formative years in spaces like the DAAC. Having an opportunity to participate in cultural development in my city is what gave me the passion for being involved with it.”

Dreyer agrees. While the music scene continues to grow in Grand Rapids, having a space for local creators to practice their craft and fall in love with music, regardless of age, is paramount to cultivating an enduring musical community.

“It’s super important to us and always has been, and we were very fortunate to have it for so long, because a lot of cities don’t,” he said.

For more information on La Dispute, visit ladisputemusic.com. For tickets – $20 general public, $5 Calvin students — to La Dispute’s DAAC benefit show, go online to calvin.edu/sao. All proceeds from the concert will go to the DAAC.