Electro-pop’s Less is More aims to broaden its musical universe as it departs West Michigan. The band plays a farewell show at Bell’s Brewery on Saturday night. 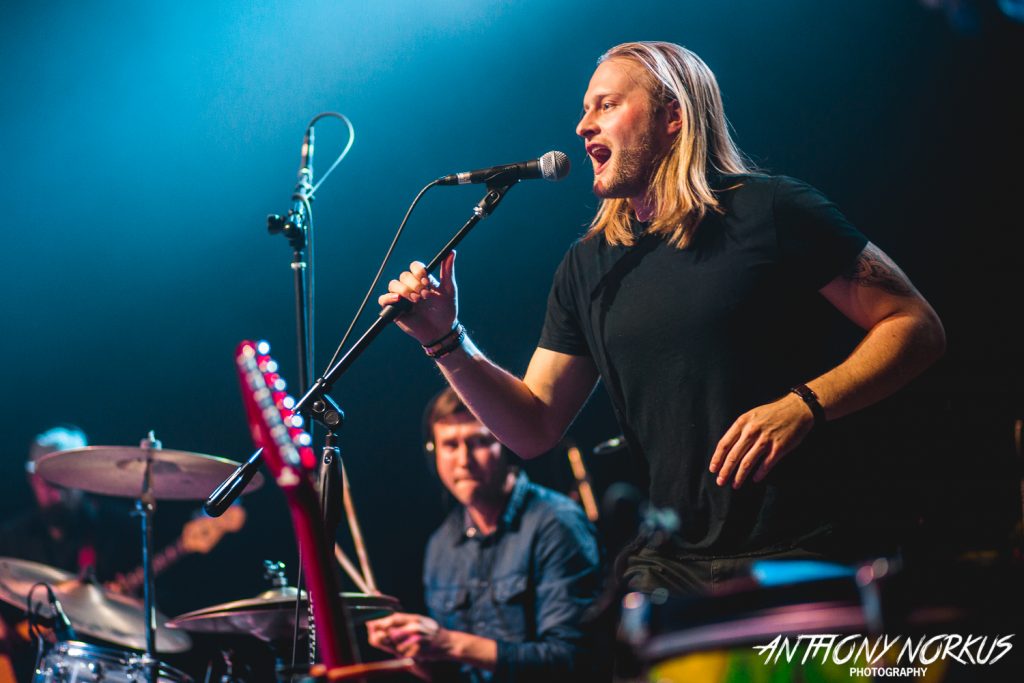 Kalamazoo’s Less is More has collectively decided that more, not less, might indeed be what the band is seeking — at least when it comes to the size of the electro-pop act’s home base.

With new music being readied for release and a name change on the horizon, the quartet is preparing for its last show in Kalamazoo at 9 p.m. Saturday (Dec. 9) at Bell’s Brewery Eccentric Cafe before founding members Jane and Brian Spencer pack their bags for the glitz and glamour of Los Angeles. 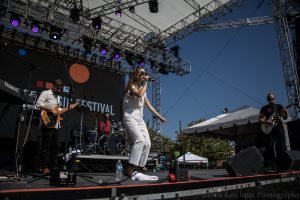 The band, which began as an Indy folk duo comprised of Brian Spencer and the then Jane Finkel in 2010, has in recent years traded in its rootsy sound for a more genre-spanning soul-pop flavor with touches of electronica, hip hop and rock at the base of it all.

The addition of drummer M. Sord and bassist Matt Milowe (Cold Mountain Child) has had a lot to do with the transformation and that’s something the Spencers plan to take to Los Angeles with them as they continue to broaden their musical horizons — even if they are moving alone.

“When we first moved to Kalamazoo (in 2015) we knew that it was going to be home for a brief period of time, but we didn’t know how brief. We just knew that we needed to get into another stage of our artistry,” said guitarist/vocalist Brian Spencer, who heralds originally from the Lansing area.

“We thought that would just be a progression of Less is More which it has been but now it has developed into essentially a new project with collaborative efforts from Sord and Milowe and (lyricst) Anna Schmitt, as well as others. We are hoping that we can continue to collaborate with both of them, it just kind of depends where they are at with their creative ventures. Collaboration is pretty easy now that technology is where it is. So even if we are not in the same area we can still end up working on new music together or touring together.”

NEW MUSIC AND A NEW NAME ON THE HORIZON

Before they turn in the Great Lakes for the Pacific Ocean, however, Less is More intends to polish up a half dozen new tunes that they recently recorded with Bill Skibbe at the Key Club in Benton Harbor. 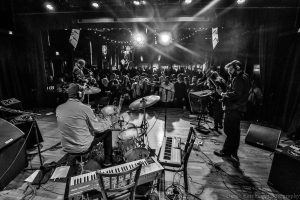 Three of those songs, “U & I,” “Kind of Day” and “Need,” have already been being played out while the other three recently recorded are under wraps for now. Plans call for all of those songs, along with others in the works, to begin to be released in early 2018.

And while the band’s sound continues to evolve, and the lineup readies for potential changes in the near future, Spencer said it is only fitting that the name undergoes a change at this time as well. Just what that new name will be isn’t set in stone yet, but the guitarist did say there is one they are tossing around quite a bit at this time — FINKEL.

“Less is More isn’t really fitting the sound anymore and this new project is close to home and is kind of a development since we just got married this fall,” he said. “We are both named Spencer so we thought it would also be apropos to continue to both be Finkels at the same time since that is Jane’s maiden name. It kind of fits that electropop, soul pop vibe too.”

While Dec. 9 will be the be band’s last show before heading west (after playing a series of gigs in Hamtramck, Chicago and Davenport, Iowa earlier this month), and possibly the last with this particular lineup, Spencer said not to worry, that they’ll definitely be back. 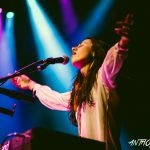 “We have really enjoyed our time in Kalamazoo and are going to consider it our Michigan home base,” he said. “It has become a very special place to us and we are sad to be leaving it, but we are also excited to bring a little bit of Kalamazoo out to the west coast. We plan on being back and touring in the Midwest as soon as we can and are excited to begin playing all of these new songs out.”

Less Is More, featuring M. Sord, will perform Saturday night at Bell’s with Out and Purple Lemurs also on the bill. Tickets for the 21-and-older show are $8 advance, $10 day of show, with doors opening at 8 p.m. Get tickets and details online here.

Read more about the band’s background and transformation from folk duo to genre-spanning electro-pop act here in this February story at Local Spins.