The St. Louis-based musician, songwriter and Cornerstone University alum soaked up elements of rock while playing in Grand Rapids bands. She’s home this week to perform in support of “Evergreen.” 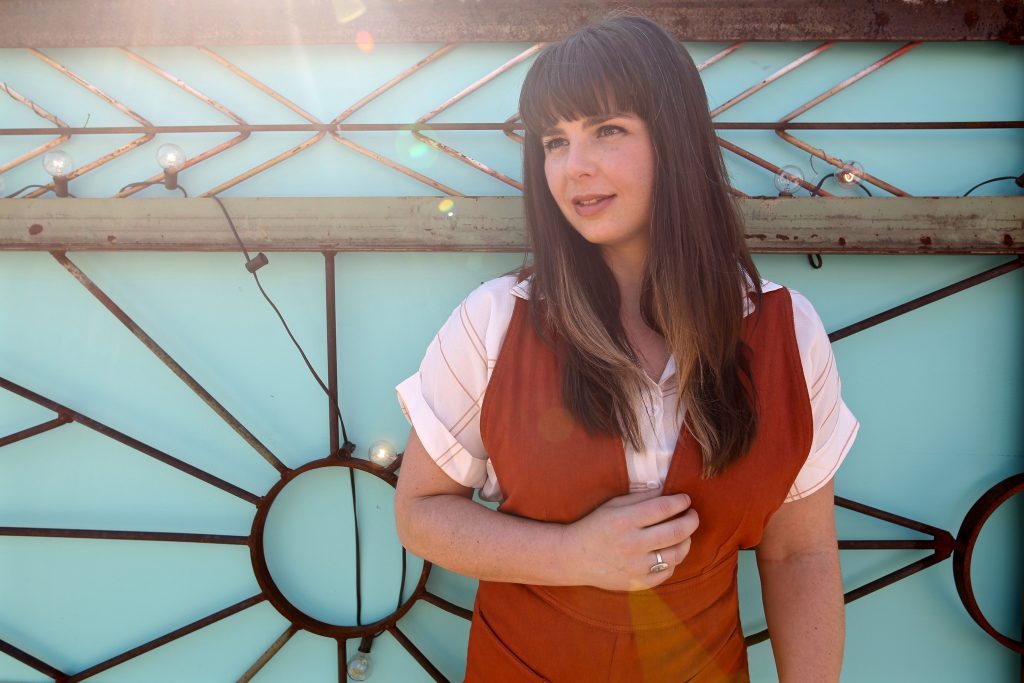 “Ever youthful, ever wide-eyed, but still strong. To be able to weather anything that life throws your way. I want it to have that feeling,” singer-songwriter Beth Bombara said of her latest album “Evergreen,” reading from a notepad during a recent phone interview with Local Spins.

Reflecting that attitude, the St. Louis-based artist was heading out on tour the next day, with a stop Friday back home in West Michigan at Holland’s Park Theatre.

She arrives with fond memories of her early musical forays in Grand Rapids. Before launching a solo career in St. Louis, Bombara was a student at Cornerstone University in Grand Rapids, and before that, a Jenison High School student who loved playing in bands with friends. 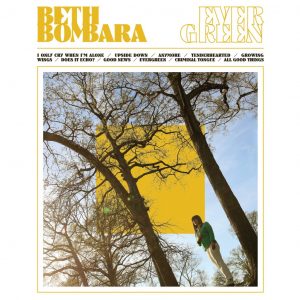 At 16, she joined her first band, Green Means Go, which appeared regularly at the since-closed, all-ages Skelletones, one of the only Grand Rapids venues where minors could play shows at the time.

”If I hadn’t had that experience when I was really young, and realized that, ‘Wow, I love being in a band, writing songs and playing with other people’ … yeah, that’s where I really discovered that I enjoyed doing that,” Bombara conceded.

After playing in many Grand Rapids bands, Bombara was encouraged to go solo. So, she started writing on her own and released her first solo album, “Map and No Direction,” in 2017.

Bombara’s rock, folk and Americana stylings have been influenced not only by the time she’s spent in St. Louis, but also from her experiences in Grand Rapids.

”I think a lot of the more rock elements I picked up when I was living in Michigan,” Bombara said. “When I moved to St. Louis, they had a really rich blues history attached to the city. And also I started seeing musicians that were really into Ozark folk music, which is in Missouri.”

Bombara believes the Detroit rock scene bled into West Michigan, giving her the edge that makes her music unique. When blues, folk and tiny hints of country are stirred into the mix, the Michigan girl-turned-St. Louis musician was born.

IN ‘A MORE POSITIVE PLACE’ WITH A NEW VIBE AND BAND

“Some of my best ideas for songwriting come when I’m not trying to write,” Bombara said. “And it’s usually when I’m in physical motion: driving a car, walking or riding my bike.”

While her first album set the tone for the kind of musician Bombara is now, “Evergreen” was written in a more positive place, with a better outlook on where she wants to be, and why.

“Songwriting-wise and thematically, I feel like when I was writing ‘Evergreen’ I was at more of a positive, optimistic place in my life,” Bombara said. 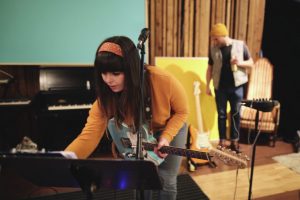 In the Recording Studio: With a new band and new approach. (Photo/Nate Burrell)

“And I was feeling more confident and more with a purpose when I was writing ‘Evergreen.’ When I was writing my previous album I was struggling with self-confidence issues and issues of purpose, like why am I doing this?”

Not only does the inspiration, feeling and emotion represent a change, but so does the band and recording style. Bombara lined up a new band for the project and tracked the entire album live.

“It created such a different energy, a different feel to it I think, and I’m really into that vibe,” Bombara said.

This will be the first time that Bombara gets to show off that band and vibe for family and friends in Michigan, which makes it that much more special and exciting — much like her new album.

”You can take the word ‘Evergreen,’ she said, “and think of something new: that excitement, but also that strength.”

Tickets for Friday’s show are $10 in advance and available online here. West Michigan’s Olivia Mainville and Alexis Brooke will open the evening.

VIDEO: Beth Bombara, “I Only Cry When I’m Alone/Upside Down”