With a full slate of campers and well-known instructors, the Oct. 11-14 event at Camp Blodgett boasts workshops, special performances, a benefit concert and plenty of jamming. 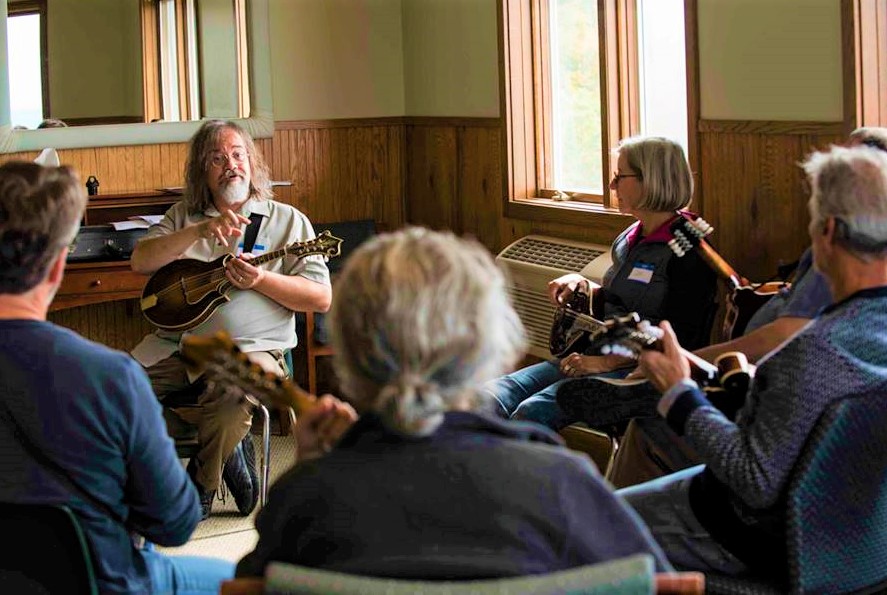 Instruction from Top-Notch Players: Mandolinist Don Julin is once again part of the camp’s staff and plays a benefit concert on Oct. 13.

For Jason Wheeler, it’s all about spreading the love of traditional American music.

The Fauxgrass mandolinist organizing the second annual Great Lakes Music Camp later this month at Camp Blodgett along the Lake Michigan shoreline knows that the instruction from renowned players, the instrumental jamming and the special concerts create an experience campers will long remember. 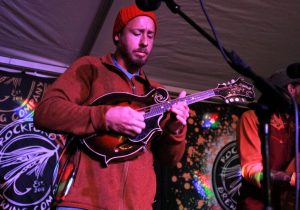 “I want to expose people to the heritage and culture around this traditional American music,” Wheeler said. “And in jamming for a few tunes – the camaraderie, and feeding off each other onstage, you have a great time. You don’t get to play with your heroes on an everyday basis. I am glad that I got to facilitate this opportunity.”

The Great Lakes Music Camp returns to Camp Blodgett in West Olive for the second year, running Oct. 11-14 with a wide array classes and workshops all weekend for guitar, banjo, fiddle and mandolin, as well as songwriting-related topics. All classes are led by instructors who are well-versed in their respective instruments and work as professional touring performers themselves.

Every evening during the camp will boast a special concert. And on Saturday night (Oct. 13), the camp will host a benefit concert titled “Pickers in the Round,” featuring all of the instructors performing in separate “bands” during the first set. The second set will be headlined by Traverse City’s Don Julin Quartet.

The Saturday show is open to the public; tickets are $20 and available online here.

EXPANDING THE ‘LABOR OF LOVE,’ SHARING SOMETHING SPECIAL

Last year, the camp sold out, with 40 campers signed up. This year’s camp has expanded slightly; it’s sold out for overnight campers but a few spots remain for day campers who are willing to commute to Camp Blodgett for the daily programs. The cost for day campers is $350, or $150 for Saturday only. Get details online here.

“The camp was created from a love for this type of music, and the desire to spread and perpetuate these tunes for as many people as we can,” Wheeler said. 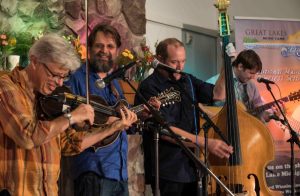 On Stage: Performance and jams are part of the four-day camp.

“It is about people sitting ‘knee to knee,’ circling up and not only playing these songs, but learning about the stories and history behind them. Hopefully, everyone there will gain something special from it, and the love for this type of music will find its way out into the world.”

Wheeler said he’s also thrilled to have received such warm support and feedback from the community for the camp.

“I’m really grateful,” Wheeler said. “We have been so well received. The community is recognizing what we are doing for the sake of music, and it means a lot. The community has been awesome. It is really gratifying.”

Wheeler said the camp has been a labor of love, more than it has been for profit, and his team has been working on planning and logistics of the event for about six months.

“Filling up as fast as we did this year is not only reassuring to us, but it allows me to focus now on the most important aspects of the camp – namely, making it a great, beneficial experience for everyone involved.”

The Friday evening concert will feature a few songs played by the instructors and their featured instrument, as a way to introduce each instructor and demonstrate what they can do. This will help attendees decide which Saturday classes would best fit their needs and focus.

Proceeds from the Saturday night benefit concert will go directly to the Grand River Watershed Arts and Music Council. The effort is to raise money for local watershed cleanup efforts spearheaded by the Council, including Waterfront Fest every June.