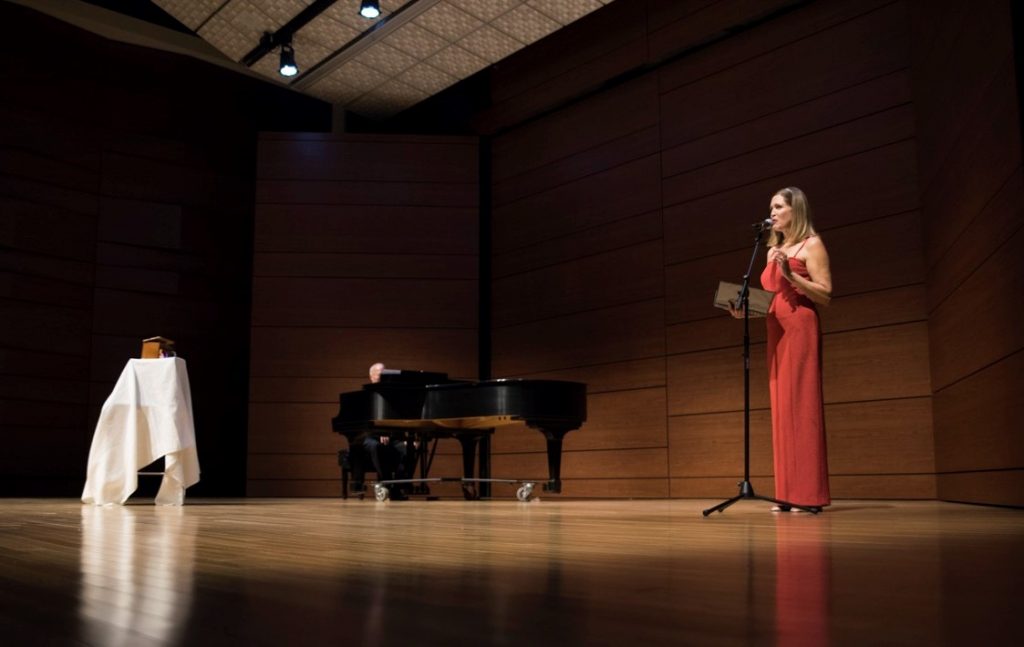 Not so long ago, the music center at Grand Rapids Community College was in such disrepair, it nearly cost the college its accreditation from the National Association of Schools of Music. This fall, GRCC has celebrated the building’s re-opening after a year-long, $8.5 million renovation, the money coming entirely from private donations.

Now named after the late chairman of the Grand Rapids Junior College Humanities Department, from 1947-1983, the Alfred P. Smith Music Center is home to an acoustically excellent and flexible performance space named after the late Linn Maxwell Keller, who had a stellar career as a mezzo soprano and was an ardent supporter of collegiate-level music, including GRCC. 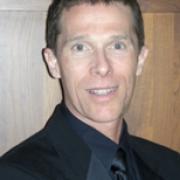 LS: Why was this building renovated?
Dobreff: The building was built in 1922. It was originally the phys ed annex to a middle school. The college used it as their field house until 1978, at which time they built the Ford Fieldhouse, and this building was going to be demolished. Albert P. Smith worked with the president of the college to prevent that from happening.
It was never renovated (work was done in 1980) to the necessary specifications to accommodate music. Where we performed was basically a gym. It had a gym floor and gymnasium acoustics. Air handling, fire sprinklers, sound transfer issues…I would be in my office on the first floor, and I could hear what was happening on the third floor, and also on the second floor. You could hear everything. It was difficult to record, difficult to have practice sessions. For music, that’s not acceptable.
They tore it down to the bare studs. We worked with an acoustical consultant, Acoustics By Design. It was a three-year process where we studied the use of the building, the numbers of people who came to performances, traffic patterns, how the faculty (eight full-time, 10 to 15 adjunct) used building. We had great involvement. A year ago May, they demolished the interior of the building.
It couldn’t pass the necessary specifications that were required for the National Association of Schools of Music. Two accreditations ago, they said we need a new performance space, so in 2005, we started using Royce Auditorium (in St. Cecilia Music Center). In 2015, they came again and said we still have problems with sound transfer and acoustic issues.
We never had difficulty accrediting the program. We have excellent faculty and a wonderful curriculum. But the space was so bad, it didn’t allow us to do teaching and learning the way it should be. Students look at the fine arts centers at their high schools, then they walk into our place, and it was such a terrible turn-off (and deterred student recruitment). Now I love showing off the space and it’s good for recruiting, too. 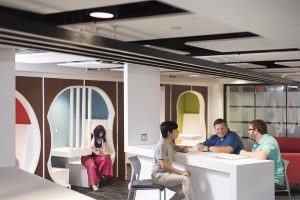 LS: After many years of promises and disappointments when it came to finding the money to fix the music building, where did the $8.5 million finally come from?
Dobreff: When (former GRCC President) Steve Ender came to be our president eight years ago, he told me he was going to work really hard to raise the funds to renovate the building…The money came from several primary donors: Rich and Helen DeVos, the Frey Foundation, the Keller Foundation, and the Meijer foundation. It was all privately funded.
(Smith) was totally responsible for the formation of this department…When it came time to name the building, there was absolutely no question that his name should be on it… The Keller Foundation donated a significant amount of money for the recital hall. She (Linn Maxwell Keller) was a supporter of the arts at the college, a great mentor to our vocal majors, supported the Bach competition at the college. She worked with the head of piano students to coordinate that program. 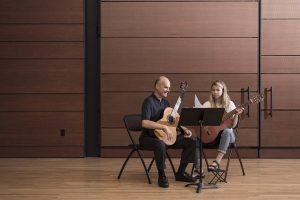 ‘Learning is Heightened’: The new recital hall at GRCC.

LS: So what’s new in the building?
Dobreff: They blew it up, and now it’s a completely different space….it didn’t have good airflow, it was noisy, it was dark and dingy, it was crowded, it was uncomfortable. Now it is open. There are lot of places to sit and accommodate students. There is a brand-new student commons where they can sit and collaborate. There are 16 practice rooms, sound-proof, and only students can get back there with their ID cards. It’s safe and secure.
The faculty and the students feel valued by this. Before, you were working with spaces that didn’t accommodate music, that weren’t built to embrace the creativity of music. Now they understand the space was built to create the music, to create art, and learning is heightened. When I’m in the classroom, when I’m creating music here, I feel empowered. I’m inspired. 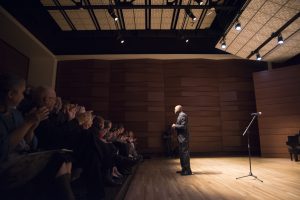 LS: What is your favorite part of the new music center?
Dobreff: The recital hall is an acoustic gem. You sound beautiful in it. It embraces all the instruments. We can tune the acoustics. We have banners that can be raised and lowered so we can accommodate any size of ensemble.
The recital hall is built to accommodate 104 people in the seats. We can make it more intimate – we could seat people in the round. We use St. Cecilia for performances yet, the large vocal ensemble performances. We have the Collage Concert we do once a year; that will be performed at Jenison Center for the Arts.
For music majors, we have about 140 who have declared music as their program. We serve hundreds of other non-music majors who take our classes and perform in our ensembles.
And we rent this space to community organizations. For example, the Grand Rapids Choir of Men and Boys; we host the Schubert Male Chorus, and the Kent Philharmonic. This is their home as well.