The West Michigan visual artist and musician moved to France in early 2020 and has embraced the vibrant city. Learn more about his relocation and upcoming Americana/punk album; listen to a new track. 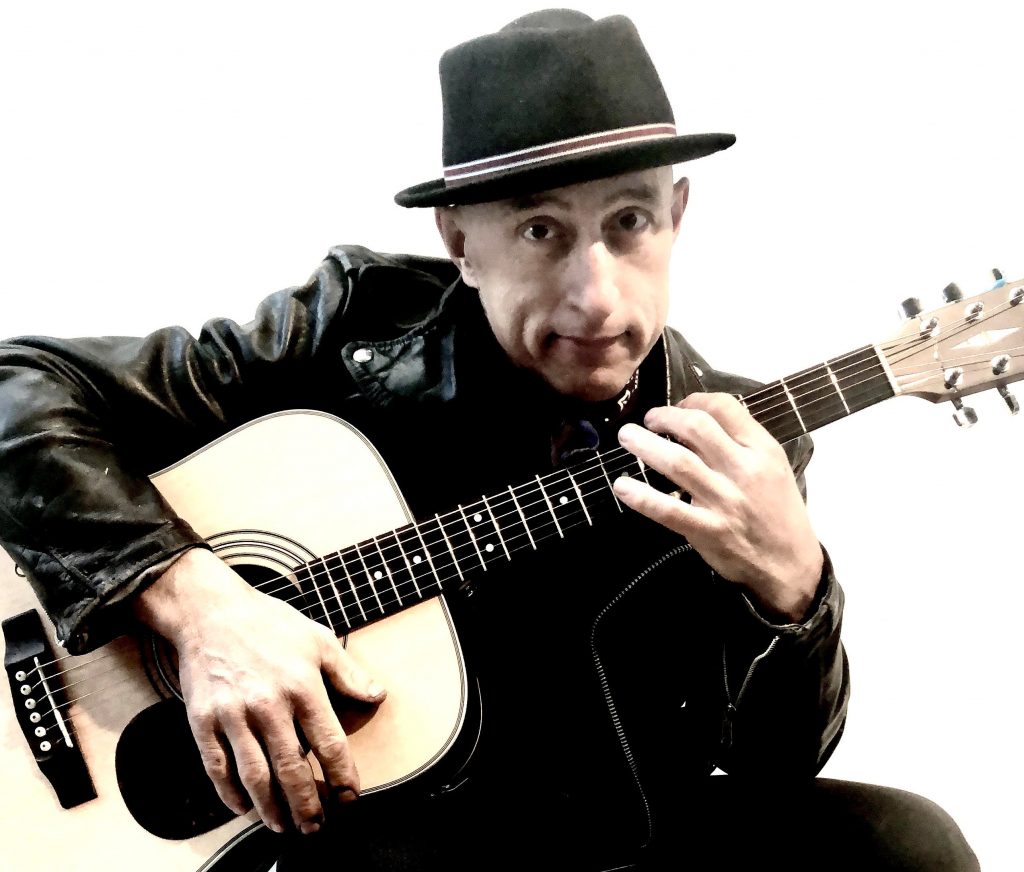 SCROLL DOWN TO LISTEN TO A TRACK FROM THE NEW ALBUM

As a visual artist and musician, Rick Beerhorst has long had a taste and a penchant for exploration, the unexpected and taking risks.

He eagerly embraced Grand Rapids’ New Wave and punk scene in the 1980s after graduating from Calvin College, dabbled in various bands and solo projects, spent a year with his family in New York playing coffeehouses, and later formed the punk-meets-off-kilter-folk band The Wealthy Orphans upon his return to West Michigan.

Often working at the intersection of music performance and visual art, Beerhorst began making regular trips to Germany a couple of years ago after meeting a German sculptor at an artist residency.

Eventually, the draw of European life led to a permanent move. Beerhorst settled in Paris at the beginning of 2020, even though he “did not know one soul” in that city at the time. 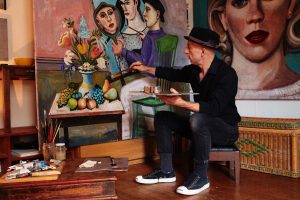 A ‘Very Inspiring Place’ for an Artist: Beerhorst at work in Paris. (Courtesy Photo)

“It has felt like I’ve fallen into an ancient famous city whose twisting narrow streets promise never-ending adventures,” said Beerhorst, citing everything from the bakeries, cafes and museums to pop-up tents for the homeless and those who “dress like Vogue models” strolling the streets.

“It would not be an exaggeration to say Paris is enchanted. I often think of how Picasso’s work as well as Van Gogh’s work blew open soon after they arrived. This is indeed a very inspiring place for an artist to live and do their work.”

That inspiration not only has led to an upcoming solo exhibition of Beerhorst’s artwork at Paris’ Sobering Galerie, but the recording of a new solo album set for release on Germany’s Ziegel Records in February.

Written while living in a tiny apartment in the Latin Quarter, “Ol’ Paris Town” was born of the “romantic adventures” that Beerhorst has experience in recent years.

“I was just writing out of the experiences I was having living here in Paris. The themes are mostly love songs with Paris as a backdrop. I had a six-month love affair that provided much of the material,” he said.

“After being married for 29 years, I had a lot of romantic adventures over the past three years which gave me much inspiration. When you first fall in love and that extra glow it gives to everything and everyone. There is something about being in love that seems to alter reality. And if you can get that going by just being in love with life itself, well then you are really onto something for sure.”

The tracks were recorded on Beerhorst’s phone using the GarageBand app, then enhanced and produced by friend and label owner Markus Beer in Bavaria. The album contains 10 tracks, “whittled down from 19.”

“It’s been a beautiful co-collaboration with a man who has since become one of my closest friends,” Beerhorst said. “Our last names were a clue from the universe that we shared a destiny.” 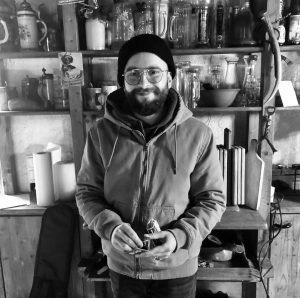 As for the stylistic direction of “Ol’ Paris Town”: “I would say these tracks are haunted by the ghosts of Lou Reed, Johnny Cash, Sam Cook and Ian Curtis – a sort of braiding together of a bluesy Americana, a romantic velvety sentiment and a ’80s punk minimalism.”

While Beerhorst has been inspired as a songwriter in Paris, the coronavirus pandemic has severely limited his performance opportunities.

“All of that is almost completely shut down,” he said. “Lately I’ve been playing outside in my favorite park and capturing it with video to share on social media and sometimes playing with friends.”

COVID, he said, “has a way of throwing a heavy dark blanket over the people here. The outdoor cafes and restaurants where people love to meet are all still shut down. There are stories of suicides because of people feeling so hopeless. The police and the soldiers look the same dressed in body armor and often toting machine guns, the imposed curfew. I sometimes feel like I’m my father’s experience of living in Holland during the occupation except it’s the French government, not the Germans.”

Under these circumstances, he insisted, “being creative, making art, music and making love … are even more important now (as) an excellent antidote for fear and I think fear is the real virus we are up against in these times.”

As for the future, the longtime Grand Rapids resident said he plans to remain in Paris for the next year. Then again, “that could change next week,” the adventuresome artist conceded. “I just keep listening.”