The award-winning keyboard player, composer and co-leader of the Mind’s Eye modern jazz quartet has become an in-demand musician amid West Michigan’s lively jazz scene, which includes this weekend’s GRandJazzFest. 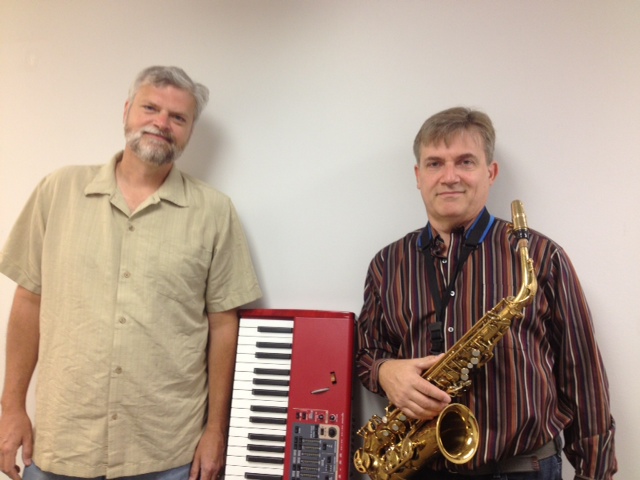 Have jazz charts, will travel.

It’s helped Talaga establish an impressive career as a full-time musician who not only performs with about a dozen different bands across the region, but one who’s been showered with awards since college, released a host of acclaimed solo and band recordings, and earned a reputation for compelling, style-bending jazz compositions.

“You try to be as versatile as possible,” says Talaga, a part-time music instructor at Hope College who’s also taught at Aquinas College, Grand Valley State University, Cornerstone University and Blue Lake Fine Arts Camp. “That’s the key to making a living in the business.”

That same approach applies to multi-instrumentalist Tom Lockwood, a bassist, saxophonist and flute player who performs with Talaga, trumpeter Rob Smith and drummer Keith Hall in Grand Rapids’ modern jazz quartet Mind’s Eye. “If you read music, it opens up a lot of different avenues and being able to play with different people,” he offers.

As half of Mind’s Eye, the duo brought that versatility to the studios of News Talk 1340 AM (WJRW) for Local Spins Live this week to perform “In Good Spirits,” a song written by Quincy Davis, the band’s former drummer. Check out a podcast of the show here, with a video of their performance below. (And click here for a story about guitarist Jack Leaver, also featured this week as part of the Local Spins Artist Spotlight.)

THE 2008 JAZZ MUSICIAN OF THE YEAR 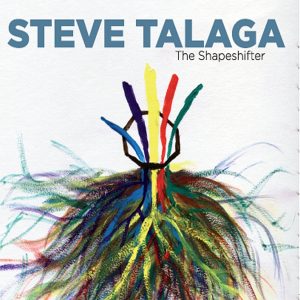 A song from Talaga’s 2011 album, “The Shapeshifter,” won third place in the International Songwriting Competition.

As part of Mind’s Eye, he’s played the prestigious Montreaux Jazz Festival in Switzerland and the Montreaux-Detroit Jazz Festival, and music from the band’s “Seasons” album was featured on the nationally syndicated public radio program, “Jazz After Hours.”

The pianist, composer and arranger earned bachelor’s and master’s degrees in music from Western Michigan University, as well as a bachelor’s degree in broadcast and cinematic arts from Central Michigan University in Mount Pleasant, where he spent several years as a producer and on-air personality at CMU Public Radio.

It all really started at age 4 or 5, when Talaga sat down at the piano and began playing by ear, taking lessons sporadically as a youngster. But as a student at Bay City’s All Saints Central High School, he heard jazz for the first time and “really, instantly just fell in love with it,” he says. “I’ve just been trying to get better at it ever since.”

SPANNING A HOST OF MUSICAL STYLES

“We all end up doing a lot of freelancing with bands that aren’t technically really bands, just sort of ad hoc kinds of collections of musicians. I do a lot of solo piano gigs and duos and it really runs the gamut,” he notes, adding that his writing spans traditional and contemporary approaches. 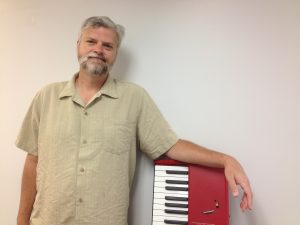 “I don’t really think about the style or the genre. I just write music. I don’t even really think of myself as a jazz musician per se. I feel like I end up straddling a lot of different styles.”

This weekend, Talaga and Lockwood will help kick off the two-day GRandJazzFest on Rosa Parks Circle at 12:30 p.m. Saturday as members of the Grand Rapids Jazz Orchestra, then return to the stage at 3 p.m. Sunday with Mind’s Eye. (In between, they’ll travel to Traverse City with Grupo Aye to play that city’s Paella in the Park event.)

Talaga credits GRandJazzFest organizers for showcasing “all styles of jazz” and “opening up the stage to a lot of great local acts as well. It’s a really nice mix of a lot of different things.” See the full schedule and read more about the second year festival in this Local Spins story by writer Mary Mattingly.

To Talaga, the festival just represents another example of the resurgence of West Michigan’s jazz scene, with a growing number of venues and events touting the genre.

“Things are on the upswing,” says Talaga, who earlier this year started a Tuesday night jazz jam session at Billy’s Lounge in Eastown, with a rotating group of experienced players joining him on stage. (Read more about the weekly “Preservation Lounge” shows in this Local Spins story.)

“Music has actually turned out to be the steadiest job I could have chosen. A lot of my friends that went into any other walks of life, when the economy dips down, they often times are laid off or are always changing jobs and so on. Music, even when the economy turns down, it still seems like it’s always busy. … It’s just been a great way of life.”

For more about Talaga, visit his website at stevetalaga.com.