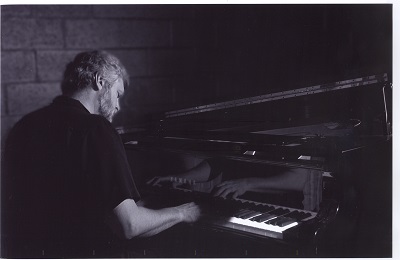 I’ve long felt that jazz and blues are an omnipresent force in the Grand Rapids area.

The region – perhaps fueled by its proximity to Chicago – has spawned some incredible talent representing both genres, with the same musicians, in fact, sometimes embracing them equally (Randy Marsh, Steve Hilger, Jim Alfredson and others).

And try to find someone who says they don’t appreciate the blues or jazz.

But keeping those musical fires burning in West Michigan continues to be a challenge for venues and musicians alike: jazz nights and blues jams at various bars and restaurants seem to come and go as audiences flock in, then fizzle out, creating constantly evolving announcements of beginnings and endings.

Such is the case now, with award-winning, much-respected Grand Rapids pianist Steve Talaga spearheading a new regular jazz night at Billy’s Lounge in Eastown. The sessions take place at 7 p.m. on Tuesdays, with musicians invited to sit in for jams and a DJ playing “the finest recorded jazz” on the off Tuesdays.

Meanwhile, HopCat just hosted its final “HopCat Sunday Blues Jam with Jimmie Stagger” last weekend (May), about three months after the guitarist started the sessions, which regularly attracted an all-star cast of blues players and singers from the Grand Rapids area. 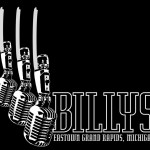 For Talaga, the offer from Billy’s to try jazz at the club once again “was a complete and very pleasant surprise” and figures to be “a great way to bring the jazz community together” in a new spot.

Bar manager Jeff Avink was inspired to start this “Preservation Lounge” jazz night at Billy’s after watching “Treme,” an HBO series set in New Orleans, the birthplace of jazz. Avink said he’s noticed an increase in attendance for bands with horn sections who play the nightclub.

“Although jazz has been tough to keep alive on a regular basis not only here but (at other Grand Rapids clubs and restaurants), I miss having it in our lineup,” he offered, noting previous jazz programming showed promise but eventually petered out. “I have a friend who lives in the southwest corner of Eastown that said he and his neighbors would like to see Billy’s do something nice and easy, and not so late, for those of us who are 40, 50 and 60-somethings. I had a night that was floundering and I thought that there is no better time than this to try and program jazz back into Billy’s music history.”

Talaga plans to hire “a varying trio of musicians to form a house band,” with other players invited to show up and sit in. Tuesday’s first session will feature Tom Lockwood on bass and Andy Szumowski on drums. “Musicians can come in and play and hobnob, mingle with jazz fans and celebrate one of America’s most profound gifts to the world: jazz,” he insisted, adding that a previous attempt to bring jazz to Billy’s on Friday afternoons several years ago may have been doomed by its “intrusion” on happy-hour regulars.

He sees this as a more promising venture that hopefully will succeed where other jazz nights have fallen flat.
“I do think Billy’s is in one of the hippest neighborhoods in Grand Rapids. Eastown is always up for the unconventional, non-mainstream, artsy in life, and I think jazz fits right in with that, so I think it will go over very well,” he said, noting he also hopes to attract established jazz fans to a new place to listen to the genre.

“That’s the bottom line, we need an audience, which … I am very confident we will have. I think Billy’s is doing some things that have not been tried elsewhere which give us a great chance at huge success. Also, jazz does seem to be on the upswing in Grand Rapids right now.”

Avink said Billy’s usually gives a new music night three to six months to prove itself, but he believes the jazz sessions offer “a great window of opportunity” to “give it a good run.”

“The awareness of this genre has come up tremendously post-Katrina thanks to our brothers and sisters in New Orleans and seeing the importance of keeping this aspect of American heritage alive,” he insisted. “Billy’s is set for something like this. Our staff are great, our service is equally as great. Up and down Wealthy (Street), I know that there are hundreds of people who want to see more jazz.”

The latest development on the jazz scene comes after a couple of years of ups and downs. HopCat started, then ended, Sunday jazz jams led by Marsh, and The Gilmore Collection debuted, then closed, The Ottawa Tavern as a downtown jazz club last year. Marsh has since moved his jams to SpeakEZ Lounge, where a solid audience has emerged. 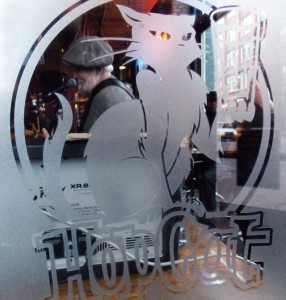 As for the blues, Stagger said he’s played his final HopCat Sunday night jazz jam, calling the three-month run a tremendous experience that brought a who’s who list of blues players to the bar every weekend. “I had a ball,” he said, expressing appreciation for the opportunity to fire up blues music at the downtown venue.

The jams have been suspended by HopCat, at least for now. HopCat owner Mark Sellers couldn’t immediately be reached for comment about ending the blues nights, which seemed to bring a different, mostly older clientele to the bar on Sundays.

Meanwhile, The West Michigan Blues Society is singing the blues: After more than two decades, the organization won’t have a booth on Rosa Parks Circle on Wednesday nights for this summer’s 97 WLAV/Budweiser Blues on the Mall series, which kicks off June 12.

According to longtime board member Tim Richards, the radio station raised the vendor rates significantly for 2013, meaning it was no longer financially viable for WMBS to have a presence at the shows. (Look for an announcement of the Blues on the Mall lineup here at LocalSpins.com later this week.)

Disappointing as that might be, the organization will continue to staff a booth on Tuesday nights at the Huntington Rogue River Blues Series in Rockford. That free summer series kicks off on June 11 with a performance by Hank Mowery & The Hawktones (just as Mowery prepares to release a new, much-anticipated studio album). See the full lineup here.