In its second year, the downtown festival adds another day of music, touts headliners Nick Colionne and Phil Denny, and gives a boost to West Michigan jazz stars of the future. See the full weekend schedule. 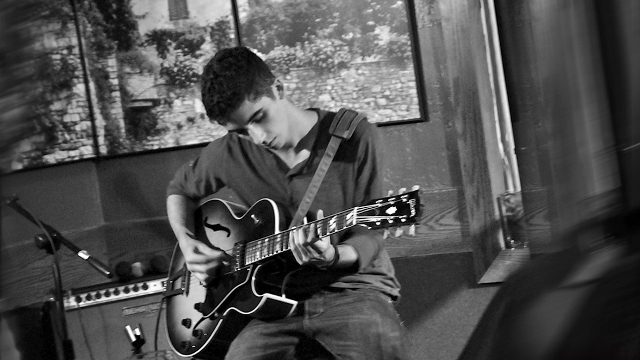 Consider it the continuation of Grand Rapids’ Jazz Age.

For the second year in a row, GRandJazzFest will take over Rosa Parks Circle in downtown Grand Rapids, this time with some bright young jazz musicians in the spotlight. 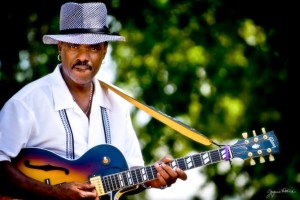 After drawing a crowd of 4,000 on a single day last year, the weekend festival sponsored by the DTE Energy Foundation has expanded to two days, with organizers expecting at least that many visitors or more each day for 2013.

One thing hasn’t changed: The event is still free to all attendees. 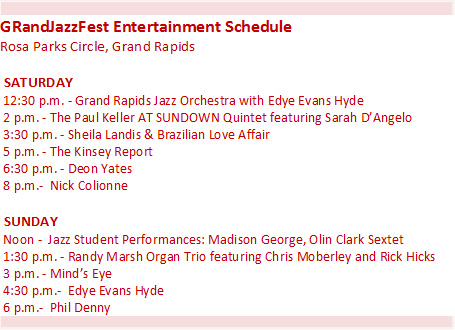 Save this as an image on your smartphone to take with you this weekend.

“This year, 80 percent of the acts are from Michigan, with half of those acts from Grand Rapids,” said Audrey Sundstrom, the festival’s founder.

Celebrated Grand Rapids jazz vocalist Edye Evans Hyde kicks off the festival, performing alongside the Grand Rapids Jazz Orchestra on Saturday, then playing with her own band on Sunday afternoon. Meanwhile, Emmy Award-nominated saxophonist Deon Yates of Detroit, who performs with Colionne, the Grand Rapids jazz quartet Mind’s Eye, and Sheila Landis & Brazilian Love Affair will cover a broad spectrum of the jazz genre, thus proving that Michigan’s jazz scene is anything but quiet. (Tune into Local Spins Live at 10 a.m. Wednesday on News Talk 1340 AM when pianist Steve Talaga and saxophonist/flautist Tom Lockwood of Mind’s Eye will be spotlighted.)

And for the first time, this year’s festival features the participation of two student musicians and their bands, the result of the efforts of Sundstrom and Steve Hilger, a Grand Rapids attorney and jazz/blues guitarist. 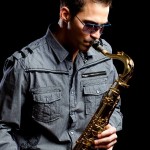 Earlier this year, Hilger was playing Thursday nights with his TrioJazz group at Grand Rapids’ Noto’s Old World Italian Dining restaurant and was approached by Sundstrom to audition student musicians for a one-hour slot in the festival lineup.

“Aside from being a concert, we also wish to promote education and be accessible. We thought it would be a good idea to get youth involved,” Sundstrom said.

“Originally, we were going to select two students and the trio was going to back them up,” Hilger said. “However, we had the most marvelously talented students with their own bands show up (to the auditions at Noto’s).”

Two students and their backing bands were selected for GRandJazz Fest. Grand Rapids drummer Madison George , who was home-schooled, will play from noon to 12:30 p.m. Saturday, along with his sextet. Michigan State University student and guitarist Olin Clark, who fronts the Olin Clark Sextet, will play from 12:35 p.m. to 1 p.m.

“That is a great lineup,” Hilger raved. “That is going to be fun to watch.” 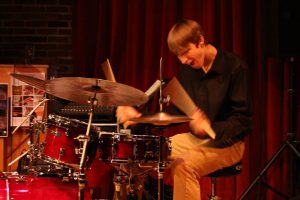 A junior at MSU, Clark has played jazz for six years, first joining the Comstock Park High School Jazz Band. Now majoring in jazz studies, he leads a sextet whose members have played together since freshman year, though they only officially formed as a group this past spring.

“We play our own interpretation of jazz standards and several original compositions,” Clark said. “There’s a Thelonious Monk tune that is more modern, but we have reinterpreted it and made it our own.”

The group promises a high-energy performance. “There’s a lot of soloing, everyone (in the group) is an excellent soloist,” Clark said. “All skills are shown off in our compositions. We just want to play as well as we can.”

Involving young musicians in festivals such as this keeps the art form alive, organizers insisted. “We need to allow young people to come up and play with the geezers,” Hilger said. “You have to learn to make your own mistakes. Every musician has an obligation to bring the youth up to play and pass on their skills to the next generation.”

“It’s a great thing to do,” Clark said, showing his appreciation for Hilger’s involvement. “People should hear the upcoming generation of jazz musicians so that they can hear the difference in what we’re doing.”