Beaver Island follows up its music festival with the nine-day Baroque on Beaver, a quaint affair starring guitarist Matthew Cochran, pianist Kevin Cole and much more. The lowdown at Local Spins. 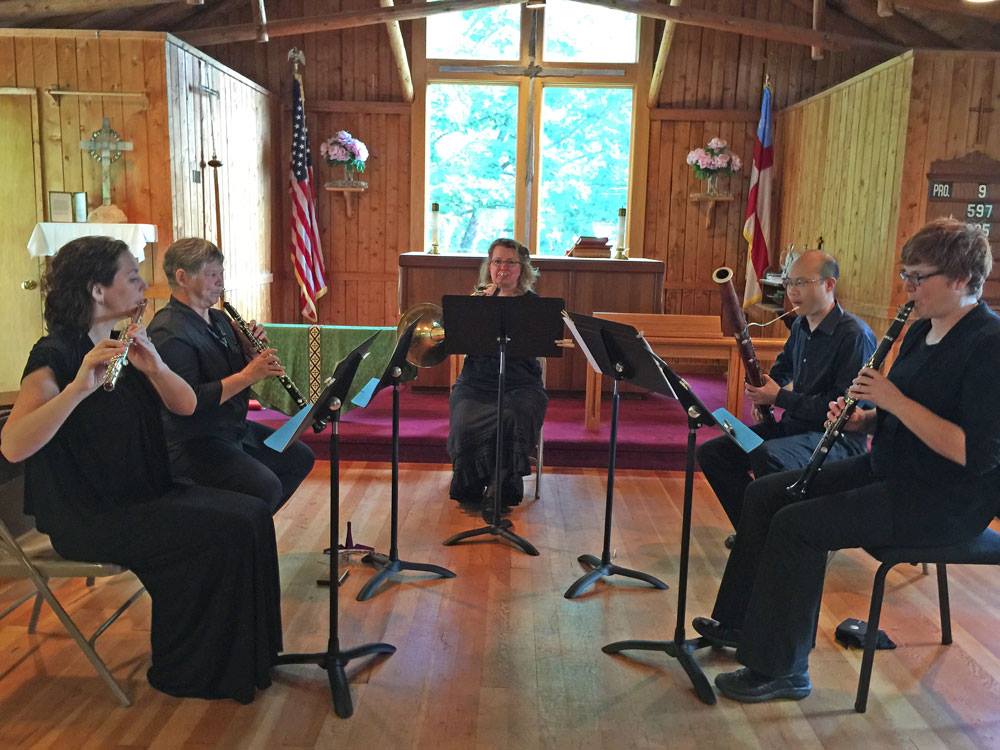 Definitely Not a Stuffy Affair: Deppe, Hansen and Quintet are part of this year’s lineup.

Despite its name, the nine-day-long Baroque on Beaver music series is not exclusively devoted to that period of classical music. 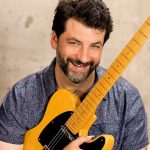 Strictly speaking, the series starting Friday evening (July 27) is not even all classical. But it is all about the music. For a week-plus, the little island in Lake Michigan west of Petoskey is home to a host of musicians and enthusiastic audiences.

“We like to say each year is the best ever,” said Robert Nordling, the music director and conductor of the Festival Orchestra. “The orchestra gets better and better, and we’re doing the U.S. premiere of a major composer. That helps us get noticed nationally.”

However, Nordling is quick to dispel any thoughts that this is some stuffy affair with rarefied music and unwelcoming to those who aren’t classical snobs. “Brass on the Grass is outdoors by the lighthouse. You have 375 people on lawn chairs drinking wine” while serenaded by a brass quintet. 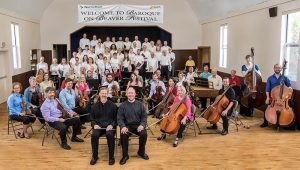 Nordling, Simons and More: Part of a robust weekend.

That’s the striking thing about Baroque on Beaver. It’s welcomed serious musicians for many years, but it’s held at a summertime vacation spot. The music focuses on classical and baroque, particularly Bach, but all styles are appreciated by both the performers and the audiences.

This year the festival — running July 27-Aug. 4 — welcomes two soloists, guitarist Matthew Cochran and pianist Kevin Cole. Cochran is instructor of guitar at Interlochen Center for the Arts and Cole is a well-known interpreter of the music of Gershwin. “We’re excited about a new soloist. Matt will do a Rodrigo recital,” said Nordling.

“I’m really thrilled to have Kevin Cole,” continued Nordling. “He’s recognized as one of the, if not the, leading Gershwin pianists.” Gershwin’s composition “Rhapsody in Blue” is one of the most recorded and recognizable songs in the entire world. It’s been performed in many configurations, from jazz settings to what Nordling calls a “preposterously difficult” solo piano format, to orchestra and piano. There are variants within that last format as well, and Nordling says Cole has asked to do it with a small orchestra. “That suits our size,” Nordling said. 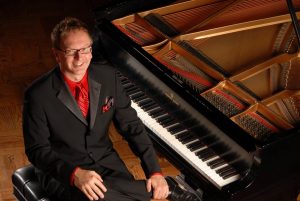 Cole recently returned from major surgery. He had a tumor removed from between his right ear and his brain in March, and was already performing again in May, getting a rave review from the Albany Times Union. It was benign, but the tumor and resulting surgery resulted in a hearing loss of 85 to 90 percent in his right ear.

Cole said he is doing “remarkably well” and he is looking forward to performing on Beaver Island. “The doctor said he’d never had a patient like me. When the neuroma was removed it compromised my hearing on the right,” said Cole. “All along in the 15 years (it was growing), my brain has been rewiring things like my balance and hearing. The norm is not to be walking the next day or as active as I was.”

For Cochran, the performance is a chance to get back to his roots. He started on classical guitar, joined a guitar quartet, then switched to electric guitar. He’s been on staff at Interlochen for two years, teaching both guitar students and those in the singer/songwriter program. “I haven’t done a classical (concert) in five years. I thought what can I do that represents guitar. Spanish was the first thing.

EIGHTY PERCENT OF MUSICIANS HAIL FROM THE GREAT LAKES AREA

“I don’t know what to expect (about Baroque on Beaver),” he continued. Matt Thomas said, ‘We’ve never had guitar.’ It sounds pretty darn idyllic.”

While Cole and Cochran are special guests, the Festival Orchestra is filled with players from across the state, the region and elsewhere. “We champion Michigan players. Eighty percent are from the Great Lakes area, Michigan and Chicago, etc. There are a handful from further out,” said Nordling. 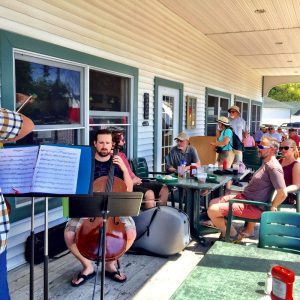 Lunchtime Serenade: The charm of the festival.

One of those Michigan players is principal flute Leslie Deppe. A member of the Battle Creek Symphony and the West Michigan Symphony, she works at Meyer Music in Grand Rapids when not on stage. She can’t wait for Baroque on Beaver each year. “It’s such a special place. The setting is gorgeous. You can’t find anything like it anywhere else,” she said.

Deppe said the reception from the residents and audience members – most of whom are the same – is like nowhere else she’s performed. “You’re almost like a celebrity. I go to get ice cream with my family and so many people are approaching me I can’t eat my ice cream,” she said with a laugh.

She said she sees many of the same people every year and they get to know one another. “My son has been going since he was three (he’s now 13). One time a lady pulled up alongside us and handed my son a stuffed beaver. She’d been at the concert and wanted him to have it,” Deppe said.

Yes, yes, but what about the music? Nordling said there is so much to choose from in the classical canon it’s almost impossible to go wrong. “You’re talking about a huge pool of music. We could exist for 100 years and not repeat anything,” he said.

Deppe enthusiastically agreed. “Robert’s programs are always innovative. He stretches our ears and our capabilities,” she said.

Get more information online here. And get links to musical selections at https://www.baroqueonbeaver.org/listen/ with a schedule and tickets here.