The Local Spins award for 2019 goes to the Kalamazoo hip hop cellist who’s turned heads everywhere he’s played. Read more about him in this Artist Spotlight and check out a video from a recent performance. 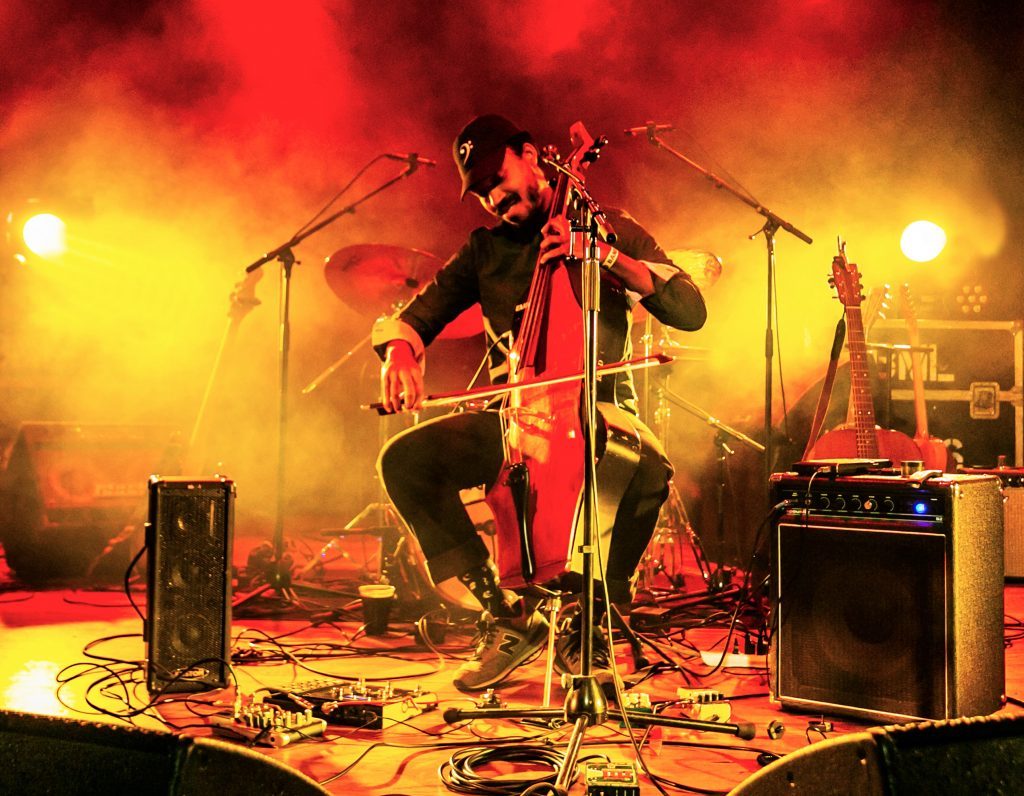 On Fire: Jordan Hamilton has several musical projects in addition to his solo work. He’s also coincidentally the featured artist for February in the Local Spins 2020 Calendar. (Photo/Derek Ketchum)

Few West Michigan artists have generated more conversation and a bigger buzz over the past year than Kalamazoo’s Jordan Hamilton.

At his recent Listening Room debut in Grand Rapids – part of Local Spins’ Michigan Mondays series – Hamilton responded to a fan’s question by paying homage to Johann Sebastian Bach, performing various movements from a 300-year-old masterwork with the deep affection that musicians reserve for their biggest idols. 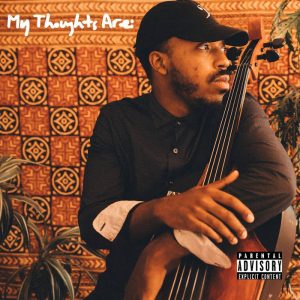 The Jammie-Nominated Album: “My Thoughts Are”

This came after the cellist had wowed the capacity crowd with hip hop-driven gems from his most recent studio album, “My Thoughts Are.”

For Hamilton, who grew up in Maryland and eventually made his way to Kalamazoo for post-graduate studies at Western Michigan University, it’s all just part of the rich fabric of music he’s embraced over the years, from an early love of the classics to discovering the music of The Beatles in college.

His singular background and refreshing musical approach have, not surprisingly, turned heads, impressed critics and helped cultivate a growing legion of adoring fans in West Michigan.

It has also made him Local Spins’ Emerging Artist of the Year for 2019, an award that officially will be presented to Hamilton at Friday night’s Jammie Awards, hosted by WYCE-FM at The Intersection in Grand Rapids.

“I am very surprised. Also very thankful and grateful,” he said.

“I certainly did not expect this. I am very grateful that people have enjoyed my music and seen the potential in it. I’m hopeful for the continued support of Southwest Michigan and beyond.”

AN UPCOMING YEAR FILLED WITH TOURING AND MORE RECORDING

“2020 will be filled with continued weekend tours solo, with Last Gasp or other artists,” said Hamilton, whose engaging personality and smile propels his stage show. “I will be recording and releasing a new project soon; very much looking forward to those collaborations and sounds.” 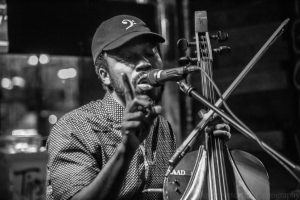 He said he’s also looking forward “to the growth in some of my cello students. They are poised in a position to have some great breakthroughs this year and I’m excited to see that happen.”

The special Local Spins award will be presented to Hamilton tonight and may be one of several in the offing for the musician at the Jammie Awards: He’s nominated for three Jammie awards for “My Thoughts Are” (song of the year, hip hop album of the year, album of the year) and another four as a member of Last Gasp Collective.

In addition to performing with Last Gasp at 8:30 p.m. Friday on The Intersection’s main showroom stage, Hamilton plays The Pyramid Scheme in Grand Rapids on Feb. 28 as part of Pink Sky’s album-release show, and returns to Listening Room on April 15. In between those two shows, he’ll tour the Midwest, including shows in Chicago, Milwaukee and Cleveland. 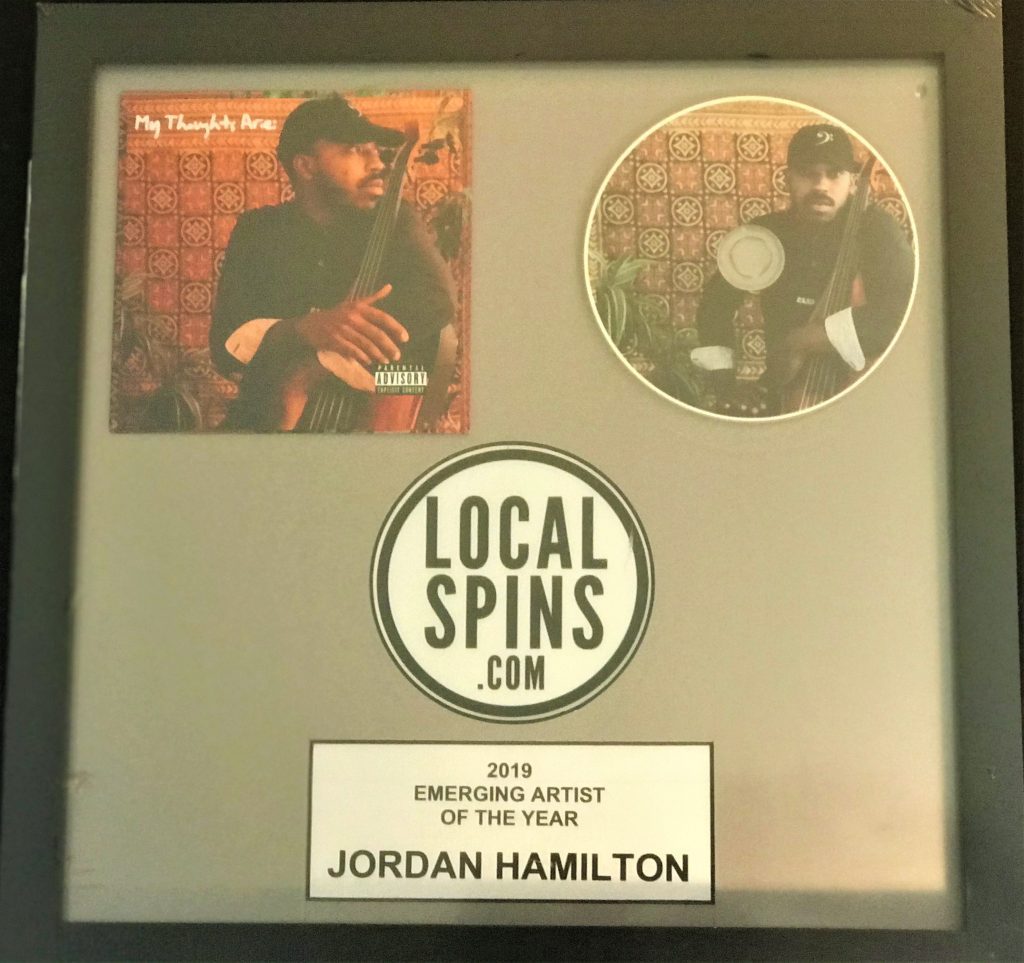