Rusted Root’s Michael Glabicki brings his latest band project to the charming northern Michigan festival this weekend along with a host of regional stars. Get the lowdown at Local Spins. 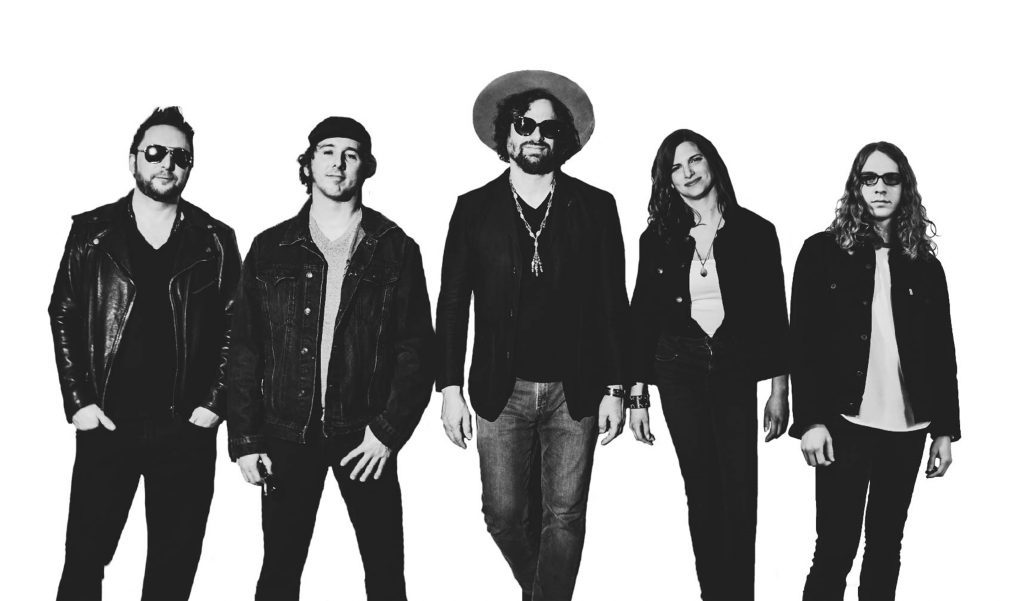 SCROLL DOWN FOR COMPLETE FESTIVAL SCHEDULE

The music of 1990s hitmakers Rusted Root will come to life in an intimate setting this weekend in northern Michigan, courtesy of singer Michael Glabicki and his band, Uprooted.

That intimate setting – The Harm Farm in scenic Lake Ann near Traverse City – is where the charming, family-friendly festival Dunesville is set to kick off Friday with camping, food, vendors and two stages of music from a wide array of talent from Michigan and beyond. 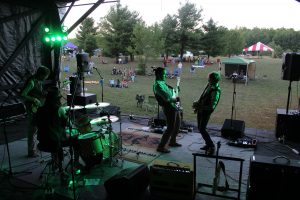 Glabicki, who penned and sang Rusted Root’s 1995 smash hit “Send Me on My Way,” is set to headline The Harmony Stage on Saturday with his band Uprooted. In a chat with Local Spins, Glabicki said he and the band of “inspired musicians” will perform reworked versions of Rusted Root material as well as new songs from a forthcoming album.

“I’m super excited. We’ve got a great band coming up,” he said.

Reflecting on a hugely successful career with Rusted Root – which included Billboard-charting singles, a platinum selling album, song placements in movies such as “Matilda” and “Ice Age” and a prominent performance at Woodstock 99 – Glabicki says a life in music is “even better” these days.

“I think just maturing as a musician and as a writer, things flow a lot easier. I’m calmer and truer to myself,” Glabicki said.

Ultraviolet Hippopotamus singer/guitarist Andy Kirby has attended previous iterations of Dunesville (back when the festival existed as Dunegrass, and later Sleepy Bear Music Festival) and considers the area one of his favorite places in the world.

“It’s cool that they’ve sustained the festival over the years and continue working to improve it the right way,” he said. 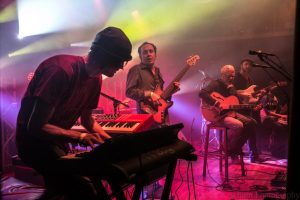 For his first time performing at Dunesville with Ultraviolet Hippopotamus (which has a lengthy late-night set at The Harmony Stage on Friday), Kirby expects to “have a lot of fun.”

For Dunesville organizer Brandon Wittig, booking Glabicki and Uprooted wasn’t something he expected could happen at this point in the festival’s five-year run.

For Wittig, who describes his younger self as a “hippie-hearted metalhead,” the music of Rusted Root is what opened him up to the type of music he now books annually for Dunesville. Wittig said he always had the goal of booking Uprooted for the festival’s 10th anniversary, so booking Glabicki and company for this year’s festival was “magical and amazing.”

“We’re growing at the rate we want to and its organic,” he said. “Our growth has kept us at a reasonable size and we still have 320 acres to grow into.”

One aspect of Dunesville in which Wittig takes great pride is its emphasis on family values.

“I want people to feel good about bringing their families and introducing their kids to something new,” said Wittig of the alcohol-free festival atmosphere. “We’re inspiring another generation by celebrating what we do.”

Weekend passes for the festival will be available for $80 at The Harm Farm festival gate at 4846 Hulbert Road in Lake Ann. Children ages 12 and under can attend for free with an adult. Campsites are available for an additional fee.

For the full Dunesville lineup and more information, visit https://dunesvillemusicfestival.com/. 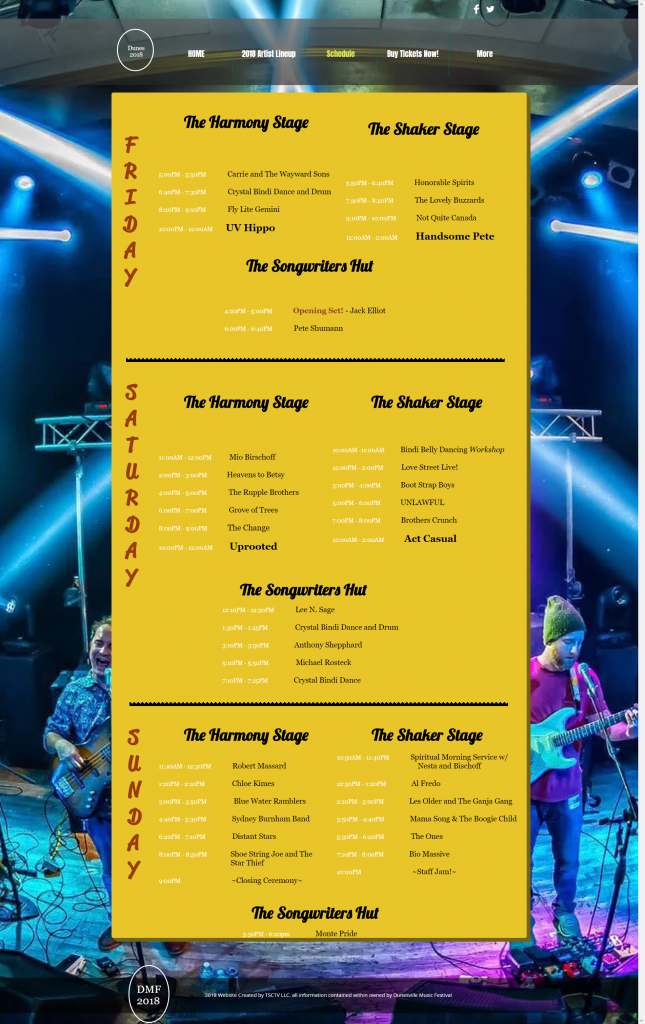