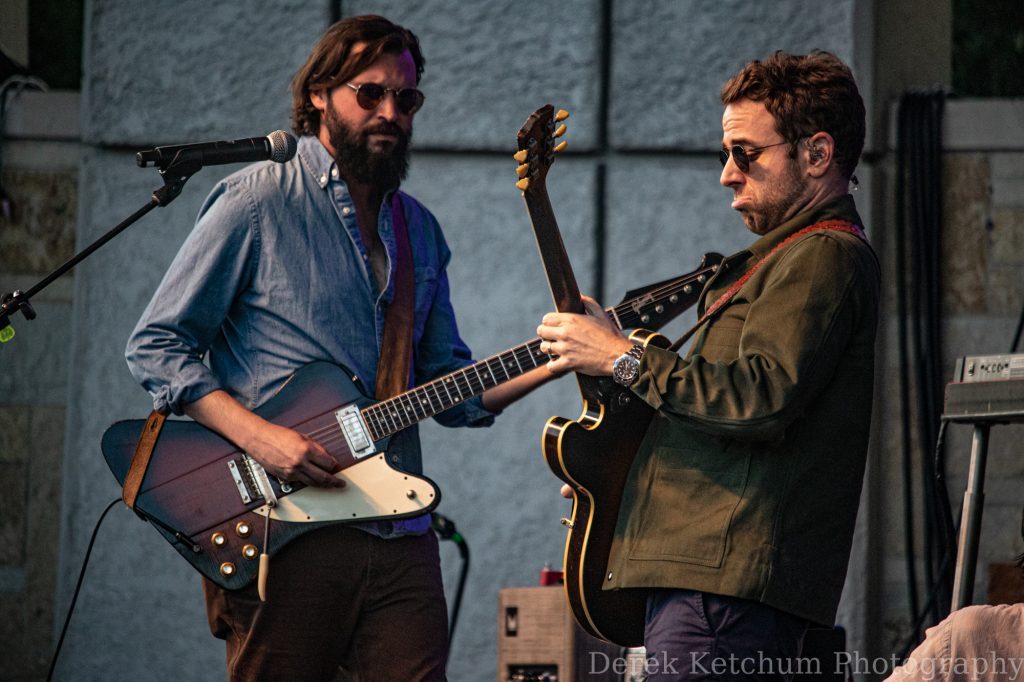 ‘A Little Bit of Everything’: Dawes on stage at Meijer Gardens on Wednesday. (Photo/Derek Ketchum)

With effortless cool, the band breezed through an absolutely mesmerizing set on Wednesday night amid splendid outdoor-concert weather.

It was nuanced, emotional, and at times, all-out, rattle your bones rock ‘n’ roll — though that didn’t stop quite a few folks from wandering out rather early in their set following an opening performance by buzzed-about country artist Margo Price. (Some attendees packed coolers, folded chairs and ambled towards the exit as the sun started to set.) 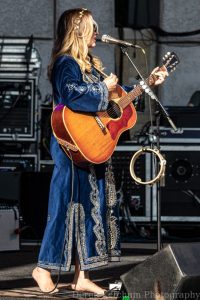 Price opened the evening with a wonderfully charismatic set.

Dancing around stage in bare feet, the Nashville artist played a flurry of originals backed by a carefully composed full band. Highlights included “Learning to Lose,” a song Price recorded with Willie Nelson, as well as the politically charged “American Made.”

Price also played with her husband, Jeremy Ivey, on one of his delicate originals in stripped-back fashion.

As for Dawes, frontman Taylor Goldsmith began the California band’s set with a wicked guitar riff to open “Feed the Fire.” The groovy track offered an immersive kaleidoscope of sounds. Dazzling keys, passionate guitar solos and intricate drums were tied together by Goldsmith’s finesse and masterful storytelling.

Other standout numbers included “Things Happen,” a beautiful existential piece that moseys along with more than a few one-liners that had audience members raising their glasses high in the air.

Another moment worth toasting: Goldsmith’s brief sentiment about Grand Rapids and a heartfelt message.

“This is a beautiful place. We have fond memories of the work that gets done in this particular spot. I will say, sometimes lawn chairs can be a hindrance, but I feel like you guys transcend that. Or at least in our experience you have,” Goldsmith said.

“So we’re going to take advantage of this time we have together as much as we can — get as personal and uncomfortable and as private as we possibly can, hoping that we’re all leaving this place feeling like we know each other a bit better by the end. Thanks for showing up.” 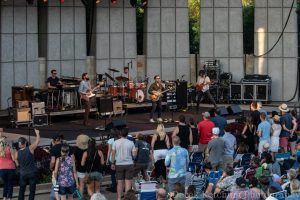 During the back half of the set, the band played a new song, “Didn’t Fix Me,” and then left Goldsmith and the band’s keyboardist onstage as a duo for “A Little Bit Everything,” the oldest number of the evening, from 2011’s “Nothing is Wrong.” A true masterpiece that displays some of Goldsmith’s best writing, the song evoked emotional cheers from the audience between nearly every verse.

Firing back up, the collective ripped open the evening air with a distorted keyboard riff that was as heavy as any guitar part of the night.

The band continued its spirited on-stage energy. Bassist Wylie Gelber, in particular, seemed pleasantly lost in some alternate dimension –drifting through the outer edges of space in time with only his bass guitar and red sunglasses — but always locked in and holding down the low end.

The set concluded with another fan favorite sing-along, “All Your Favorite Bands.” With a tender piano riff, Goldsmith’s vivid nostalgia (“…late night drives and hot french fries…”) and howling electric guitar work, the amphitheater transformed into a giant choir, singing the gentle chorus, “May all your favorite bands stay together,” in unison.

Let’s hope this favorite band stays together for a long, long time. 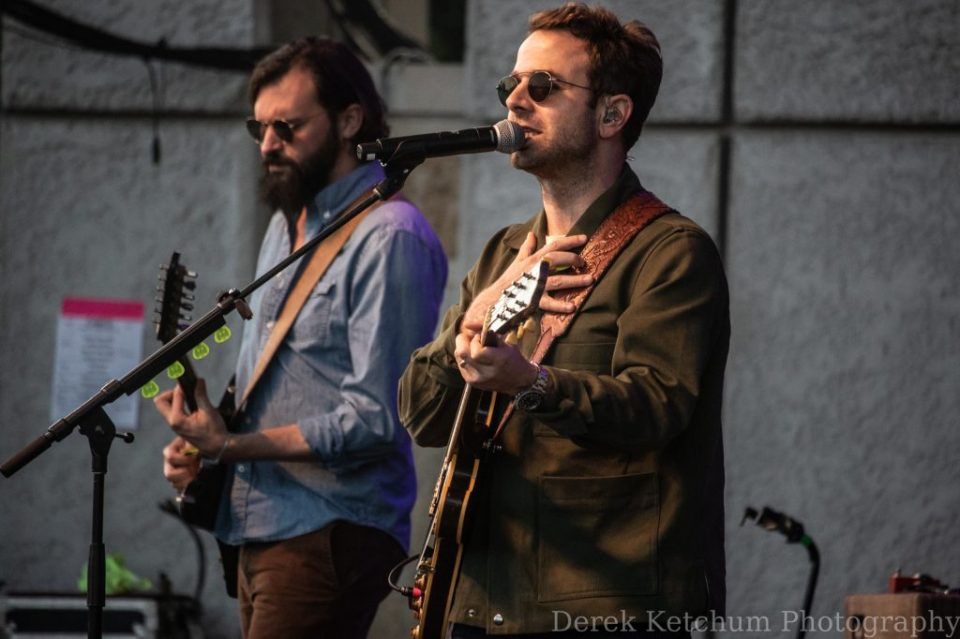 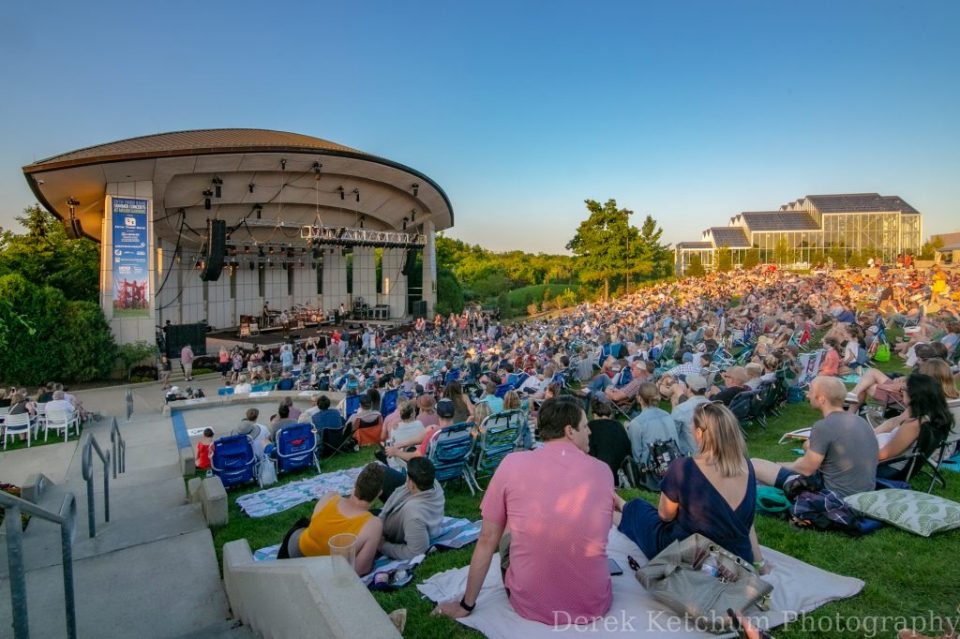 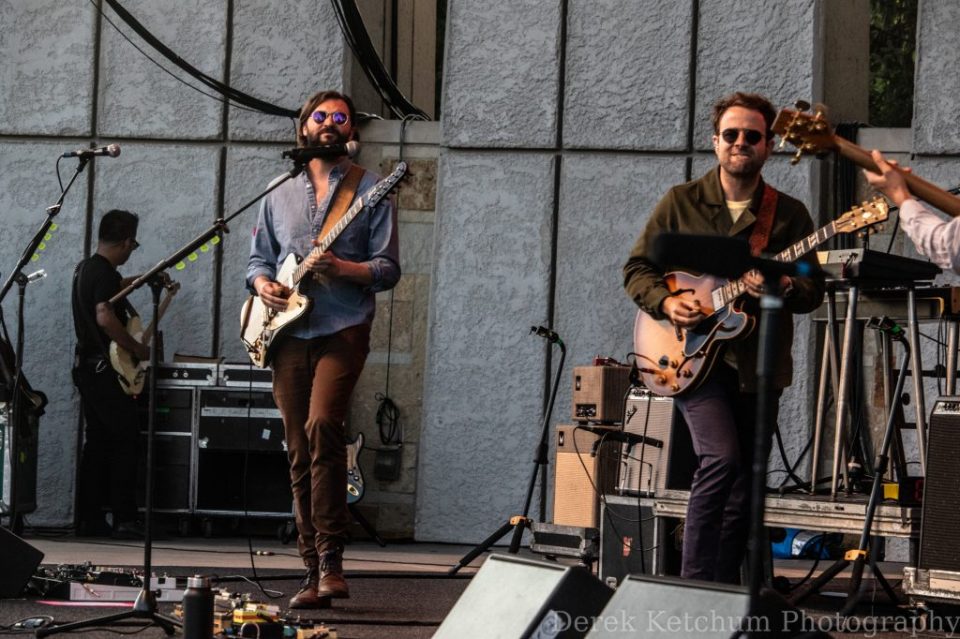 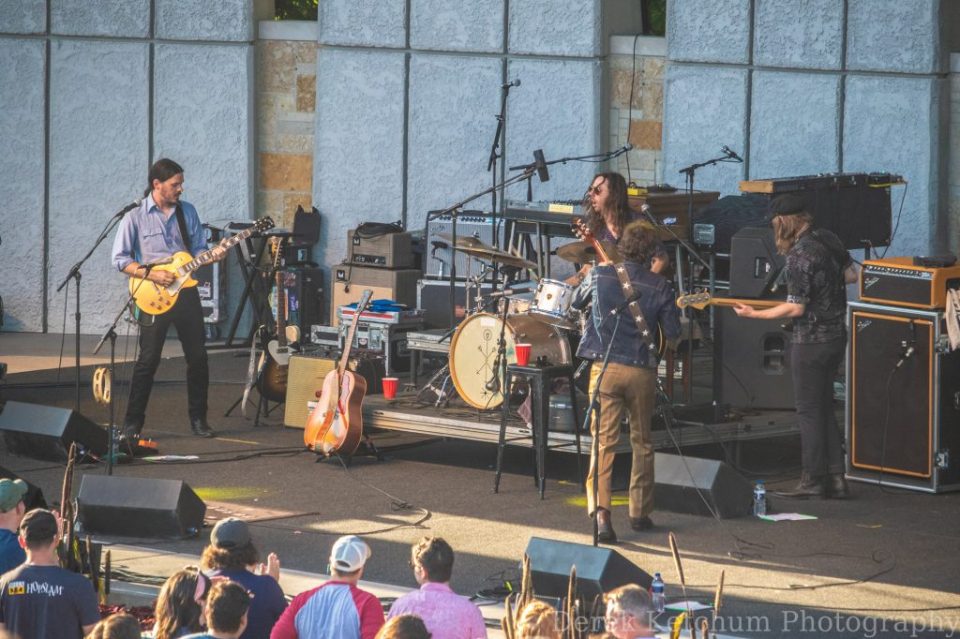 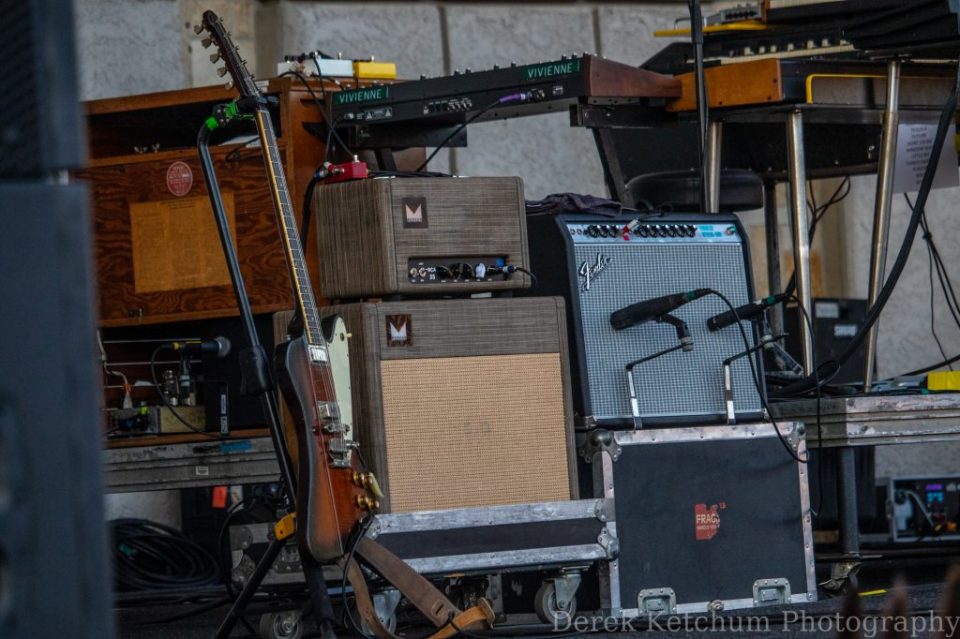 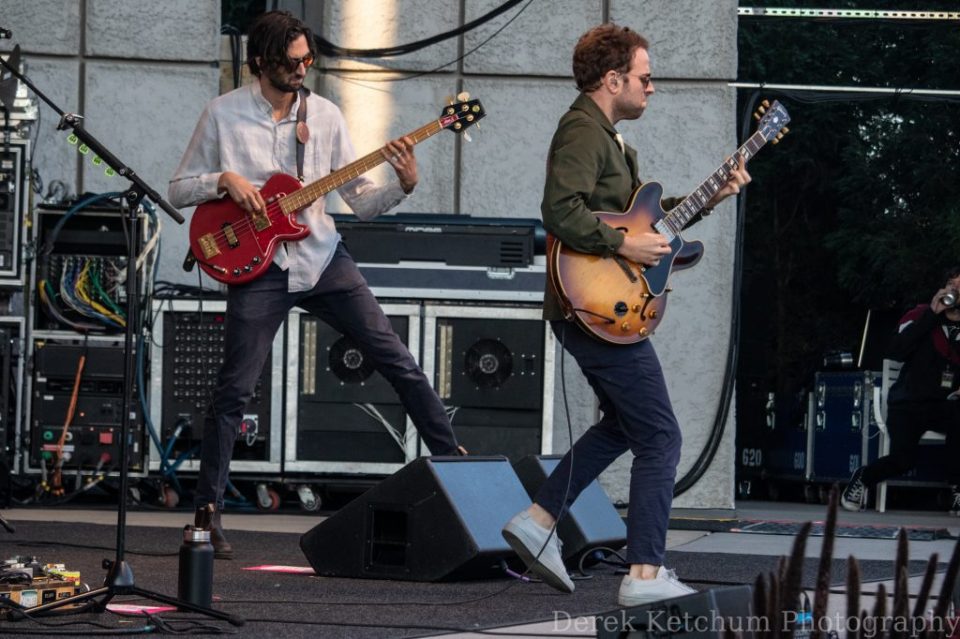 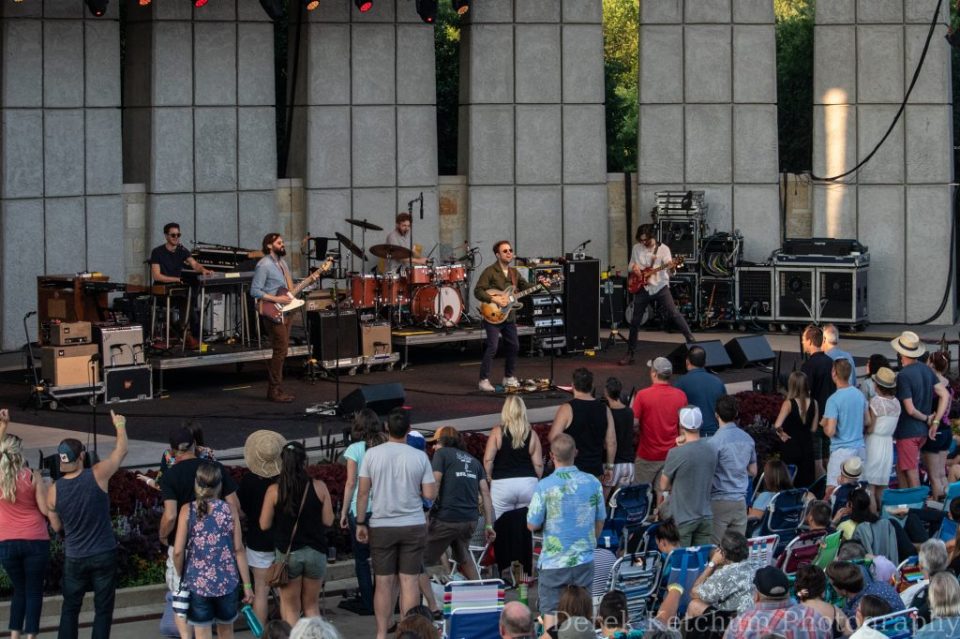 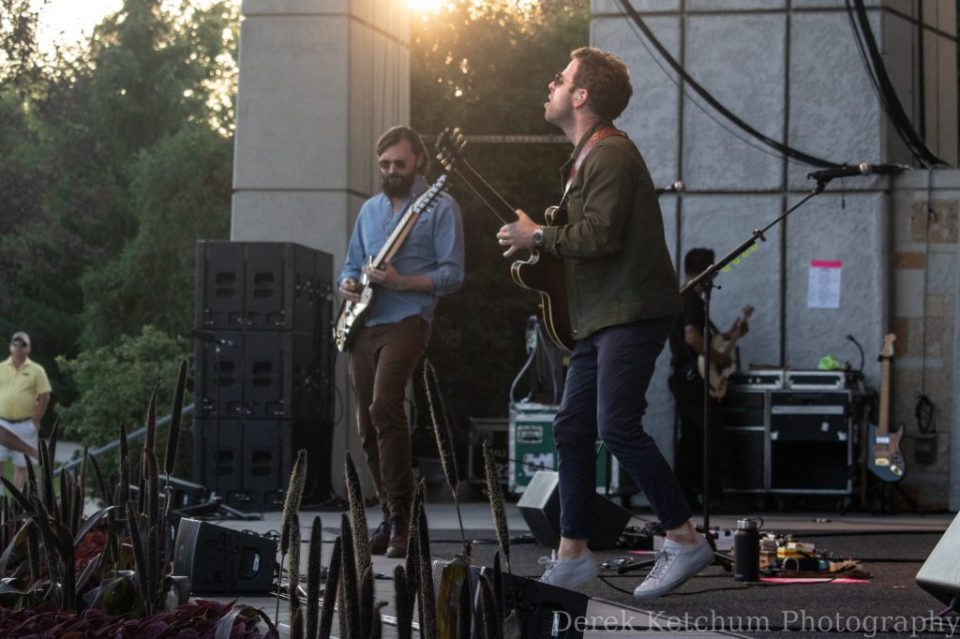 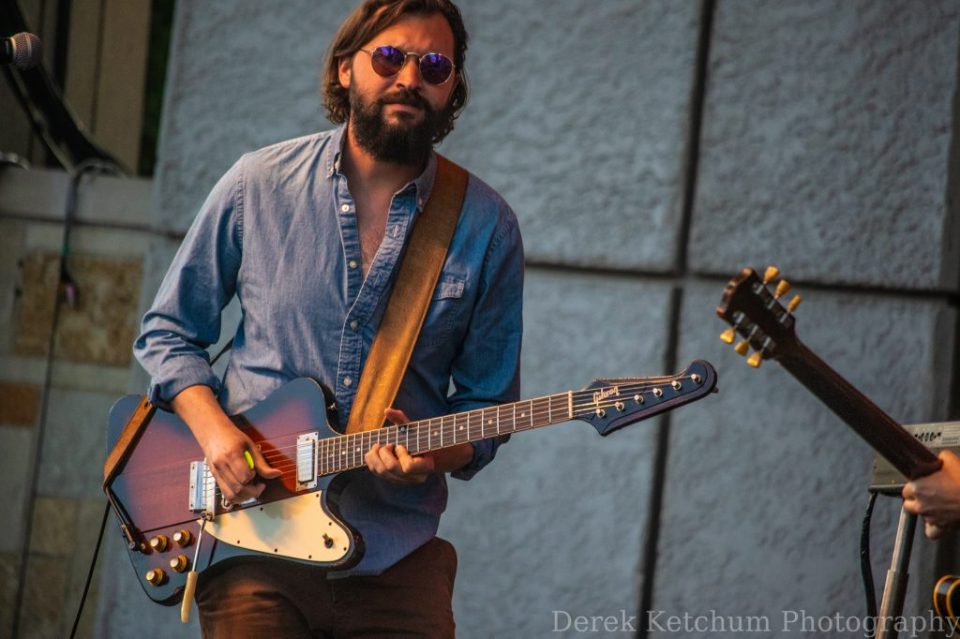 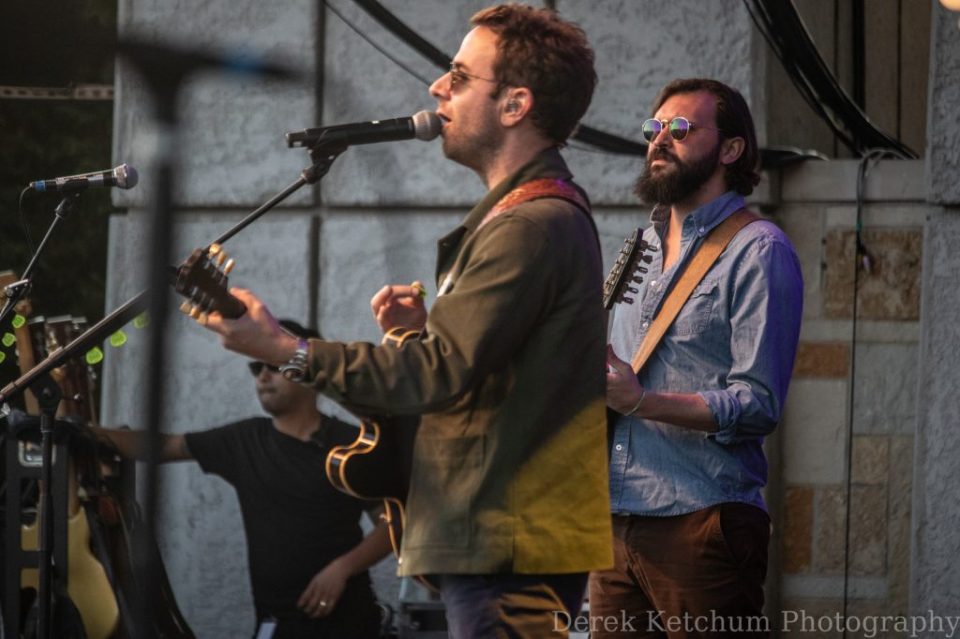 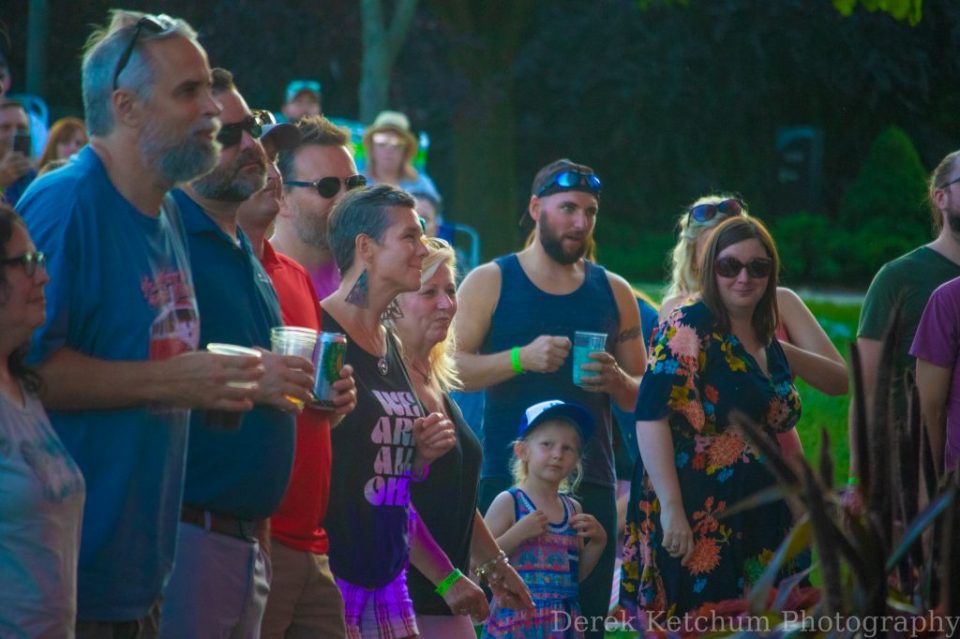 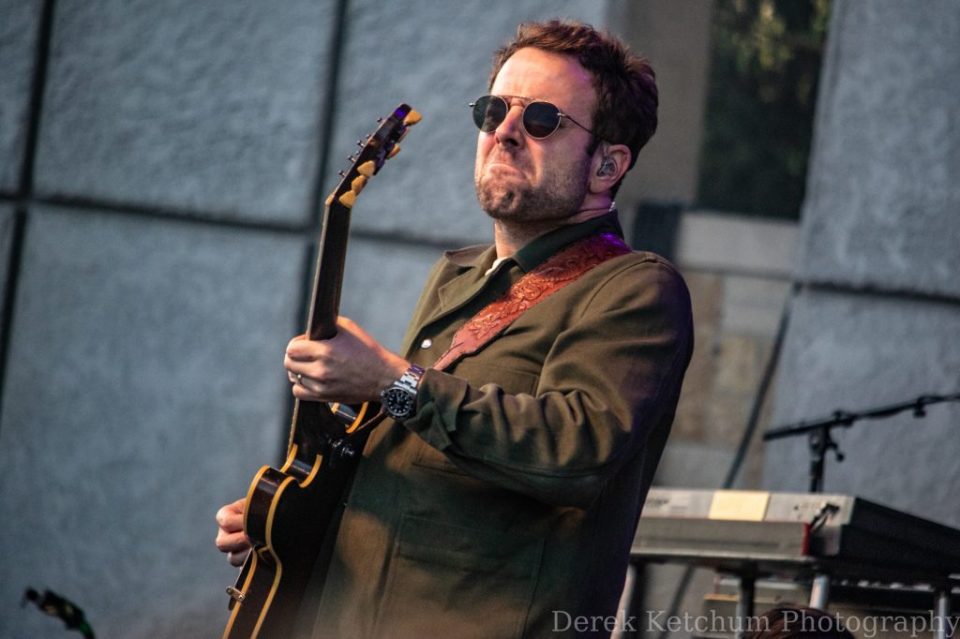 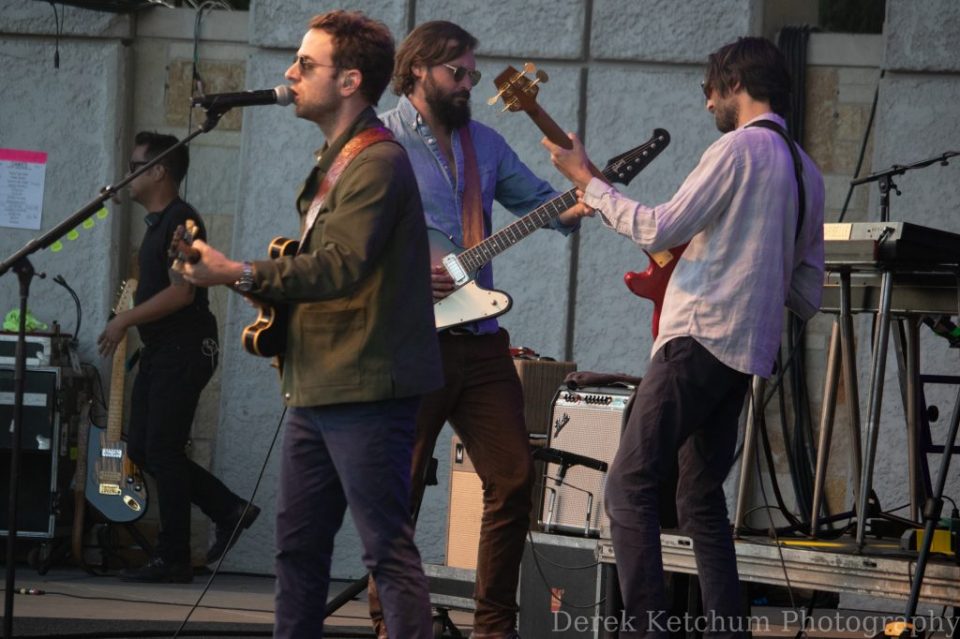 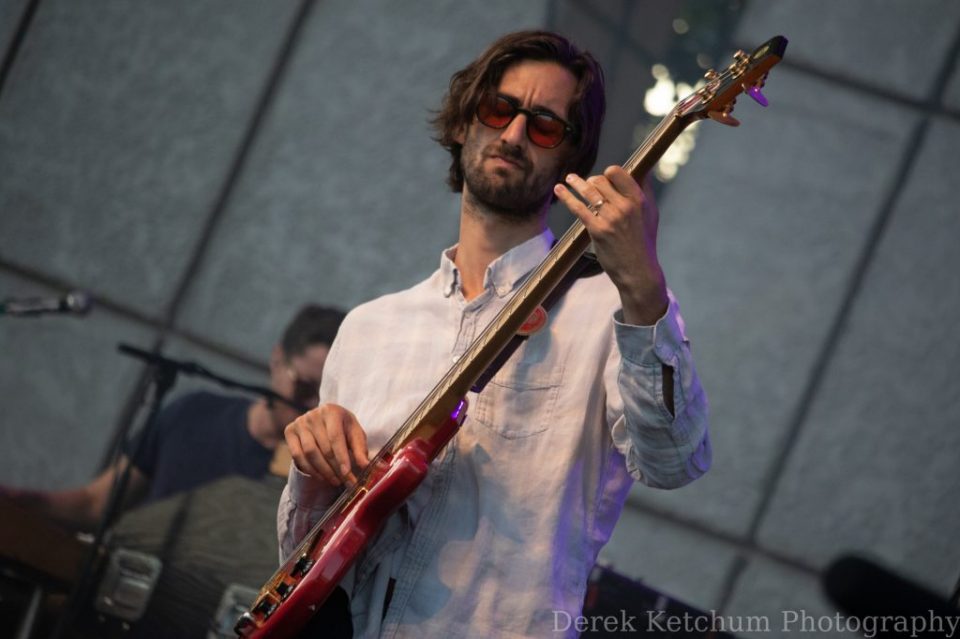 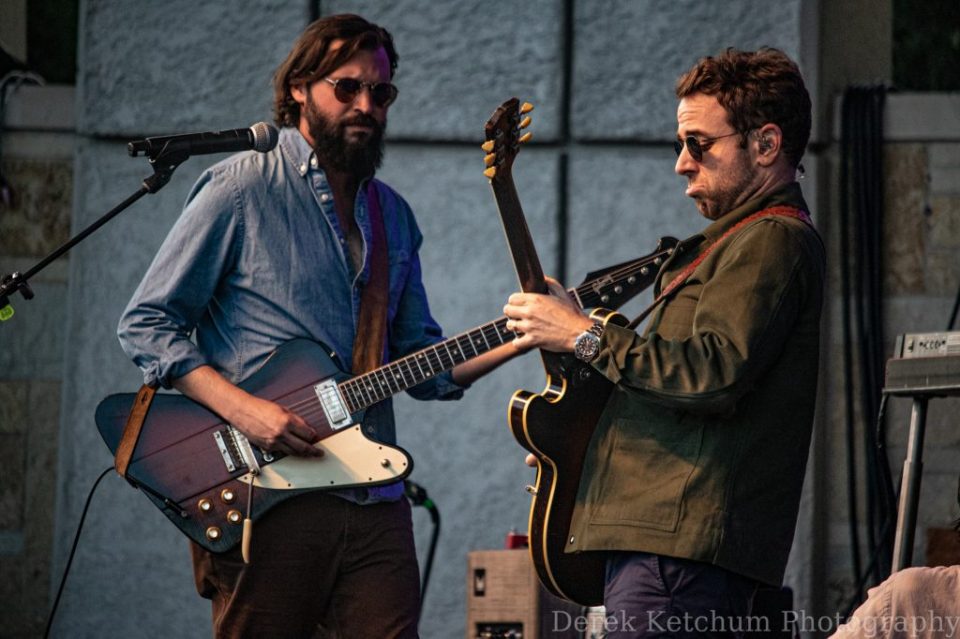 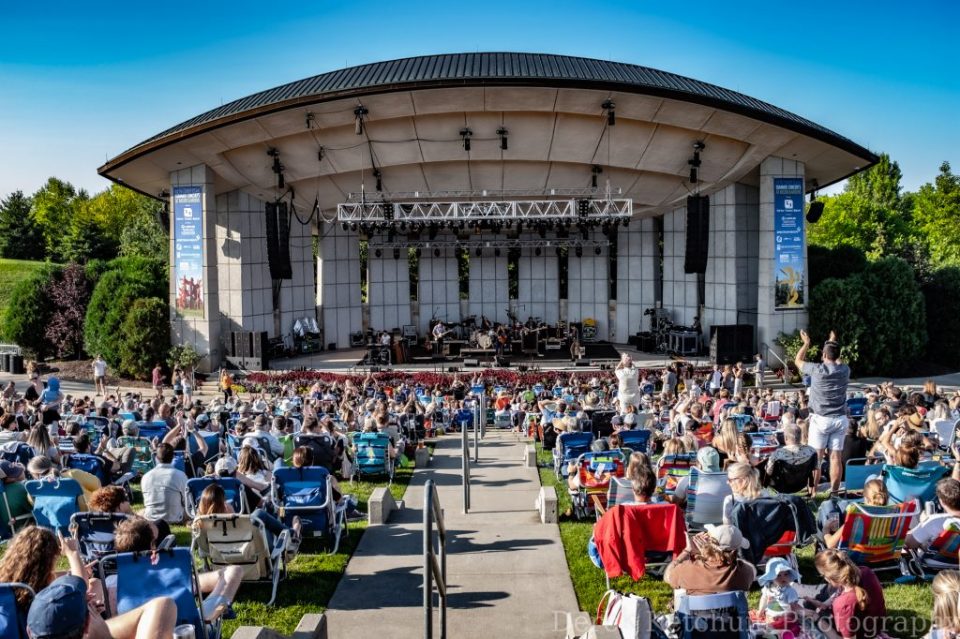 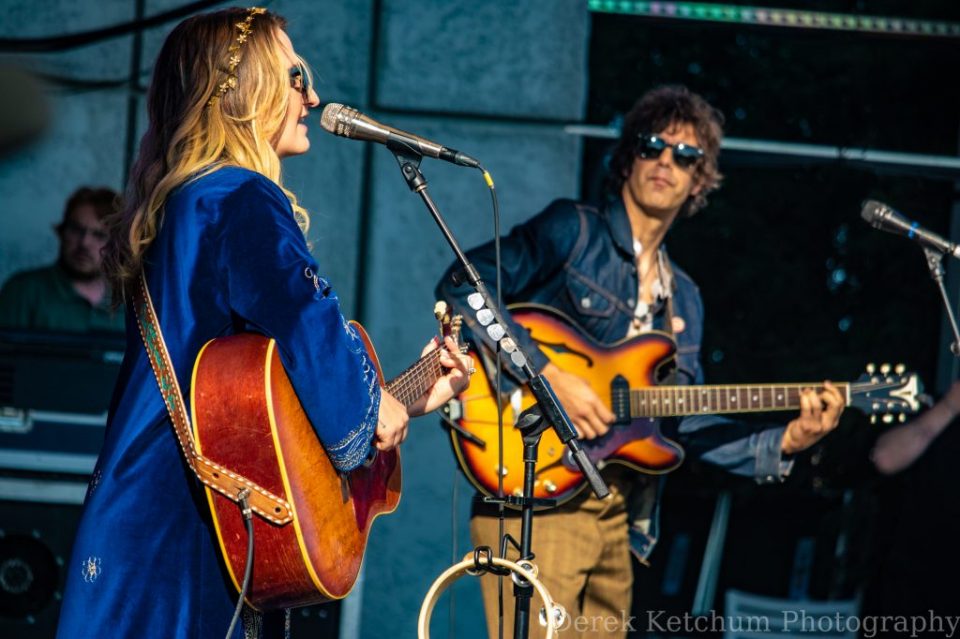 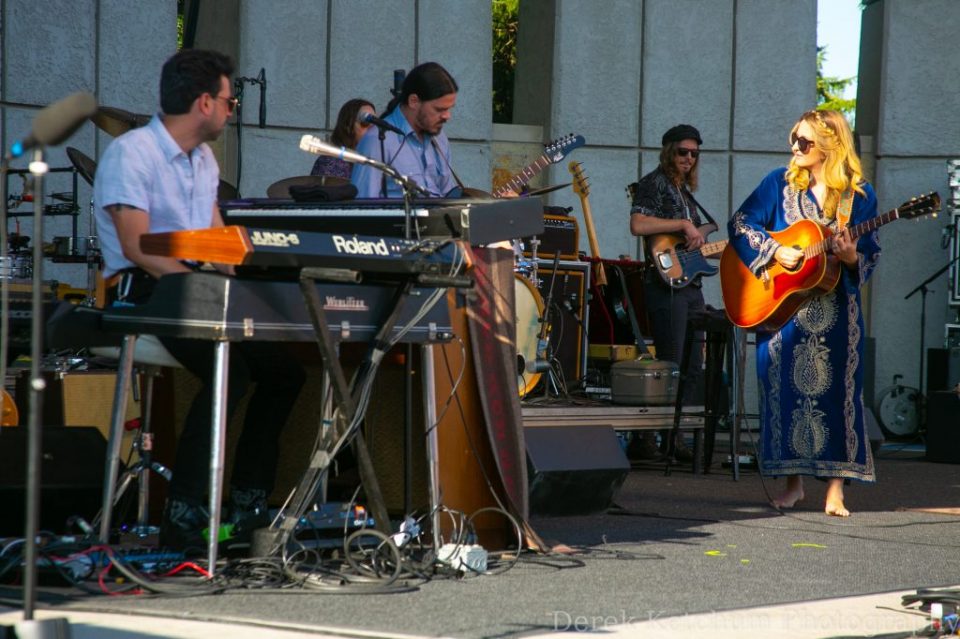 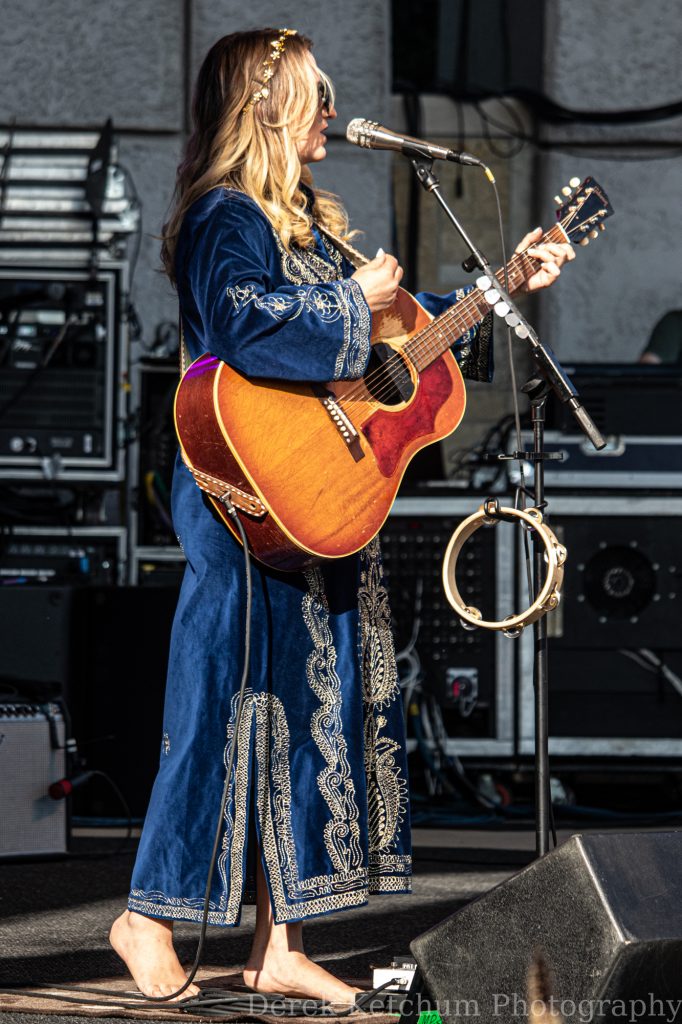 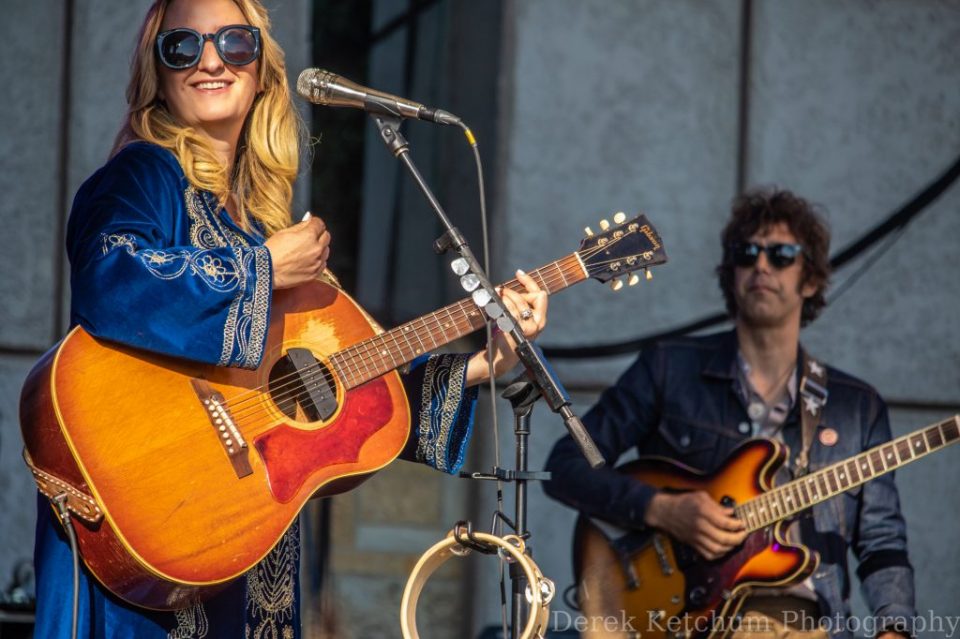 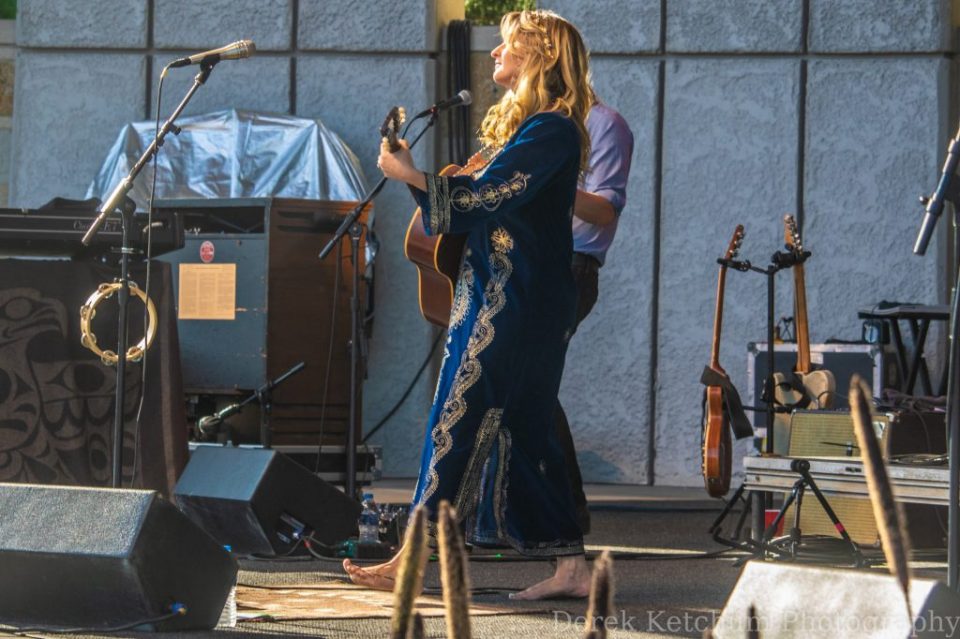 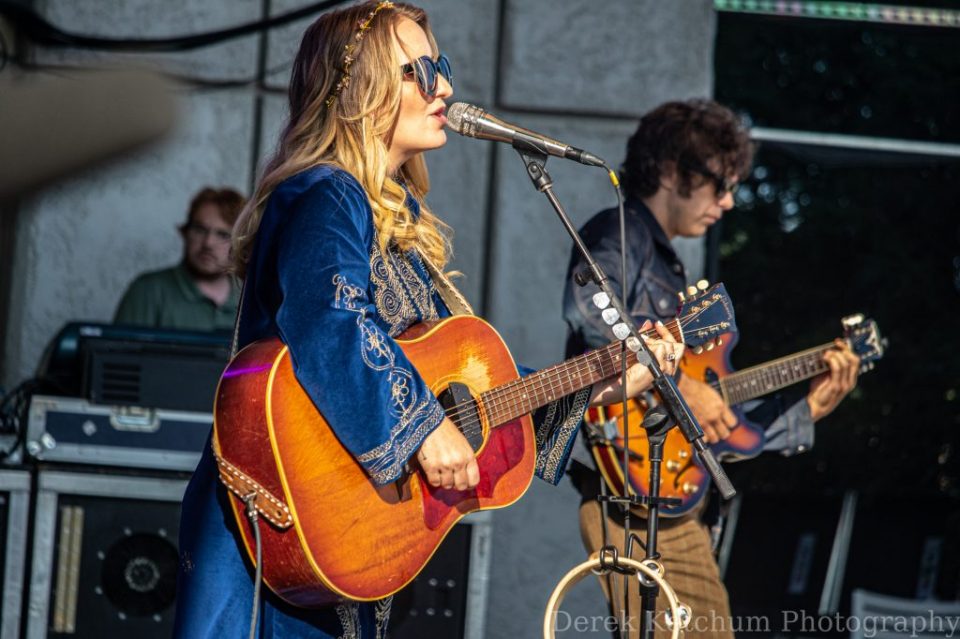 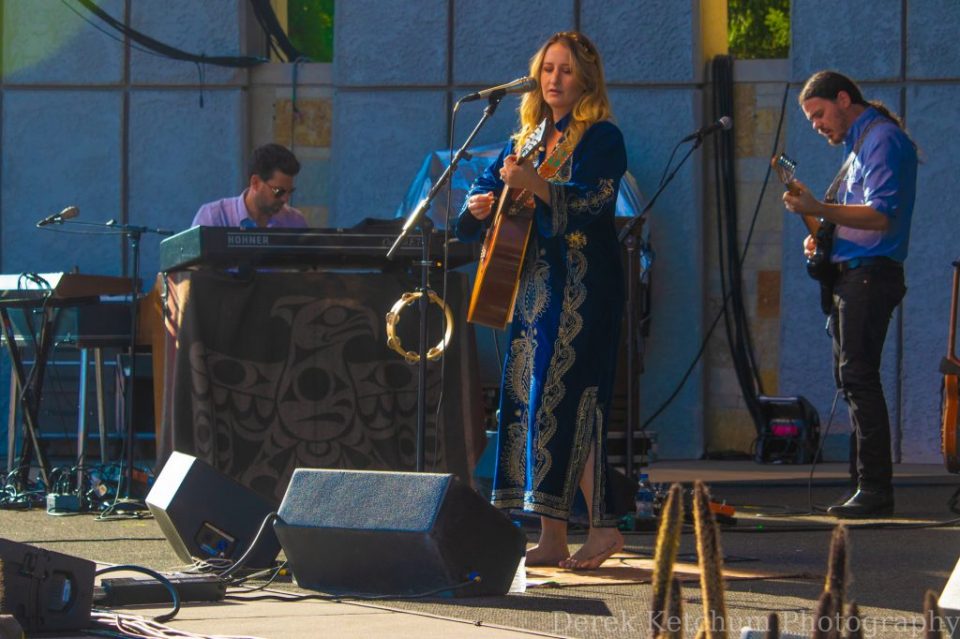 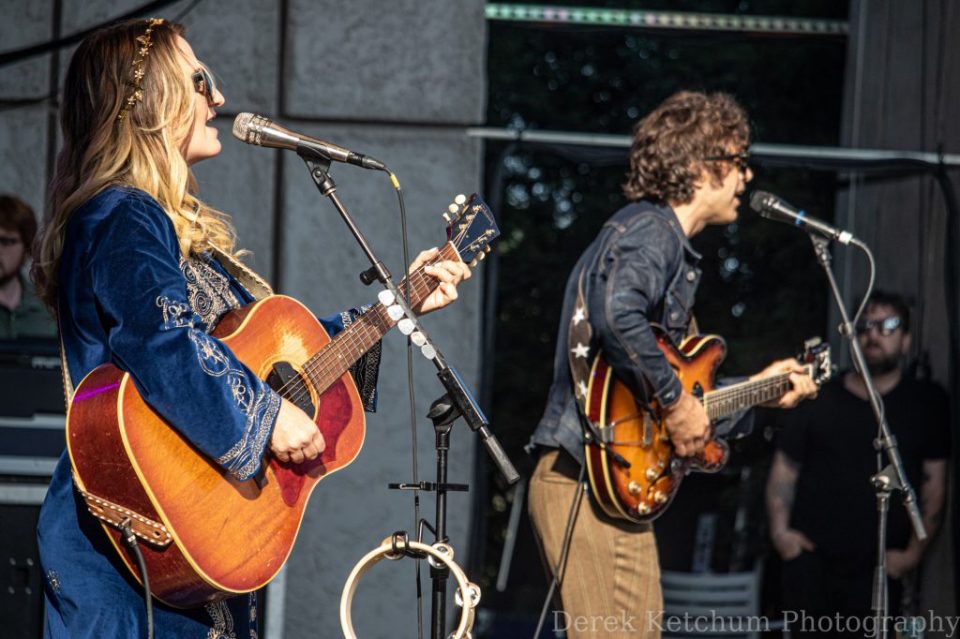 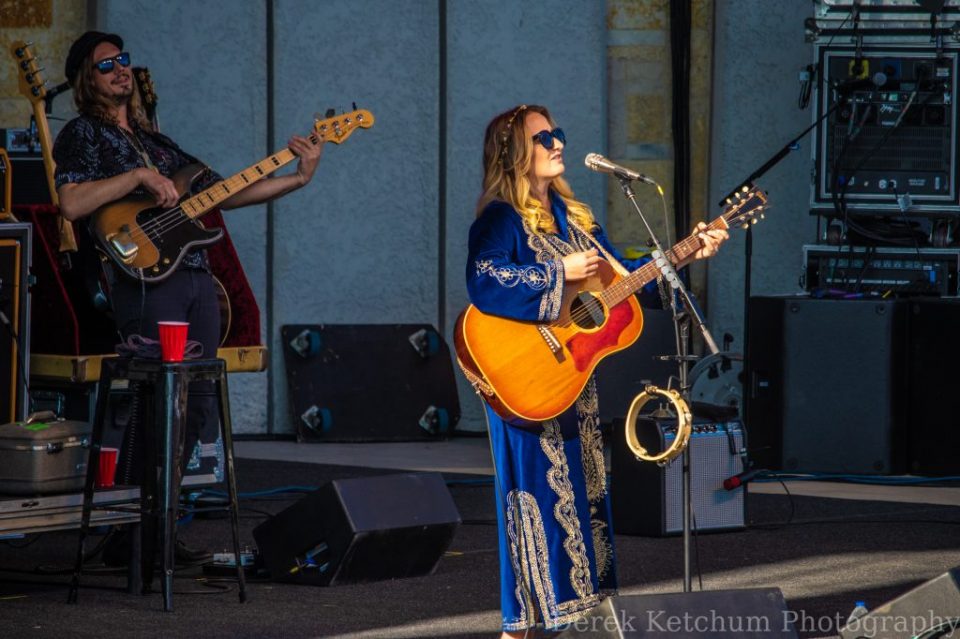