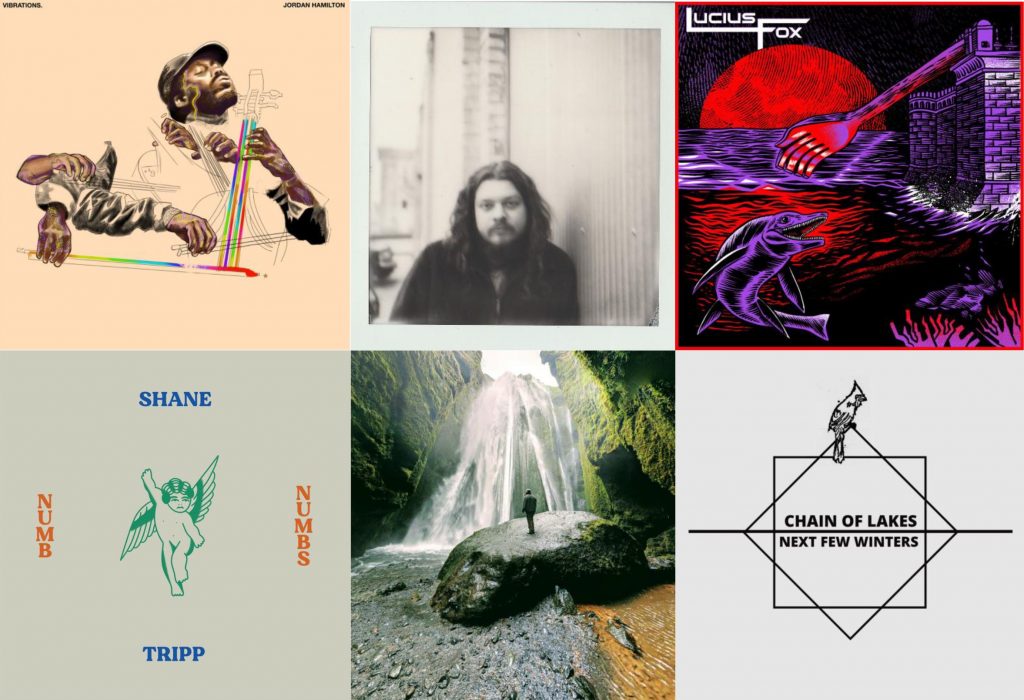 Sunday morning was once reserved for sitting down with a newspaper and a cup of coffee for a relaxed review of the week’s happenings.

Local Spins believes it’s now the perfect time to review new music releases from West Michigan artists. And today, there are six intriguing recordings covering the spectrum of approaches with audio samples from each release.

You can check out our takes on more Michigan albums here. 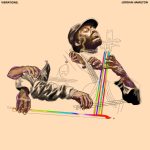 What Stands Out: While Kalamazoo-based cellist Jordan Hamilton has laid out hip hop-heavy albums and cello-infused lo-fi tracks, “Vibrations” transcends genres as it opts to communicate rather than conform. His latest release is a swirling collection of emotions instrumentally expressed in a way that pairs confusion with curiosity. Throughout the album, Hamilton weaves in new sounds that can be hard to place, while continuing to guide listeners through tracks with familiar riffs that rise to the top.
Digging Deeper: Hamilton pulls no musical punches and takes risks to send a message. A prime example is “Pendulum,” which leverages an eclectic time signature and plucky lead riff to set the scene for a cello and saxophone lead that create a back-and-forth dialogue. The sax features from Jarad Selner (also known as The Saxsquatch) add a second voice to the mix that Hamilton toys with and builds around. But Hamilton single-handedly steals the show on “Radiation,” which is a classical flex of raw talent as he duels layers of his own cello work to create a passionate maelstrom. The track swells and blossoms in a way that teeters between anxiety and passionate outcries. It’s flush, vibrant and emotional in the best possible way.
Perfect For: Fans of Flying Lotus or Thundercat’s smooth instrumental work. – Nick Moran
Website: http://www.jordanhamiltonmusic.com/
Listen To: “Pendulum” 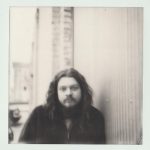 What Stands Out: West Michigan singer-guitarist Nathan Walton and crew would have been just as comfortable uncorking their soulful and oft-jazz-tinged rock ‘n’ roll amid the booming 1970s as in the New Millennium. There’s a feeling throughout this 13-track collection that Walton is more than eager to show off every side of his band’s considerable chops and the evolution of the wide-ranging songwriting he’s done before and since his appearance on “American Idol” back in 2019. Recorded at Grand Haven’s Third Coast Recording, Walton leans on the talents of keyboardist Colin McCorkle, bassist Doug Watkins, vocalist Shelby Andenno, percussionist Scotty King, saxophonists Caleb Elzinga, Jace Fredricks and Mason Villo, trumpetist Austin Jacob, lap steel guitarist Justin Wierenga, celloist Max Morrison and violinist Michael Prokopchuk for a true ensemble affair. Standout tracks “Devil’s in the House Band,” “Show Me the Money,” “Flood” and “So Bad” resonate with an arena-ready flair that’s sure to rev up audiences. There’s a healthy dose of funk, R&B and pop weaving its way through the album, too.
Digging Deeper: A couple of the lengthier tracks could benefit from a more concise approach (especially when it comes to gaining radio airplay), and if Walton’s lyrics feel almost too confessional at times, he and his cohorts make up for it with passionate performances that make listeners buy into the raw emotions hook, line and sinker. Plus, with hints of everything from Bill Withers to Steven Tyler in Walton’s voice, there’s no limit to where his music will take him. (Read more about Walton in this Local Spins Artist Spotlight.)
Perfect For: Fans of The Black Crowes who’d appreciate the additional splash of horns and infusion of soul. – John Sinkevics
Website: https://www.nathanwaltonlive.com/
Listen: “Show Me the Money” 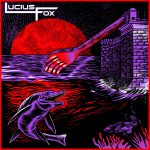 What Stands Out: “Red Giant,” the three-track EP from Kalamazoo-based post-metal duo Lucius Fox is 15 minutes of ferocious, instrumental storytelling. This EP is loud, chaotic and cinematic, and successfully communicates the emotions behind the ancient histories of the Claw of Archimedes and the Basilosaurus, and finishes with a futuristic lament about the potential expansion of the sun into a “Red Giant.” As this is an instrumental piece, it is vital to read the band’s explanation of each song (which can be found on the Bandcamp link below) to truly understand the ideas behind the EP.
Digging Deeper: Lucius Fox is a two-piece band, which is truly impressive considering the sheer amount of noise they create. Guitarist Jeremy Cronk and drummer Paul Drake Jr. combine forces to create a staggering wall of sound through looping, amplification and interesting arrangements. “Red Giant” was recorded at Studio Pepper in Battle Creek, where David Bouman controlled the mixing and Brendon Infante the mastering.
Perfect For: A soundtrack for a really intense D&D session or a game of Risk (Global Domination, of course). – Tyler Gargala
Website: https://luciusfox.bandcamp.com
Listen: “Basilosaurus” 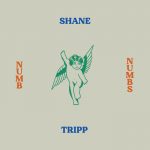 What Stands Out: In his fifth full-length album, Grand Rapids native and psychedelic-folk musician Shane Tripp takes us on an easygoing listen full of moody guitar solos, Tripp’s distant but calming vocals and dream-like echo vibes. Recorded in both Grand Rapids and Tripp’s current home in Asheville, N.C., the record feels like a fresh welcome to summer and get-togethers with old friends.
Digging Deeper: Speaking of summer, Tripp starts us off with “Summer of Twenty,” where he shares his gratefulness to have his own little hideaway with his partner: “We got a nice little place that ain’t falling apart/And we’re taking it easy/At the end of the day, I feel happy and safe.” The single from “Numb Numbs,” released in 2020, “My Little Beanie Baby,” is a flowy, grungey tune that draws the listener into a dream-like state that continues throughout the record. “Moon Rock” is reminiscent of 1960s beach vibes, bringing swingy guitar melodies and a showcase of Tripp’s higher register. The record’s melding of folk, psychedelic strains and dreamy rock turns out to be the perfect recipe.
Perfect For: Stargazing on the beach, road-tripping with old friends. – Liv Conaty
Website: https://shanetripp.bandcamp.com/
Listen: 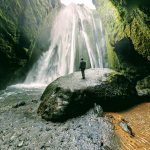 What Stands Out: “The Hidden People” is the latest addition to Justin Avdek’s solo catalog. Although Avdek is best known as bassist for the Grand Rapids-based progressive neosoul band Earth Radio, “The Hidden People” showcases the depth of Avdek’s musical prowess. The complex yet approachable instrumental arrangements and lush vocal layerings never fail to keep the listener engaged and interested. Similarly, the production on this LP is fantastic: It sounds good no matter how you listen to it. (I listened with headphones, through my phone speaker and playing through my speaker system to test out this hypothesis).
Digging Deeper: One of the greatest strengths of this album is the range of sonic space it holds. At times, Avdek provides us with a soothing, tranquil blanket of sound (“Lowest Hanging Fruit,” “Lake of the Clouds”), whereas other tracks are psychedelic, unnerving and chaotic (“Dark World,” “Collapse”). This intentional juxtaposition only adds to the strength of the album.
Perfect For: The introspective adventurer. – Tyler Gargala
Website: https://justinavdekmusic.bandcamp.com/releases
Listen: “Orchids” 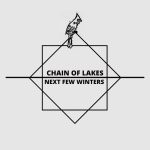 Chain of Lakes
“Next Few Winters”

What Stands Out: When Alto indie-folk songwriter Kyle Rasche, aka Chain of Lakes, released the full-length “In&In” back in 2018, it represented a move toward a lush, full-band sound. His latest EP, “Next Few Winters,” (officially being released April 30) returns to a more laid-back, atmospheric approach that’s every bit as compelling, with three sublimely melancholy songs that pay wistful tribute to Michigan’s coldest, most-isolating season. The beauty of it all begins and ends with Rasche’s mellifluent vocals which intoxicate listeners in much the same way that Art Garfunkel did back in his heyday.
Digging Deeper: As fetching as Rasche’s voice might be, he smartly enhances this collection with the mournful fiddling of Jeffrey Niemeier, the “ambient guitars” of Kyle VanderVeen and the bass and piano work of Eric Raby, as well as calling on the craftiness of former Grand Rapidian Peter Fox to mix and master the project. The biggest flaw may be that its paltry three tracks will almost certainly leave fans hankering for more.
Perfect For: Reflecting on the gray iciness of West Michigan days gone by while sipping wine amid the sunshine of a warm spring day. – John Sinkevics
Website: https://chainoflakessongs.com/
Listen: “Next Few Winters”