Explore some of the latest regional releases along with a Local Spins exclusive: a sneak peek into the full new album by Grand Rapids’ The Soods prior to its official release. 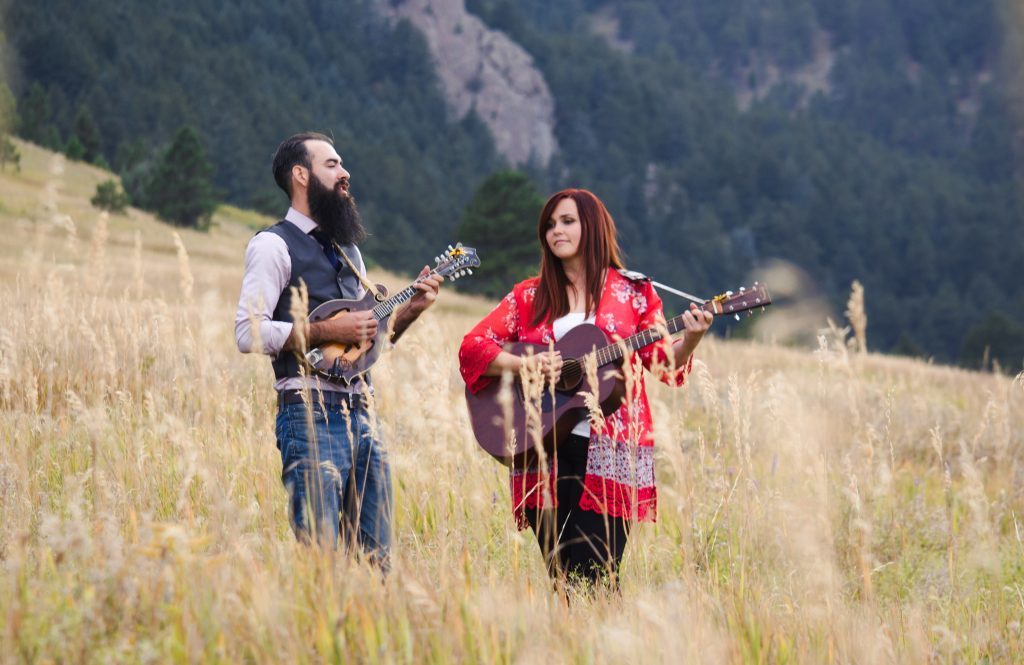 In this March roundup of new albums and EPs by Michigan artists, Local Spins explores projects from bands making their debut as well as seasoned artists with previous recordings under their belts.

The reviews cover a wide range of genres — from alt-rock to pop to folk — and feature a Local Spins exclusive: Readers can listen to the entire debut album by the new Grand Rapids band The Soods three days before its official release. 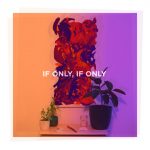 The world has been yearning for an alternative resolution. For too long now, the influences of punk and the harder side of rock have dictated the prevailing sound of alternative music. Grand Rapids’ If Only, If Only bucks this trend to deliver a take on melodic rock and roll that toes the line of grunge and indie music while maintaining the immediately infectious songwriting sensibilities of more pop-friendly material. The band’s debut EP showcases this direction across five tracks that touch on everything from life and death to the weight of anxiety, self-assurance, relationships and the often harsh reality of life in the modern era. It may never be said directly, but you get the sense in almost every lyric sang that the members of the band are doing their best to hold everything in their lives together at any given moment. Formerly known as Backpacks, If Only, If Only has shaken the youthful notions of innocence and wide-eyed optimism that ran through previous releases under the Backpacks moniker. This EP is by no means a record written without hope, but it does capture the moment when boys become men and leave their wide-eyed optimism behind. The tracks play like scenes in a film where the protagonist is slowly becoming aware of the fact nothing in this life is given without a cost and that even the most passionate people often struggle to find the love they so desperately seek. Rather than wallowing in this understanding, If Only, If Only searches for peace and forward momentum. Their songs are anthems for the disenfranchised. They ring out into the void with a message that reads, “You are not alone. I might not know where to go from here, but we will go there together.” – James Shotwell
Website: https://www.facebook.com/pg/ifonlyifonlymi/
Upcoming Shows: If Only If Only is currently on a U.S. tour with stops in Austin, Houston, Nashville and Louisville
Listen: “As Good As It Gets” 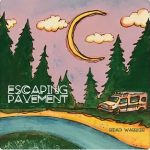 “Road Warrior” embodies everything that makes Escaping Pavement tick as an extraordinary acoustic duo: stirring harmonies, splendid hooks, bluegrass-worthy instrumental charm and a passion for Michigan’s “White Pines” and the treasures found in traveling America’s highways and byways. The Ferndale-based folk/Americana group featuring guitarist Emily Burns and mandolinist Aaron Markovitz (with Kosta Kapellas on bass and Loren Kranz on drums) follows up its 2017 “Wilderness Cathedrals” EP – a tribute to National Parks – with this five-song testament to the beauty, “trials and tribulations” of the road. And it’s only apropos that the recording produced by Andy Reed and officially being released on March 22 would kick off with the infectious, uptempo milieu of “White Pines,” a poignant salute to the natural wonders of their home state, a song written upon Escaping Pavement’s return to Michigan after a long tour. But make no mistake: All five tracks ooze the sort of vocal majesty and heartfelt delivery that sets their music apart. – John Sinkevics
Website: http://escapingpavement.com/
Upcoming Shows: March 22 at Otus Supply in Ferndale (EP-release show with Barbarossa Brothers); April 20 at Grand Traverse Distillery Tasting Room in Kalamazoo; April 27 at Wealthy Theatre Annex in Grand Rapids for the Grand Rapids Folks Arts Society series; June 5 at SpeakEZ Lounge in Grand Rapids for Local Spins Wednesdays
Listen: “White Pines” (Local Spins on WYCE) 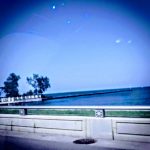 Grand Rapids-based indie-band The Soods may not be very well known yet, but rest assured they soon will be. Their full-length debut “Extemporary” is a well-connected network of dreamscapes that begs a second listen. Spearheaded by Jason Roy (formerly of Elroy Meltzer), this project features a variety of familiar guest artists — from Patrick Wieland and John Harrell of Lazy Genius to Shane Tripp and Stovepipe Stover — allowing each song to take on a unique life of its own. As a result, the album feels collaborative yet remains sonically distinctive. There’s a long stretch of laid-back, floating music after the opener “Monument Club” kicks things off; “Country Stoner Morrissey” picks things up a bit halfway through, and then the tempo is brought back down again for the placid and mellow interlude “Swimming In A Sea Of Our Own.” Bits of chamber pop are woven throughout, as well as soaked-in reverb and elements of beachy indie bands like Real Estate, and the diverse sonic landscapes are often ethereal in nature. Slow, dreamy tracks such as “Dunn’s River, CT” and “Paper Water” – the latter of which features unexpectedly fitting vocals courtesy of Elroy Meltzer – spill through the speakers and wash the listener away in their deep sonic textures. Nearly every song on the record seems perfectly placed: It’s a pleasant, drifting journey down the river of the subconscious with a few hidden gems along the way … and a strong and intriguing debut. – Devin Dely
Website: https://thesoods.bandcamp.com/
Listen: “Sing Alaska (feat. Stovepipe Stover)”

For a sneak preview of the entire album, listen here: 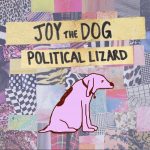 Soul searching has a name. And that name is Political Lizard. “Joy the Dog” is the band’s first studio album, yet it feels like the product of battle-hardened musicians. The Rockford-based duo of Jenna Olson and Caleb Waldvogel – augmented by multi-instrumentalist John Bomer and drummer Miles Ferguson – has fashioned the perfect album to introduce its melancholy tones and striking, contrasting voices: the ethereal and haunting Olson, the grounded rawness of Waldvogel. The duo manages to blend these in perfect harmony. In the album’s opener, “Sway,” the soft strumming of guitars is a wonderful prelude to Waldvogel’s earthy vocals, complemented by Olson’s delicate intonations. The young Indie-folk group also demonstrates mature sophistication: The track “I Found You” seamlessly transitions from the gentle strums of guitars to an upbeat melody, further enhanced by the gentle, good-feeling drumbeats. Despite Political Lizard’s mellowness, the band also exhibits a whimsical side, showcased in the aptly named instrumental track, “Accordion Song,” and in “You Are Sad,” which boasts a kazoo. There is beauty in simplicity and “Joy the Dog” revels in that. And as the title suggests, the album exudes joyfulness, yet makes listeners ponder the fleeting nature of that emotion. – Matthew Tep
Website: https://www.facebook.com/politicallizard/
Upcoming Shows: 7 p.m. Wednesday (Mar. 13) at Thornapple Brewing in Grand Rapids;
Listen: “Sway” 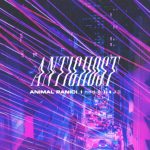 If you haven’t heard Antighost’s new EP, “Animal Panic!” pick any song and you’ll be listening to the remaining tracks right after. The album opener, “Gang of Hounds,” sets the standard and Antighost delivers again and again. As a grunge/emo/punk/alternative rock band, even the scream/singing of vocalist Sean Shepard comes off as a pleasant addition to these songs. Catch the beauty and power of that in the track “I Can’t Feel the Sun,” with cascading undertones that explode into what is best explained simply as a straight-up good song. And the album’s single, “Sober,” gives listeners the best of Shepard, bassist Joe Bida and drummer Dylan Vanderson: The band melds sonic elements to create a powerful attack that builds to a pleasing crescendo. The six-song EP is just long enough to prove Antighost’s unquestionable mettle and just short enough to make listeners eager to catch a live show. Where else could you get away with screaming, “I don’t want to go outside because I hate everyone”? – Olivia Menchaca
Website: https://www.facebook.com/Antighostmusic/
Upcoming Shows: 9:55 p.m. March 23 as part of WO-Stock at West Ottawa High School in Holland; March 30 at the Crofoot in Pontiac (with You Rest, You Joy Life, Dogleg and Pinch); April 13 at The Quarry House in Grand Rapids
Listen: “I Can’t Feel the Sun” 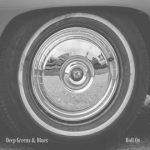 Grand Rapids alt-country band Deep Greens & Blues doesn’t just deliver harmony-driven charm, it takes the listener on a journey filled with heartfelt songs about love, moving on and life lessons. The band’s third studio album jumps in headfirst with “The Unknown,” a high-energy track that introduces lead singer Travis Atkinson’s rich, crystal-clear voice. That quickly transitions to the title track, “Roll On,” an uplifting back porch jam. “I got a feelin’ we gotta roll on our best days are yet to come // I’m still believin’ if we hold on strong we’ll find the answers in the beautiful broken song,” Atkinson sings as Kelsey Gustafson’s tight harmonies shine through. The sly and sleek “Desire,” meanwhile, shows off the mysterious side to the band’s sound, and listeners get to hear Gustafson’s glassy smooth voice before she takes the lead on the upbeat dance-hall tune “Whisper.” Powerhouse vocals come together for a strong ending in “Puppets,” introducing the sassy, fiddle-fired track, “I Don’t Want You.” The band even included a West Michigan tribute via the opening line of “Home to You”: “Down that long line past Kalamazoo, every time I’m leavin’ I’m tryin’ to get home to you.” Indeed, the album brings listeners home to a porch swing sipping lemonade on a summer night, to a crowded backyard barn party, and to a long drive on a back road of reflection in the warm sunlight. – Liv Conaty
Website: http://www.deepgreensmusic.com/
Upcoming shows: 7 p.m. Saturday (March 16th) at Elevation inside The Intersection in Grand Rapids, opening for Domestic Problems
Listen: “Roll On”