COVID has wiped out performances in a year that started with promise. Before all that, October 2019 rolled out concerts and big events on a nightly basis. Local Spins looks back on a robust week of shows. 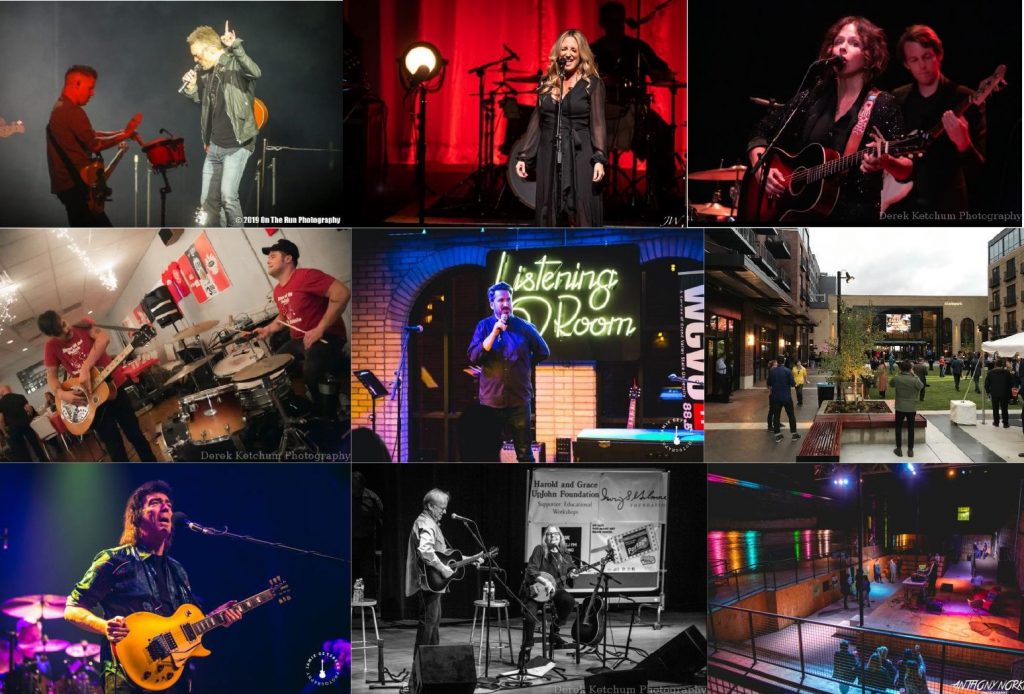 It’s easy to forget what things were like on West Michigan’s music scene before the COVID-19 pandemic swept the planet.

It’s also hard to fathom that a year already has passed since Grand Rapids’ impressive new Listening Room and Studio Park opened to the public downtown for the first time — maybe because concerts and events there were suspended less than six months later due to the coronavirus.

Indeed, early October 2019 represented a microcosm of the robust live music offerings that West Michigan — and its talented bands and solo artists — was rolling out night after night. We can only hope that something approaching that brisk and vibrant entertainment lineup will return in the not-so-distant future.

Until then, relive some special moments from a special October week, one year removed, in this special Local Spins Rewind feature. 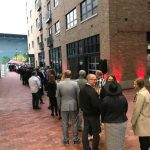 Grand Rapids’ new $180 million downtown entertainment and housing complex opened its doors to the public on Oct. 2, including the much-talked-about, 200-seat Listening Room. The grand opening party gave hundreds of gawkers a sneak peek into downtown’s newest jewel, including the glitzy, 200-seat, second-floor Listening Room where The Crane Wives’ Kate Pillsbury gave attendees a brief performance preview of the venue’s impressive sound. The premiere, with a red carpet and all, drew a who’s who audience of attendees smitten by the development. Read the Local Spins story here.

Some concert nights are just special — not necessarily for superstar tour stops, but for the vintage nature of the music created by the performers on stage. Oct. 4, a Thursday in Grand Rapids, was one of those nights. Local Spins was on hand for the vintage country of Lee Ann Womack at St. Cecilia Music Center, Steve Hackett rolling out Genesis classics at 20 Monroe Live and the U.K.’s Joy Formidable joining Devotchka for a memorable double-bill at The Pyramid Scheme. Check out the Local Spins photos and recaps here. 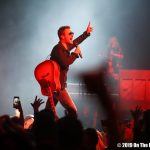 This weekend’s Pulaski Days celebration has been mostly muted by COVID. But in 2019, the halls were rocking — especially Sixth Street Hall where blues/rock/rockabilly duo Jesse Ray & The Carolina Catfish rattled the walls. But there were also superstars in Grand Rapids that weekend, led by country singer Eric Church who played two straight nights at Van Andel Arena and managed to give a bunch of shoutouts along the way to The Intersection (which he used to play before becoming a mega-star). Meanwhile, Michigan’s songbird, May Erlewine, lit up Bell’s Brewery Eccentric Cafe in Kalamazoo, touring behind her latest, compelling album, “Second Sight.” And there were plenty more concerts captured in images by Local Spins photographers that week. Check out all the action here.

THE THIRD GREAT LAKES MUSIC CAMP AND A GLAMA-VERSARY

The third Great Lakes Music Camp unfurled along Lake Michigan at Camp Blodgett in West Olive with workshops and a packed concert starring instructors. And in Kalamazoo, the Great Lakes Acoustic Music Association hosted a “GLAMA-versary” – a 20th anniversary event – at Kalamazoo Valley Community College. Browse the photos and get the recaps here.

The ArtPrize Project 1 installation hosted DJs, bands, poets and more in fall 2019 in a unique multi-level venue on Grand Rapids’ West Side, including the likes of Kyd Kane, J. Oscar Bittinger, Lady Ace Boogie and more. The lowdown on this unusual space at Local Spins here.