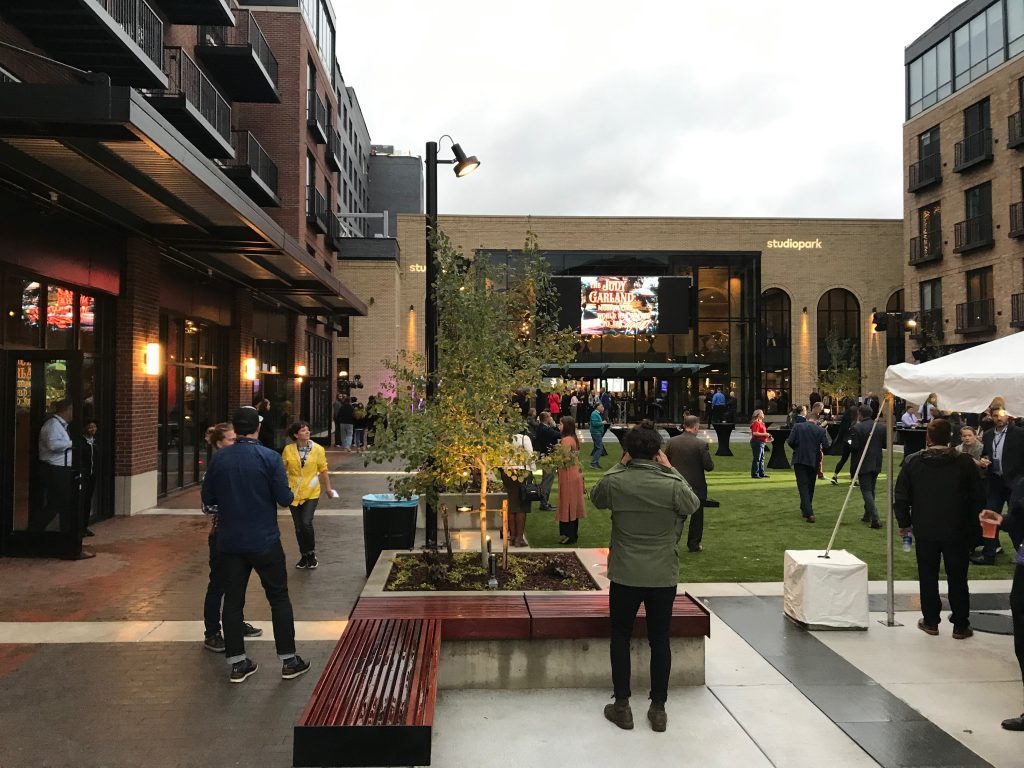 Presenting Studio Park: Hundreds of invited guests got a sneak peek into the new downtown development on Wednesday. (Photo/Local Spins)

SCROLL DOWN FOR A VIDEO TOUR OF STUDIO PARK

With a nine-screen movie theater, apartments, retail space, parking ramp, hotel, restaurant and office space — some of which is still being completed — Studio C at 123 Ionia Ave. SW covers a lot of ground, and Wednesday’s dazzling premiere (which even boasted a red carpet) drew a who’s who audience of attendees clearly smitten by the unique development. 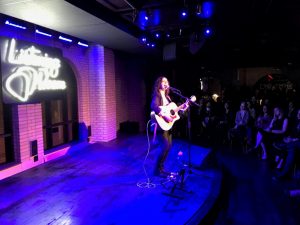 Of course, for West Michigan musicians and music fans, the intimate and swanky Listening Room serves as one of the development’s main attractions, touted as a singular acoustic experience with top-drawer sound that operations manager Quinn Mathews insisted would offer a setting unlike any other to “appreciate the art of music.”

To that end, Wednesday’s sneak peek showcased a brief performance on the Listening Room stage by singer-guitarist Kate Pillsbury, of Grand Rapids folk-rock band The Crane Wives, with a packed audience sampling the stellar acoustics of the venue for the first time. 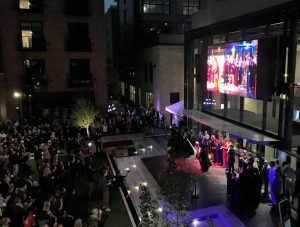 Ribbon-Cutting: It had a ‘Star Wars’ theme. (Photo/Local Spins)

David Wax Museum and Heather Maloney perform on Nov. 6, Matthew Perryman Jones on Nov. 7 and renowned singer-songwriter David Bazan — playing two straight nights — on Nov. 8 and 9. Get tickets and details for all of these shows online at listeningroomgr.com.

Local Spins will also host a monthly “Michigan Mondays” concert series at the Listening Room featuring artists from across the Great Lakes State (but outside Grand Rapids), starting with a special Time Out concert on Nov. 25 starring Savannah Buist and Katie Larson of Traverse City’s The Accidentals, Stephie James and Megan Slankard. Keep following Local Spins for more information about this series in coming weeks. 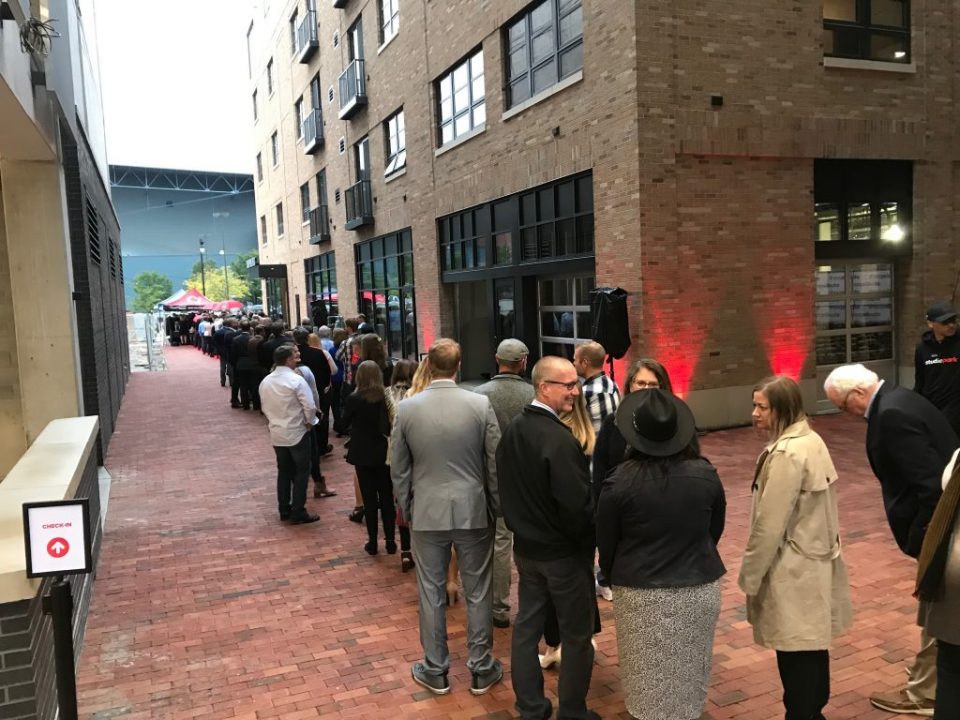 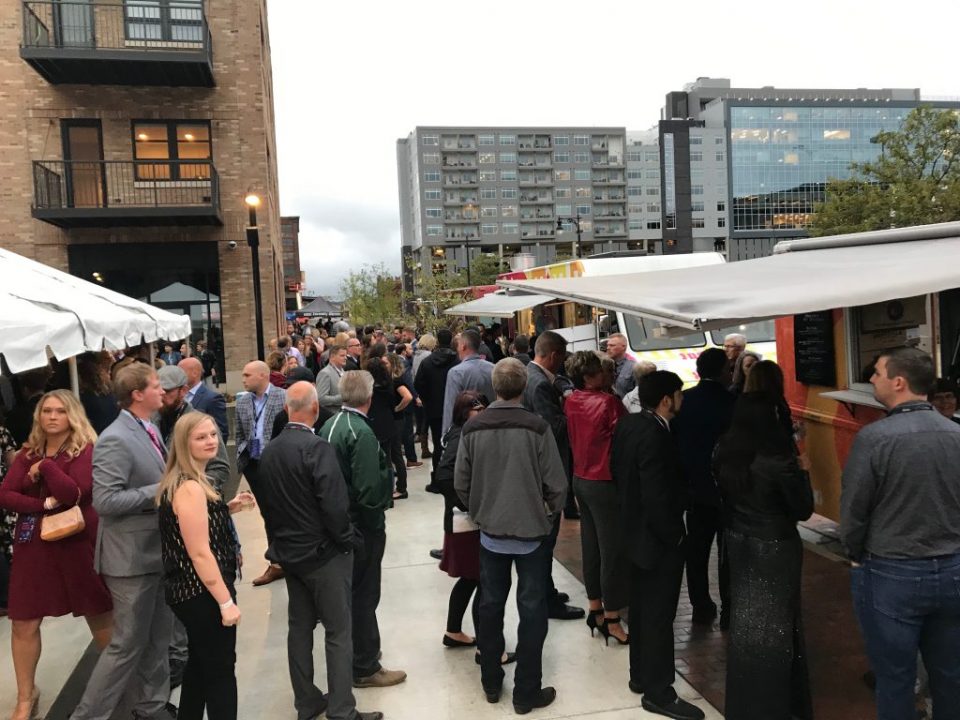 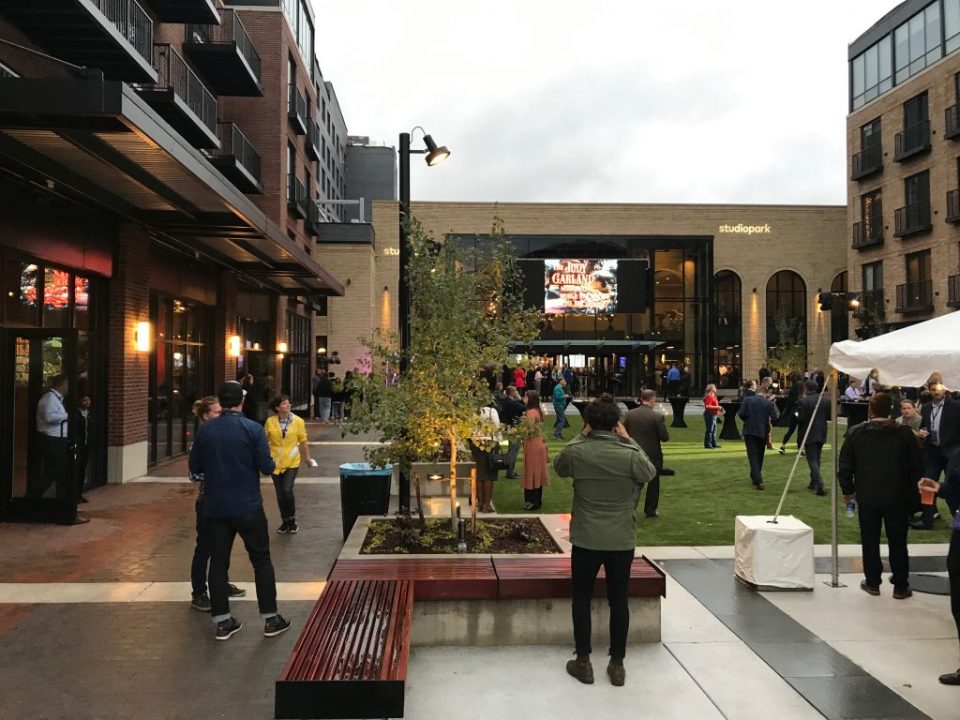 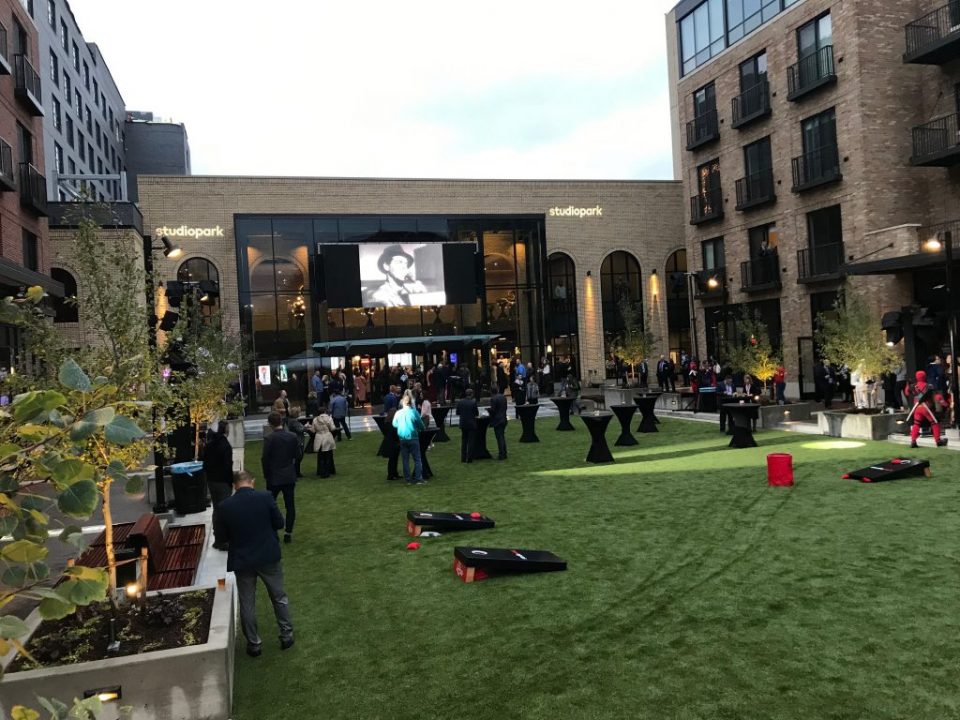 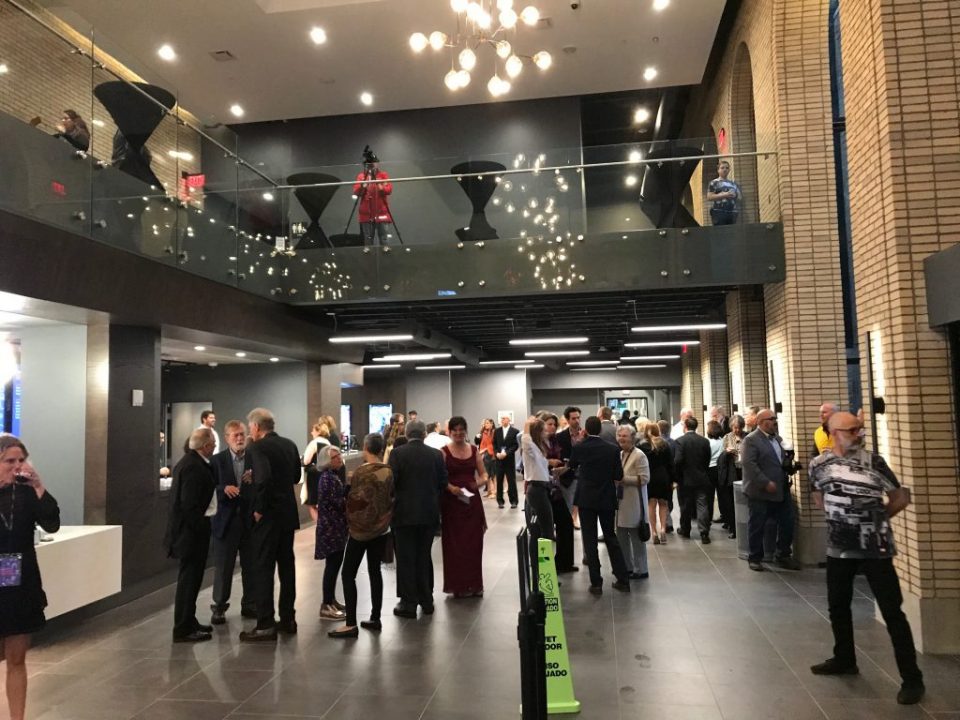 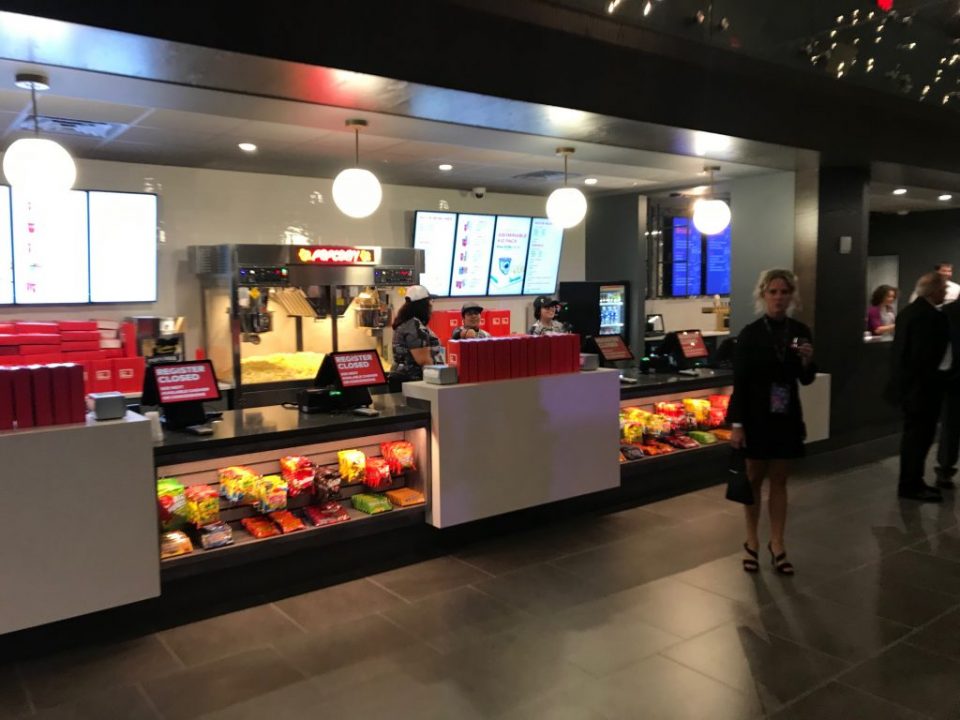 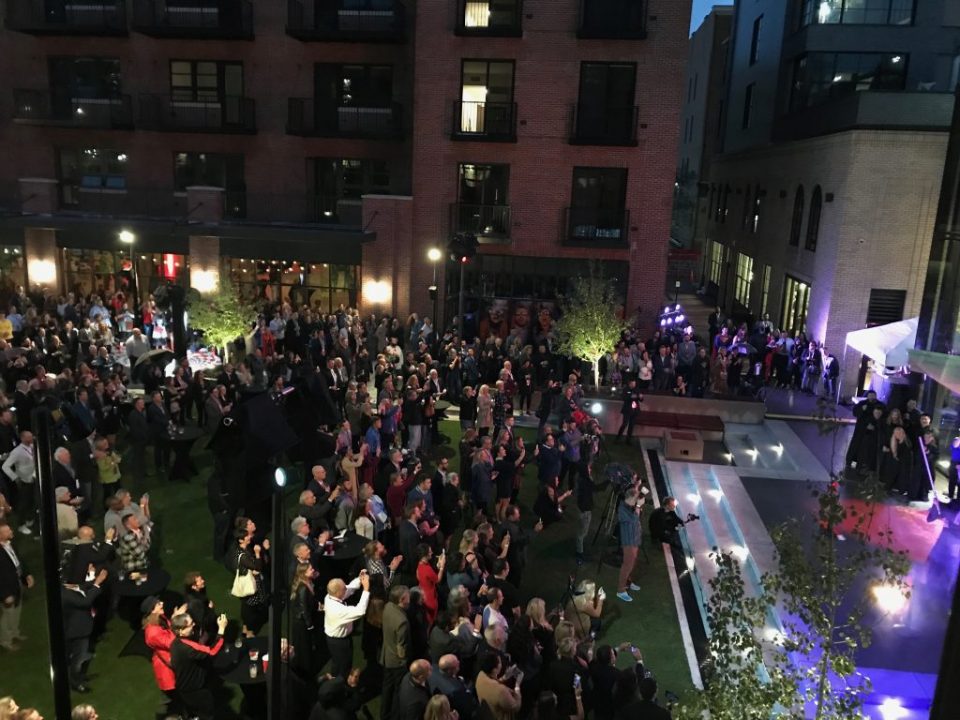 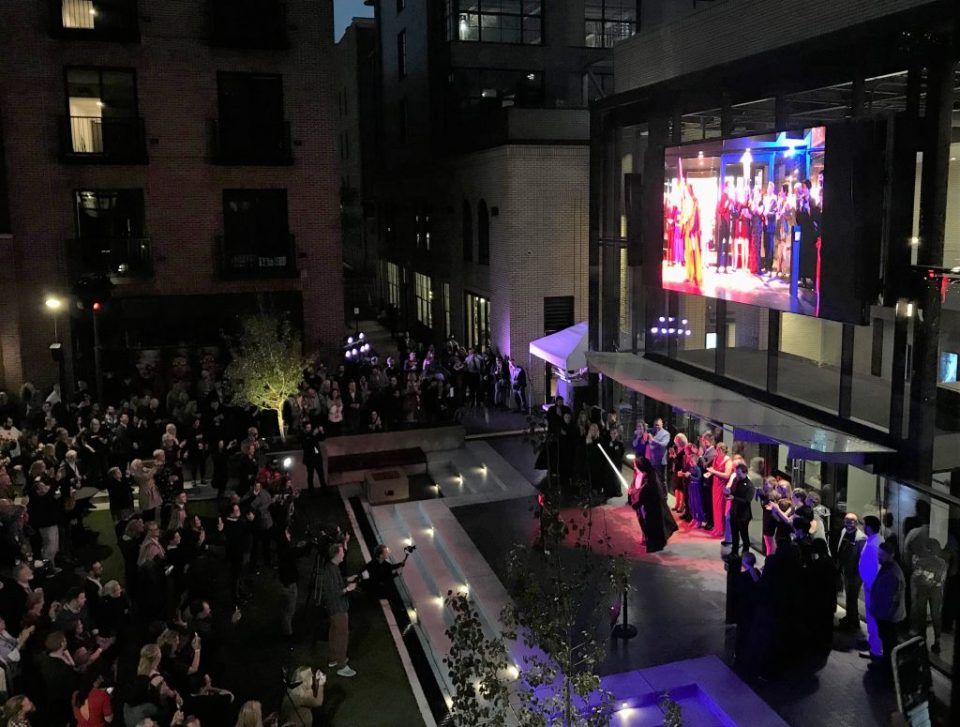 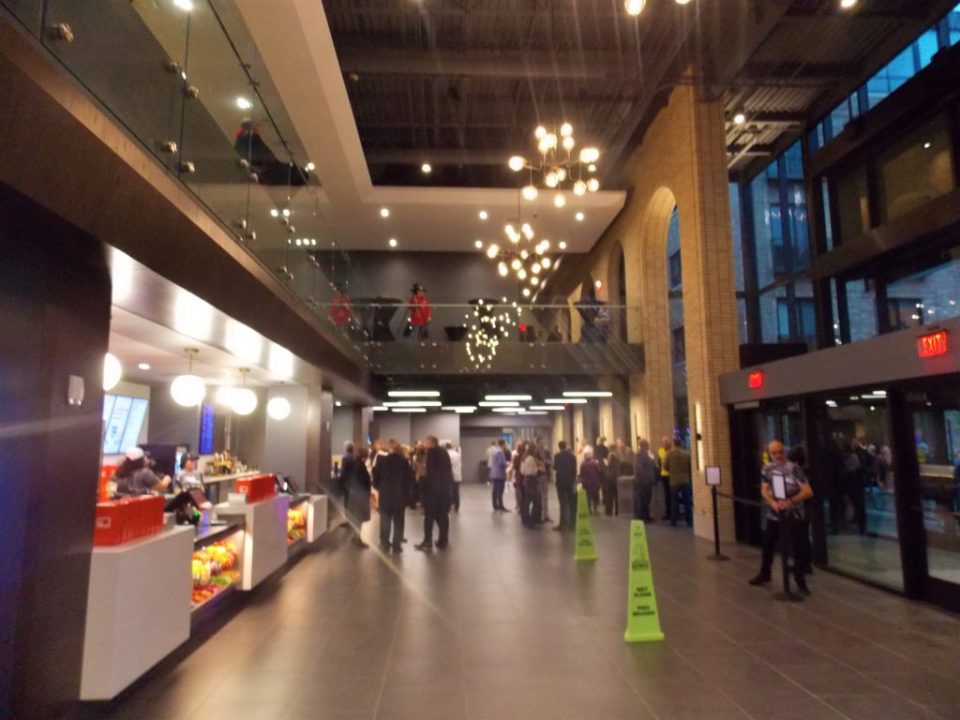 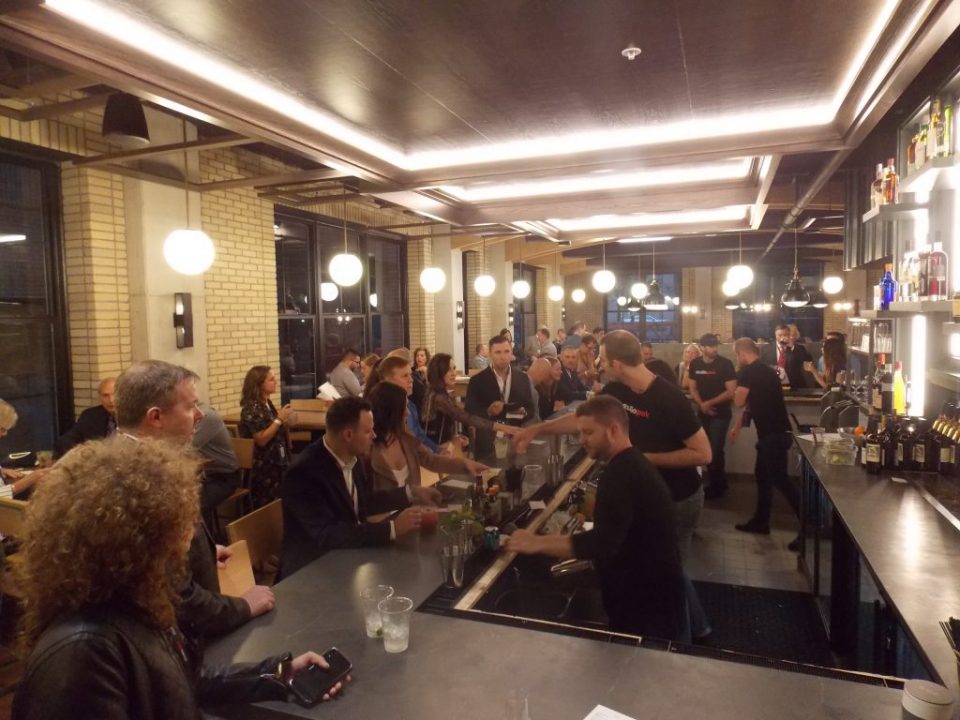 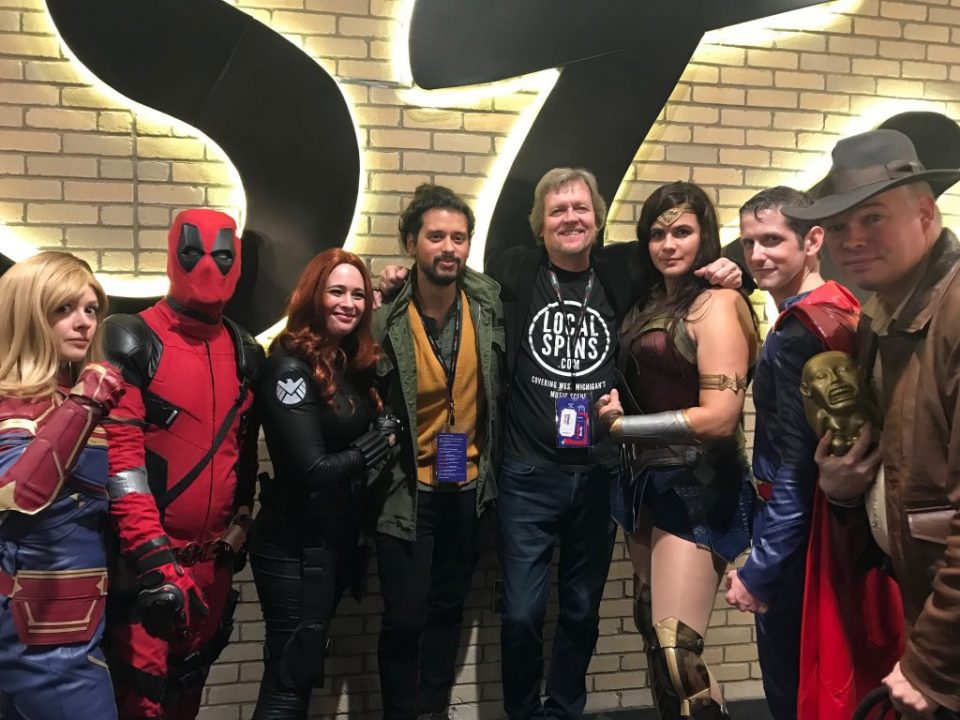 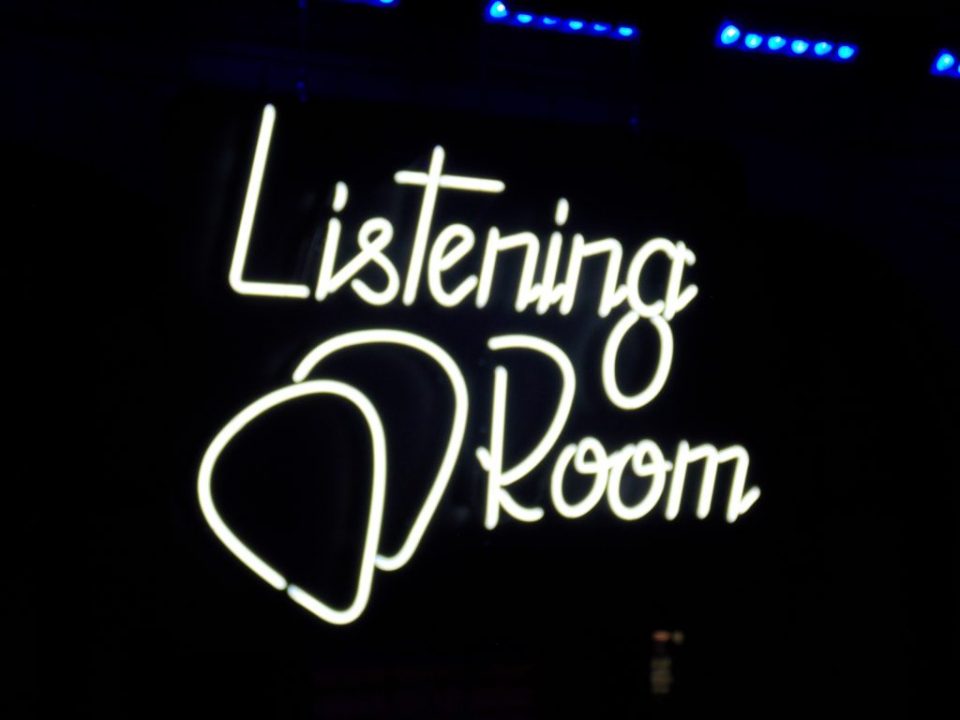 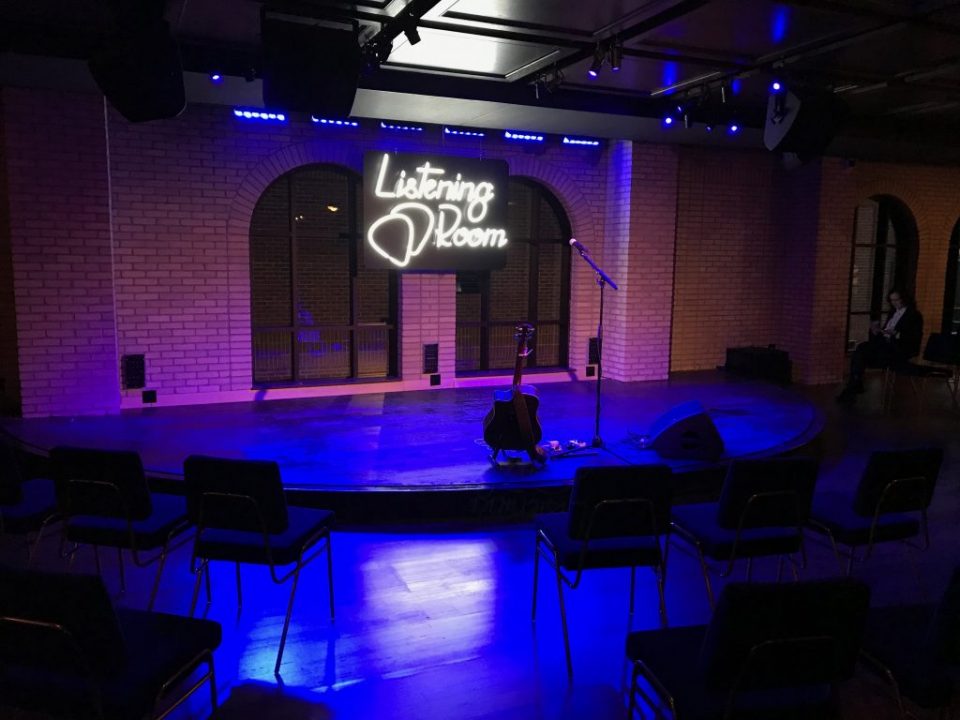 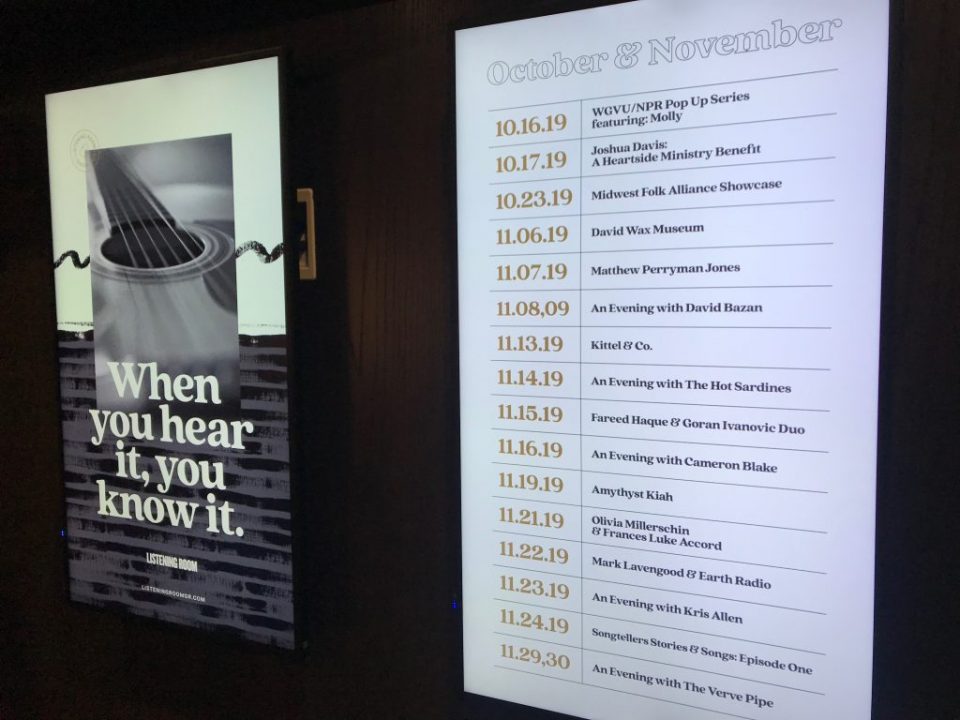 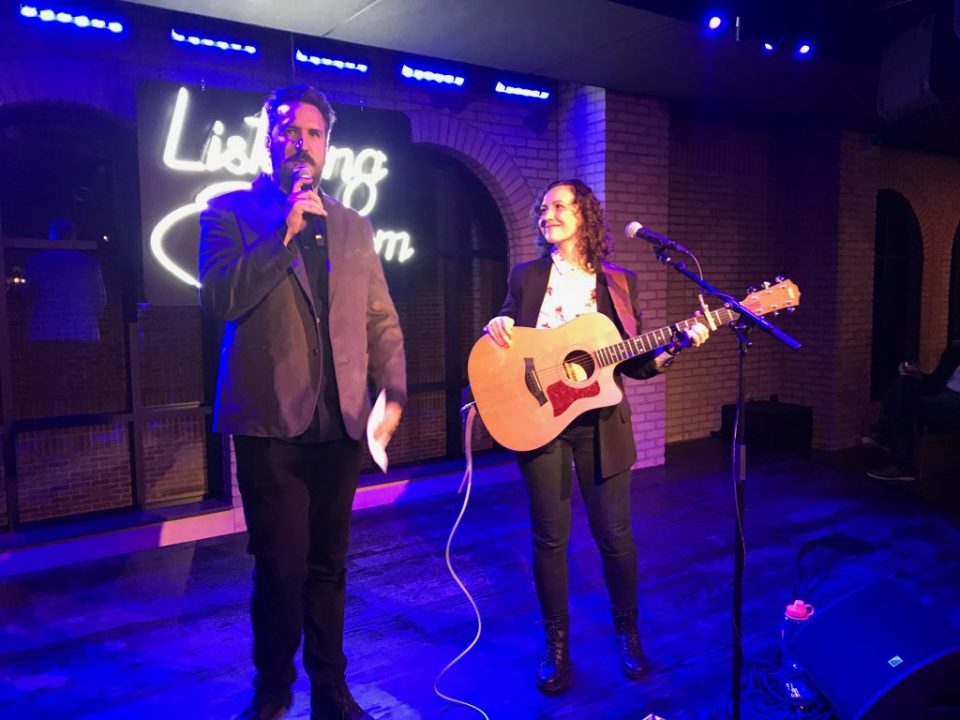 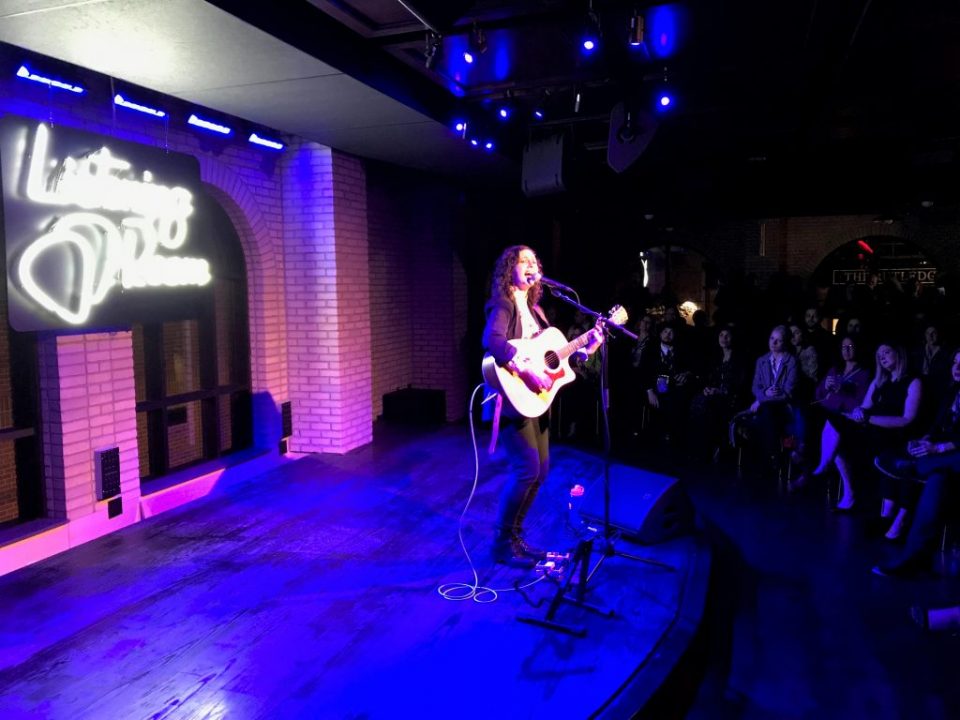 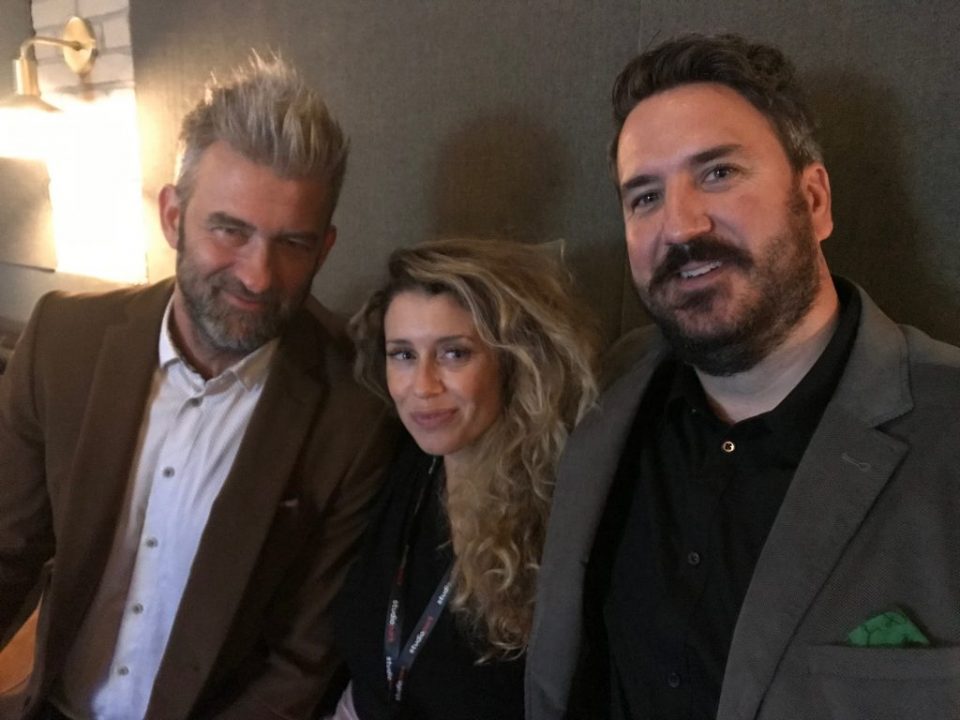 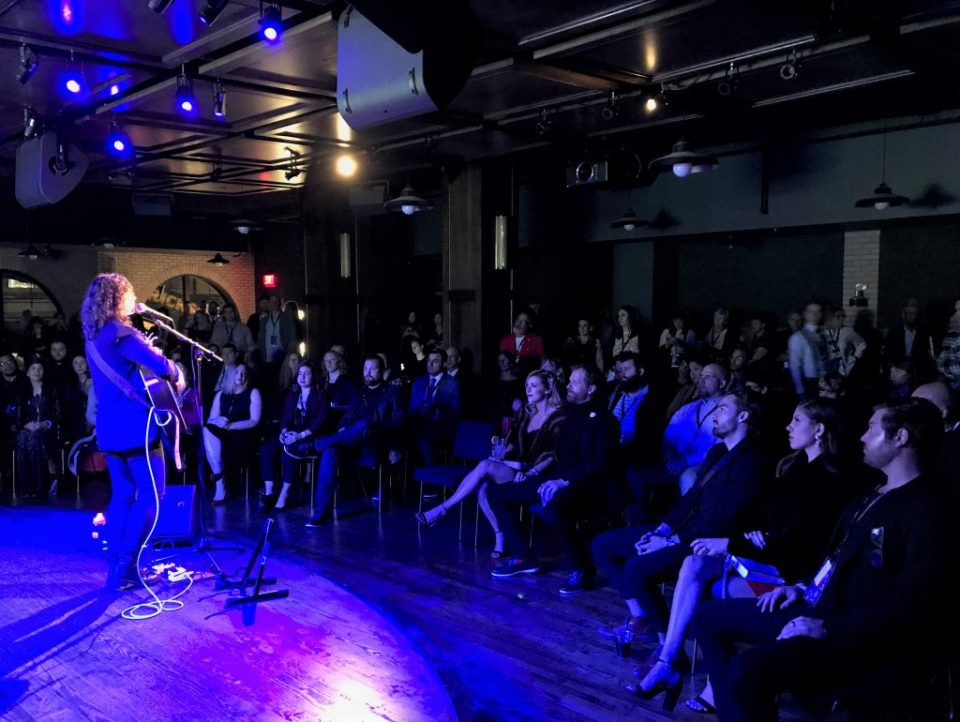