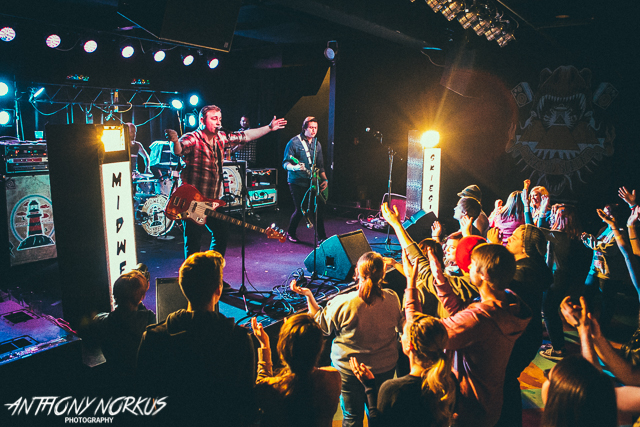 Since the annual music fund-raiser WO-Stock began a dozen years ago just outside Holland, it has raised thousands of dollars for school computers and a sustainable agriculture program in a developing West African country.

So, they’re going to do it again.

WO-Stock 2014 will rock the rafters with more than 30 West Michigan bands on Friday and Saturday at West Ottawa High School’s North Building, north of Holland off Butternut Drive.

Don’t be fooled by the venue: Just because this event takes place in a high school and is engineered by high school students, it’s not all under-age bands.

The show features a host of well-known regional rock acts and working musicians, including some repeat performers who have grown attached to this event, a project of West Ottawa High School’s Cultural, Technical, Environmental Exchange (CTEE).

‘A WIN-WIN SITUATION’ FOR BANDS

“This is the first year our tour schedule has worked out in favor of us getting to participate, so we are very excited,” said The Outer Vibe’s Lisa Kacos, who plays keyboards and trumpet for the Grand Rapids-based pop/rock band known for staging annual rock camps for teenagers. 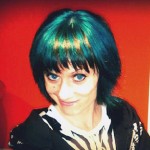 Lisa Kacos of The Outer Vibe

“We like to make it a point to donate our time and music for a good cause every so often, which is the case with WO-Stock. It’s a win-win situation: Ticket proceeds support WO’s CTEE work-study program, and we get to play a show for a ton of people who love music.”

Science teacher Mike Jaeger, faculty adviser for CTEE, shepherds the young concert promoters through production of WO-Stock each year. So while Jaeger tackles parent-teacher conferences, students will set up, problem-solve and pull together the mammoth concert weekend.

As a lesson in global social change, CTEE provides technology for schools and helps with the U.S. Peace Corps agro-forestry program in Cameroon. Not only do students raise money and in-kind donations, such as used computers and shipping containers, but some of them actually go to Cameroon to install computers and work alongside Peace Corps members in farm fields.

GIVING STUDENTS THE CAPACITY TO ‘SOLVE SOME REALLY BIG PROBLEMS’

The trips occur, on average, every other year, says Jaeger, who served in Cameroon with the Peace Corps in the late 1980s. He’s enthusiastic about the ability of high school kids to have a positive impact halfway around the world. 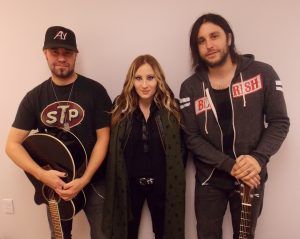 “You don’t have to be Oprah,” Jaeger said. “Even as a student you have the capacity to solve some really big problems.”

CTEE students have collected, refurbished, shipped and installed some 2,700 donated, used computers in Cameroon schools since the program began.

“The really cool thing is everything is a real world application of skills,” he said, from tech-savvy teens who work on the computers to French-speaking students who communicate with farmers to alums who have launched music-related careers after being involved in WO-Stock, which offers pizza, hot dogs and other concessions along with continuous music. 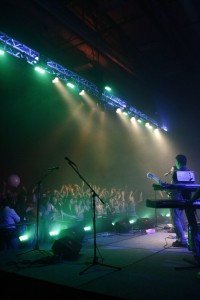 The WO-Stock benefit draws alumni back year after year. Former students who today run sound and lighting companies in other cities bring their rigs to Holland, and alumni musicians have brought all sorts of sounds to the West Ottawa stages, Jaeger says, including pop, rock, jazz, blues, rap, techno, rise, folk, jam, ska and surf.

In the past, platinum-selling alt-rock band The Verve Pipe has performed at WO-Stock, as has hard rock’s Pop Evil, which tours nationally. Other notable WO-Stock past performers have included Slant, Middlefield, Bless You Boys, guitarists Mike Grady and Jon Fegel, bassist Kevin Hanson, and drummer Kevin DePree.

This year, well-known acts such as Midwest Skies, Vinylicious, The Dockside Fever, Jake Walker, She Screams of Royalty and more join the showcase.

“There’s an expression in Cameroon, ‘Softly, softly catch the monkey,’ ” Jaeger said. “It means that doing things little by little leads to great accomplishment, in the little bit that we each can do.”