The singer-songwriter with success in heavy metal and dance music has hit the re-set button in Kalamazoo while fronting the all-female Dacia Bridges Project. Experience the story and Local Spins on WYCE podcast. 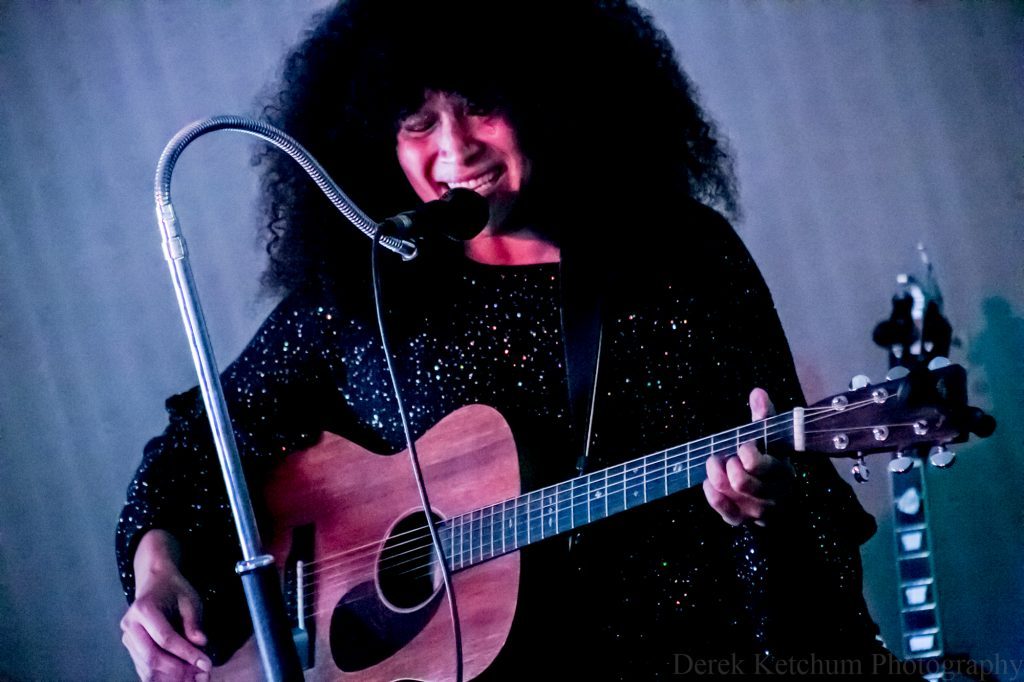 Transition, Rebellion, Being True to Oneself: Dacia Bridges already is making an impact in West Michigan. (Photo/Derek Ketchum)

THE BAND: Dacia Bridges Project
THE MUSIC: Singer-songwriter-infused project inspired by dance pop and nu metal
WHERE YOU CAN SEE THE BAND: 4 p.m. Saturday June 9 at Kalamazoo PRIDE in downtown Kalamazoo; June 16 at Buttermilk Jamboree at Circle Pines Center in Delton; June 19 at Art Dedication & Street Party in Kalamazoo; June 30 at the Local Spins West Michigan Music Showcase at Old Dog Tavern in Kalamazoo (with Hannah Rose & The GravesTones and The Legal Immigrants)

From playing in front of 60,000 people at major German rock festivals to as few as six people at a Kalamazoo club, American-born and German-bred megastar Dacia Bridges has been busy reinventing herself as a singer-songwriter since moving back to the United States three years ago. 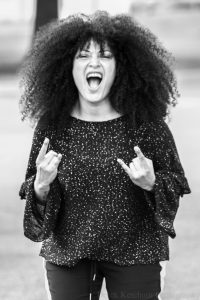 Bridges, who got her start as a break-dancer, has gone through a handful of artistic transitions in her life, evolving from a chart-topping European pop star into one of Germany’s first nu metal acts to someone who now finally feels she has enough life experience to strip down and wax poetic as a singer-songwriter.

As she so aptly puts it: “Stereotypes don’t work when it comes to me.”

After 25 years gracing stages throughout Germany, Bridges walked away from it all to move stateside for familial reasons. After a brief stop in Nashville, she moved to her native Michigan and now calls Kalamazoo home. She’s teamed up with well-known area musicians Sarah Fuerst (Corn Fed Girls, Thunderbolt & Lightfoot), Cori Somers (Red Sea Pedestrians) and Carolyn Koebel (An Dro) to form The Dacia Bridges Project, an all-female super-group that allows her to speak to where she’s at, at this juncture in her journey.

And, she said, she’s now seeing “the beauty” of the West Michigan music scene.

“All of the transitions I have done with music are the transitions of my life, where I was in my life,” said Bridges, a native of Oscoda, Mich., who ended up in Germany because her father was in the military and was stationed there.

“When I was younger, people would ask me why I didn’t do the singer-songwriter thing, because I was always around these loud guitars and they’d say we can never really hear your voice and want to hear it on its own. But the problem was I never felt like I was old enough. When you are 19 years old and talking about love and death, you don’t know anything.”

Despite playing in front of major audiences and watching her song, “I Begin to Wonder” hit No. 1 on international dance charts, the German sensation has always taken chances and been willing to change things up both on and off the stage. 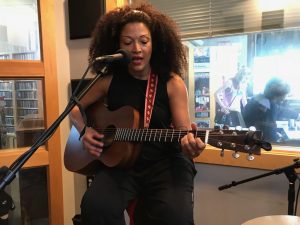 On the Air: Dacia Bridges performing during this week’s edition of Local Spins on WYCE. (Photo/Local Spins)

She left behind the dance-pop world because she “wanted to be the female David Lee Roth,” then played punk shows incognito wearing a wig, so no one knew it was “that singer from that other band,” knowing full well her record label wouldn’t allow for her to delve into a side project full steam ahead.

“Rock wasn’t so easy to get into,” she recounted. “First of all, you don’t see a lot of black girls doing rock (in Germany). They really don’t want women there, and that’s just how it is, and I did some really heavy metal.

“For me, the power of metal has always been like the power of strong hip hop. It always had this in your face, Pantera with groove. … Then I got into this really in-your-face, off-the-wall punk because I just got tired of the music business in general and just wanted to be rebellious. It’s just one of those things that if you are true to yourself, you kind of do trial and error. You are challenging yourself constantly.” (View the video for Dacia Bridges’ metal band Tape’s single, “Yeeha,” below.)

Being true to herself now means being able to raise her daughter on her own in America and starting all over with an all-star cast of female musicians. That connection was made due to a chance encounter with Somers’ mother after Bridges accepted a role in a production of “The Christmas Story” at The Kalamazoo Civic Theater. 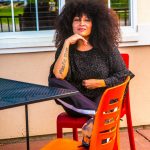 “One of the girls in the play was Cori’s daughter and the grandmother kept telling me ‘You’ve got to meet my daughter,’ so we were doing this promotional thing and Cori came and heard me sing and we were like, OK, let’s exchange numbers.”

The rest of her band soon came together, and while she is still on the hunt for a female guitar player so that she can focus more on her vocals, The Dacia Bridges Project is now in full swing.

Bridges said it’s difficult to pinpoint the music the group creates because it represents her “whole journey — from dance music to singer-songwriter, a little bit of rock ‘n’ roll, a little bit of edge, folky, it’s all in there. … It’s emotional.”

Koebel said the band has used the term “edgy, contemporary urban folk” to describe its approach, much of it with a dance feel.

“I know and believe that I am here for a reason,” said Bridges, who anticipates recording an album with the Dacia Bridges Project and releasing it next year. 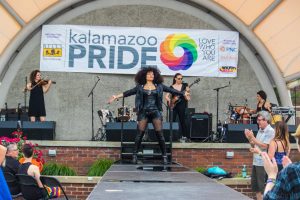 “There’s a lot of things in my life right now going on and I’m just trying to put things in perspective and take one goal at a time. Having this band, it’s great and it makes me feel like I have my own little music family again. I haven’t been here that long, and all these things take time. But I’m just happy to be playing.”

Two of the biggest shows she’ll be playing this month include the band’s first appearance at Buttermilk Jamboree, which takes place June 15-17 at Circle Pines Center in Delton. Get tickets and details about that festival, headlined by Donna the Buffalo, online at buttermilkjamboree.org.

On June 30, the band will perform with Hannah Rose & The GravesTones and The Legal Immigrants at Old Dog Tavern in Kalamazoo as part of the inaugural Local Spins West Michigan Music Showcase. Get tickets, $10, and details for that show online at tickets.localspins.com.

Bridges and Koebel performed in pared-back, duo fashion for this week’s edition of Local Spins on WYCE, playing the songs “Unpredictable Child” and “Road Back to You” in Studio X as part of the show. Listen to the podcast below.

The June 8 edition of Local Spins on WYCE also featured the on-air debut of local and regional tracks by Exposure Therapy and James Williamson & The Pink Hearts, as well as music from the latest releases by Thunderbolt & Lightfoot, Travis Swanson, Lazy Genius, Earth Radio, Vox Vidorra, Michigander and Lindsay Lou. 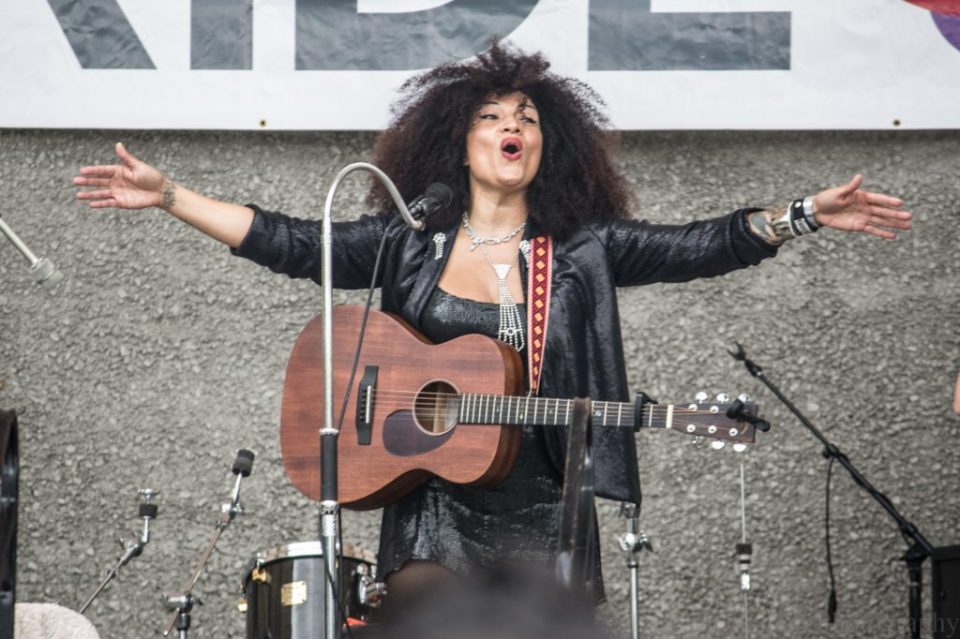 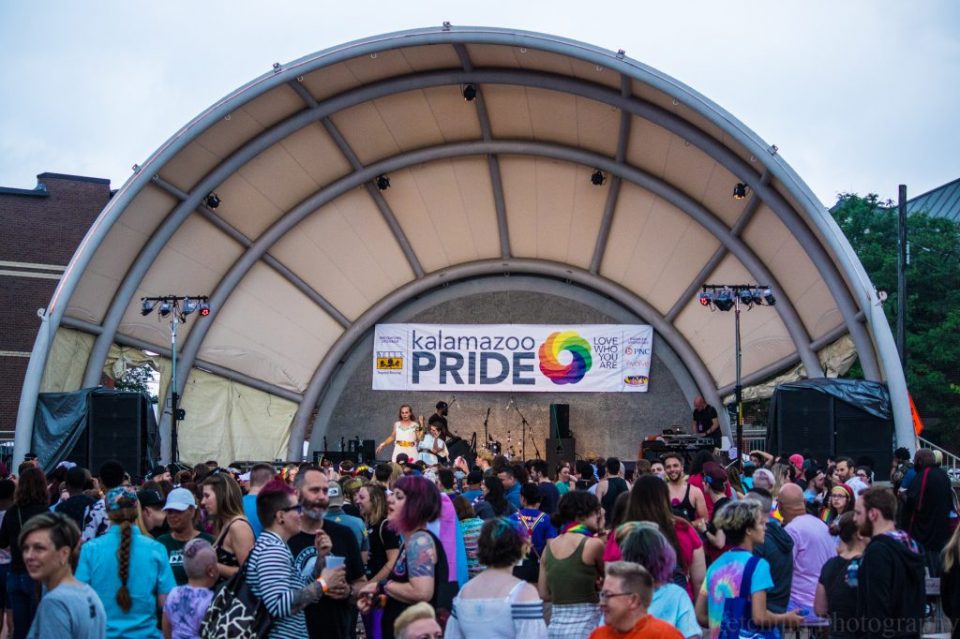 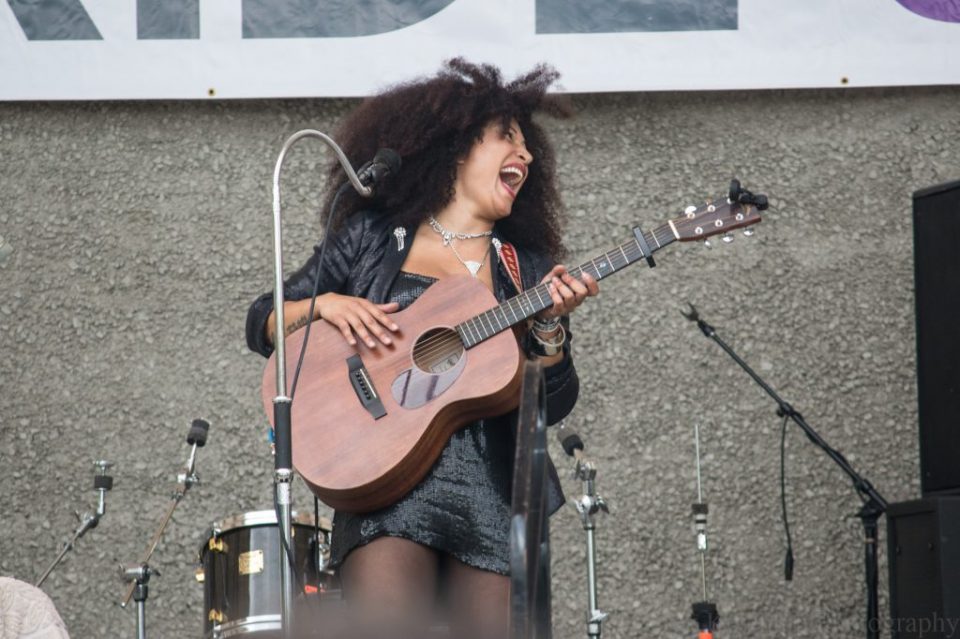 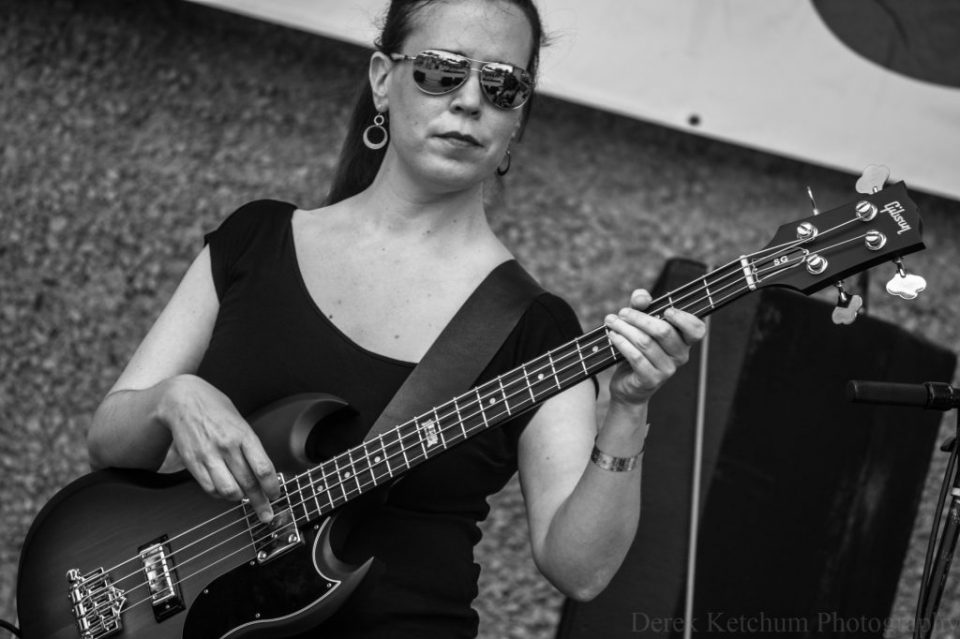 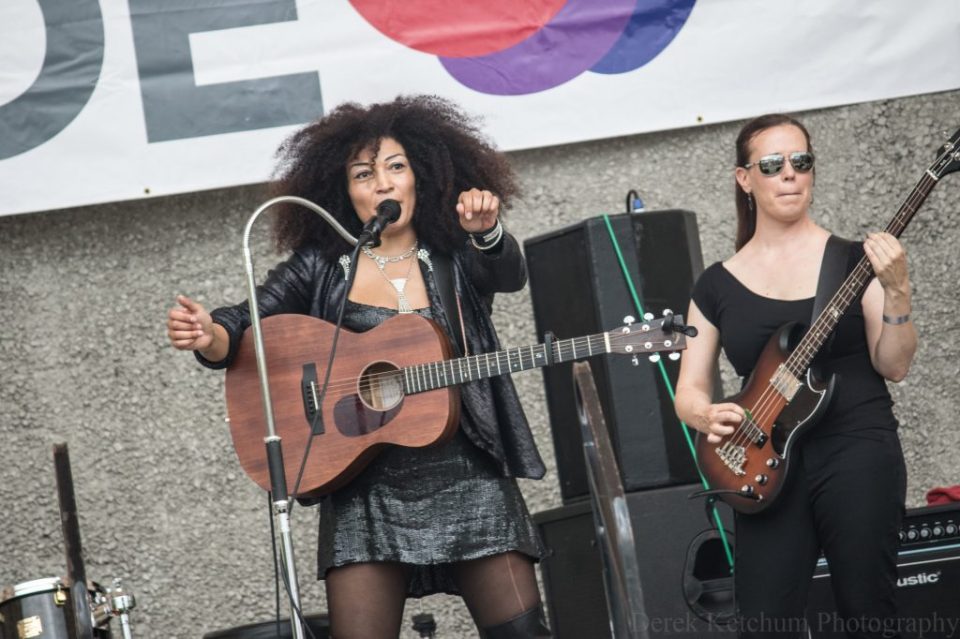 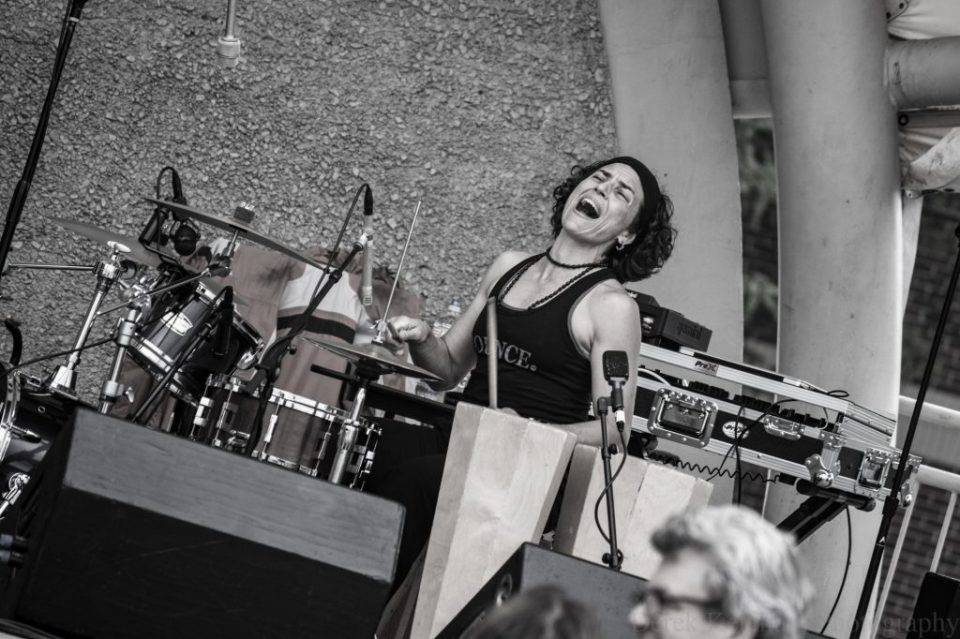 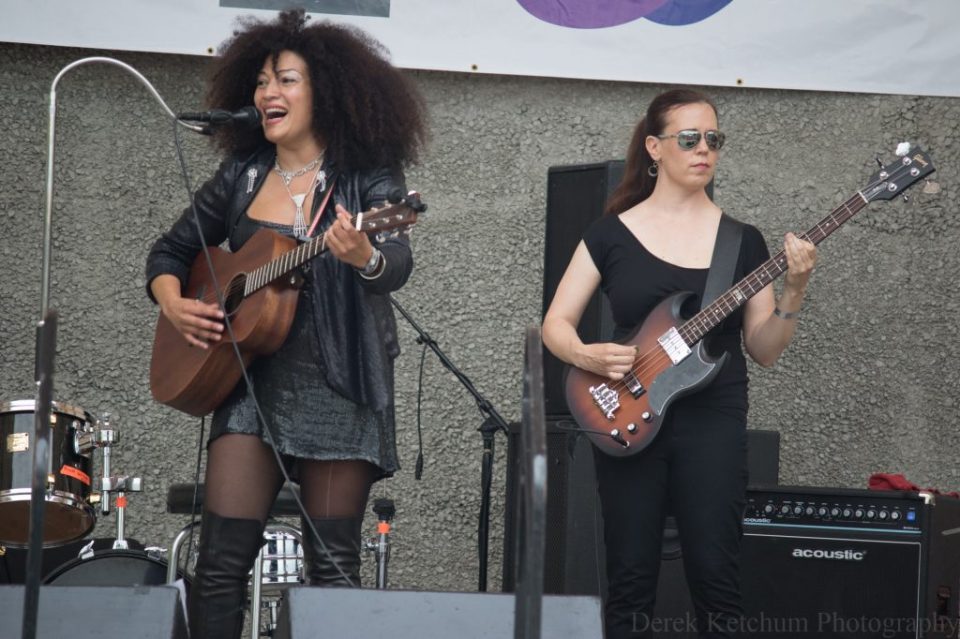 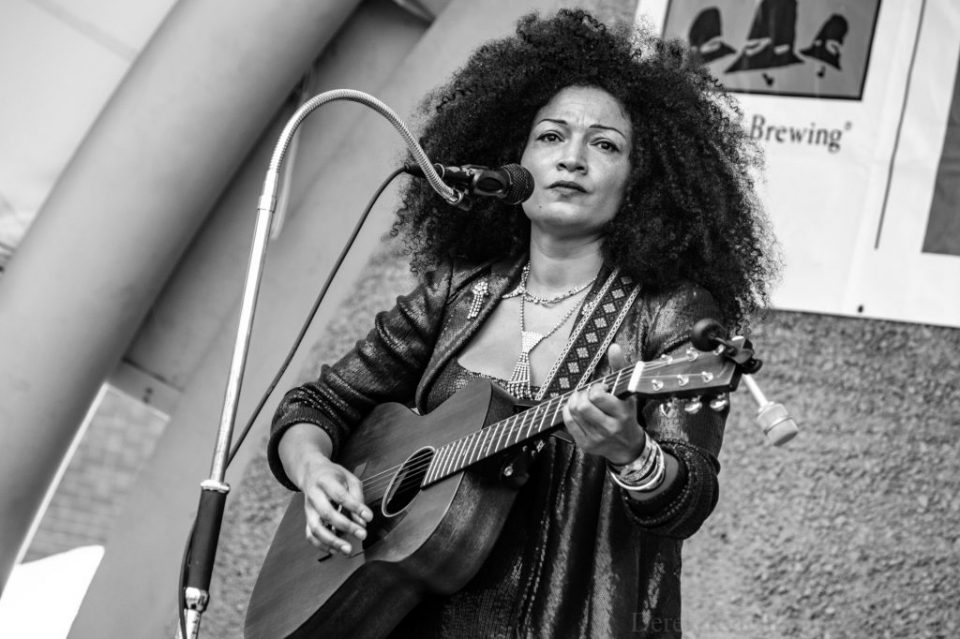 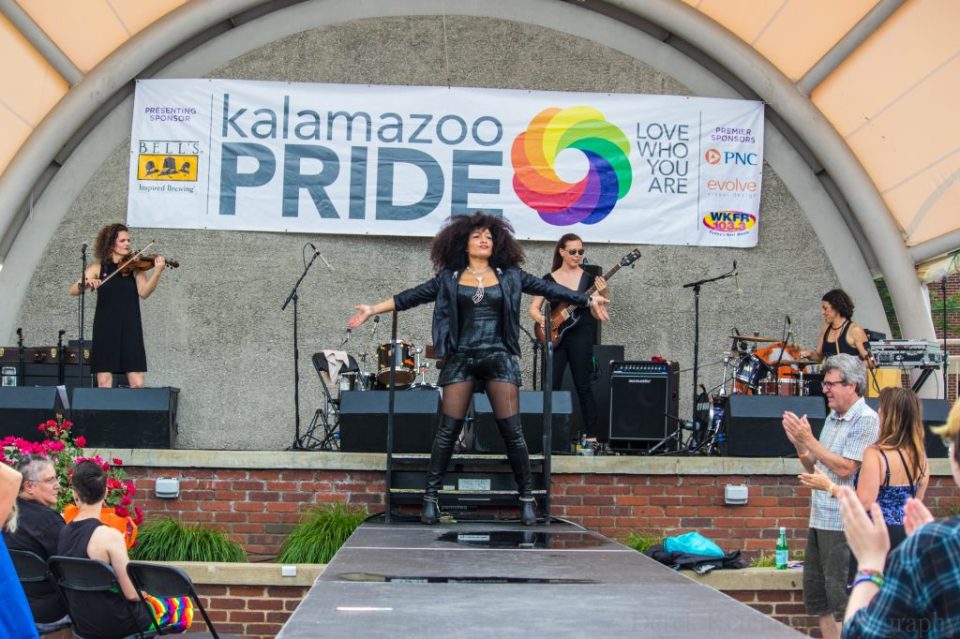 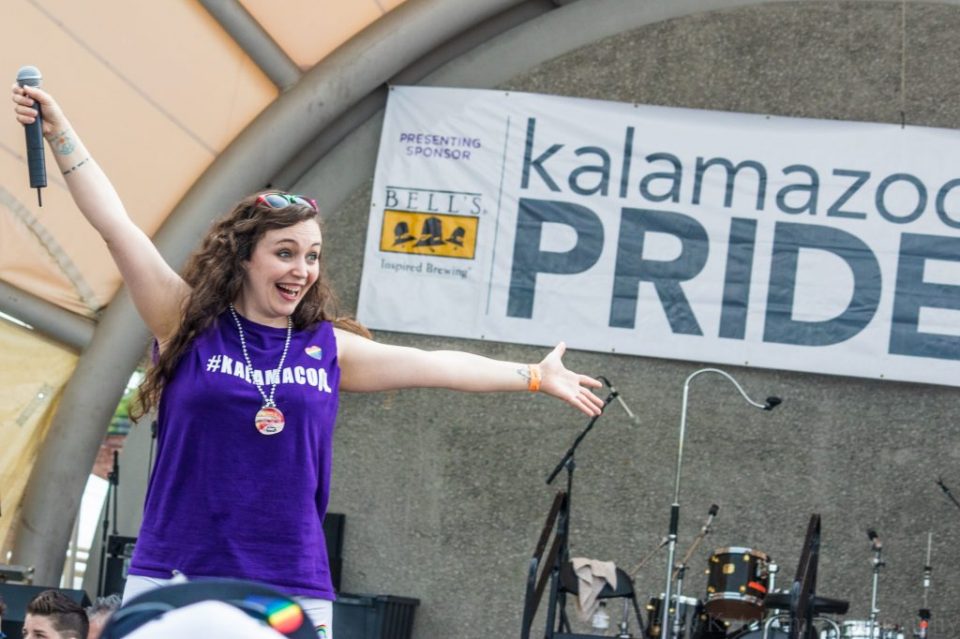 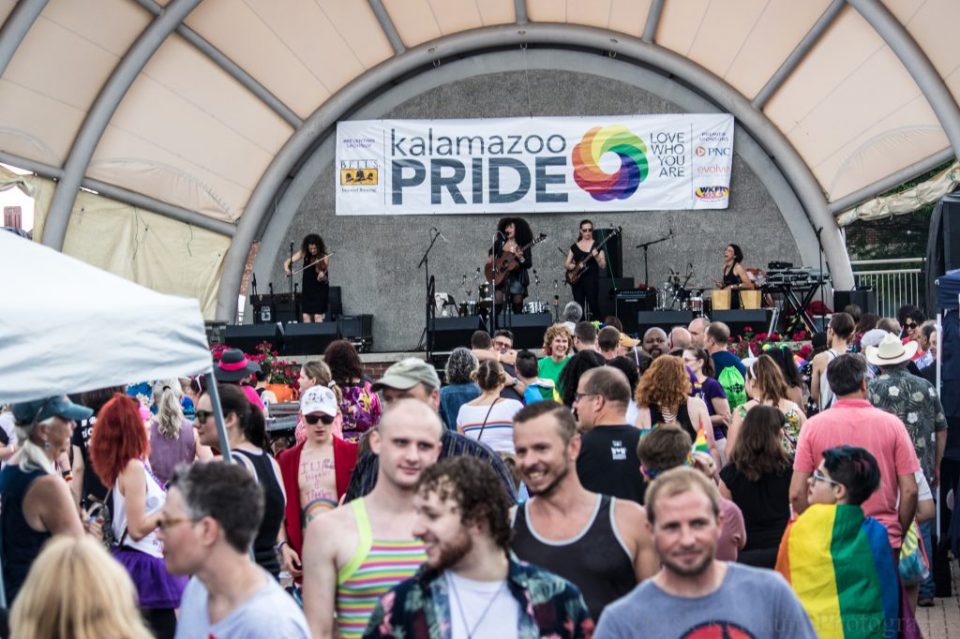 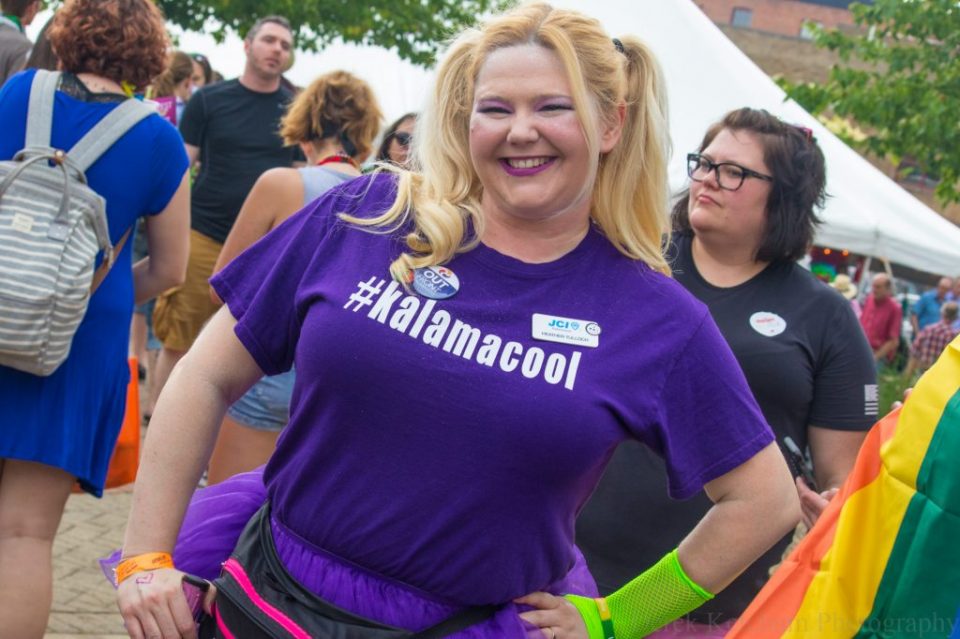 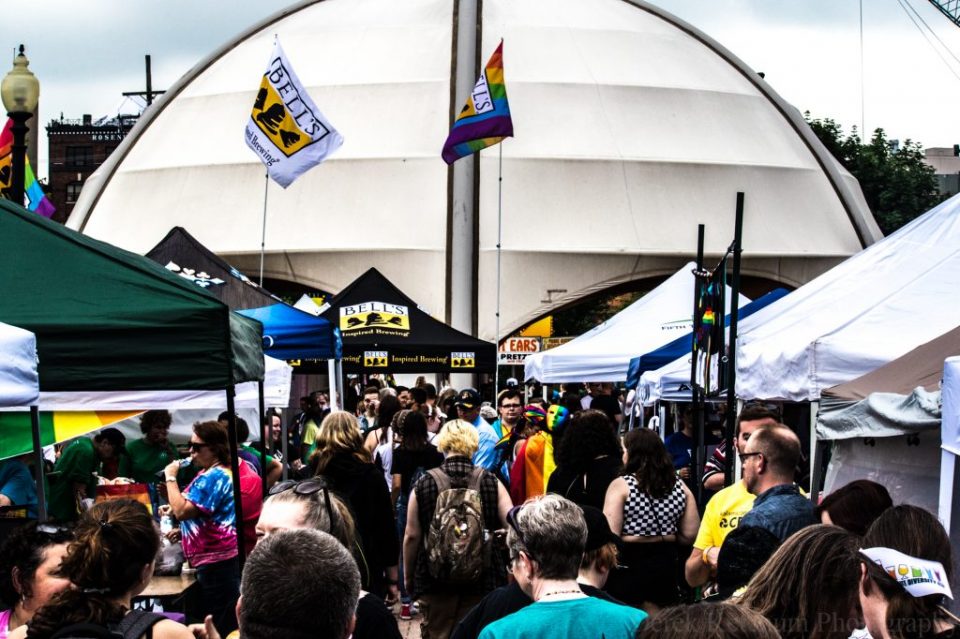 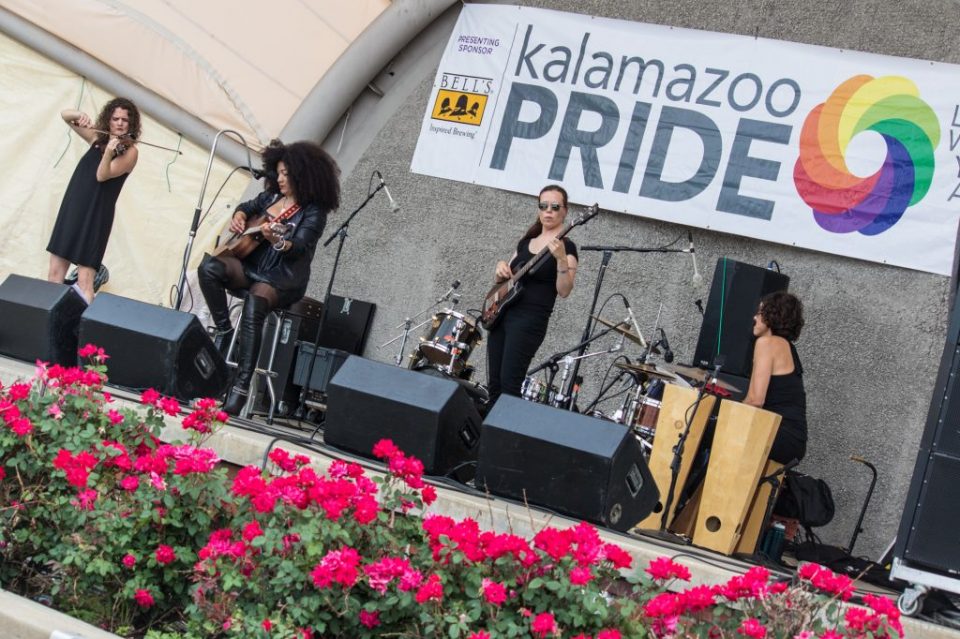 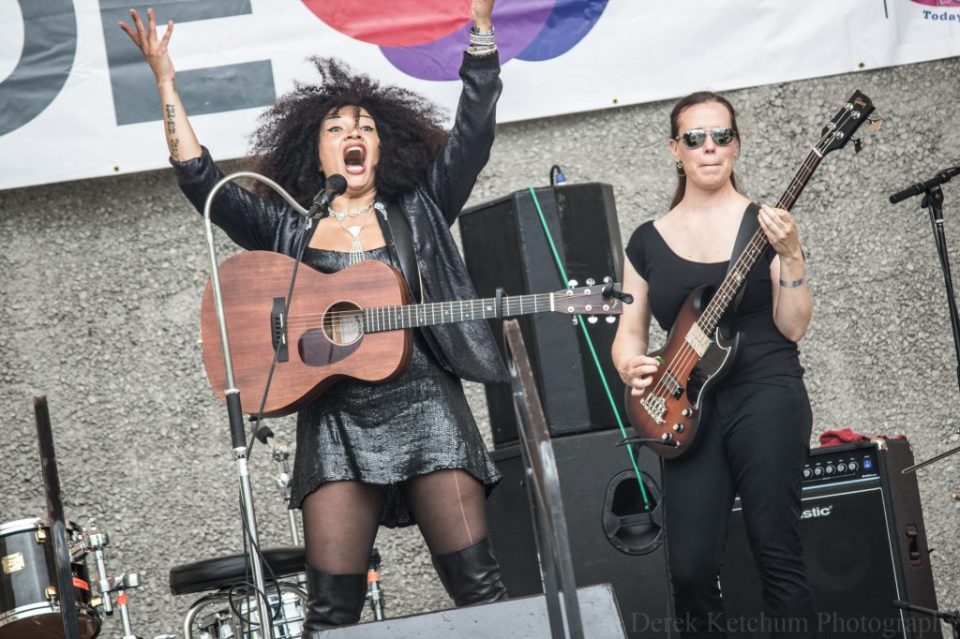