The band headlines a big New Year’s Eve show in Kalamazoo, then heads back into the studio later this winter to record a long-awaited, much-talked-about new album. 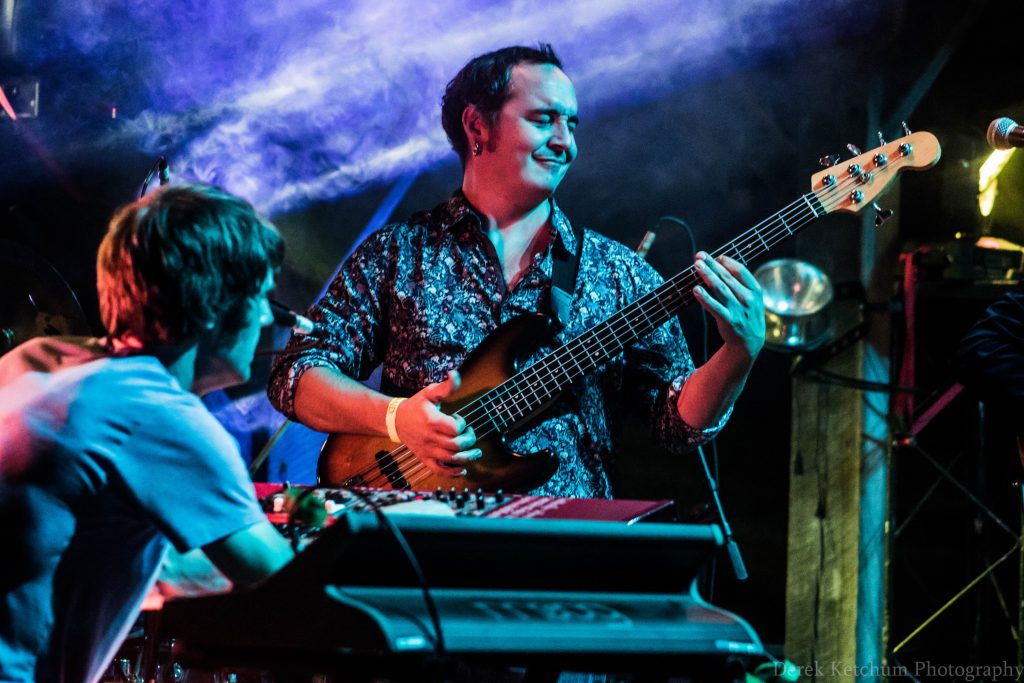 Ultraviolet Hippopotamus is alive and kicking – and happily jamming away on new songs.

Despite a lengthy hiatus from touring last year and the departure of beloved UV Hippo guitarist Russell Olmsted, the popular Grand Rapids jam band has barely missed a beat in returning to the stage, with an eye toward entering the studio in early 2017 to record a long-awaited new album. 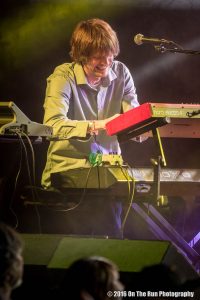 New Material: UV Hippo heads back into the studio in February. (Photo/Eric Stoike)

“I can tell that with every passing show we’ve done on this run, we are getting more comfortable, relaxed and patient on stage, especially with the jam sections of songs,” said percussionist Casey Butts. “I feel at this point we are back to full speed ahead.”

After a fall Midwest tour, the band is getting set to play a high-profile New Year’s Eve at State Theatre in Kalamazoo, with Joe Hertler & The Rainbow Seekers and The Mainstays helping rev up the party. Get tickets, $22.50, and more details online at kazoostate.com.

Before deciding last year to take a breather from rigorous touring, UV Hippo had ascended the ranks nationally as a highly respected jam band, playing numerous festivals and cultivating a growing fan base for its progressive, genre-melding blend of prog-rock, funk, jazz, reggae and more.

After recharging physically and artistically, the group returned to performing earlier this year but also announced that longtime guitarist Russell Olmsted would leave to pursue other interests. Guitarist Andy Kirby of Michigan’s The Turnips replaced him.

The departure was amicable: Indeed, Olmsted’s final show with the band at The Intersection in Grand Rapids in July featured both Olmsted and Kirby on guitar. So far, Kirby has impressed band members and fans with his nearly seamless integration into UV Hippo, which has released five recordings since forming more than a decade ago.

“The transition has been fairly smooth,” said bassist Brian Samuels. “Andy has almost learned our entire repertoire in a matter of months, which is more than impressive considering the amount of songs and the difficulty of the material.

“Any time a band experiences a member change, the sound tends to change a little as well. We knew how important it was to find someone that could handle the challenge of the music, bring an exciting new feel to the group, and fit into our chemistry. We found everything we wanted. Andy has been turning heads this whole tour.” 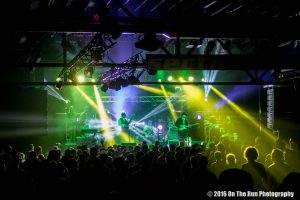 Lighting Up on Stage: UV Hippo performing earlier this year at The Intersection. (Photo/Eric Stoike)

“The band’s sound with Andy on guitar is starting to evolve already,” Butts said. “It is still very much the Hippo sound that everyone has come to know, but it is also a little different, in a very good way. I fully expect it to evolve more over the next year as we play more shows together and go through the studio process together.”

That “studio process” is slated to begin in February, with band members writing and honing new material in coming months. (Check out a UV Hippo video recorded at Grand Haven’s Third Coast Recording below.)

“I hate to beat a dead horse here, but our focus has been getting Andy prepared,” said Samuels. “The plan is to write and rehearse for the next two months so that we will have all new material for the record, with the exception of a few newer songs that have been played live a handful of times.”

The re-energized band hopes to release the album by summer or early fall.

“We are hoping to have a good chunk of the album be music that people haven’t heard before,” said Butts. “There are a lot of plans taking shape for next year with the new album and shows. Without the hiatus, I don’t think we would be moving forward in the direction we are. That combined with Andy coming into the mix, there is a new level of excitement and enjoyment within the band and I think you’ll see that on stage more than anywhere else.”

Added Samuels: “Everyone can count on hearing a lot more from us in 2017. Taking time off was great in many ways, but mainly it reminded us of who we really are and what we love to do, which is making music.”