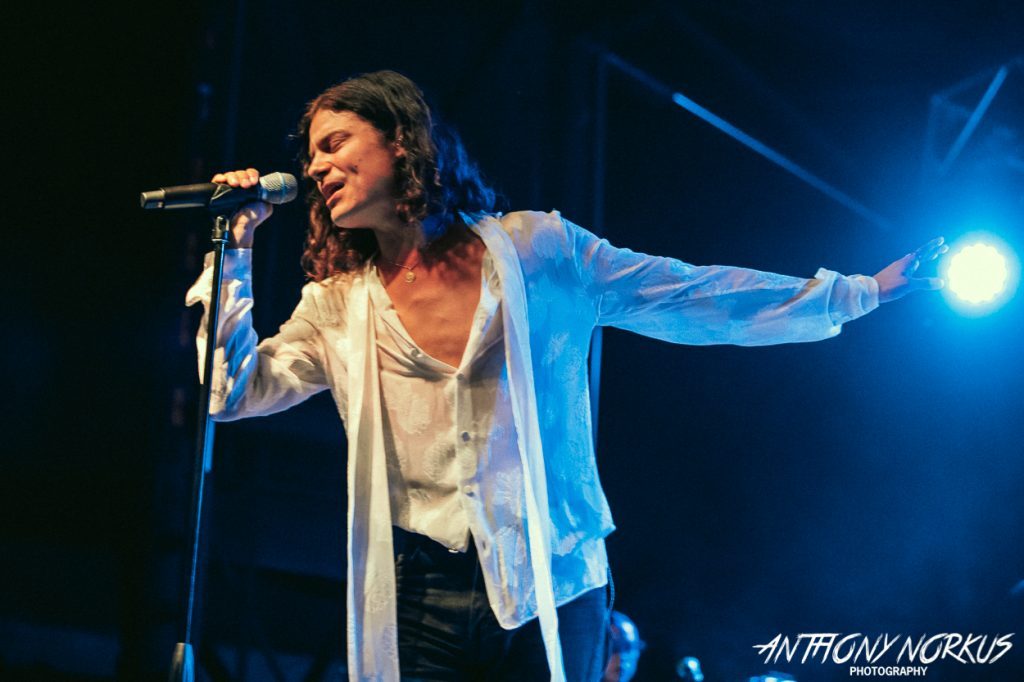 This week, Local Spins introduces readers to writer and musician Nick Moran, who’s joined the staff for the summer as a college intern. And despite his youth, Moran already has plenty of journalistic experience, serving as editor-in-chief of the Grand Valley Lanthorn student newspaper.

Here’s his back story: 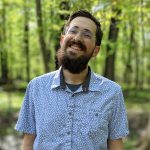 “I’m Nick Moran, student journalist from Glenview, Ill., just north of Chicago. Music is the reason I became invested in journalism, and it’s a part of my life personally and professionally. While I’m a senior multimedia journalism and communication studies double major at Grand Valley State University, I’m also a guitarist and bassist in my free time, focusing on playing classic rock, jazz and alternative music. With music playing such an integral role in my life, I love finding the innumerable ways it builds up, inspires and enables people from all walks of life.

In this playlist, you’ll find six newer releases that I can’t stop playing, spanning a variety of genres that I enjoy. The second bit includes must-have tunes that have a little more age to them, but deserve a place on a pedestal in their respective genres. With a sprinkling of all sorts of music from artists big and small, there’s sure to be at least one gem here for you.”

1. “Pulling the Pin,” Run The Jewels feat. Mavis Staples & Josh Homme (2020) – Run The Jewels occupies a really unique place in rap, blending hard, gritty instrumentals with eclectic experimentalism. “Pulling the Pin” really ties together what makes them great, from the spoken-word first verse to a soulful feature from a legendary vocalist. The powerful commentary in the lyrics was recorded before the worldwide protests seen during the album’s release, making it both incredibly relevant and shockingly powerful.

3. “Something to Rap About,” Freddie Gibbs, The Alchemist feat. Tyler, The Creator (2020) – Juxtaposed to the rest of “Alfredo,” “Something to Rap About” stands out as a lush track, especially for an artist that has a machine gun delivery. Tyler, The Creator holds a special place in my musical heart, but his influence is the perfect foil to that of Freddie Gibbs, which leaves listeners with an ebb-and-flow hit to sway to.

4. “Shadow On The Wall,” Video Age (2020) – With my picks locked in before writing, “Shadow On The Wall,” managed to snake its way into my ears more and more, earning it a spot. Its easy-listening, cool styling just fits into sunset drives too easily, which keeps it on loop for me nowadays. A truly groovy bass line and an odd, bouncy background synth rhythm keeps “Shadow On The Wall” interesting, and makes it tough to not rock your head.

5. “Vacuum,” Elohim (2020) – I’ve been following Elohim since her first live performance in Michigan two years ago, and since that musical infancy, she has really grown into her own. “Vacuum” is confident and uplifting, balancing her charming vocals with delicate, moving instrumentals. If the excitement in her tweets stands, fans should feel beyond optimistic for new music down the road.

6. “Holy,” Dresage (2020) – “Holy” was originally made for YouTube producer Andrew Huang’s “4 Producers, 1 Sample” series, but was eventually flushed out to serve as a standalone single. Dresage is an incredibly underrated, multifaceted producer, with hypnotic vocals and creative instrumentalism. The second she sings “you hold me like a weapon,” Dresage guides listeners down a pulsing tunnel, with the producer to “keep you safe” as your guide.

8. “Still there?” The Engy (2019) – The Japanese music scene is incredibly inspiring — especially as an American listener — and The Engy stands out as an innovator with “Still there?” With funky stringy paired with modern, pumping percussion, the instrumental side is diverse and divisive, but is tied up with an energetic vocal ribbon. “Still there?” feels fresh, serving as a great entry point into international music.

9. “Electric Love,” BØRNS (2014) – Looking locally, I wanted to highlight BØRNS, a Muskegon-born, Grand Haven-raised artist known for “Electric Love.” If you find yourself listening to more uplifting alternative and indie music during the summer, “Electric Love” deserves a spot on that playlist. From the incredibly catchy chorus to the driving drums, “Electric Love” seems to shock itself back into relevancy every summer, and this year is no exception. (Editor’s Note: BØRNS, who’s written songs for a new album, will appear on a star-studded T. Rex tribute collection set for release in September that will also feature tracks by U2, Elton John and Nick Cave.)

10. “Momentary Bliss,” Gorillaz feat slowthai and Slaves (2020) – It would be a musical cardinal sin for me not to include a song by Gorillaz (my all-time favorite band) on a playlist of music I just can’t live without right now. From their Song Machine series, “Momentary Bliss” showcases all of the experimental risks the band is taking right now, while maintaining some essence of familiarity. Slowthai’s performance turned me off at first, but I’ve come to turn “Momentary Bliss” into a must-have on my summer playlist this year.