Forced to shelve a new studio recording due to COVID-19, the Michigan electronic rock band and festival favorite has instead leaned on its live-show prowess to satiate fans. Get a preview at Local Spins. 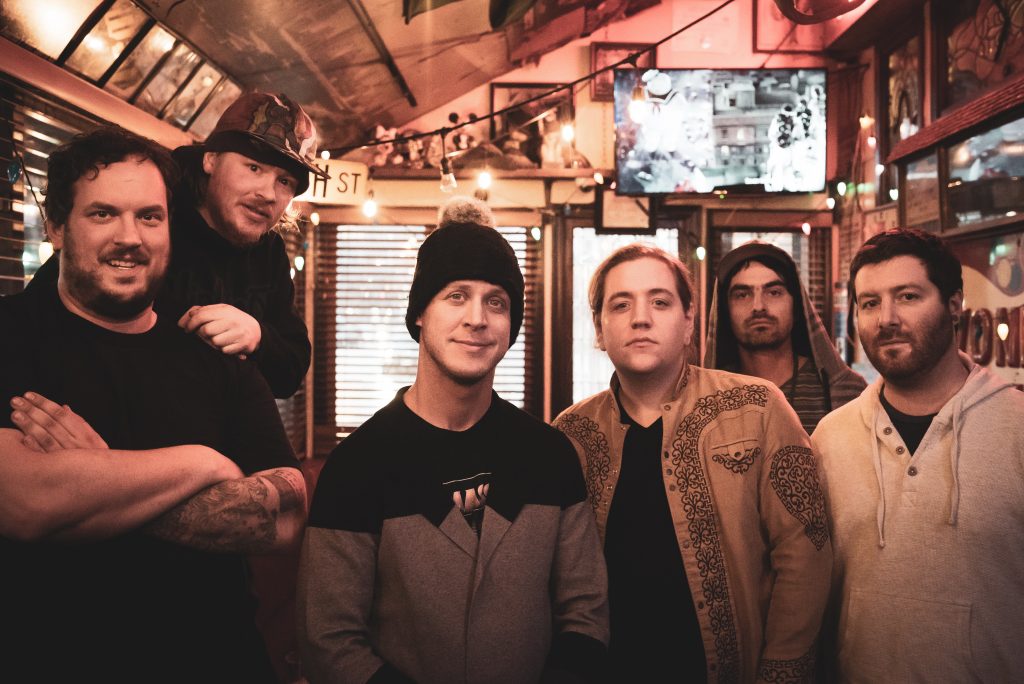 Like so many other bands, northern Michigan’s Biomassive had its 2020 recording and touring plans completely erased by the COVID-19 pandemic.

But the electronic rock outfit chose to make the most of the situation, switching gears to instead produce a new live album, “Polylith,” recorded early this year at Traverse City’s Studio Anatomy, Kalamazoo’s Bell’s Eccentric Café and Marquette’s Ore Dock Brewing Co.

Officially set for release on Sept. 4, the project reflects the proverbial saying, “If life gives you lemons, make lemonade.” 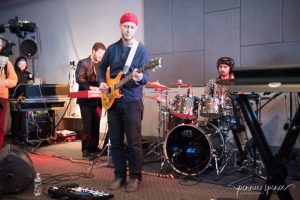 A New Studio Album in the Works, Too: Biomassive’s “Monolith.” (Photo/Pennie Spence)

“Playing live at those places specifically has been a bedrock to our growth as a band,” said Wes Roberge, the band’s sound and lighting engineer, adding that the recording represents Biomassive’s “finest sonic blend” to date.

“As small, independent venues, they have given us the foundation to become the band we are today. Allowing us to ultimately cultivate this record from thin air is just another example (of that).”

The Traverse City-based band – Connor Lindsay on synthesizers, Shandon Williams on percussion, Matt Zimmerman on drums, Ben Wyler on keyboards, Randall Erno on bass, and Roberge – originally had planned to complete and release a new studio album and mount its most ambitious tour ever.

But the spring stay-at-home order and coronavirus outbreak forced a change in plans for the group, which has long been a festival favorite in the Midwest.

“On the plus side, with gigs eternally in the gray area for now, everyone in the band has time to recoup and it has really given us a chance to work on our communication as a band – not only writing even more new material for the future but just checking on each other,” Roberge said.

“Just to have time to spend together without being on a full-scale production-style schedule is rare for us. We deeply value our time together.”

It’s also given them time to assemble the new live album which features six new songs and four “never-before-heard live performances” of tracks from the band’s 2019 “New Organic” debut EP. The band describes “Polylith” as conveying its “love for trance, dance and rock to a full engagement, delivering their finest blend in sonic texture yet.” (Listen to a track from the upcoming album above.)

‘BUILT AND ENGINEERED TO TAKE FESTIVAL SETS INTO HYPERSPACE’

Formed initially as a duo in 2012 in Petoskey, the band’s melding of electronic music with organic instruments and “an intense light show” has frequently rocked late-night sets amid Michigan’s music festival scene, not to mention venues in Michigan, Ohio, Indiana and Illinois.

“Biomassive was born in rural Michigan, but it is built and engineered to take late-night raves and festival sets into hyperspace,” Roberge insisted. “It’s built for something bigger than the woods of northern Michigan.” 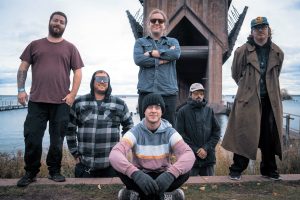 ‘Late-Night Raves’: Biomassive has a reputation for jams that extend deep into the evening. (Courtesy Photo)

But Roberge also credited northern Michigan for bringing musicians and fans together in a special way, and said Traverse City will always serve as Biomassive’s home base.

“There are troves of loving people who are devoted to not only throwing shows, but also going to and supporting other bands’ performances and other artwork displays,” he said. “People like this make our world go ’round. Michigan is also just a breeding ground for positive attitude and all-around genuine kindness.”

The jam band currently is “working vigorously” to reschedule its canceled spring tour and already has been booked for the prestigious Summer Camp Music Festival in Illinois next May.

It also plans to complete production of its new studio album, “Monolith,” that was recorded in Traverse City and at Grand Haven’s Third Coast Recording Co., though a release date hasn’t been set.

“In the meantime,” Roberge added, “we are constantly honing in on our soundscaping, studying new techniques and molding the next best Biomassive composition.”