After barely surviving the pandemic, the ever-groovy and intimate Tip Top Deluxe celebrates a major milestone this weekend. The back story and Saturday’s schedule at Local Spins. 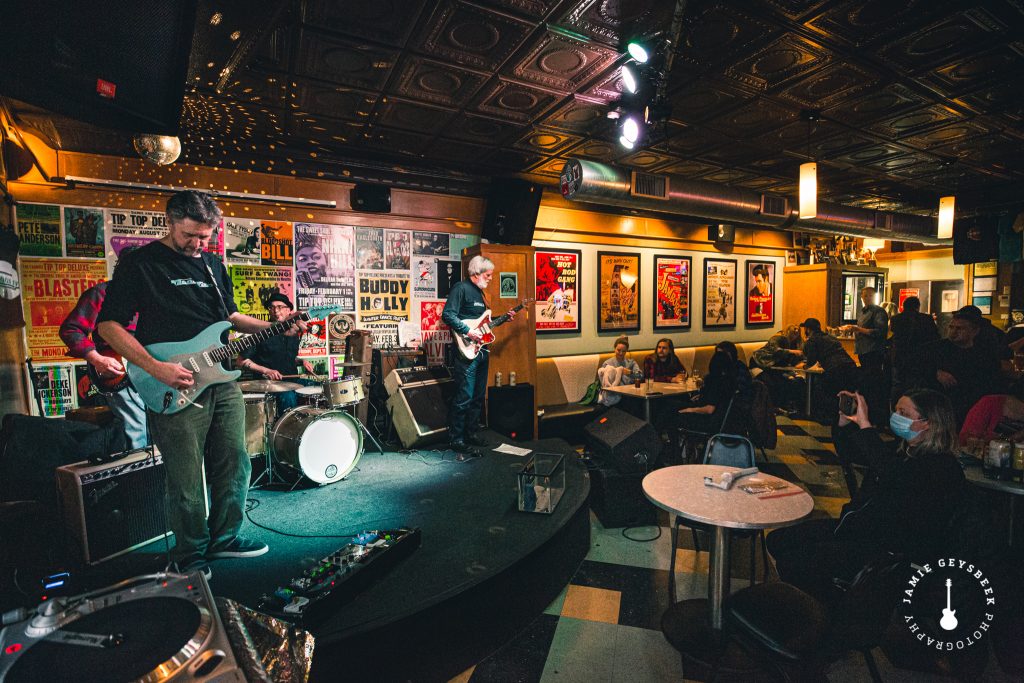 A Decade of Music … And Posters: The Moonrays will be back on the Tip Top stage Saturday. (Photo/Jamie Geysbeek)

“I felt very worried for the future of Tip Top,” he revealed, discussing the economic fallout from the COVID shutdown of live music establishments across the country.

“[I am] very grateful that our friends supported our GoFundMe (campaign) and sales of T-Shirts through Etsy. I put everything I could into keeping it alive.”

Still alive and kicking, the intimate Tip Top Deluxe at 760 Butterworth St. SW will mark its 10th anniversary on Saturday (June 26) with a day-long, stacked lineup of West Michigan acts eager to celebrate the legacy of the venue that’s become a regional darling, hosting local bands as well as renowned national touring artists. 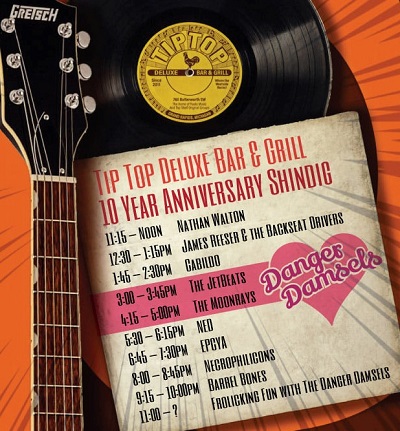 That’s because live music has always been integral to Tip Top: “I really view Tip Top as a concert venue,” Smith insisted, “not a bar with background music.”

For Jim Braun, bassist for surf-rock’s The Moonrays, who have played Tip Top countless times over the years and who perform at 4:15 p.m. Saturday, that dedication to live music makes it a special venue.

“He didn’t create a bar or restaurant that also played live music, but rather the live music would be the draw to bring in the crowd,” he said.

Dustin Miller of EPCYA, a Grand Rapids-based, Spanish-language rock band playing its set at 6:45 p.m. Saturday, insisted the ambience of the 140-capacity West Side club is key. 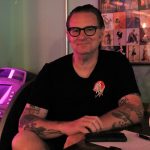 “What makes Tip Top special to me is the atmosphere,” said Miller, adding that “being able to play for the 10-year anniversary is an honor.”

Those sorts of plaudits make the fight to stay open worth it for Smith.

“When things click and everything goes the way it should, great music, great crowd and people are really having a good time that’s what I’m in it for,” he said. “I love seeing people happy; that’s what it’s all about.”

West Michigan singer-songwriter Nathan Walton, who recently released “Nathan Walton & The Remedy” and is also a member of bands such as King Possum, is excited for the opportunity to spark that kind of happiness in fans on Saturday.

“If you’re still wondering why musicians love to play here and why music listeners continue to patronize this small yet important venue, take the time to come out to the 10th anniversary show,” insisted Walton, who kicks off the celebration at 11:15 a.m. Saturday. 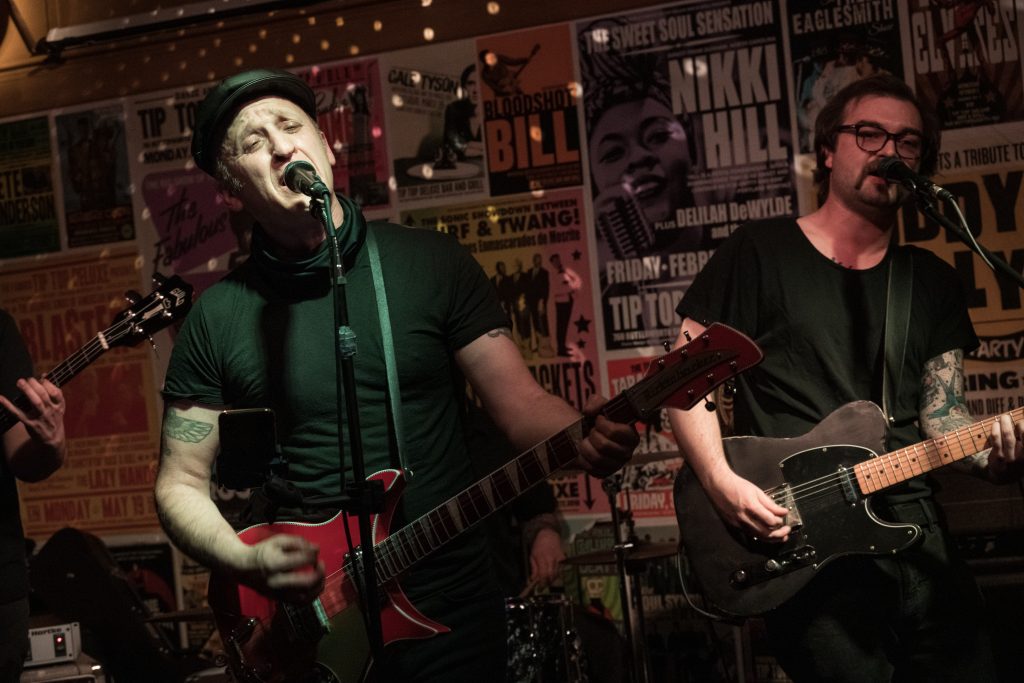