The Grand Rapids band debuted music from a new studio album for Local Spins on WYCE, which also premiered tracks by Desmond Jones, FlyLite Gemini, Snacks & Five, The New Runes and much more. 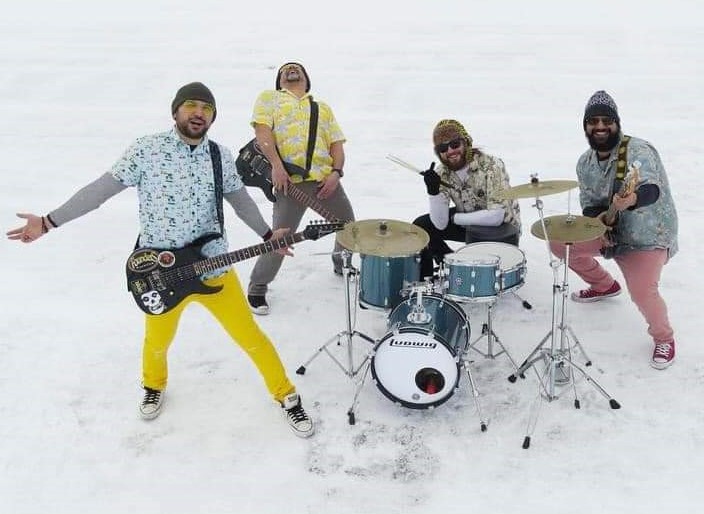 ‘You Name It, We Do It’: EPCYA’s ever-evolving take on rock. (Photo/Dan Terpstra/Terpstra Photography)

Assembling EPCYA’s sophomore album – with numerous stops and starts – has been an adventure, to say the least.

After all of these changes, it’s only apropos that lead singer and guitarist Aaron Olaguibert, lead guitarist Julio Viveros, bassist Jonathan Sgromo and drummer Dustin Miller would title their upcoming new album, “Metamorphosis.”

“ ‘Metamorphosis’ was a task in itself to create and finish,” Miller acknowledged. “The band’s been moving and growing, and so has the CD. So, we’re just happy to be finally be done with it.”

Officially released on June 11, the follow-up to 2017’s “EPCYA EP” was recorded at Rick Johnson’s Cold War Studios, Don Carlisle’s Golden Potato Studio and Ben Hunter’s The Wolf Den – likely will be released within the next month.

EPCYA debuted two new tracks — “Science” and “Mi Tierra” — for a recent edition of Local Spins on WYCE. View the video for “Science” here and scroll down to listen to the full band interview and radio show.

The band first formed more than 15 years ago played its first live show in more than a year in early June at Grand Rapids’ Tip Top Deluxe Bar & Grill, with Dustbus opening. EPCYA followed that with an appearance June 12 at Iron Well in Grand Rapids, then hits the road for Bay City to play a show with Slumlord Radio, Von Werewolves and Adaboy at Bemo’s Bar on June 19.

Getting its cues from a diverse roster of bands, including Molotov, Parada, Heroes Del Silencio, System of a Down, Nirvana and Metallica, EPCYA considers itself “a very broad band” amid the rock genre. 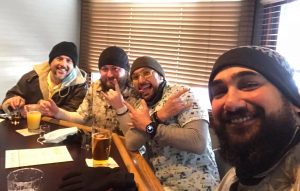 ‘Delightfully Surprised’ by the Reaction to its Spanish-Language Tunes: EPCYA (Courtesy Photo)

“We never really stick to much of a theme,” Miller said. “One song will be heavy, then soft, punk, ska and any other thing under the sun that sounds good to us at the time. We are never afraid to experiment with what we think might sound good. … You name it, we do it.”

Of course, with some of the band members’ roots in Mexico and Argentina, much of what they sing is in Spanish, something that’s actually won over lots of West Michigan fans for the band.

“I think probably 10 out of 10 times, people actually it love it and we’re like delightfully surprised,” Miller said. “We just enjoy playing for anyone who will listen and we haven’t had any complaints yet.”

The band is particularly eager to get back on the road and back on stage, especially when they’ve been “deprived of it for so long,” Miller added.

Beyond spotlighting the music of EPCYA, the early June edition of Local Spins on WYCE – which showcases local and regional music at 11 a.m. Friday on WYCE (88.1 FM) and online at wyce.org – also featured the on-air debut of new tracks by Desmond Jones, Snacks & Five, The New Runes, FlyLite Gemini, Morgan Haner, Pink Sky and Mike Mains & The Branches, as well as tracks by Organissimo and Slumlord Radio (this week’s musicians’ pick by EPCYA). Listen to the radio show here.