The fun National Public Radio competition has drawn even more attention from Mitten State artists this year. Check out some of the video entries here. 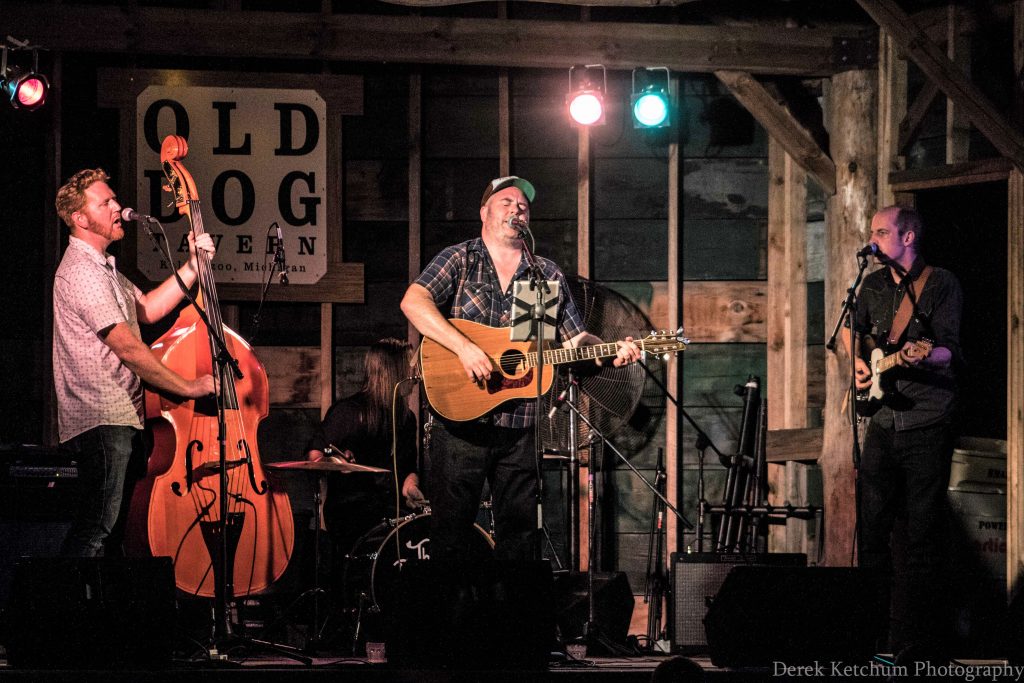 SCROLL DOWN TO WATCH VIDEO ENTRIES

What once was tiny has now become a pretty big deal.

The National Public Radio Tiny Desk Concerts’ annual competition to win an on-air performance slot inside the NPR Music office of “All Songs Considered” in Washington D.C. has once again generated hundreds of video submissions by bands and solo artists from across the country. 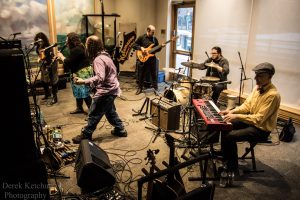 Dozens of those entries this year have come from Michigan, including more than 30 from West Michigan, which represents a substantial increase from 2016. In addition, at least three dozen entries were submitted by Detroit-area artists. Entries were due by Jan. 29, with the winner announced on Feb. 28.

The grand prize? Playing an official Tiny Desk Concert in Washington D.C., landing an appearance on NPR’s “Ask Me Another” and earning a spot on the NPR-Lagunitas U.S. tour.

“The exposure alone is worth it, but I really like that feeling of being a part of something bigger as well,” said Jake Stillson, frontman for Grand Rapids outlaw country band The Bootstrap Boys, which submitted a Tiny Desk entry for the second year in a row. This year, the band submitted a video for the song, “The Bullet of the Bottle,” which was filmed at Grand Rapids’ Blandford Nature Center.

“It’s like fishing or gambling, in that you put your best bait or cards out there and then just sit back and wait with Christmas morning anticipation for the results.”

Ian Gorman of The Red Sea Pedestrians, which submitted a video for “Take Back the Sun” put it this way: “It just looked like fun. We had a song that seemed like a good fit with a all-live-in-front-of-a-camera vibe. And who doesn’t love NPR?” And he said, it’s not about winning, but about showcasing what’s happening in West Michigan’s music community and getting people talking about it.

The 2017 competition has attracted entries from well-known regional acts such as The Crane Wives, Valentiger, The Red Sea Pedestrians, Megan Dooley, Big Dudee Roo and The Fever Haze, as well as submissions by relatively unknown emerging acts, some of whom recorded their videos in bedrooms and living rooms. Some of the videos are polished; others are simple and raw.

“We chose the song we did because it’s an original song (by Plessner) and is one that we had already been working on adapting into a duet version,” said White. “It kind of just seemed like the natural song choice for us.”

Check out the West Michigan entries below and feel free to leave a comment about your favorites. It’s a wholly entertaining slice of regional music worth experiencing, win or lose.

“We have a history of great music coming out of Michigan,” noted Stillson. “I hope it means more artists are listening to NPR and staying in touch with what’s going on around us.”

Added Plessner: “Of the cities I’ve lived in, Grand Rapids has one of the best local music scenes. There are so many great musicians, it’s intimidating.”

For any West Michigan acts who submitted videos in the contest but aren’t listed here, email john@localspins.com and we’ll add your video to the roster here.

Among others, judges for this year’s contest include “All Songs Considered” host Bob Boilen, Phish’s Trey Anastasio, R&B’s Miguel and songwriter/producer Anthony Hamilton.