In its 16th year, the West Michigan group that nurtures songwriters has seen dramatic changes in 2020, from COVID-19 to the departure of its much-admired co-founder. Meet his replacement, Julia Yob. 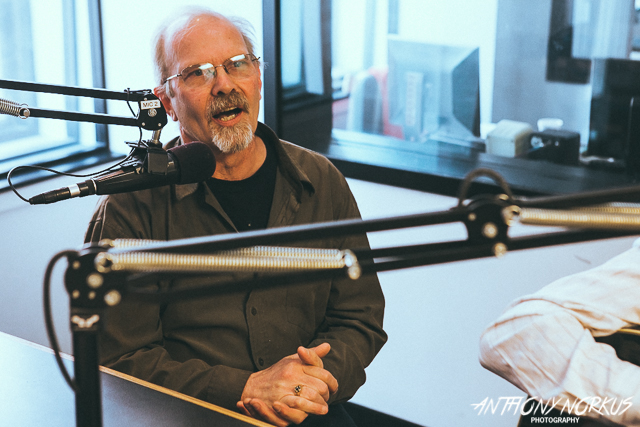 Displayed in a grid on a glowing computer screen one evening, a collective of songwriters share songs and stories from little windows that offer a portal into their respective worlds.

Some stream from living rooms and basements; others from home studios. A few utilize the many whimsical background options available on Zoom, like sprawling fairy-tale libraries.

This collective, known as the Grand Rapids Songwriters Alliance, has convened for 16 years to workshop material and bond over the craft of songwriting. Despite COVID-19 restrictions, they’ve continued meeting virtually. Performers have the option to play live or stream pre-recorded takes of their material.

But the digital shift isn’t the only change taking place within the group. 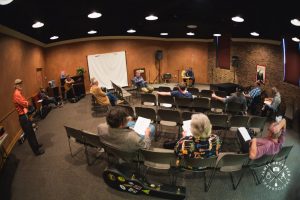 Group co-founder Tim Perry will step down from his longtime post as one of the leaders of the group. Perry and his wife are relocating to Nashville to be closer to their daughter and grandchild.

Longtime GRSA member Julia Yob will take over Perry’s role in the group alongside founding member Jeff Oxford. During the virtual session, Oxford reflected on his time working with Perry.

“Besides being a prolific songwriter, Tim has also been our fearless leader and the face of GRSA for over 16 years,” he said. “Tim, you are a great friend, and we will miss having you here in Grand Rapids. Thank you for everything you’ve done, and best wishes in your next adventure.”

As his successor, Yob has been an active member of GRSA since 2011. In that time, she has written music for and produced three full-length musicals, and performed at the Grand Rapids Festival of the Arts and the GRSA’s 10-year anniversary.

She will operate as a point of contact for the group, sending emails and setting schedules, and assuring that group members know the various logistics of its monthly meetings.

“Julia Yob has been with us probably 10 years and has been an uber-valuable member,” Perry said. “Jeff and I could always count on her to offer great insights, gentle critiques, and supportive input in every meeting. It’s been a joy to watch her grow and expand her talents. She has always been there for everyone.”

SAFETY FIRST, ‘WITH THE EXPERIENCE OF BEING CREATIVE’

Meeting over video conference, Yob expressed her hopes for the transition and the future of the GRSA despite COVID challenges.

“Our main focus is on the safety of our members. I want our members to come out on the other side of this in a positive mental space, and with the experience of being creative and the experience of their music being something that they have control of in the midst of all this,” Yob said. 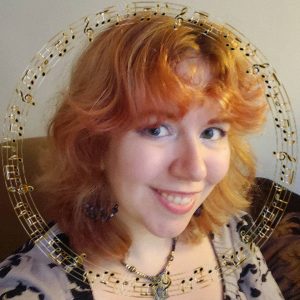 “If we come out on the other side of this with a couple of new songs and the experience of not having lost our connection with each other and our music, that would be phenomenal.”

Oxford and Perry first met at a songwriting group formerly run by Lucy Webster. When Webster disbanded the group, Perry approached Oxford about starting their own songwriting group. As a result, GRSA was formed in May 2004. The pair have also collaborated artistically, writing songs and performing together. Oxford mentions Perry’s knack for “sentimental and family-focused songs,” as well as being “a master of fun and snarky songs.”

“There are layers and layers of things I’ll miss,” Perry reflected. “First off, I’ll miss my partner in crime, Jeff Oxford. He’s been my best friend for almost 20 years, bringing fire and life to my lyrics. And I know if I hadn’t met him, I likely would never have embarked on this path.

“I’ll miss meeting so many talented songwriters, musicians and vocalists. I’ve had the pleasure of watching so many members grow and bloom. It’s just been such a thrill to have played a small role in supporting them and West Michigan music in general.”

A NEW LIFE CHAPTER FOR PERRY IN NASHVILLE

The Grand Rapids group plans to continue meeting virtually for the foreseeable future until it is safe to meet in person once again. There are plans for a virtual holiday meeting, where writers can share covers of their favorite seasonal classics. Plans also are in place to provide room for more virtual collaboration and co-writing. 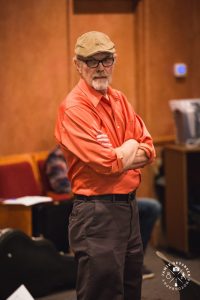 “I’m just focused on keeping the group going,” Yob said. “I like songwriting and I like songwriters. I want to do whatever I can to support that. I’m just so aware that GRSA functions as this uplifting, supportive presence for songwriters.”

As GRSA continues to evolve and nurture the craft of songwriting for its members, Perry is also looking forward to his new life chapter and sharing his own songs with a fresh set of ears.

“Truth is, it’ll be pretty intimidating for me down there (in Nashville). I mean, even the street buskers are some of the best guitar players I’ve ever heard,” Perry said.

“But I’m sure there’s a niche somewhere that I can sneak off into undetected. The upside is that I have about 40 years’ worth of original material and everything will sound brand new to them. And all my old jokes will become new again, too. I sure can’t pull that off up here anymore.”

Read more about GRSA here: A 15-year legacy of nurturing the craft in a warm, inviting place

The Grand Rapids Songwriters Alliance meets via ZOOM at 6:30 p.m. the second Wednesday of every month. Email Jeff Oxford (jeffrey_m_oxford@yahoo.com) to get a ZOOM link. More details online here.