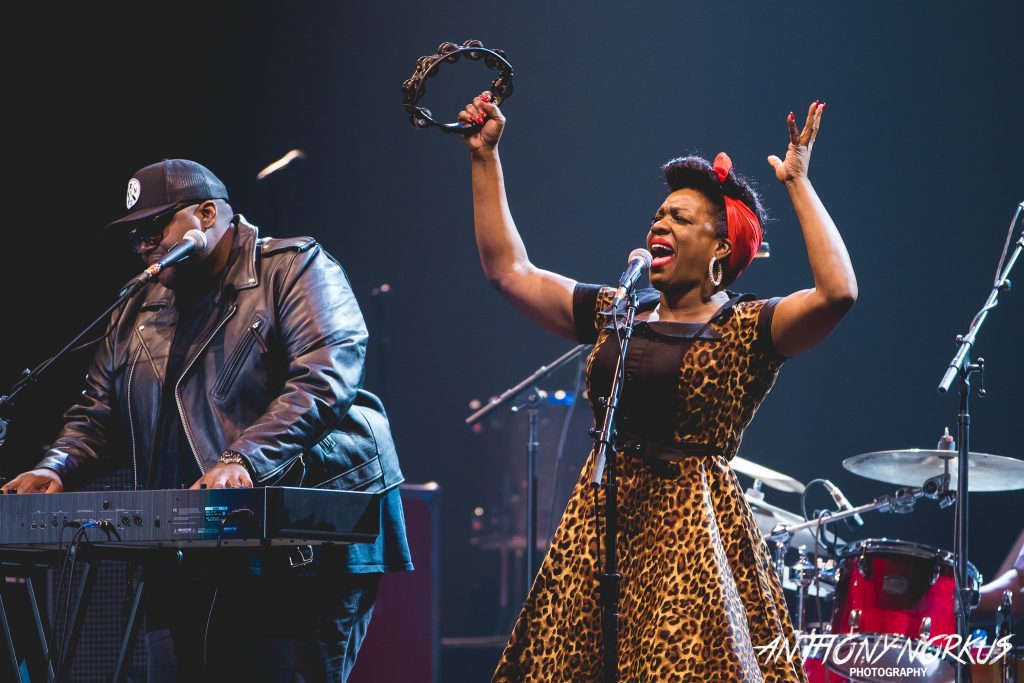 Never Forgetting Their Michigan Roots: The War & Treaty will play the Jammie Awards (after opening for Bob Seger in Grand Rapids in November). (Photo/Anthony Norkus)

Staying true to the band’s Michigan roots, The War & Treaty will make a special appearance during WYCE-FM’s Jammie Awards on Feb. 8, aka “West Michigan’s biggest night for music.”

The Grand Rapids community radio station today announced the addition of the Albion-based roots music phenomenon to its already-robust performance lineup for the awards show at The Intersection, with Michael and Tanya Trotter acknowledging they’re thrilled to be part of the record-setting bill for that night.

“To be embraced in Michigan, it just means so much,” singer and pianist Michael Trotter said of being asked to perform after being nominated for several Jammie Awards, including best blues/soul album of the year and album of the year for “Healing Tide,” which has earned widespread acclaim nationally. 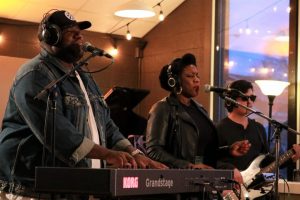 “I remember getting the invitation (to appear for Local Spins on WYCE back in July 2017) and it felt so amazing and then coming back out there being part of (the music scene in) Grand Rapids and Grand Haven. It’s still so warm and we feel ecstatic to be able to come to the Jammies.”

Indeed, the band will be in New York the day before and leave for Florida afterward, so will fly in just to play a special 20-minute set at The Intersection, which will host performances in all four of its venues that night.

WYCE earlier had announced its record-setting lineup of acts for the 20th anniversary Jammie Awards show, with awards doled out in more than a dozen categories.

West Michigan fans will have another chance to see The War & Treaty in all its glory later the same month when they bring a nine-piece band to St. Cecilia Music Center in Grand Rapids on Feb. 24, performing as part of the Acoustic Café Folk Series. (“We’ll have a horn section. We’re really excited,” Trotter said of the full-band, full-night St. Cecilia show. Get tickets, $30-$35, online here.)

Trotter said he and his wife, Tanya, believe it’s important to embrace and pay homage to Michigan’s music scene which spawned and first supported The War & Treaty.

“It’s our roots,” he reasoned. “Michigan is the reason why we are who we are. The artists who don’t forget their roots … Tanya and I are extremely mindful of that.”

Read more about the upcoming Jammie Awards in these Local Spins features: