The influential California band regaled a big Intersection crowd Wednesday with a cutting-edge show that was ‘soul-demolishing’ and ‘like being swallowed by a baleen whale,’ says critic John Serba. 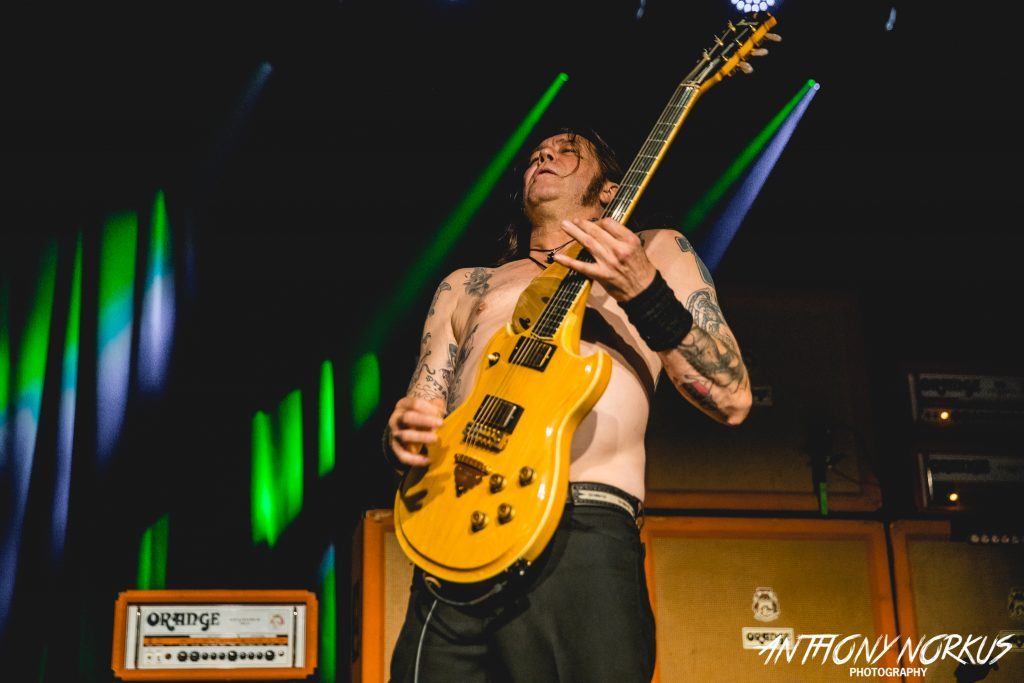 Nineteen minutes into its Wednesday night set at The Intersection, and I had taken more notes than Sleep had played.

You have to admire that level of testicular fortitude — to step in front of a crowd of 1,000-plus, at the commercial peak of your career, and jam your middle finger into the eye of popularity and accessibility. To open your set with a form of near-anti-music. To inundate an audience with facefuls of sine waves, the product of chords stretched elastic until they’re a relentless hum of feedback.

Of course, this may play entirely into the audience’s hands — or pack their bongs nice and tight.

Being the be-all, end-all of stoner doom metal bands, and one of the originators of a form praising weed in religious tones, it makes sense that Sleep’s followers may be hearing the noise and not quite feeling their hands and seeing psychedelic octopi floating through the solar system, their tentacles tangling in Saturn’s rings. 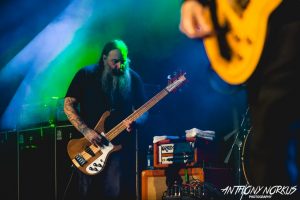 Like ‘Being Clobbered by a Celestial Body’: Sleep on Wednesday night. (Photo/Anthony Norkus)

Me, I’m fine with 2.7 beers and a set of earplugs, so maybe my experience is different. It’s no less powerful, though.

Watching Sleep live is like being swallowed by a baleen whale, or clobbered with a celestial body. It’s a saga. They’re the type of band that makes an hour and 45-minute set feel like an hour and 44 minutes, and I say that in all sincerity, with great admiration for what they do.

This type of audacity is ingrained in the band’s history. Infamously, Sleep sabotaged a major-label deal in the late ’90s by spending a hefty advance on piles of gear and weed, and taking forever to compose a single hour-long mega-wasted song featuring approximately 2.7 riffs. It was called “Jerusalem.” Or “Dopesmoker.” There are two versions. Does it matter? God, no. They’re both amazing. Regardless, the label refused to release it, and the band split.

Cisneros and Pike reformed Sleep in 2009, drafting drummer Jason Roeder, and amassing buzz (pun intended) and critical accolades. They then took forever to release a new album, “The Sciences,” on 4/20 of course, of 2018, on Jack White’s Third Man Records. They were no longer a subgenre secret passed between circles of heshers, but a crossover darling, one of those bands which, for some reason, have been deemed accessible by people who want to slide a metal LP onto their shelf between Bon Iver and The National.

They were the Black Sabbath of their niche. Without this band, we wouldn’t have the excoriating sounds of Bongzilla, Bongripper, Weedeater, Cannabis Corpse and hundreds of other bands riding the riff to the weed-filled land, as Sleep once so eloquently put it.

The hiatus and steady recent growth has clearly revitalized Sleep. Their current live show is a muscular, hypnotic force. Roeder also plays for transcendent spiritual doom-bringers Neurosis, and he’s mass extinction behind the kit. His apocalyptic rolling fills are perfect for Sleep. He brings the band focus and intensity.

The Popeye-armed Cisneros is all Geezer Butler, aggressively attacking his bass strings with his fingers, producing a sub-dermal distorted rumble. The band even has a song called “Giza Butler,” and I think they played it. I’m not entirely sure. I’m not entirely sure if I care if they played it, and I don’t care if I recognized it. But I knew it, whatever it was they played, because experiencing Sleep’s music is more sensation than intellectual exercise, possibly because it’s difficult to avoid a contact buzz. 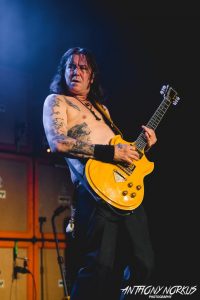 And then there’s Cisneros’ vocal. What exactly is that vocal? A buried yeti? A monk under a dozen gravity blankets chanting a recipe for weed brownies? It sounds like a 20,000-leagues-under-the-sea stoned drone-mumble, gone fishin’ and out to lunch on the moon with a mouthful of orange peels. It’s perfect.

Finally, there’s Pike, the wild, shirtless guitar hero who has struggled with substance abuse and recently lost part of a toe due to complications with diabetes. But right now, he’s lean, snarling and playing angry. He defies convention with every riff and lead. His chaotic solos on opening cut “Leagues Beneath” were unapologetic squalls of pick scrapes and two-hand tapping.

“Sonic Titan” compiled a series of low-slung steel-on-steel riffs that transcend metal to a higher plane of artistry — and yet, it prompts us to clench down and grind our fillings to dust and spit out the resin. It went on for 12 minutes. It should have gone for 12 more.

Pike gave the type of performance that makes a person want to jump up on stage and hydrate him. Some guitarists shred; Matt Pike guts.

Sleep’s live performance, I presume, is all about finding the right headspace, staying in the zone and mercilessly flogging the muse.

Alas, a gremlin in Pike’s rig prompted an unplanned intermission until he and his techs strung it back together, presumably with obscenities, barnacle plaque and sheer force of will. It was OK though, because the band then played “Aquarian,” Pike riding a nasty poacher riff that wrangled the massive beast, until the solo slit the elephant’s throat.

“Dragonaut” was the finale. It’s the closest thing to an actual song with verses and choruses and all that bullshit, and it’s their most blatant pastiche of soul-demolishing Sabbath riffs.

They played it dead last. No encore. And we had no choice but to go home, humming those riffs in our sleep. 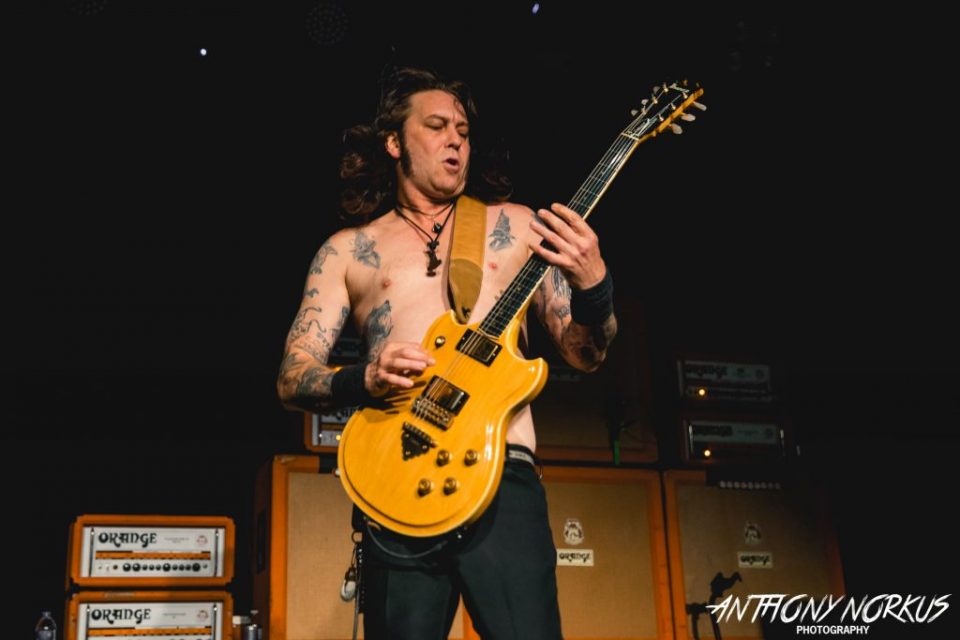 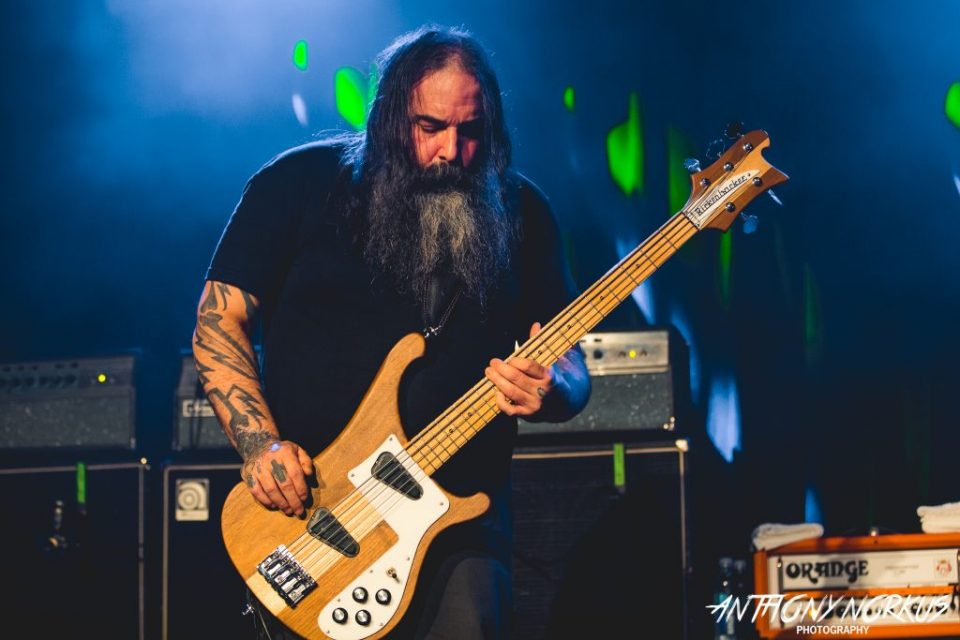 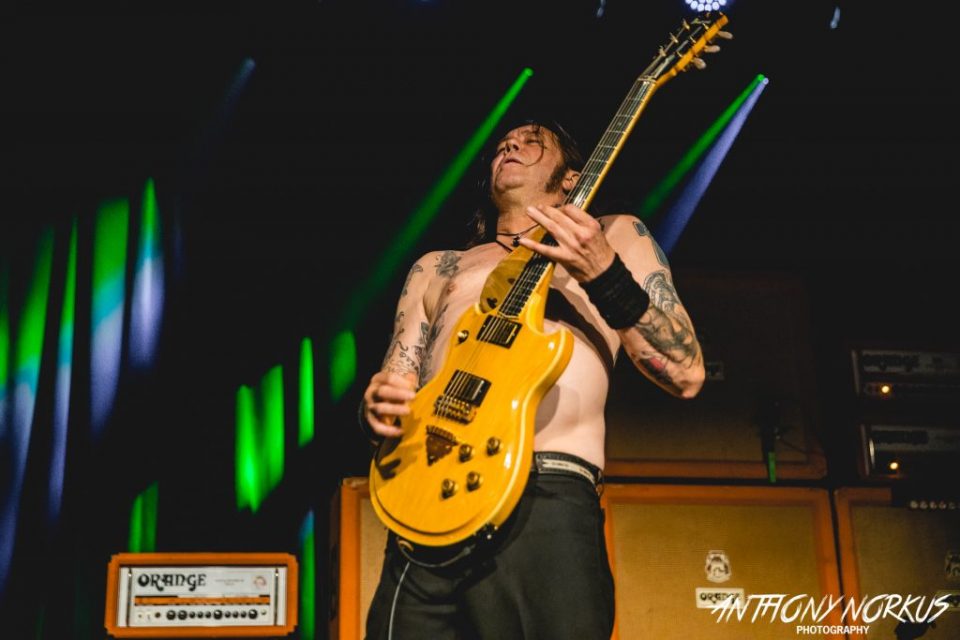 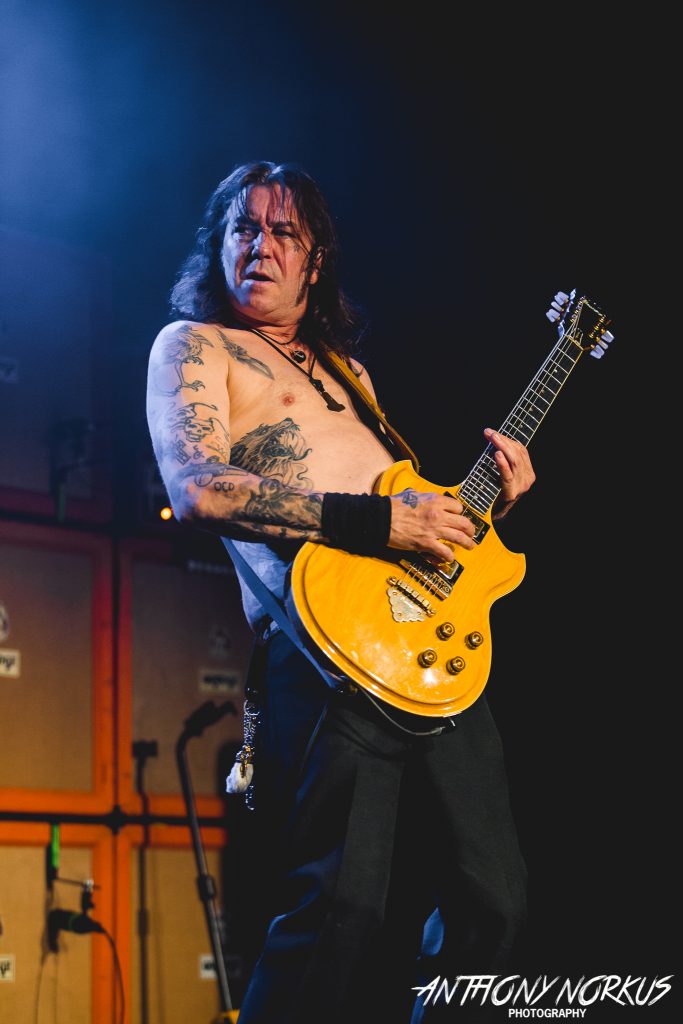 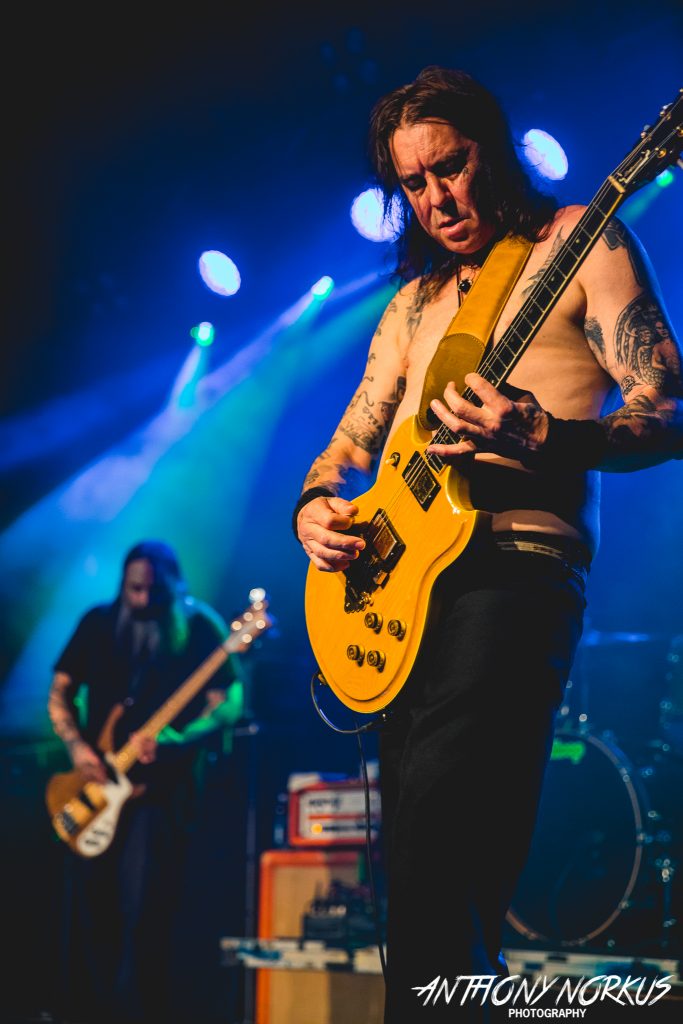 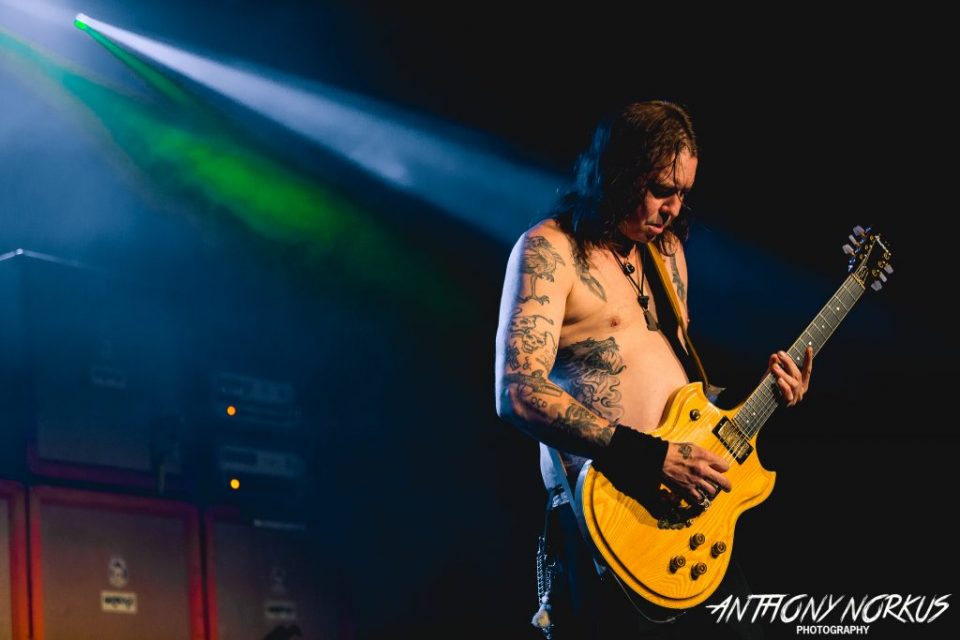 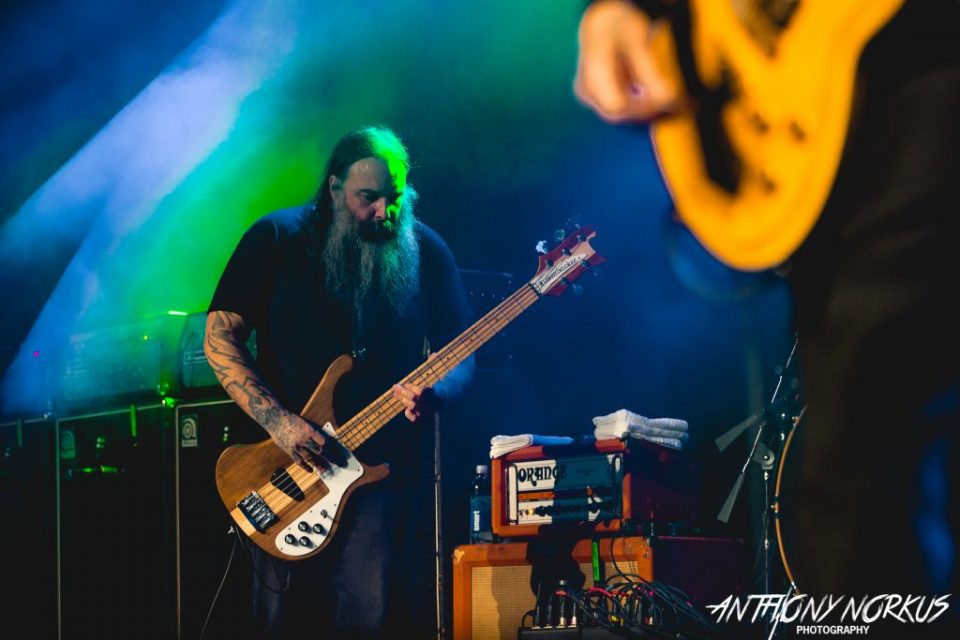 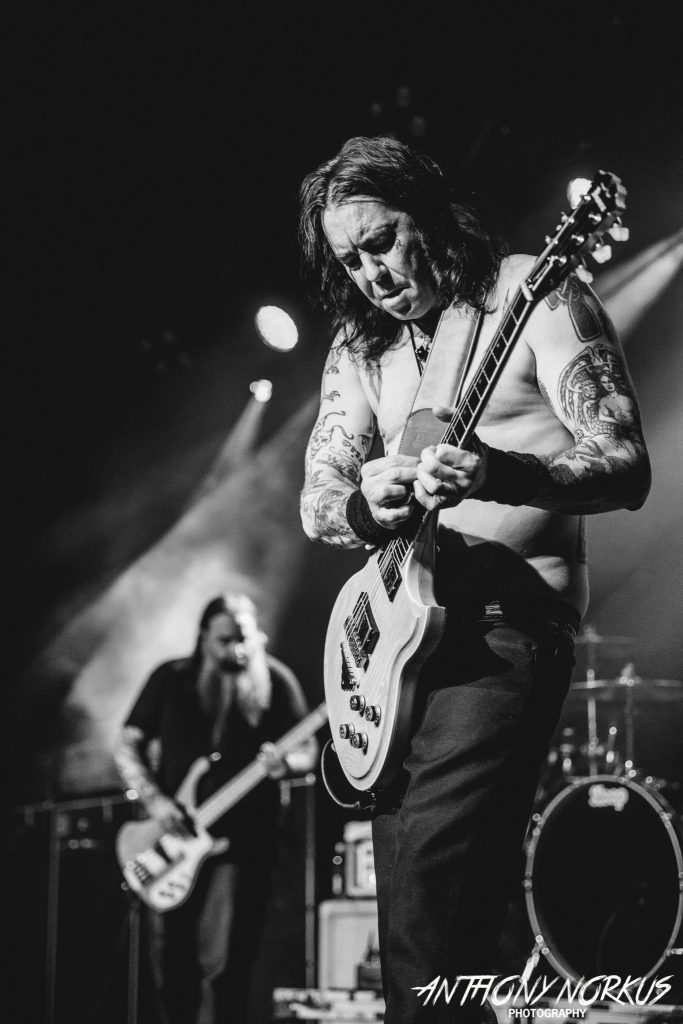 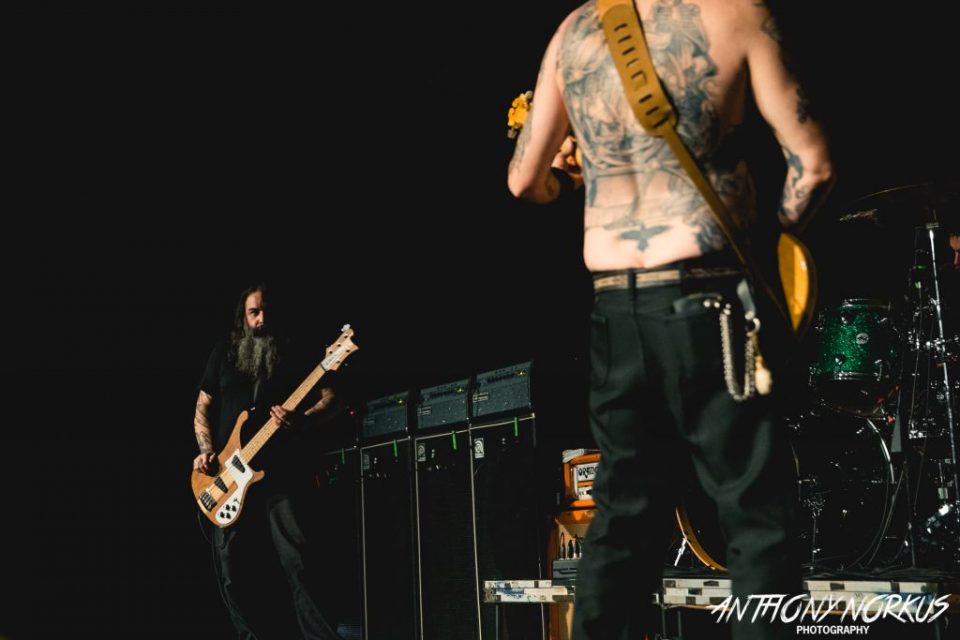 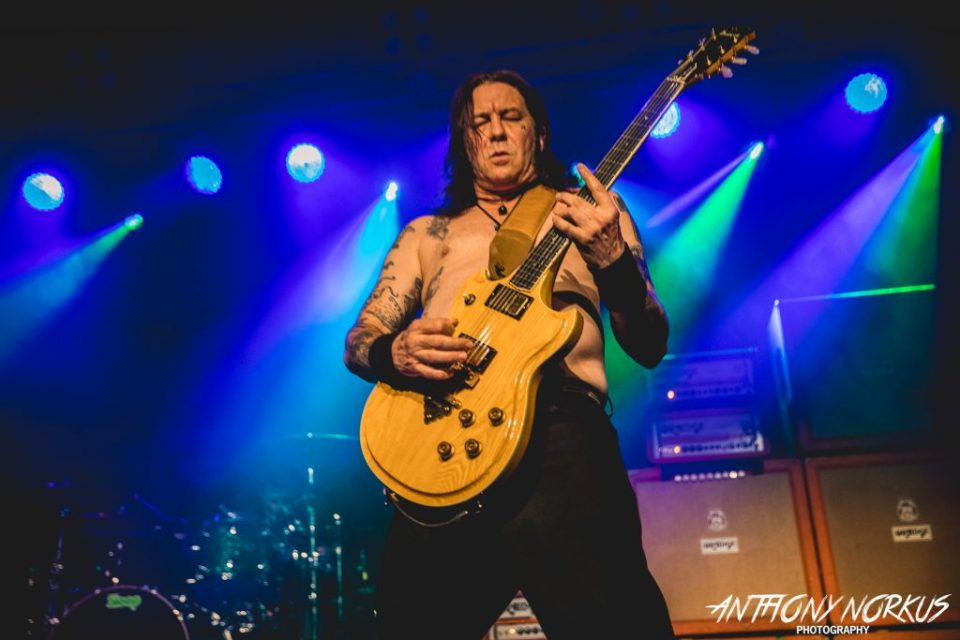 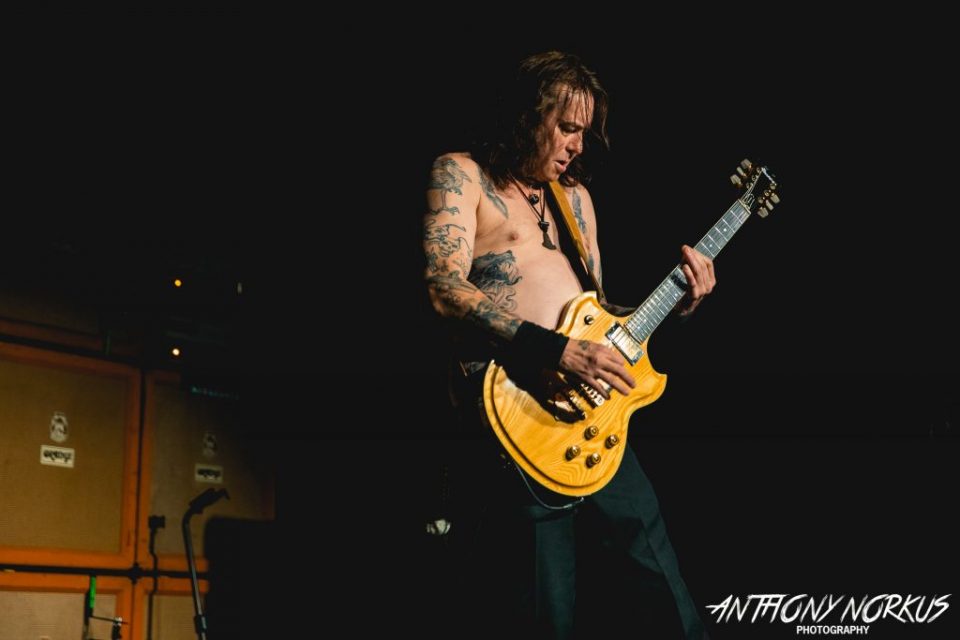 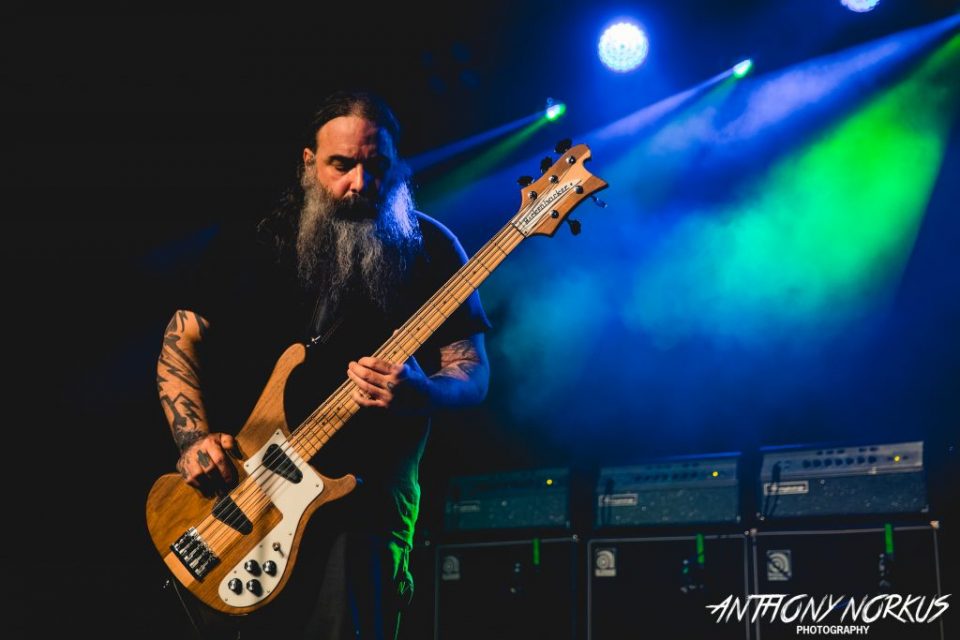 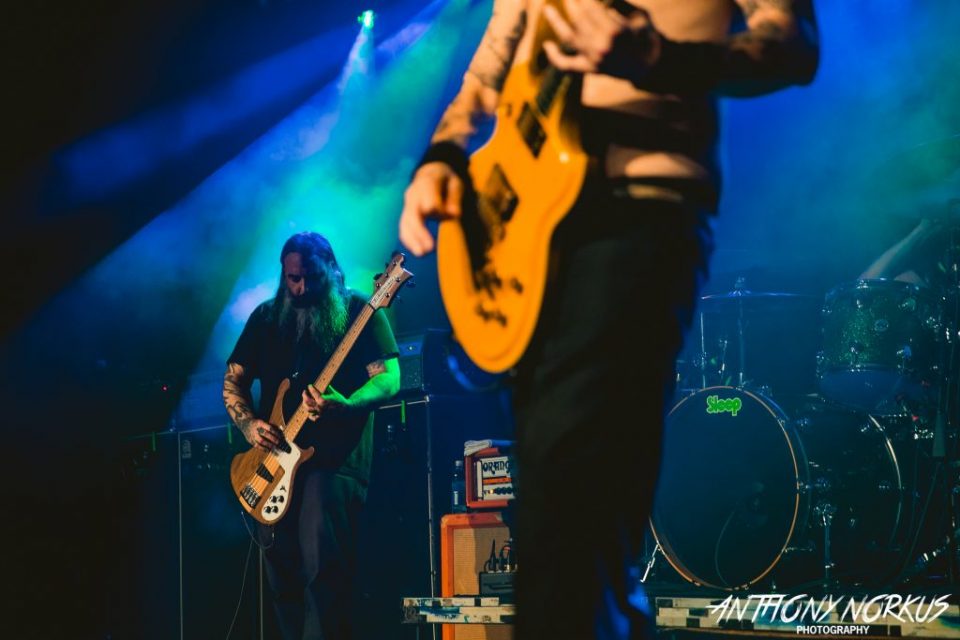 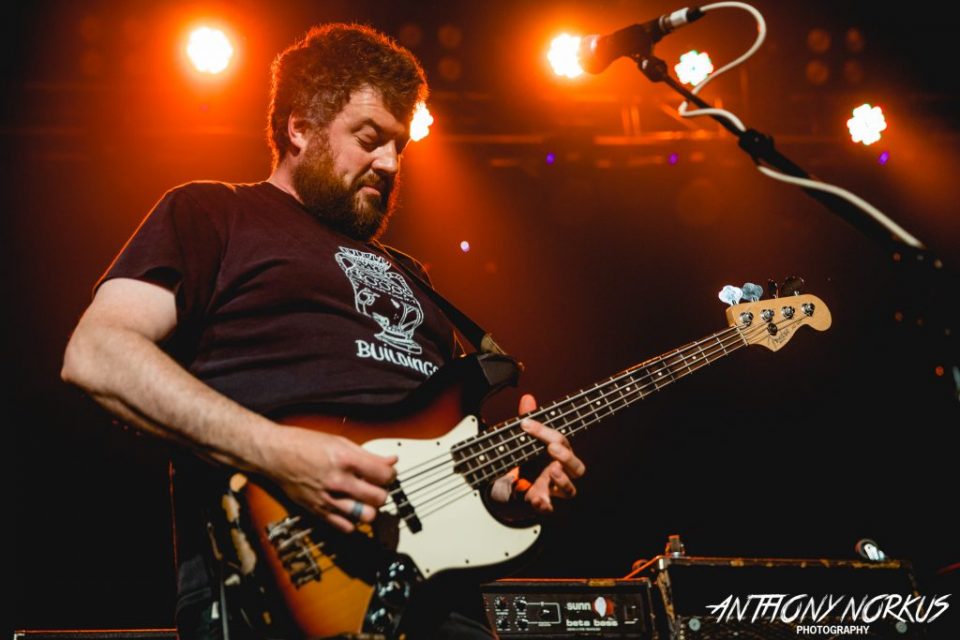 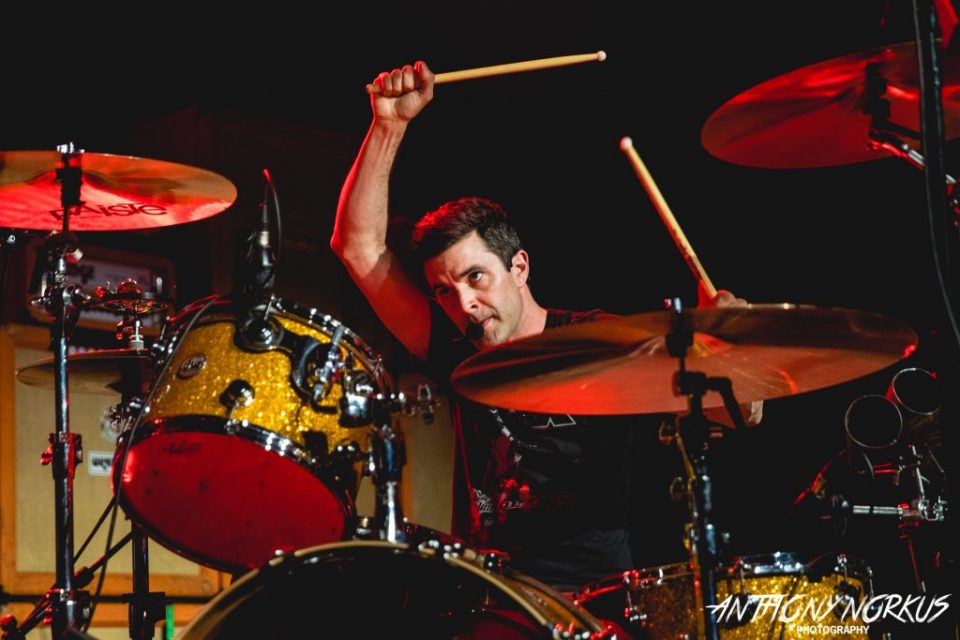 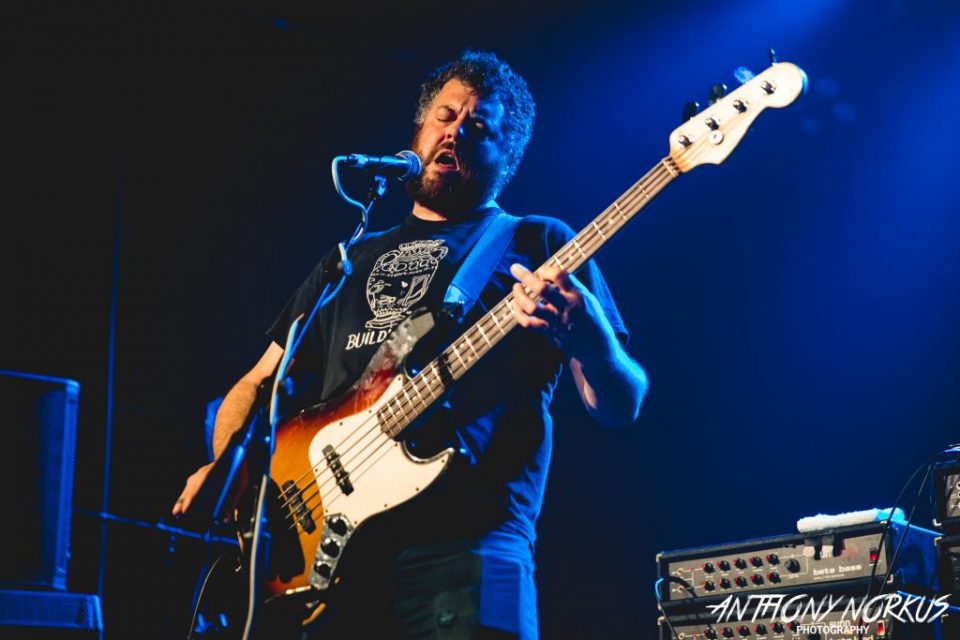 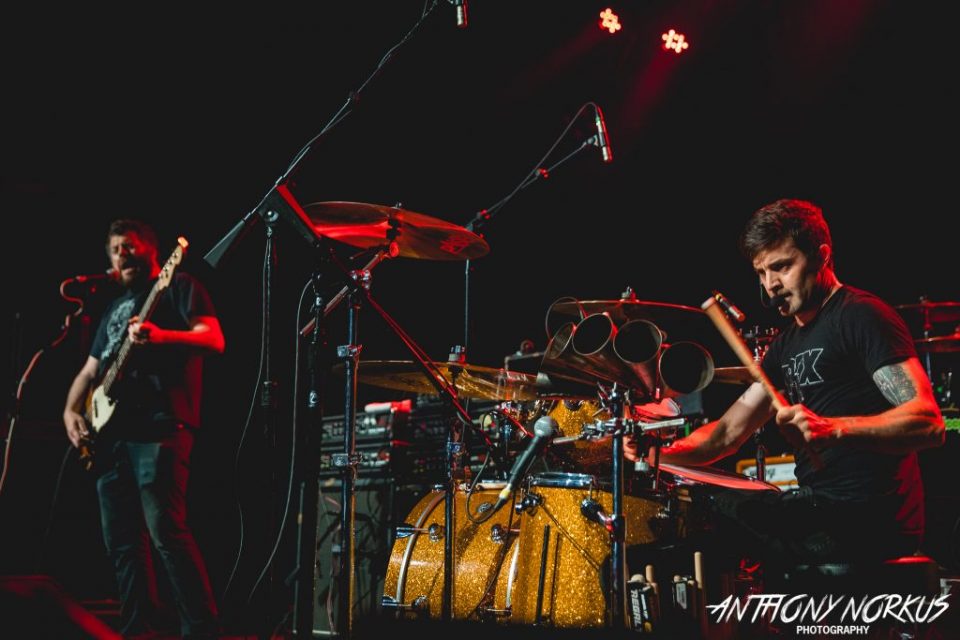 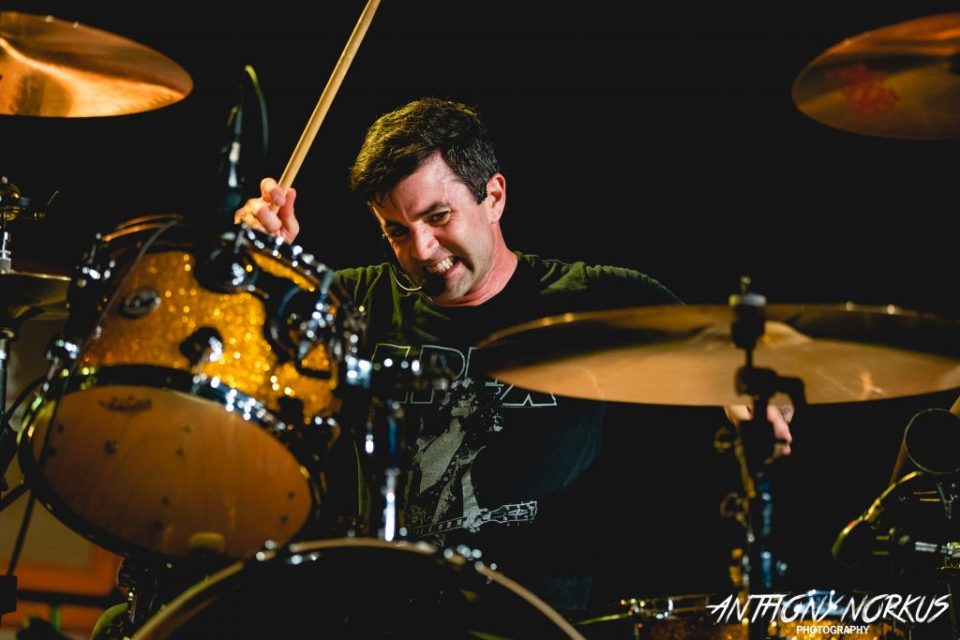 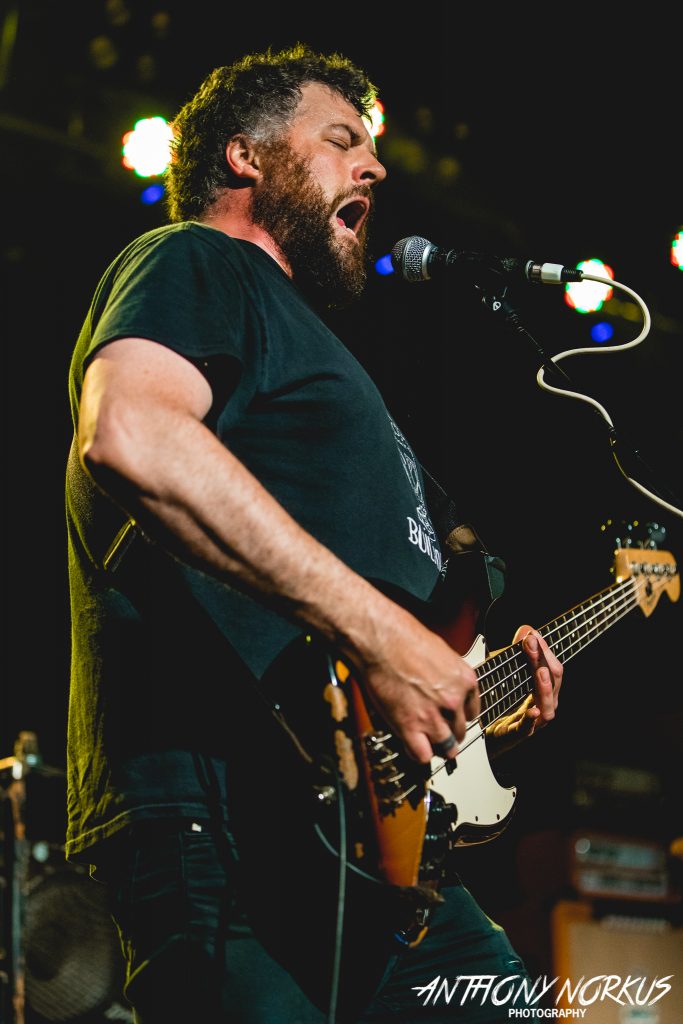 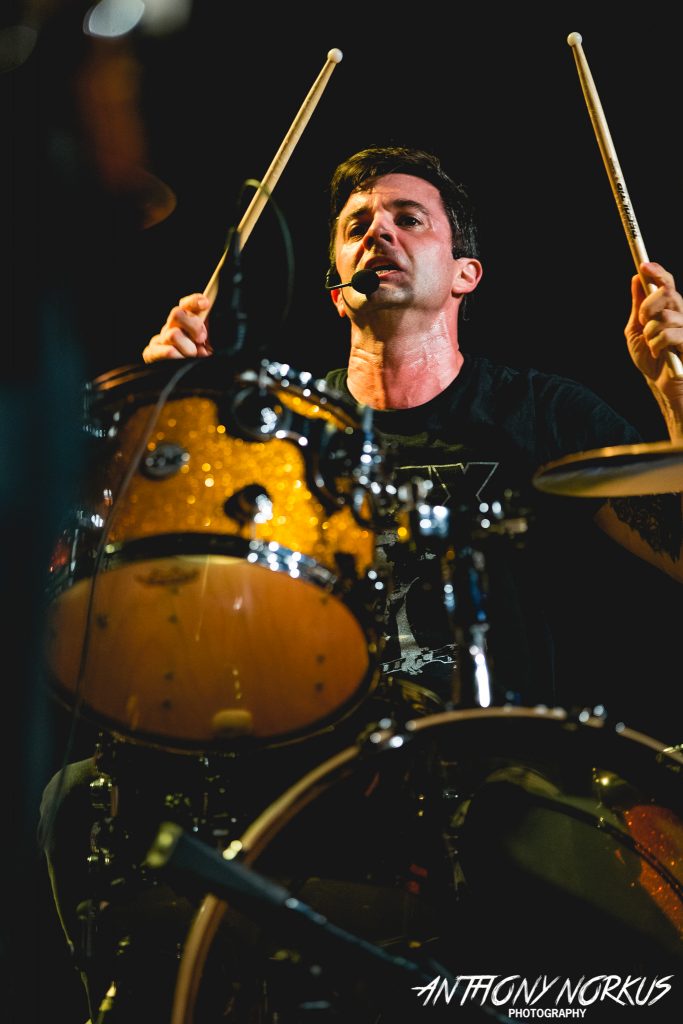