The summer has been mostly silent, but September fires up a bevy of unusual concerts across West Michigan – from drive-in shows to online festivals. See the roster of options at Local Spins. 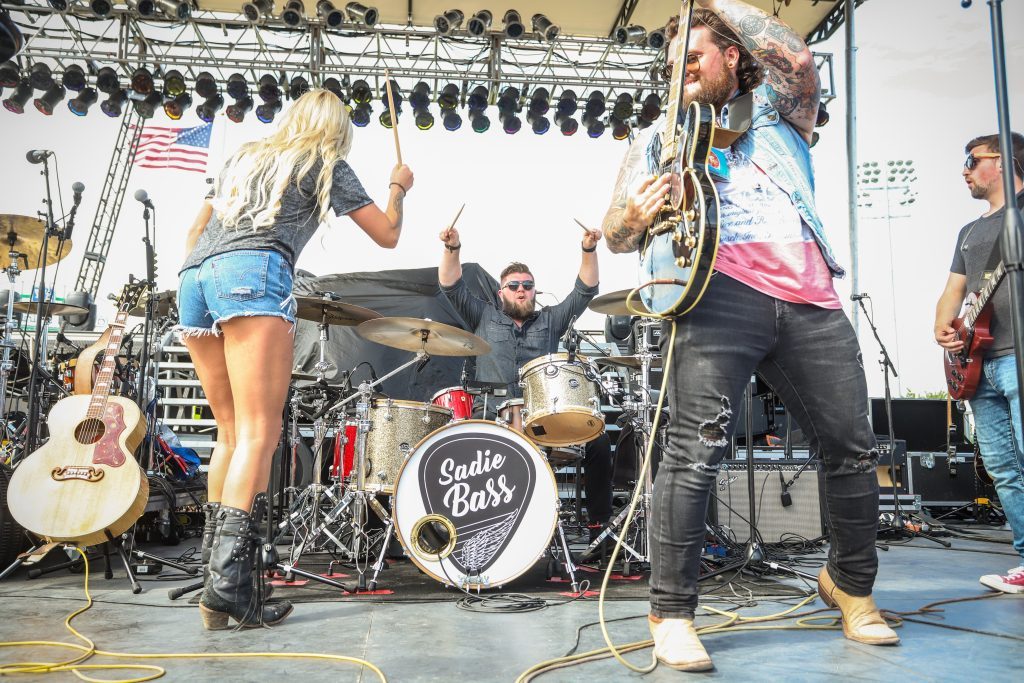 After a mostly miserable summer with concert venues and festivals largely short-circuited by COVID-19, September shapes up as one of 2020’s most intriguing months for West Michigan’s live music scene.

Drive-in concerts, relocated festival sets, some first-time events and elaborate online replacement performances aim to keep music lovers entertained in a manner unlike any September before.

Take drive-in concerts, a trendy new way to experience live music since the onset of the global coronavirus pandemic with socially distanced fans either enjoying the show just outside their vehicles or by listening to the music via an FM frequency on their car radios.

September boasts several options for drive-in music across the region: 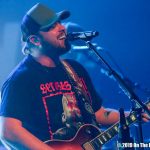 The 5 p.m. show takes place at the old K-Mart parking lot in Manistee (1560 U.S. 31). Tickets are $50 per vehicle and available online here. The show is sponsored by the Filer Township Downtown Development Authority, Century 21 Boardwalk and Boyer Agency & Auto-Owners.

Sadie Bass also is slated to perform at the “Tailgates and Tunes” drive-in show, opening for country star Mitchell Tenpenny in Jackson. Hosted by Country Boots and Bands at Grande Golf Club, the Aug. 29 show was postponed due to COVID restrictions, but a new September date hasn’t yet been officially announced. Updates about the rescheduled show are available here.

• THE ROCKSHOW JOURNEY TRIBUTE: Gilmore Car Museum in Hickory Corners, north of Kalamazoo, will stage its second drive-in concert of the year on Sept. 11, with The RockShow: The Ultimate Tribute to Journey. Tickets are $35 per car or $50 for VIP entry; advance ticket sales only. (A portion of the proceeds will benefit the Barry Township Fire Department.) Gates open for VIP ticketholders at 5 p.m., general admission gates at 6 p.m, with the concert starting at 8 p.m. Get details here.

• JOE HERTLER & THE RAINBOW SEEKERS: Grand Rapids’ Belknap Park presents Joe Hertler & The Rainbow Seekers and Desmond Jones in a drive-in concert at 6 p.m. Sept. 25. Taking place in the Belknap parking lot, some “zones” already are sold out. Remaining tickets are $60-$150 per car, with details and rules online here. The Rainbow Seekers also are playing three straight nights, Sept. 11-13, outdoors at The Deck on the Beach in Muskegon. More info about that mostly sold-out run here.

• THE LEGAL IMMIGRANTS AND MELOPHOBIX: The night after Joe Hertler & The Rainbow Seekers and Desmond Jones fire up the Belknap Park parking lot, Grand Rapids rock band The Legal Immigrants and funk-rock’s Melophobix star in another drive-in concert. Presented by MiEntertainment Group, gates open at 6 p.m. for this drive-in, open-air concert. A limited number of $60-per-vehicle tickets are available online here. Each space is restricted to a maximum of eight people. 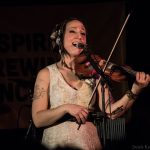 And at 6 p.m. Sept. 27, the Mendel Center presents Alex Holycross of The Native Howl and Erin Zindle of Erin Zindle & The Ragbirds, along with blues musician John Latini and singer-songwriter Mike Talbot. Tickets are $10 per person; get details and tickets online here.

THE BRIDGE: Grand Rapids, meanwhile, aims to make the most of an ArtPrize-less September with The Bridge – a series of outdoor events taking place across the city through early October. 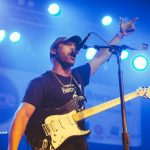 That includes several outdoor concerts, including one at 3 p.m. today (Sept. 5) on the Studio Park piazza downtown. The “Summer in the City” show stars JRob & Bedrock The Foundation, Last Gasp Collective, Whisko & DJ Sanjay and Musicscape by DJ James B. Tickets are $35; details here.

Beyond that, there are Tuesday night swing dances at Rosa Parks Circle; a Heartside artists pop-up performance at Ah-Nab-Awen Park on Thursday afternoon (Sept. 10), followed that evening by an East Hills Council of Neighbors’ live concert at Cherry Park; Fiesta Mexicana on Calder Plaza Sept. 12, the same day that the Glimpse of Africa Festival takes place at Rosa Parks Circle. Oh, and there’s even “Blue Bridge Lights with DJ Ace” on the Blue Bridge over the Grand River to wrap things up on Sept. 12, running from 8 to 10 p.m.

The following week, young Michigan blues-rock phenom Jake Kershaw performs on Sept. 17. Tickets are on sale here and the venue now just requires the purchase of “two-person sections” ($100 for the Symphony) rather than four to ensure social distancing.

Of course, some much-beloved music festivals across the state have had to reinvent themselves this year due to the pandemic.

• FALLASBURG ART FESTIVAL: Take LowellArts’ Fallasburg Festival slated for Sept. 19-20. The live music portion of the festival will move outdoors to Camp Clear Sky outside Lowell, with an extensive lineup of artists performing on Saturday and Sunday. See the full lineup – from Hayes Griffin & Jason Wheeler to The Ryne Experience – here. Tickets are $20 for each of three sessions. The visual arts portion of the festival will take place virtually online; get details about that here.

Speaking of virtual presentations, some uber-popular, season-ending music festivals have been forced to swap in-person celebrations with online experiences. 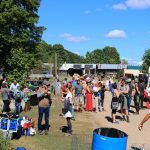 • WHEATLAND WORLDWIDE: Get the lowdown on Wheatland Worldwide, the virtual version of the Wheatland Music Festival taking place online Sept. 11-13 in this Local Spins recap and schedule.

• DETROIT JAZZ FESTIVAL: The Detroit Jazz Festival is taking place online this Labor Day weekend with a host of performances on four stages. Check that out here.

• BANDS AT BLANDFORD: The Bootstrap Boys wrap up the “Bands at Blandford” series at Grand Rapids’ Blandford Nature Center with a sold-out show on Sept. 11.