The emerging country artist got ‘chills to the bone’ during the ‘absolutely amazing’ cruise when her band performed along with other stars. Story, photo gallery. 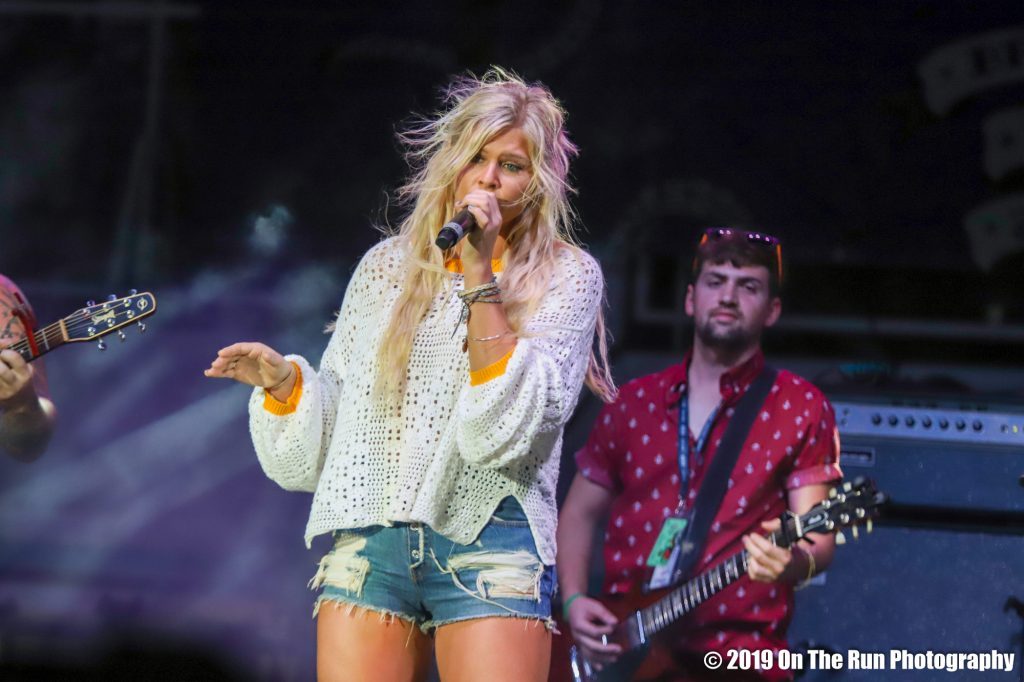 Cruisin’ Country: Sadie Bass and her band on board the Brantley Gilbert cruise. (Photo/Eric Stoike)

When the 53rd annual Country Music Association Awards show rolls out the red carpet in Nashville tonight, singer Brantley Gilbert will be among the star-studded nominees up for various honors at the much-ballyhooed event.

In the eyes of up-and-coming Michigan singer Sadie Bass, Gilbert is already a winner and a hero after championing her cause on his recent “Kick It in the Ship Cruise” that regaled country fans taking the five-day voyage from Miami to Cozumel. 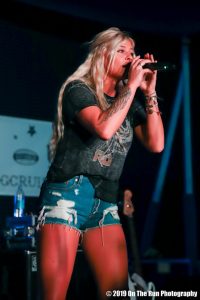 “This opportunity was absolutely amazing,” said Bass, 23, of Bath, Mich., who won an online contest to perform with her band on the cruise filled with country stars.

“Thank God for putting Brantley Gilbert on this earth to give artists like myself an opportunity to fight my way to the top. It was amazing being able to be surrounded by all those fans and get some one-on-one time meeting all of them.”

Gilbert even called Bass on stage for a special shout-out.

“A moment that really stuck with me and tickled my heart was when Brantley Gilbert went out of his way to call me up on stage for the last song and said to the crowd, ‘Give it up for this young lady here. She is a badass!’ To hear those words come out of his mouth and the roar of the crowd gave me chills to the bone.”

“This opportunity definitely created a stepping stone on my music career. It created some lifelong fans that have never even heard of me before, as well as some lifelong friends with some of the other musicians. I’m so excited to see what God does with this and what doors are going to be opened.” 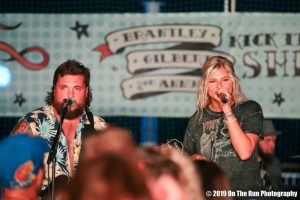 Kickin’ It on the Ship: Bass and her band. (Photo/Eric Stoike)

Indeed, forging new friendships with artists such as Braden, Booth, Langston and others was one of the highlights of the trip (a trip which also involved Bass and her five-piece band driving down to Miami from Michigan in an old shuttle bus without air-conditioning).

“By the end of the cruise, so many friendships and memories were made that it felt like we all became a family. And that goes for the artists, too,” she said. “That was definitely my favorite part of the experience.

“I was around the other artists day and night. It made the cruise so special. They accepted me in so quickly, gave me so much advice and gave me a lot of compliments on what I was doing as an artist as well as feedback on how to grow and get to where they are at.”

Bass performs at 7:30 p.m. Dec. 7 at The Intersection in Grand Rapids, opening for Gunnar & The Grizzly Boys. Get tickets – $10 advance – and details about the B93-sponsored show online here. 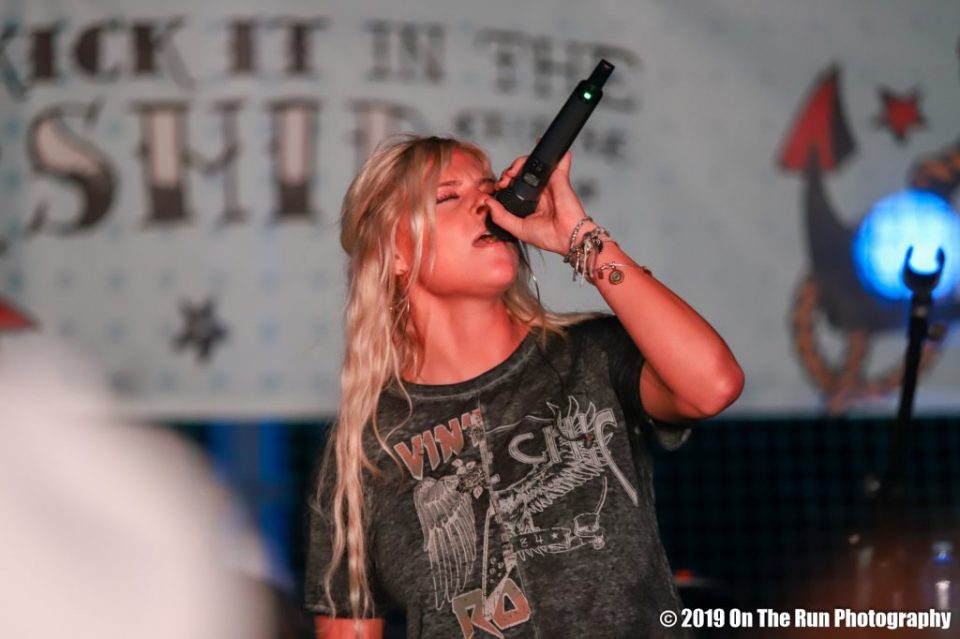 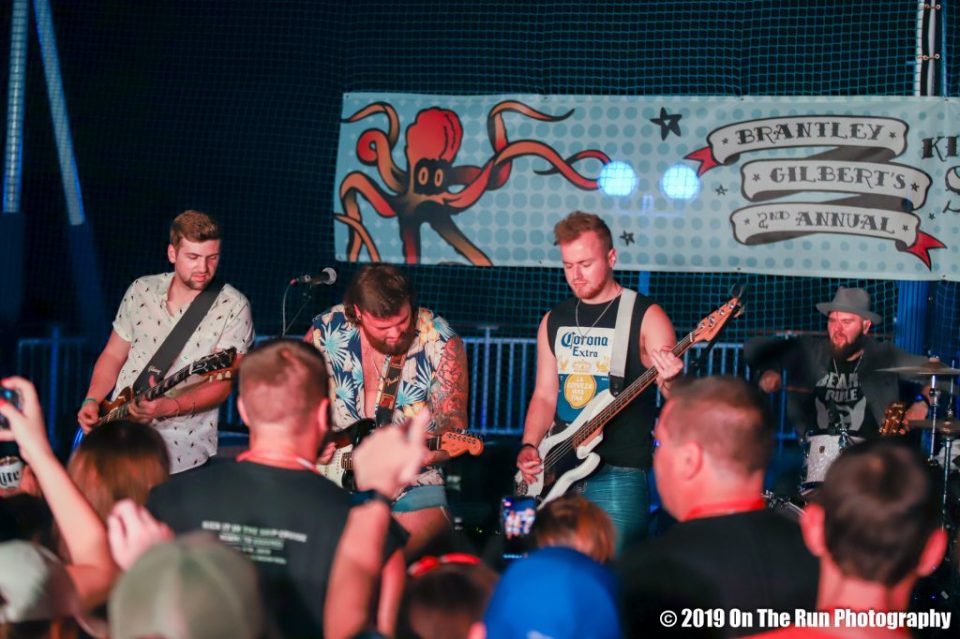 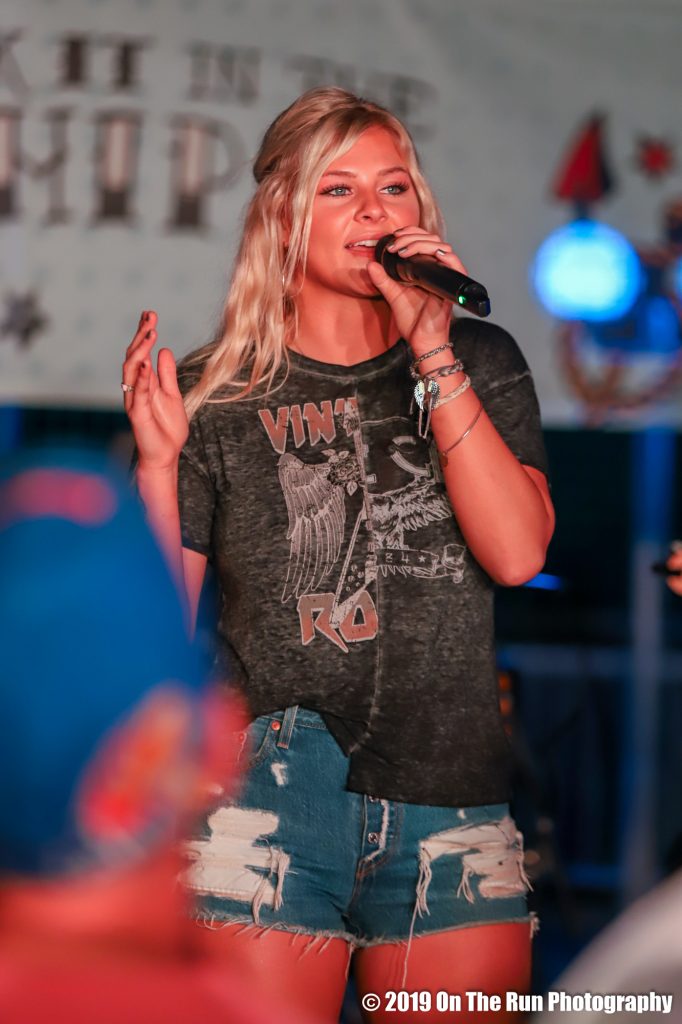 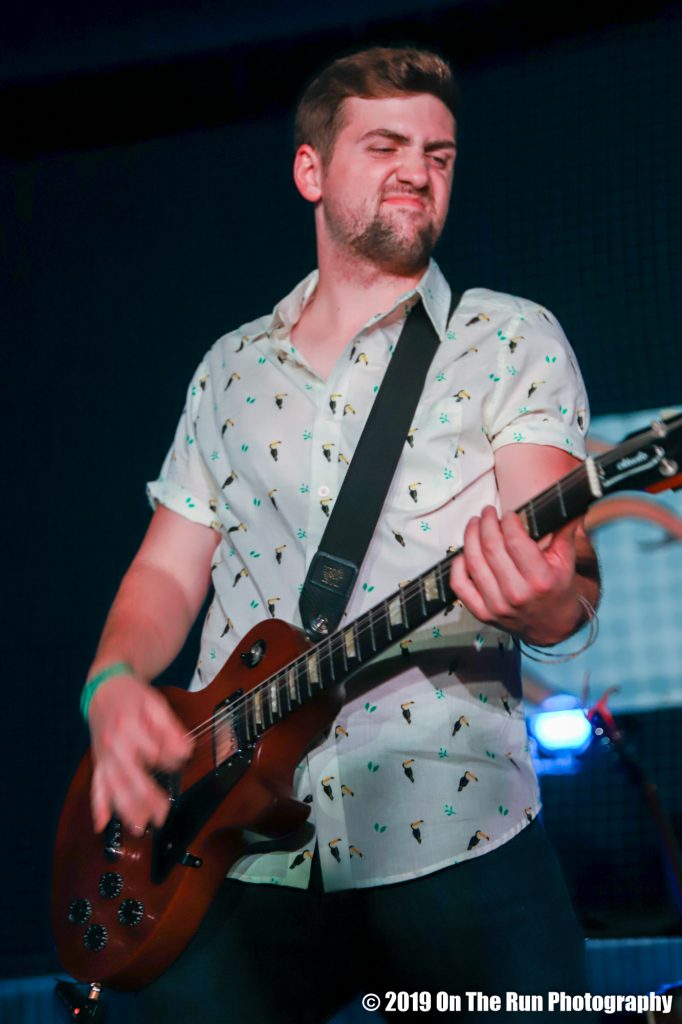 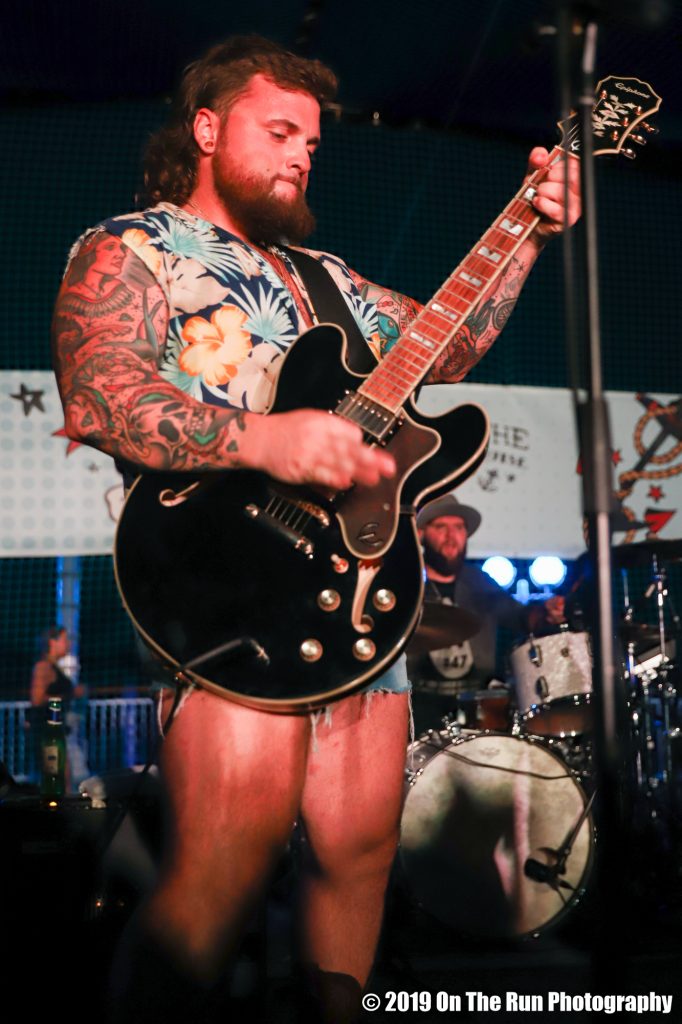 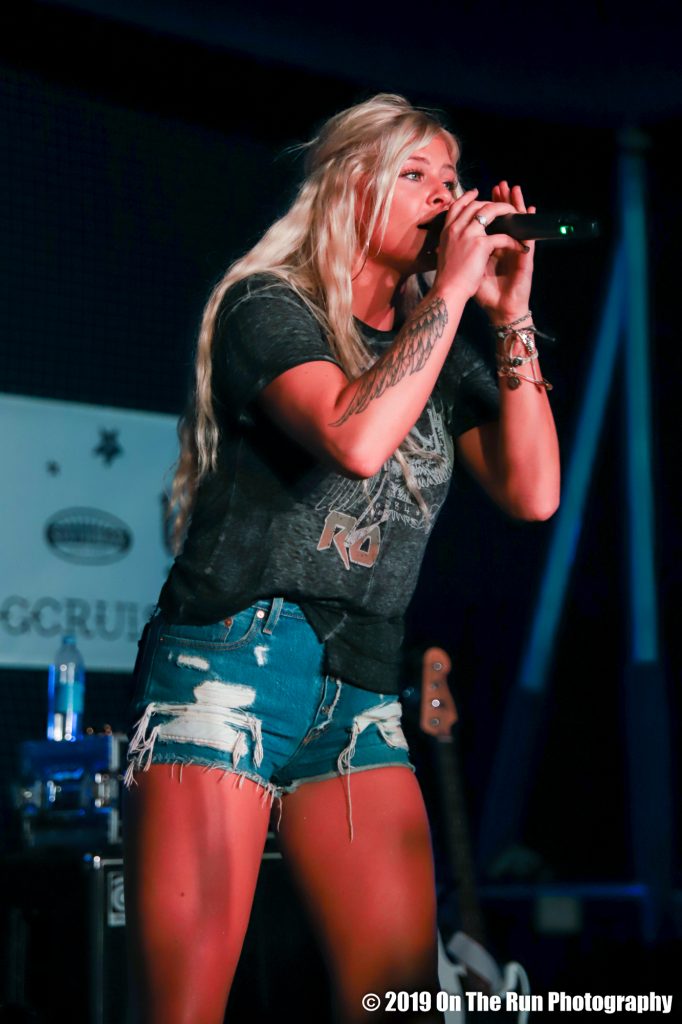 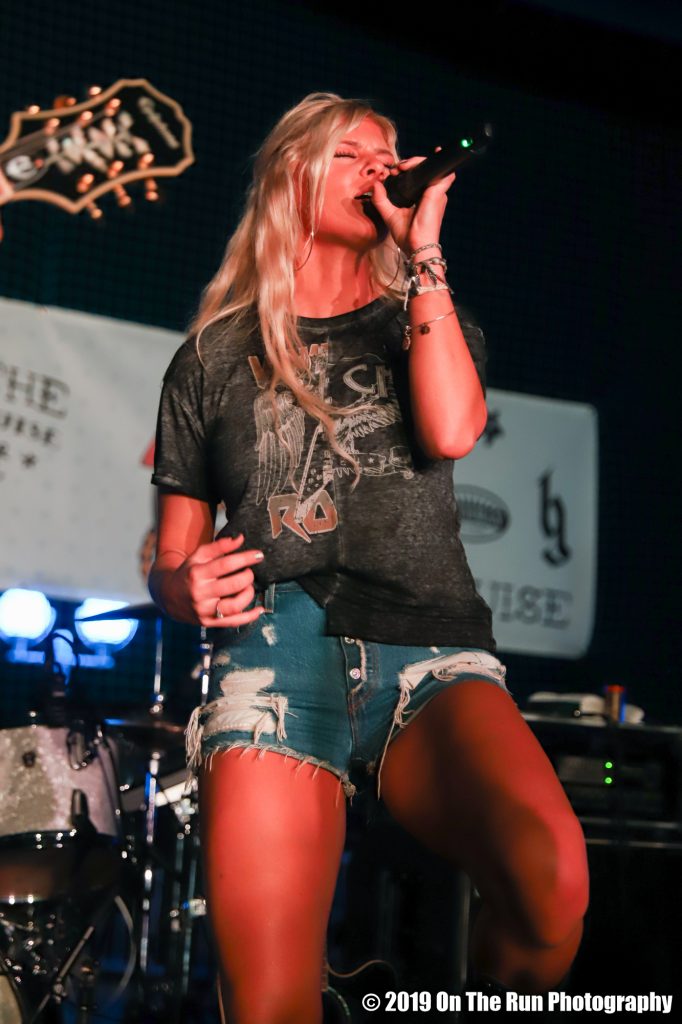 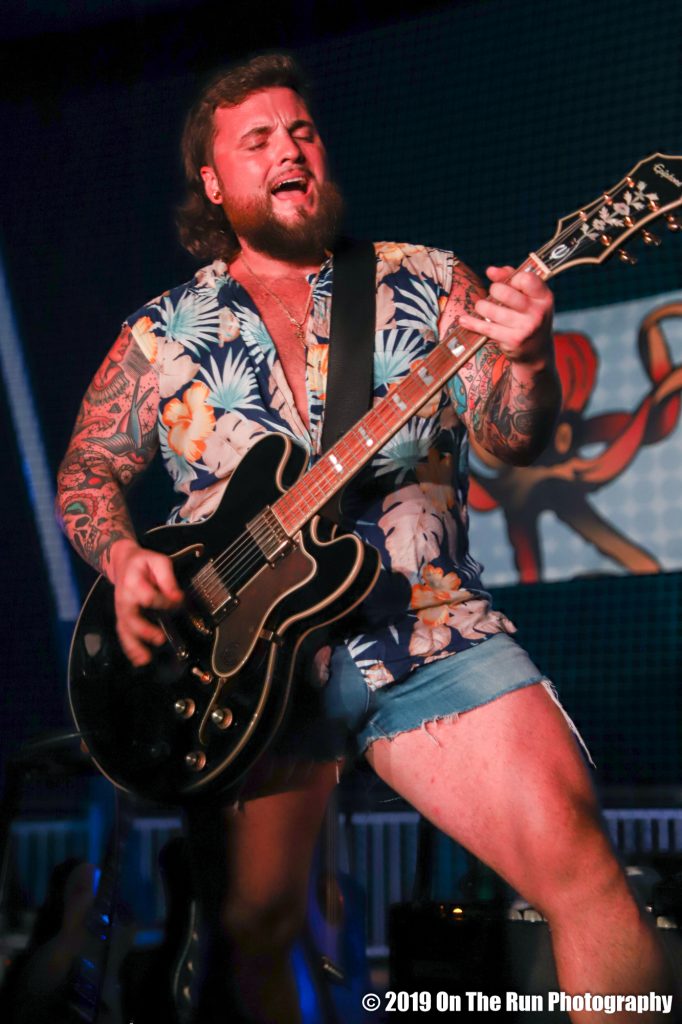 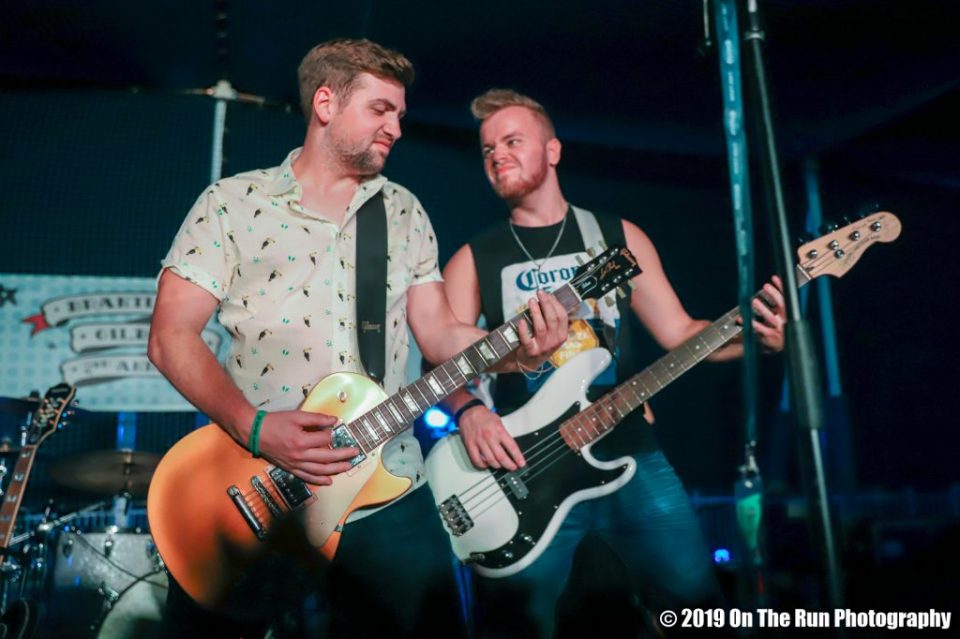 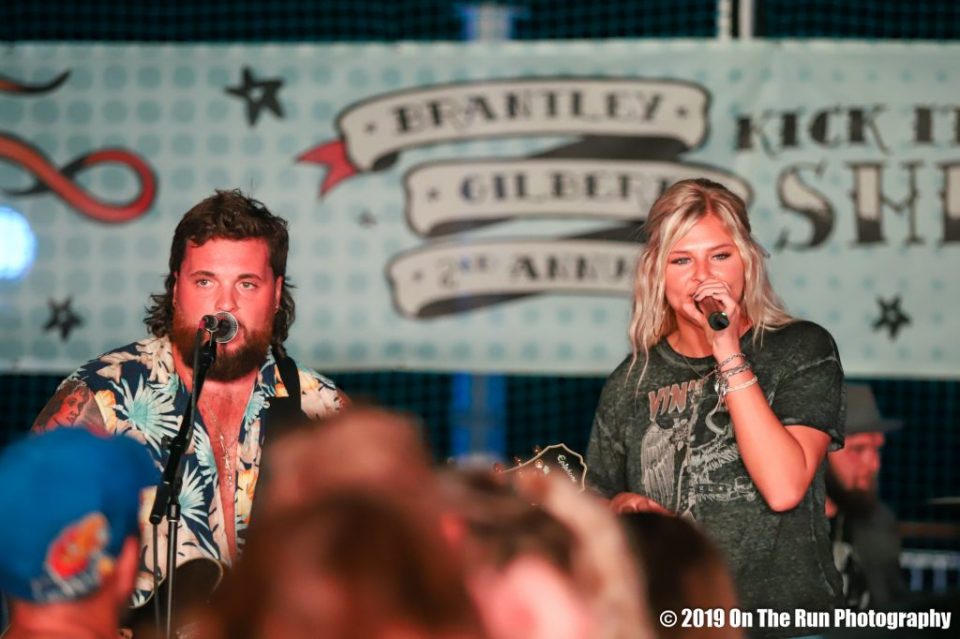 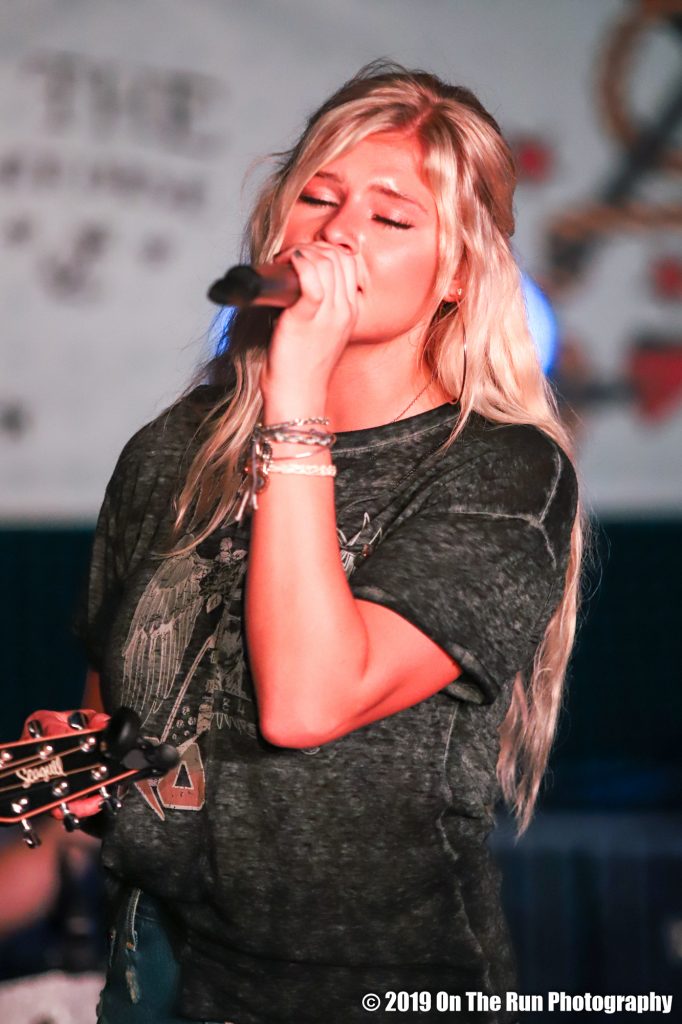 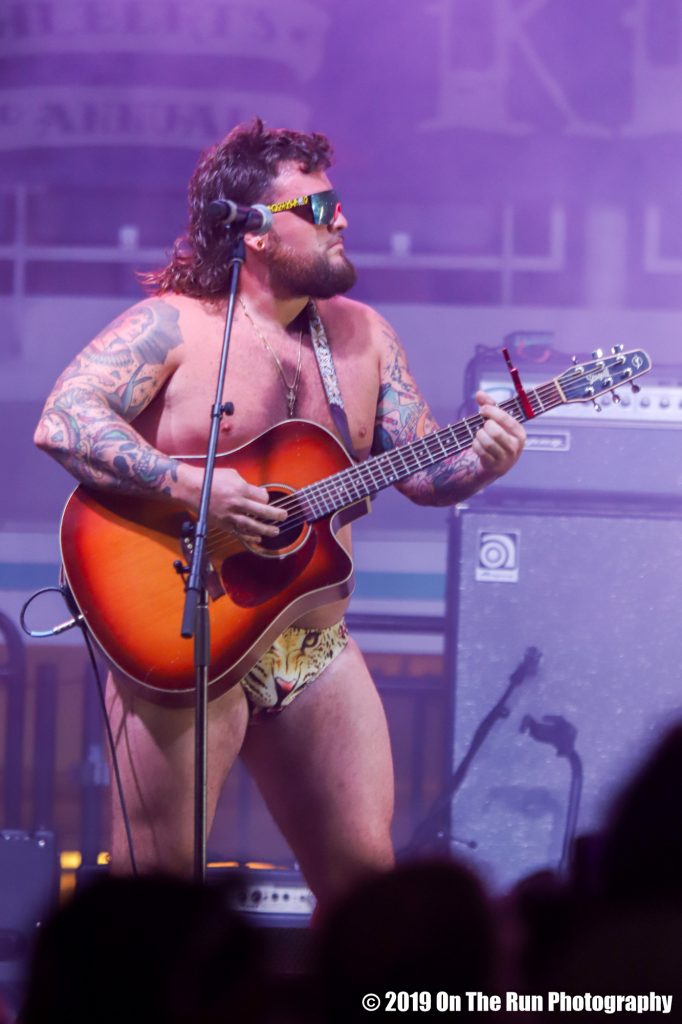 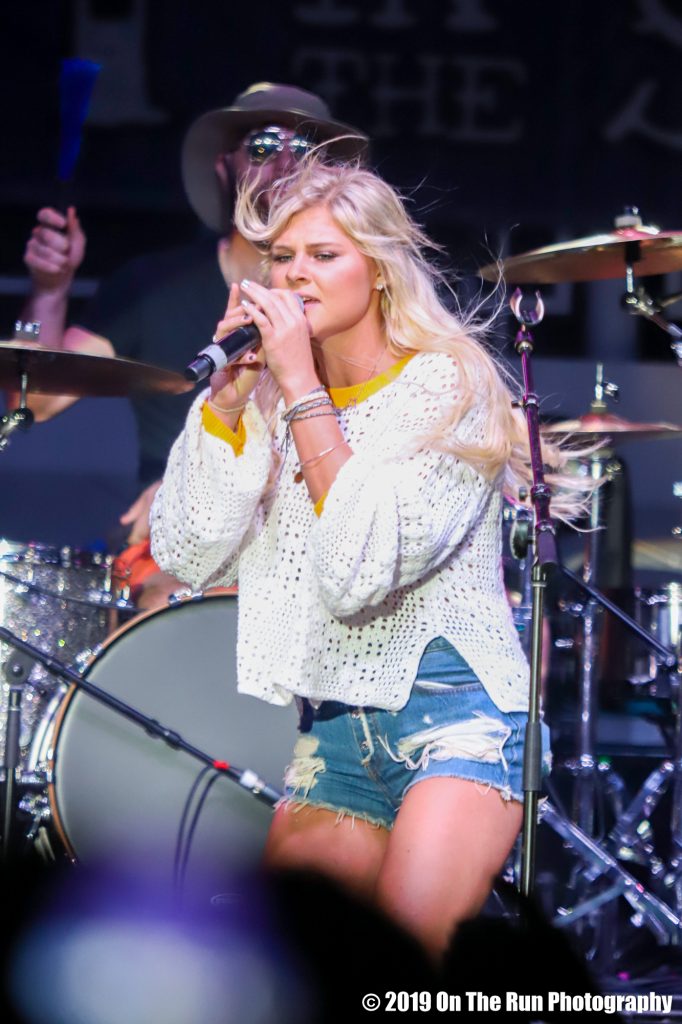 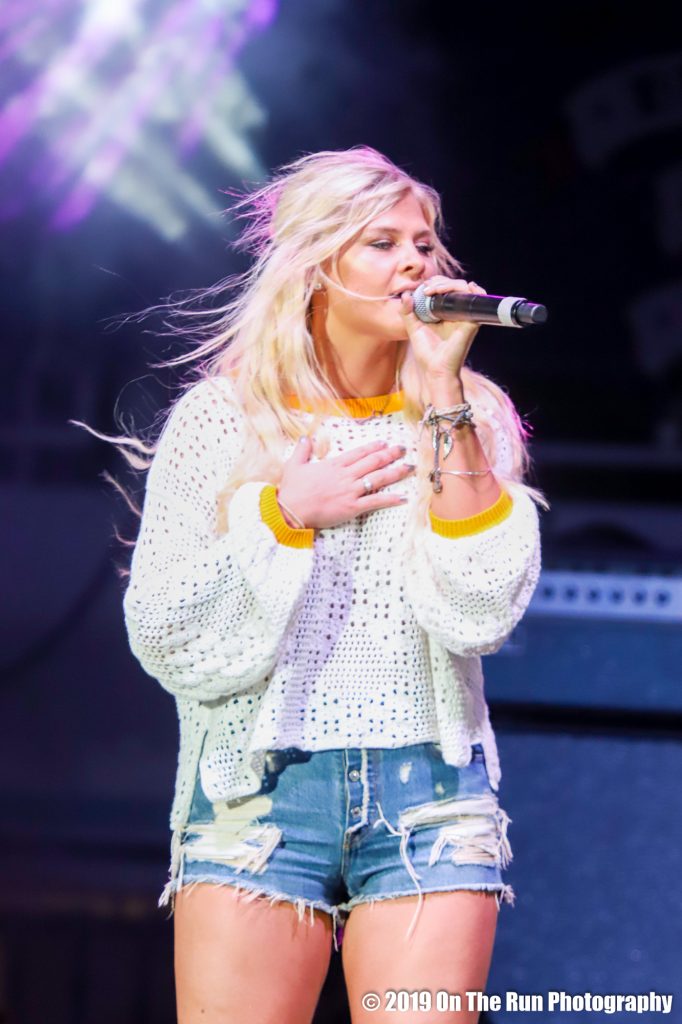 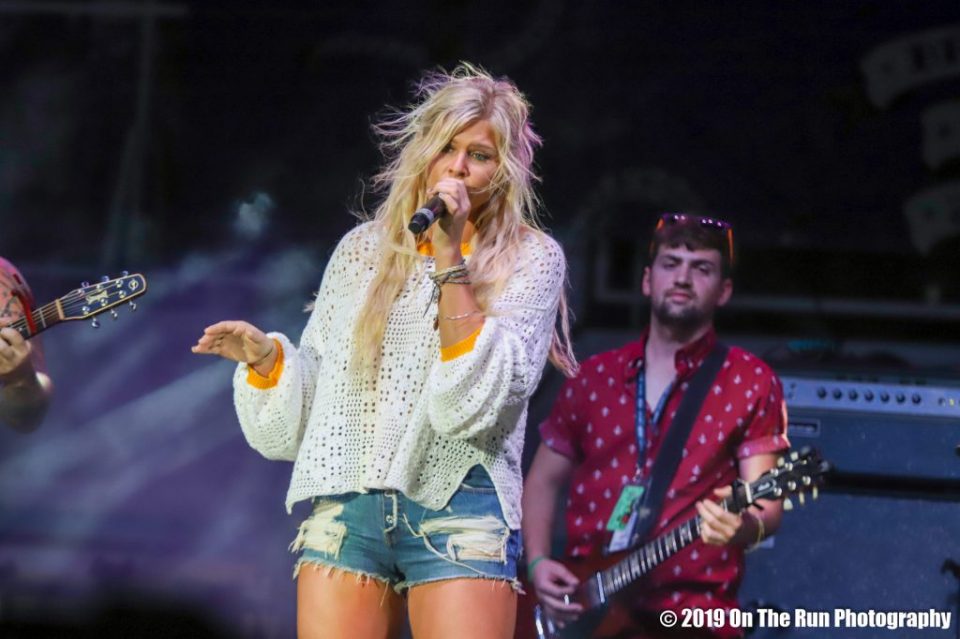 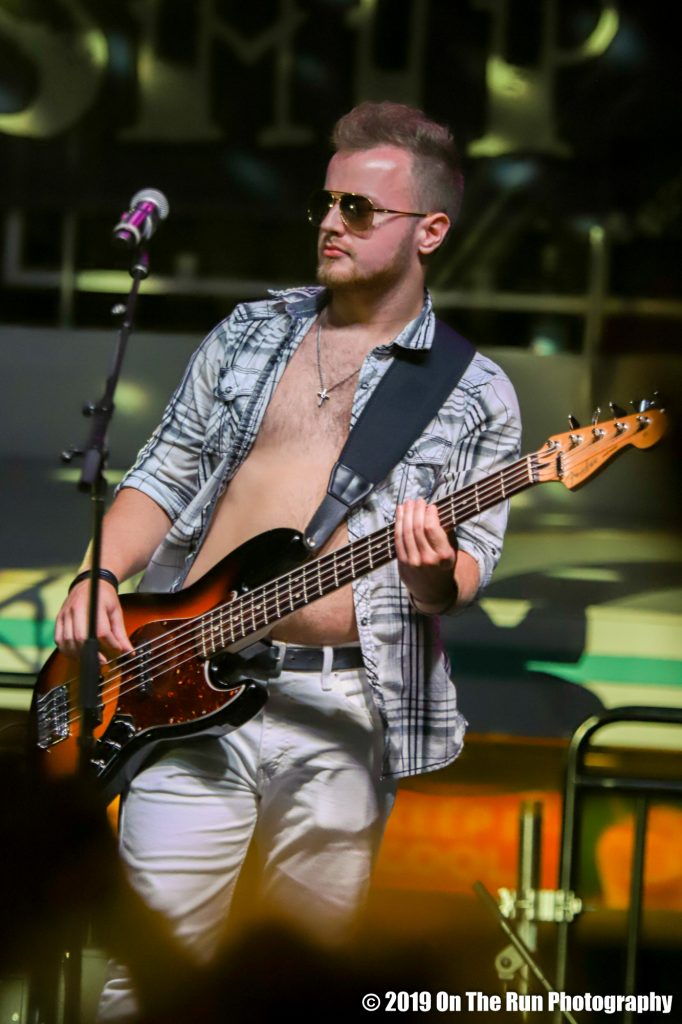 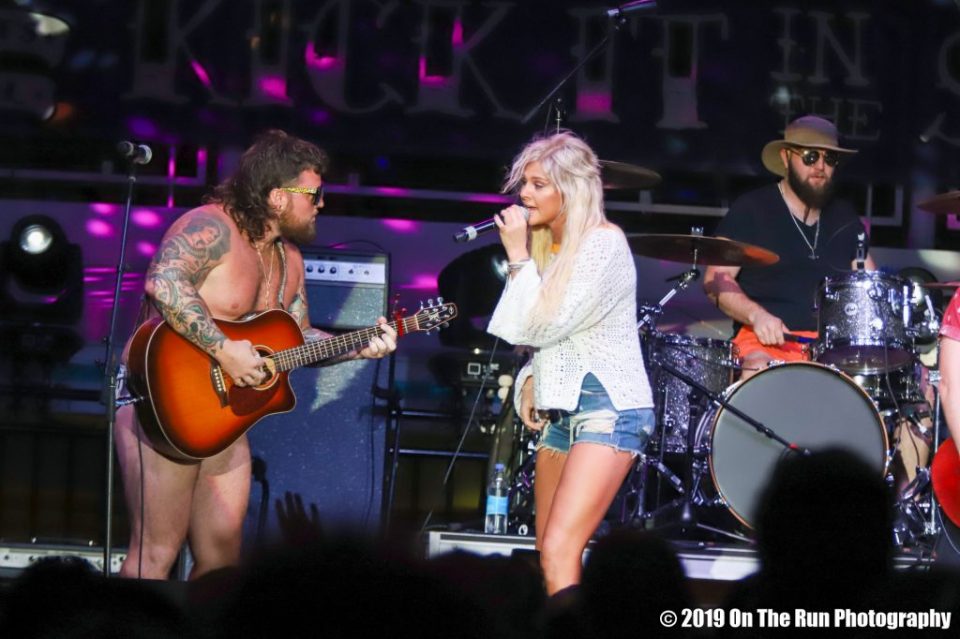