Although he doesn’t want to “lose the blues,” the 19-year-old Kershaw showed off another side to his music for Local Spins on WYCE, which also debuted new tracks by several Michigan artists. 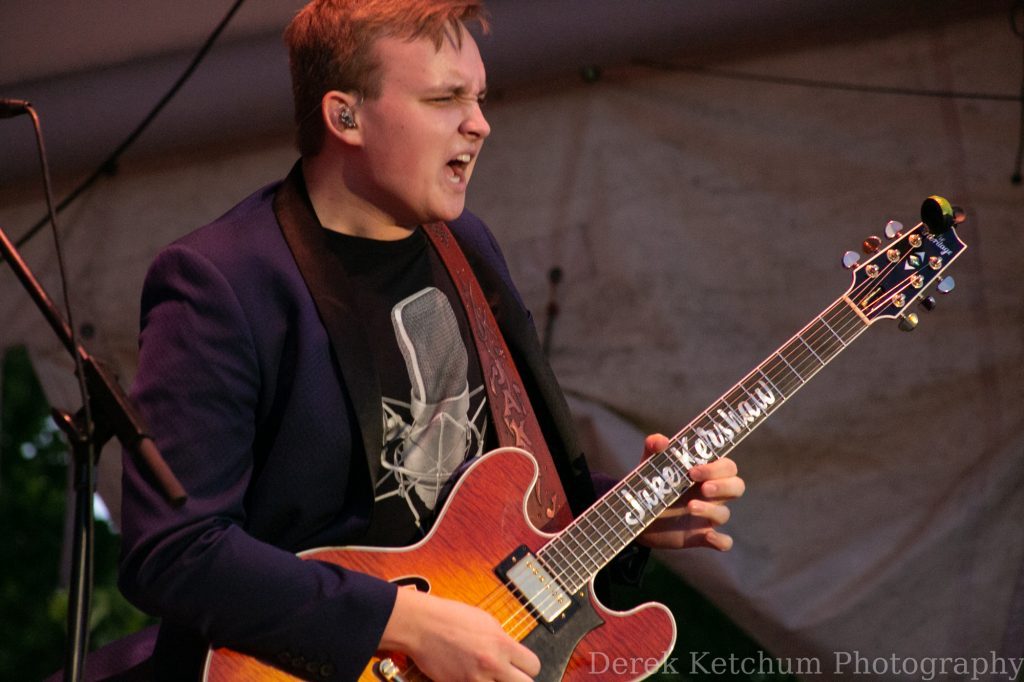 Beyond the Blues: Jake Kershaw is working on songs for his sophomore album. (Photo/Derek Ketchum)

Marshall-based guitarist Jake Kershaw released his first album, “Piece of My Mind,” when he was still in high school – a 2017 recording filled with the blues-rock fire that wowed audiences and turned him into a teenage, Michigan music phenom.

Now 19, Kershaw has learned a lot since, acknowledging that when he decided to pursue a music career after graduation he thought he’d “grab the world by the throat and just whip it around.”

That hasn’t been the case. Instead, he’s spent the past year exploring and navigating the music business and figuring out “how to go about things in the right way.”

He’s also expanded his musical horizons and deviated from the blues-rock thrust of his earlier work. 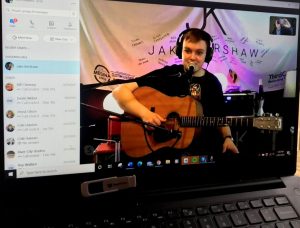 “When I was in high school, I was blues-rock all the time. It was Joe Bonamassa, Jonny Lang, Tommy Castro and Tab Benoit on my phone 110 percent of the time. That was all I listened to,” Kershaw conceded.

“As I got out of high school, I started listening to more genres. When I went down to Nashville, I was obsessed with country. I recently got into bluegrass with the banjo.”

He also started delving into “modern takes on rock and blues and some pop.”

Consequently, the new songs he’s been working on lean more heavily toward pop and a “hodgepodge” of styles, though he insists he doesn’t want “to lose the blues” in his music either.

VIDEO: Jake Kershaw, “In Case You Were Wondering” (Local Spins on WYCE)

Like other musicians, Kershaw has seen a cessation of touring during the stay-at-home environment caused by the recent COVID-19 pandemic, but he insisted that it’s also been a productive time period.

He said he’s been getting organized, continued to hone his musicianship and developed “a new set of skills” that will be useful when his career officially resumes post-coronavirus. 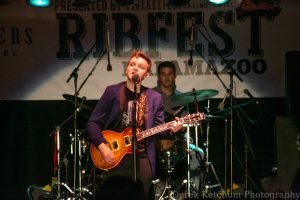 Hoping to Get Back on Stage Soon: Kershaw performing in 2019. (Photo/Derek Ketchum)

And he connects regularly with fans during weekly live-stream concerts, playing alone from his home through Facebook live while being able to see “everyone’s comments right in front of your face.” In some ways, he said, it helps “break that wall” between performer and fan.

Kershaw will be performing online at 5 p.m. Sunday on the Local Spins Facebook page as part of the “virtual” Feedback benefit being held via live-stream in lieu of the April 26 concert aiding Access of West Michigan at Founders Brewing that was canceled due to the coronavirus. He’ll be joined by Jack Droppers of Jack Droppers & The Best Intentions. Details here.

He also plays a live-stream concert at 1 p.m. Tuesday as part of the Kalamazoo State Theatre’s online series on Facebook.

Kershaw and his band still have some late summer and fall performances on the books, continue to release new singles and lay the groundwork for the guitarist’s sophomore studio album being recorded at Third Coast Recording Co. in Grand Haven – a place Kershaw considers “home.”

The April 24 episode of Local Spins on WYCE – which showcases local and regional music at 11 a.m. Fridays on WYCE 88.1 FM and online at wyce.org – also featured the on-air debut of tracks by Dawning, Chris DuPont, Desmond Jones, Vagabonds, Justin Wierenga and Chris Canas (this week’s musician’s pick by Kershaw), along with music from Seth Bernard, Gabrial James and Jack Droppers & The Best Intentions. Listen to the full radio show here.