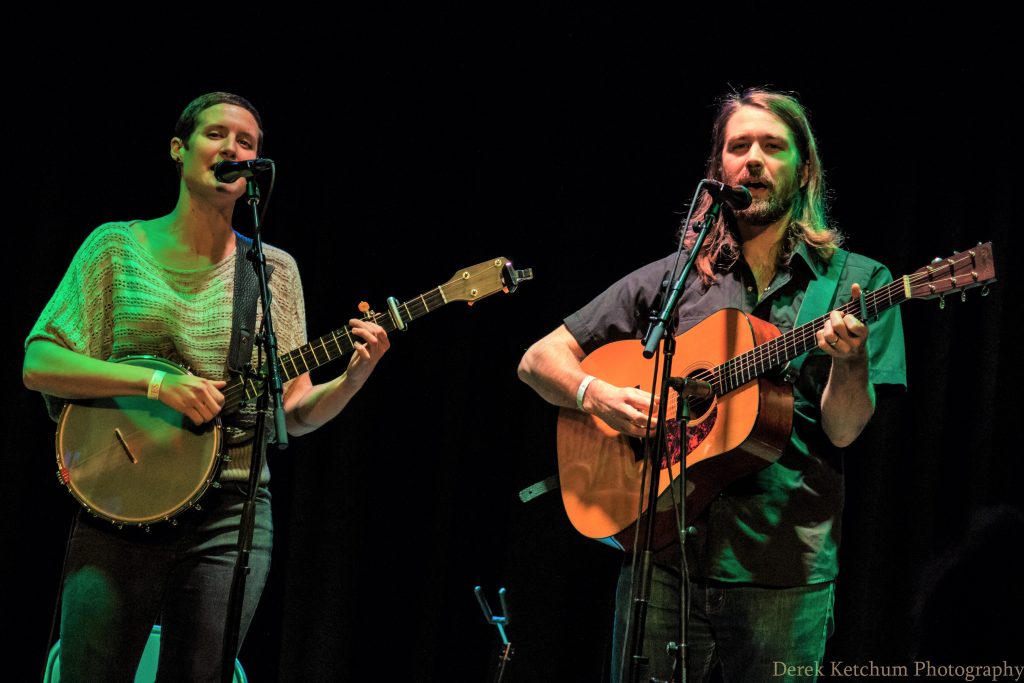 LOCAL SPIN OF THE YEAR: Red Tail Ring, “Fall Away Blues”
EMERGING ARTIST OF THE YEAR: Conrad Shock & The Noise

Red Tail Ring has the power to transport listeners almost instantly to another era, to another place, to a simpler time when the mesmerizing grace of a violin, acoustic guitar or banjo was all that was needed to accompany words so penetrating, so poignant and so heartfelt that tears and smiles well up almost simultaneously. 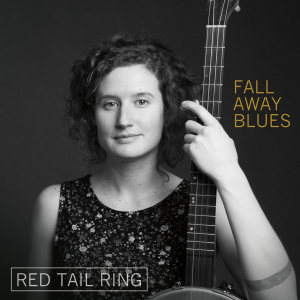 The real magic of the Kalamazoo duo’s 2016 masterpiece, “Fall Away Blues,” rests in Michael Beauchamp and Laurel Premo’s decision to record these gorgeously melancholy tracks without guests and almost no overdubs – just two consummately talented singers and musicians pouring out their souls on tracks recorded at La Luna Recording (and mixed by Premo herself).

The duo has put “a creative premium on live in-the-moment recordings,” Beauchamp says. “It’s who we are.”

As a result, the Earthwork Music album evokes the feeling of sitting on the back porch of some remote cabin while Red Tail Ring unfurls its tales of woe and wonder, from vintage-sounding originals that sound like they could have been penned a century ago to traditional songs they’ve reimagined and enhanced with fresh lyrics to plaintive tracks inspired by opposition to fracking (“Shale Town”) and by the mass shootings that took place in Kalamazoo a year ago (“Gibson Town”).

In an era of special effects and sensory overload, the alluring and potent nature of “Fall Away Blues” – with its stripped-back, contemporary take on heirloom folk – has made it the Local Spin of the Year for 2016, topping a record-breaking year for new releases across West Michigan.

“It’s always delightfully surreal to have our music outrun us to various locales around the country and the world,” Beauchamp says of the enthusiastic response from fans and critics to “Fall Away Blues.”

‘POSITIVE REACTIONS’ AND ‘THE POWER TO GENTLY’ LAY OUT IDEAS

“In a way, though, the sweetest reaction of all is the positive reactions we’ve gotten from our peers and our close friends, and to have people in Southwest Michigan really enjoy what we’re doing makes us feel like we’ve done something significant.” (Check out a video below of the duo performing “Fall Away Blues” for Local Spins on WYCE.)

This year’s announcement of the Local Spin of the Year was timed to coincide with the WYCE Jammie Awards show which takes place this evening (Friday) at The Intersection in Grand Rapids. The Local Spins award is slated to be presented tonight to Red Tail Ring, which plays the main showroom stage at 6:51 p.m. 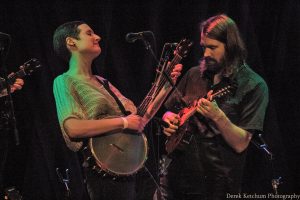 Premo notes that there is a socially conscientious side to Red Tail Ring’s music, which she traces back to listening to John Prine’s “Paradise” as a child.

“I cried listening to it, for the longing that is deep down in the lyrics and melody, and then I developed a whole different relationship with the song as I grew up and understood the economic and environmental ramifications of the story,” she says.

“Music has the power to gently, or forcefully, lay ideas on people. Though socially topical songs aren’t the majority of my music, I’ve come to identify that capacity as an important part of my work as an artist.”

Overall, WYCE-FM (88.1) will dole out more than a dozen awards for best local and regional music of the year on Friday night, with more than two dozen acts performing on two stages starting at 5:30 p.m. Get the full downloadable schedule and more information in this Local Spins preview.

With so many top-drawer recordings flooding West Michigan in 2016, Local Spins’ choice was as difficult as it has ever been, with several other full-length albums worthy of “Silver Spin of the Year” status: 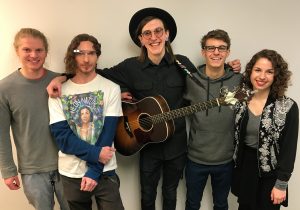 As for best new artist in a year that saw dozens of impressive debuts, Local Spins’ Emerging Artist of the Year Award goes to Grand Rapids rock band Conrad Shock & The Noise, whose album, “Red Skys & Pyrrhic Minds” gets better with every listen – a brilliant blend of rock, blues and soul that carves out “new territory” while leaning on influences ranging from Rage Against the Machine to The Black Keys.

Previous Local Spin of the Year award winners include Vox Vidorra, Dave Hardin, The Soil & The Sun, Ultraviolet Hippopotamus and The Crane Wives.