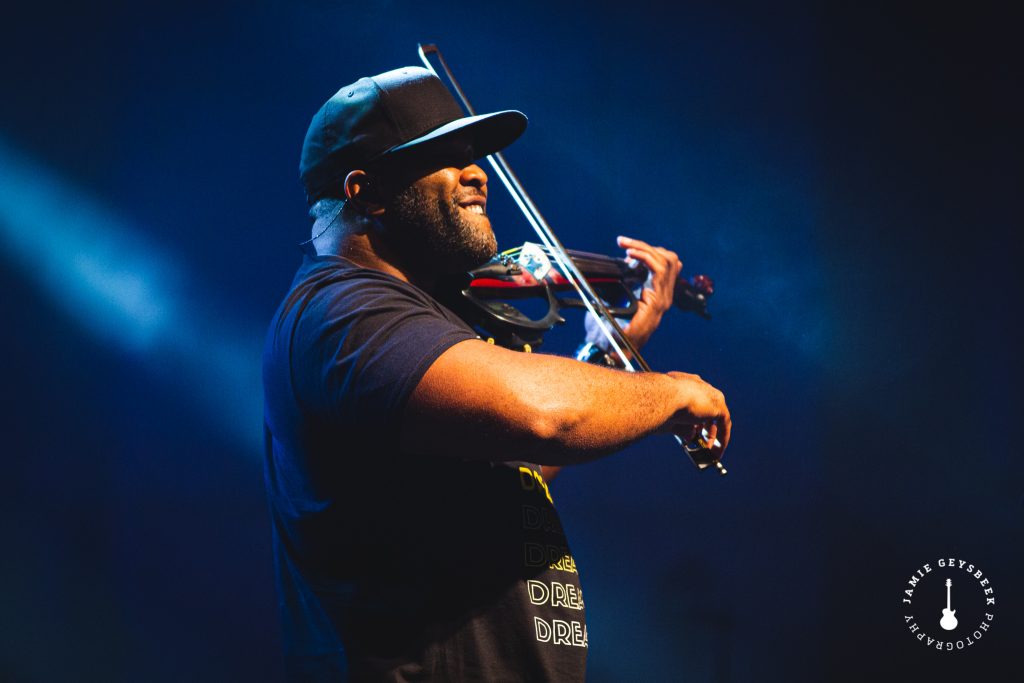 Upbeat, Fast-Paced and Genre-Melding: Black Violin made the most of the weather-delayed show. (Photo/Jamie Geysbeek)

Two years ago — nearly to the day — a powerful late-season storm shut down the venue’s B-52 concert before the headliner could ever take the stage, disappointing fans and stirring up some mild controversy around the venue’s no-refund, no-exchange policy.

Thankfully, Sunday night’s tangle with the weather gods ended on a (mostly) happier note for the amphitheater’s double billing of Black Violin and Blind Boys of Alabama.

The evening began promisingly enough with comfortable temps and the rich sounds of the storied gospel act, Blind Boys of Alabama, who are widely recognized as living legends, and deservedly so. 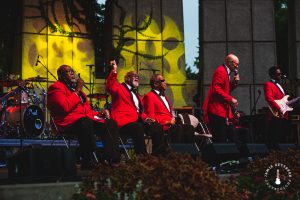 But about 40 minutes into their performance, as the gentlemen offered up a rendition of “Amazing Grace” (set to the tune of “House of the Rising Sun”), the rain kicked in. The set was cut short as support crew hustled on stage to usher the band away and Meijer Gardens’ staff announced that a quick-moving thunderstorm was moving into the area.

At 7:06 p.m., guests were instructed to immediately head to their vehicles to safely ride out the storm, with hopes of an “all clear” being called in time to allow Black Violin time to take the stage. While a heavy downpour moved through, the worst of the storm skirted the venue, and gates re-opened at 8 p.m., with Black Violin taking the stage about 30 minutes later for a roughly 80-minute set.

While incredibly disappointing to miss any of the Blind Boys’ planned performance, fans seemed appreciative of the time shared with the band. And to their credit, a large portion of the audience stuck around through the delay, with hundreds eagerly filing back into the water-logged amphitheater when given the green light.

As a reward, those who hung on were treated to a whirlwind of sound from the genre-bending, Grammy-nominated Black Violin, consisting of Wilner “Wil B” Baptiste (viola) and Kevin “Kev Marcus” Sylvester (violin) with DJ SPS and Nat Stokes (drums).

Blending classical string instrumentation with modern beats, hip hop and vocals, the headliners delivered an upbeat, fast-paced performance skillfully aligned with their stated goal of challenging stereotypes and pushing the boundaries of what’s expected, encouraging the youngest members of the audience to embrace what sets them apart and to “outwork everybody.”

It was loud, energizing, fun and well worth outlasting the storm. 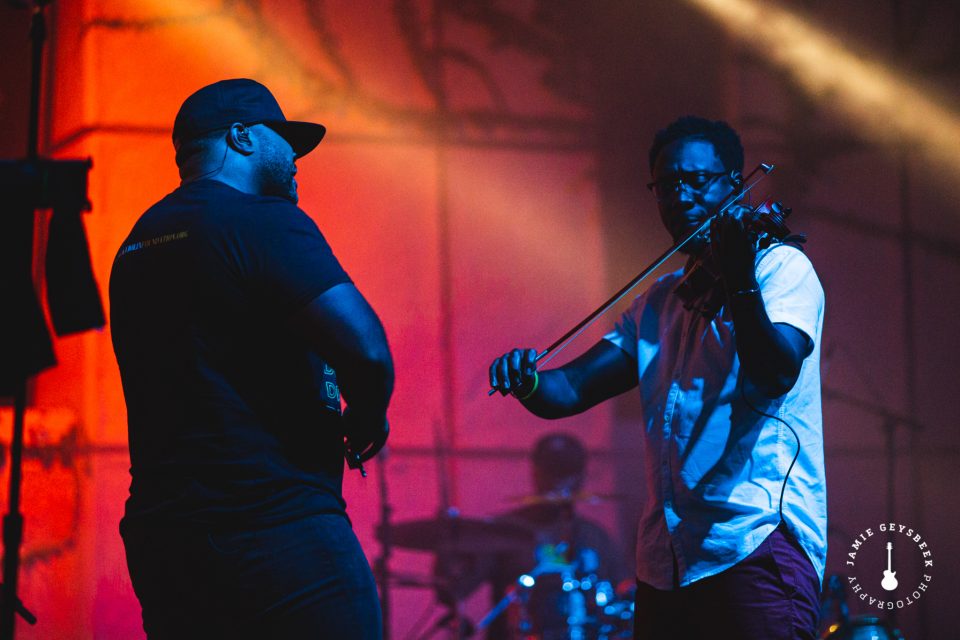 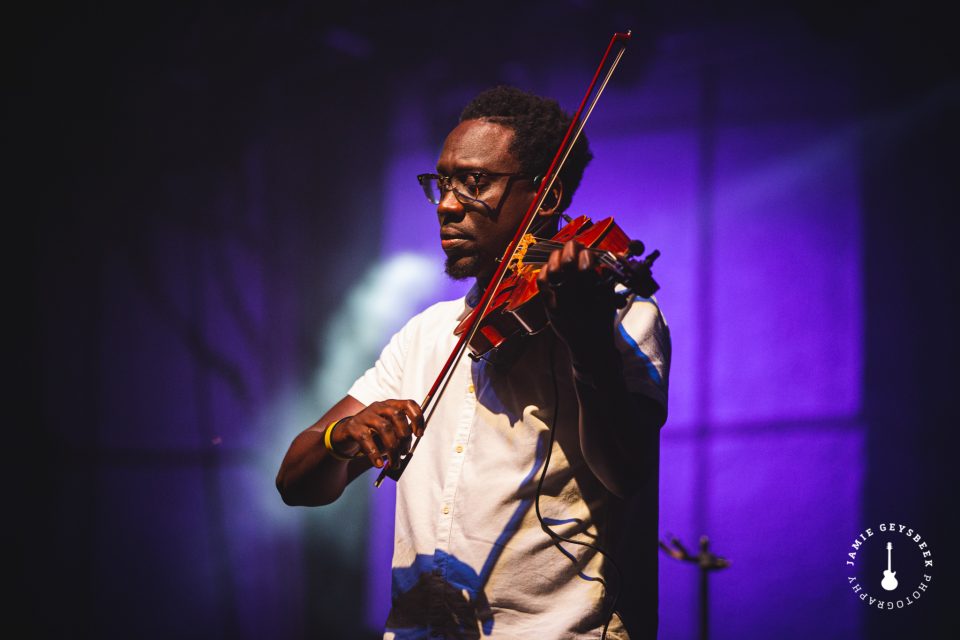 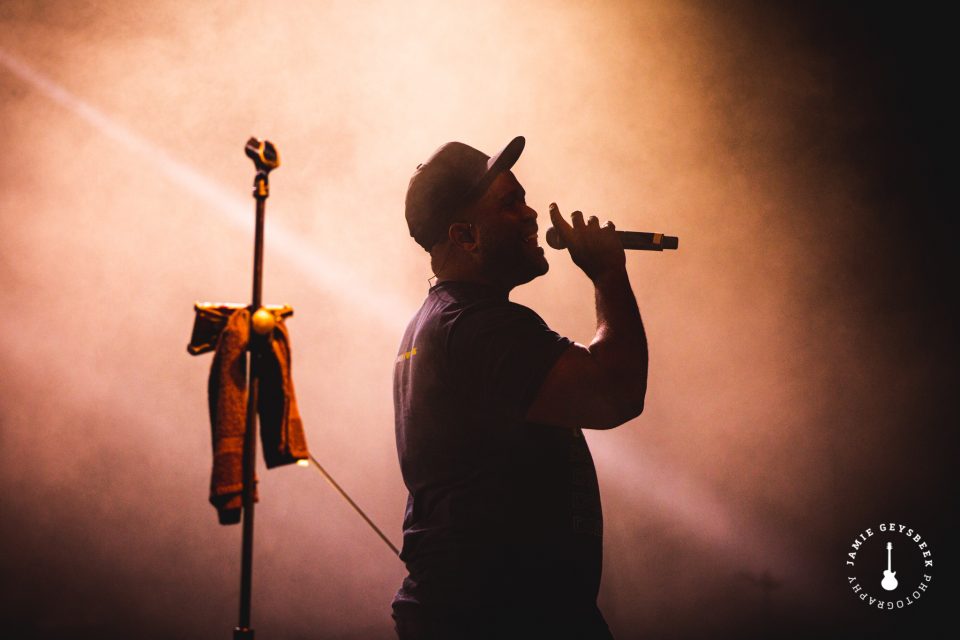 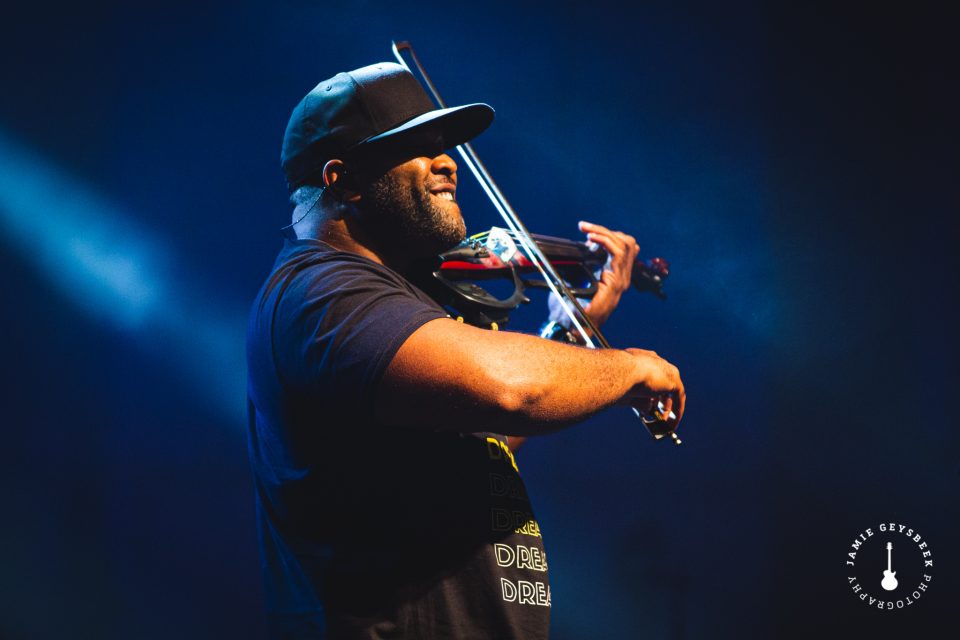 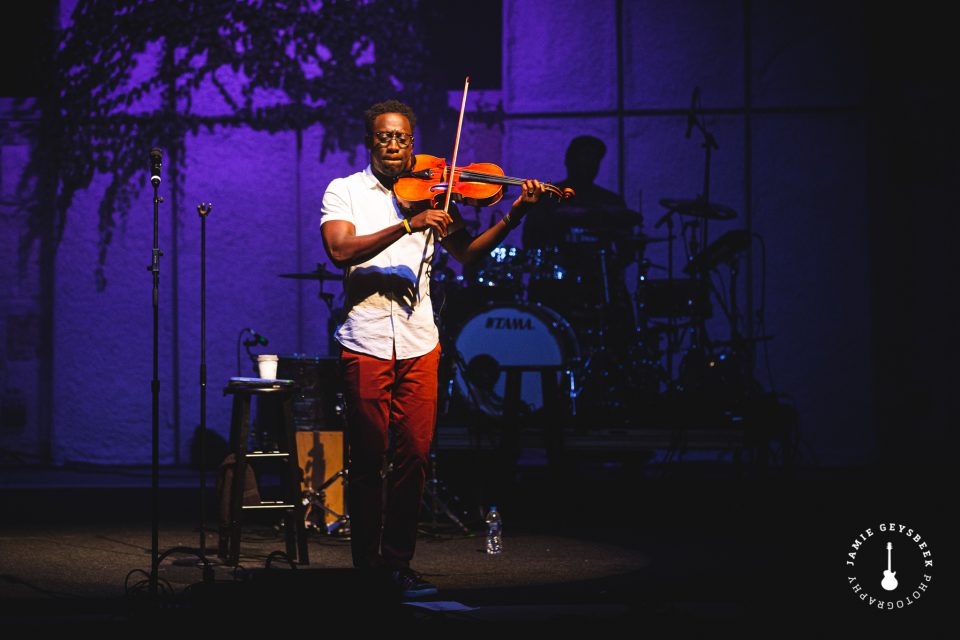 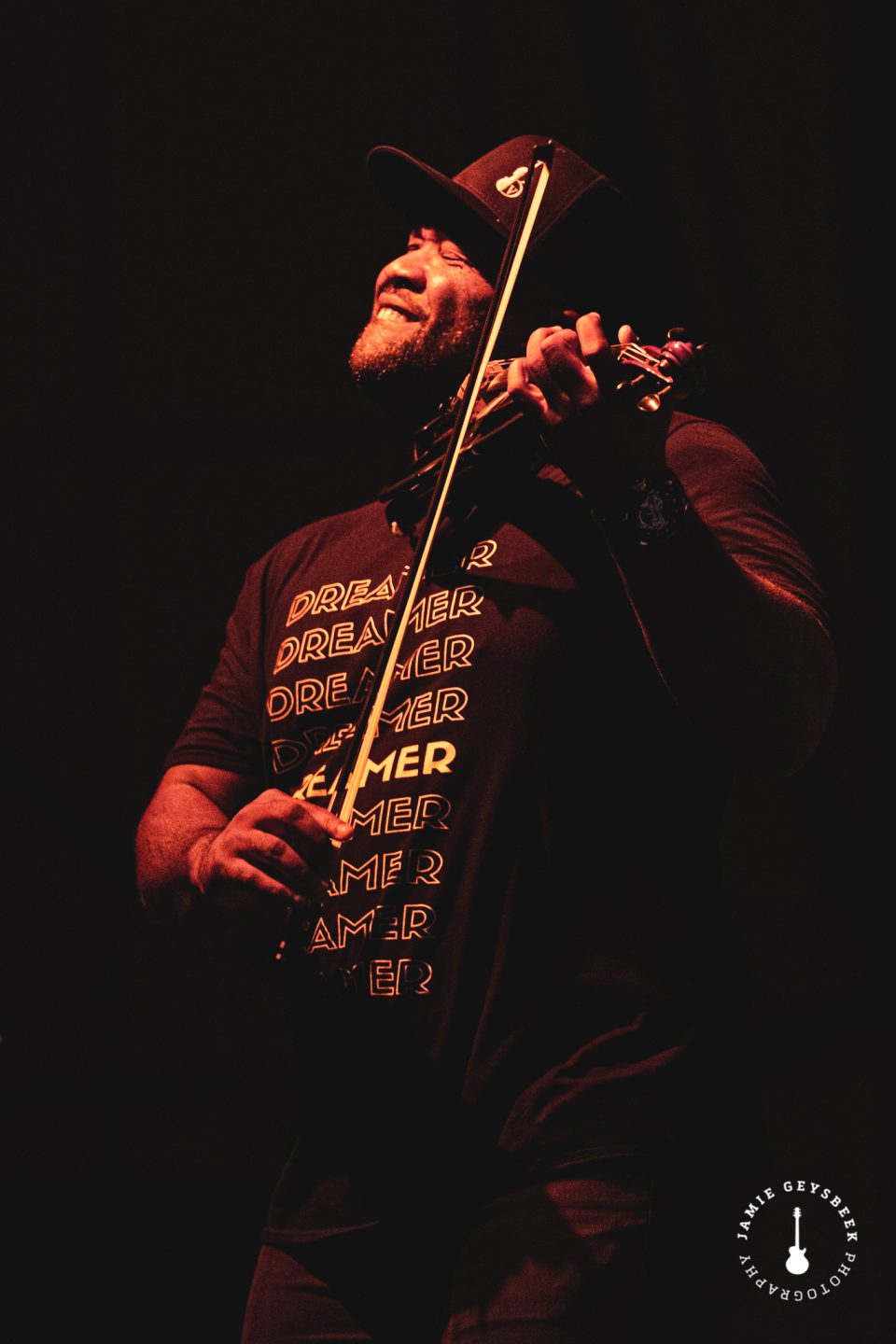 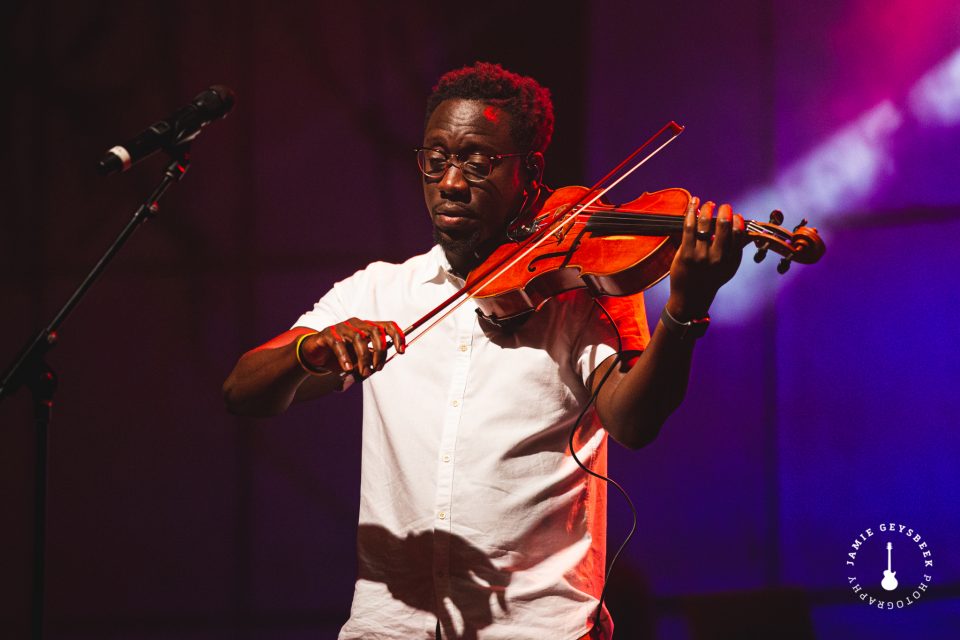 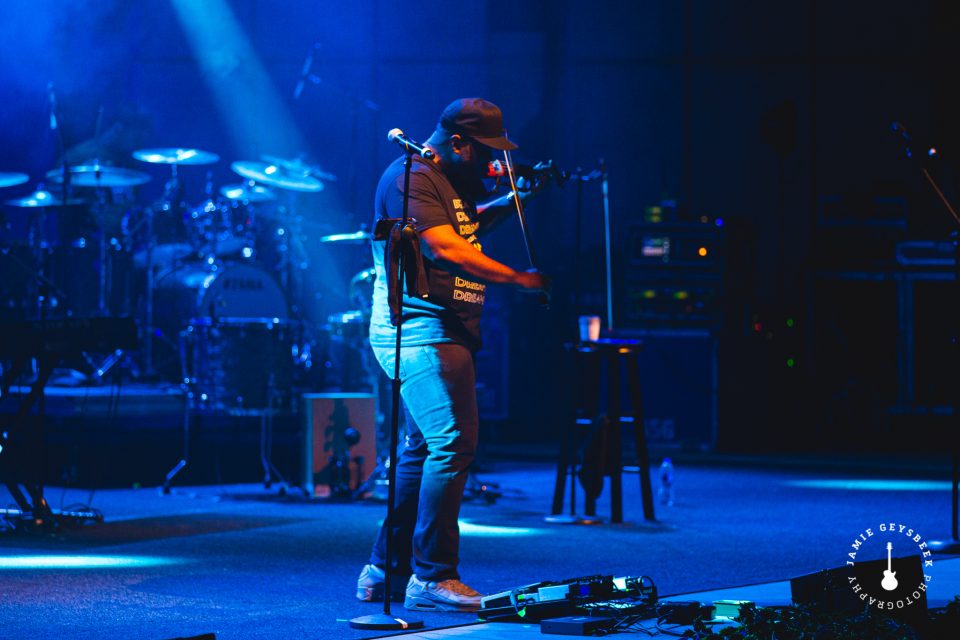 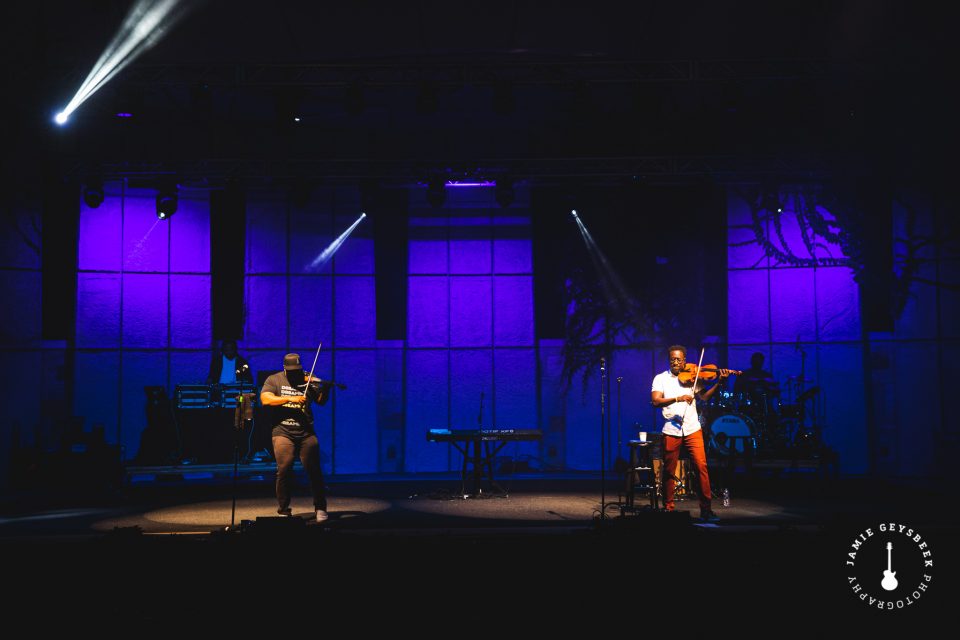 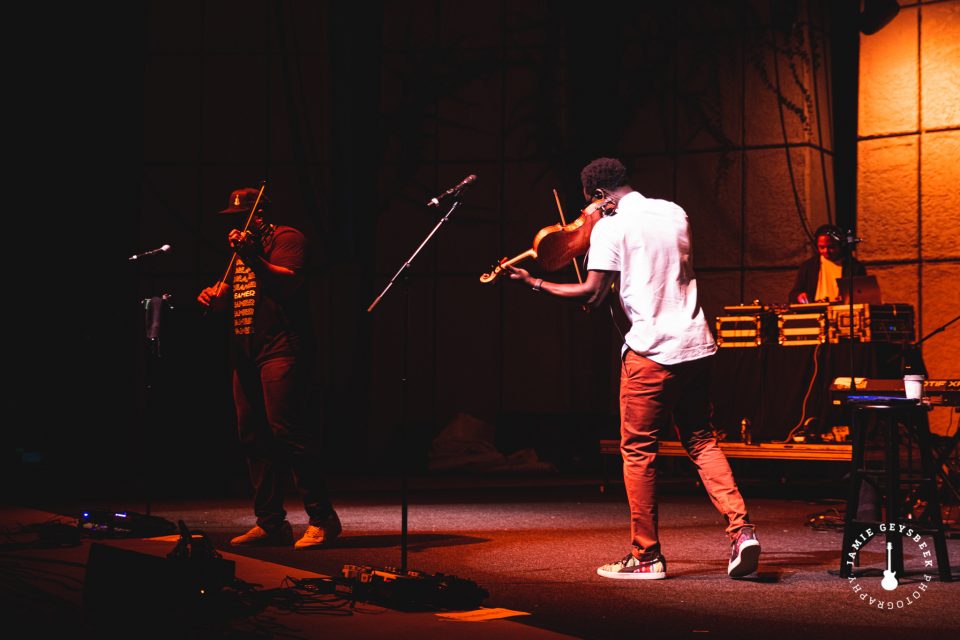 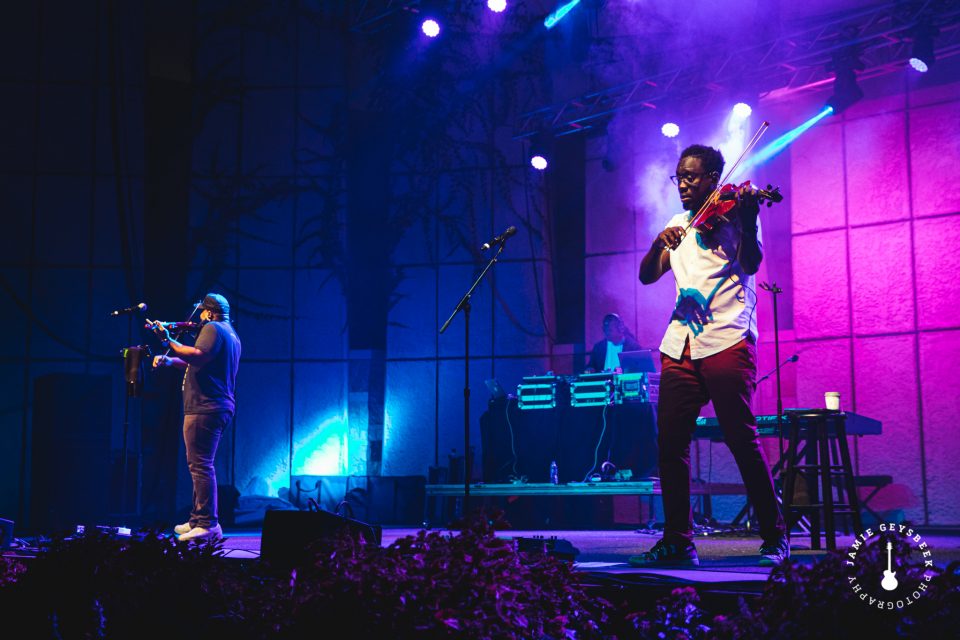 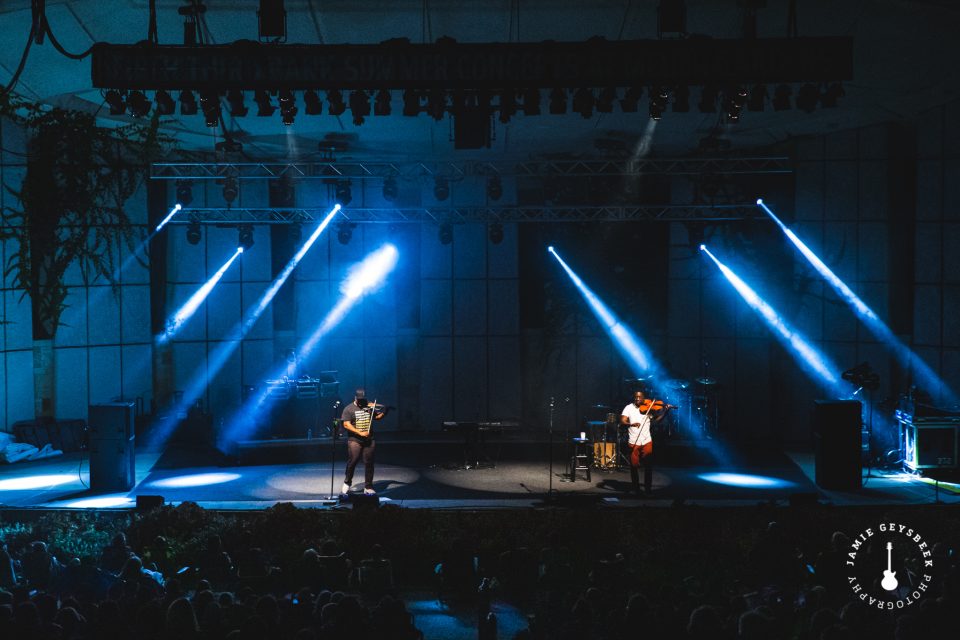 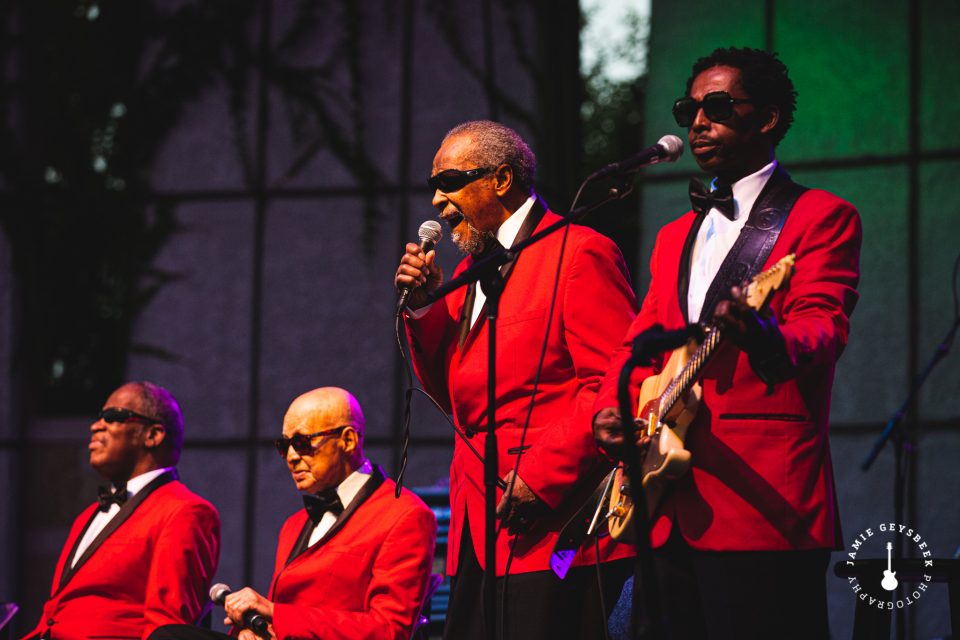 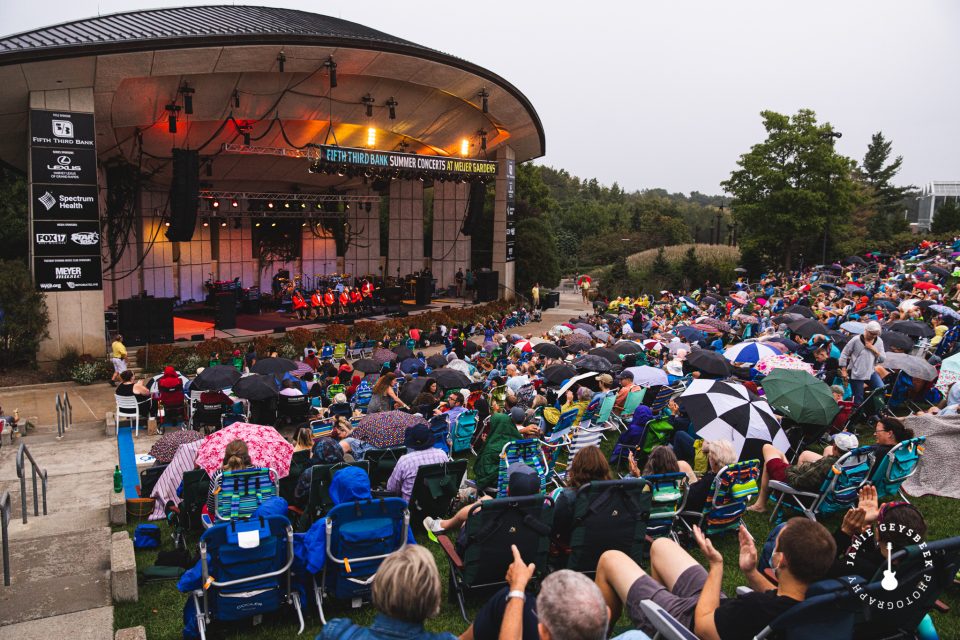 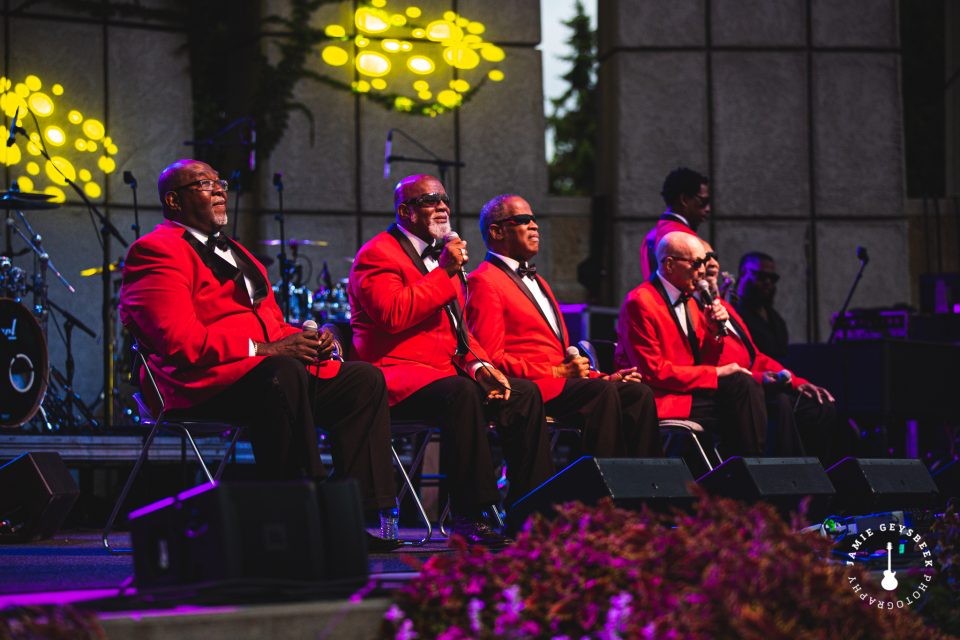 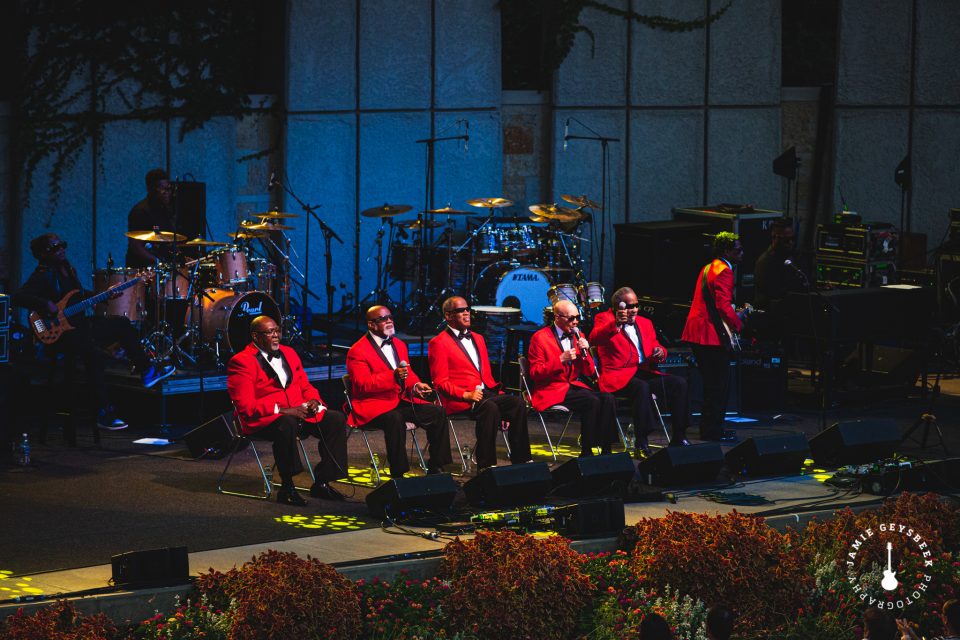 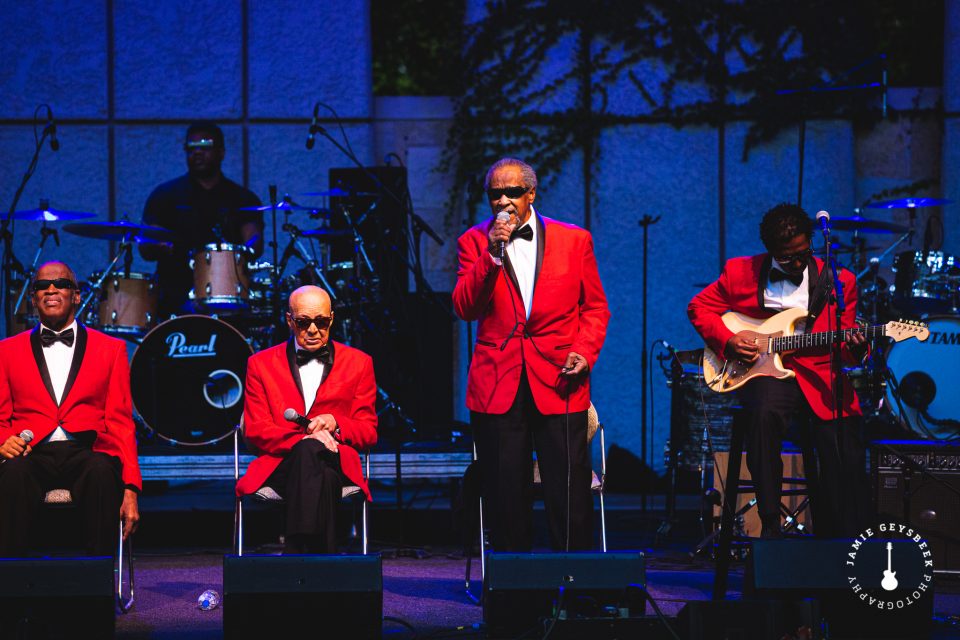 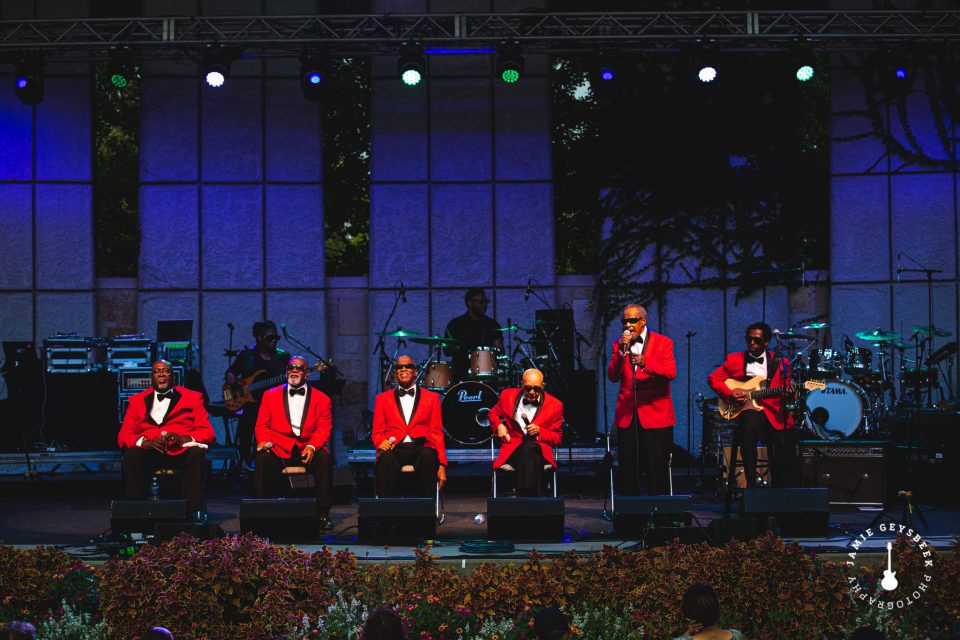 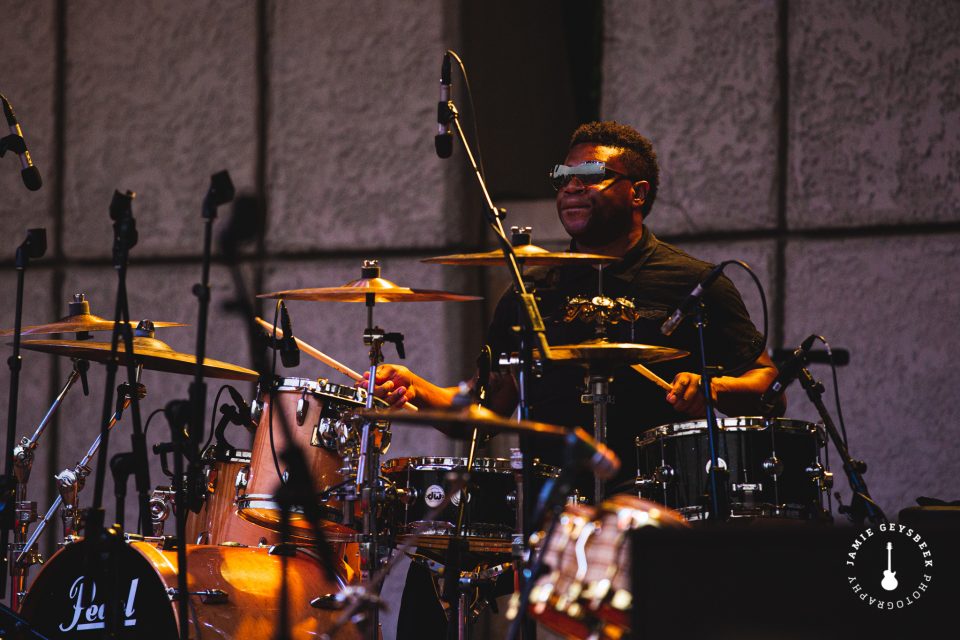 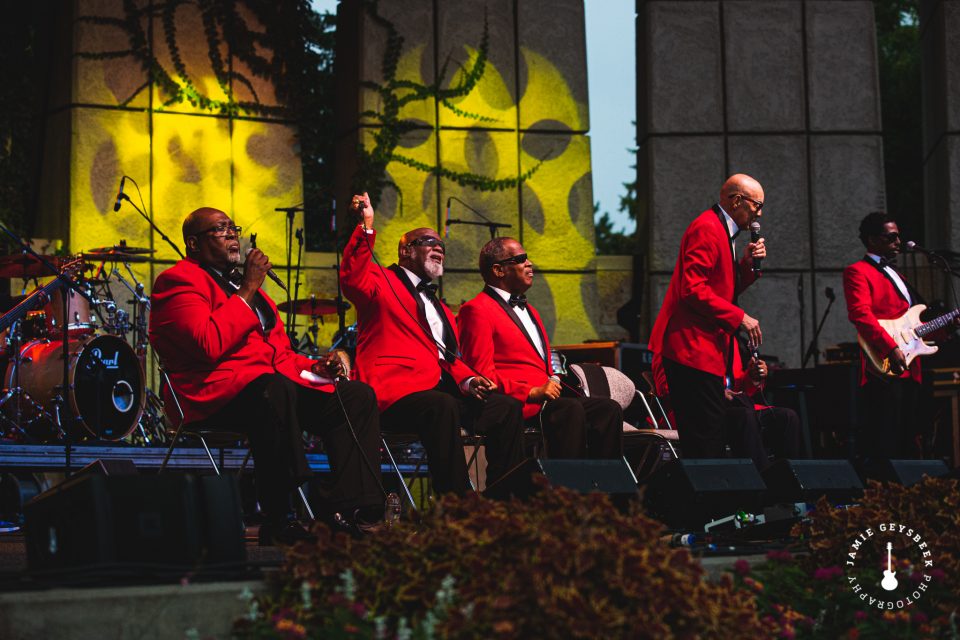 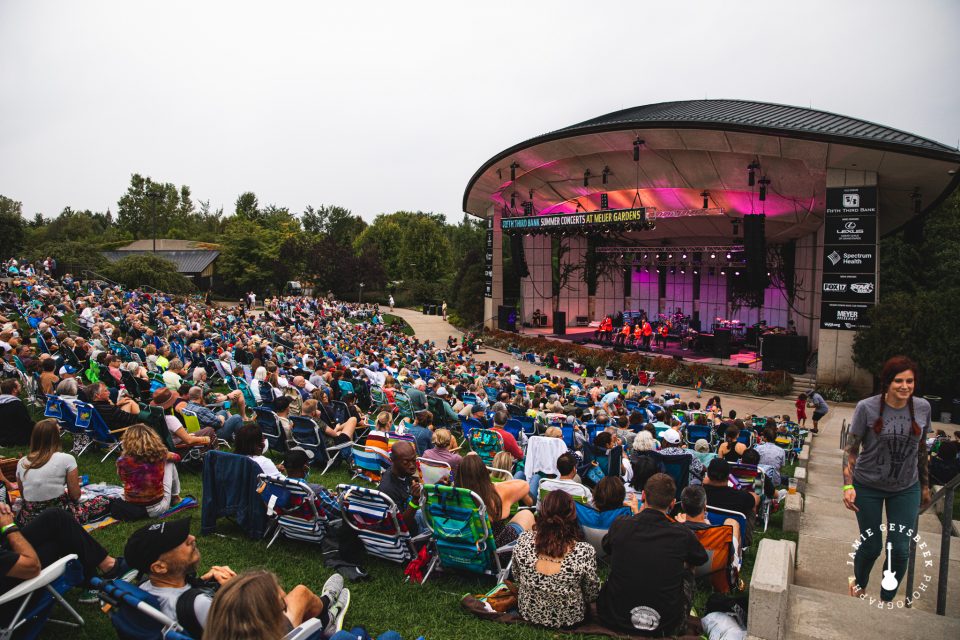 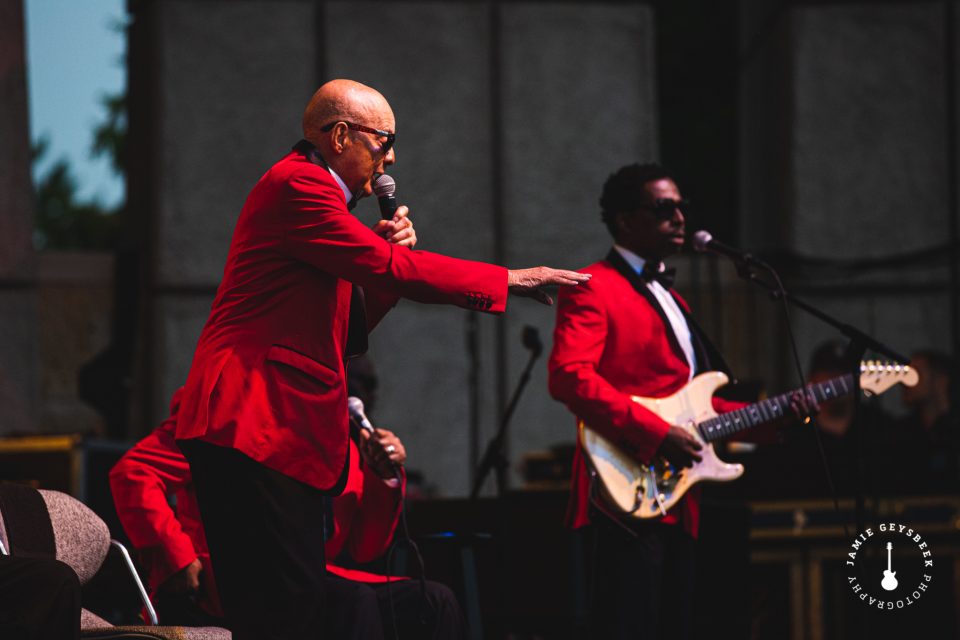 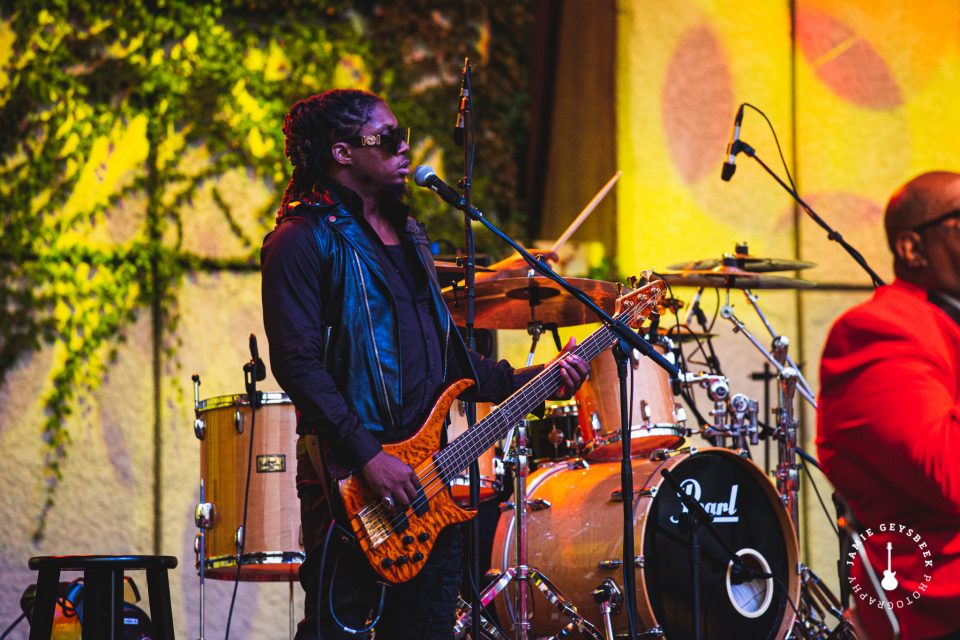 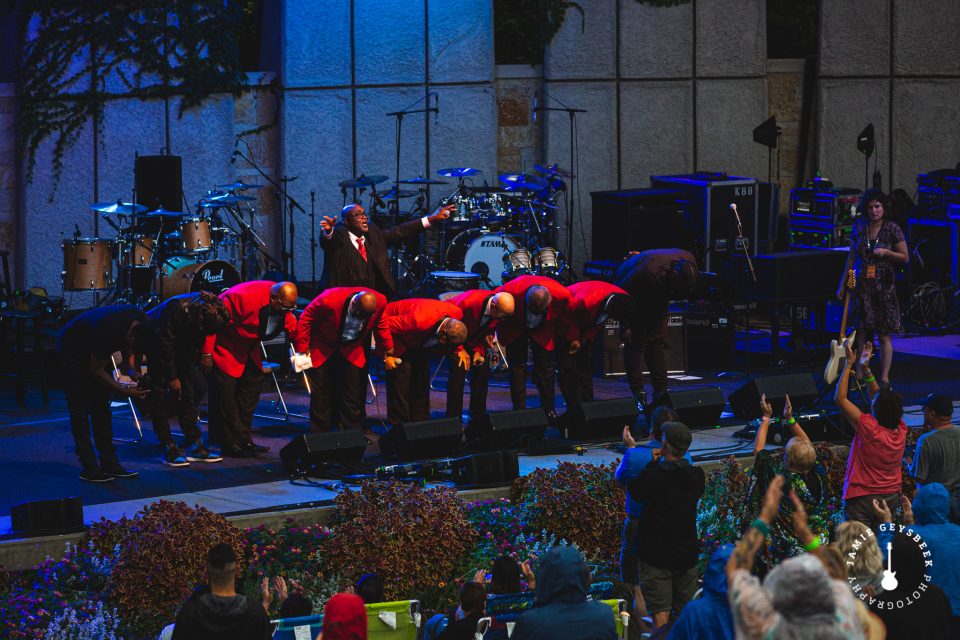