Wednesday’s strong, late-summer storm forced the venue to cancel season’s penultimate show before the headliners could take the stage for their 40th anniversary tour appearance. 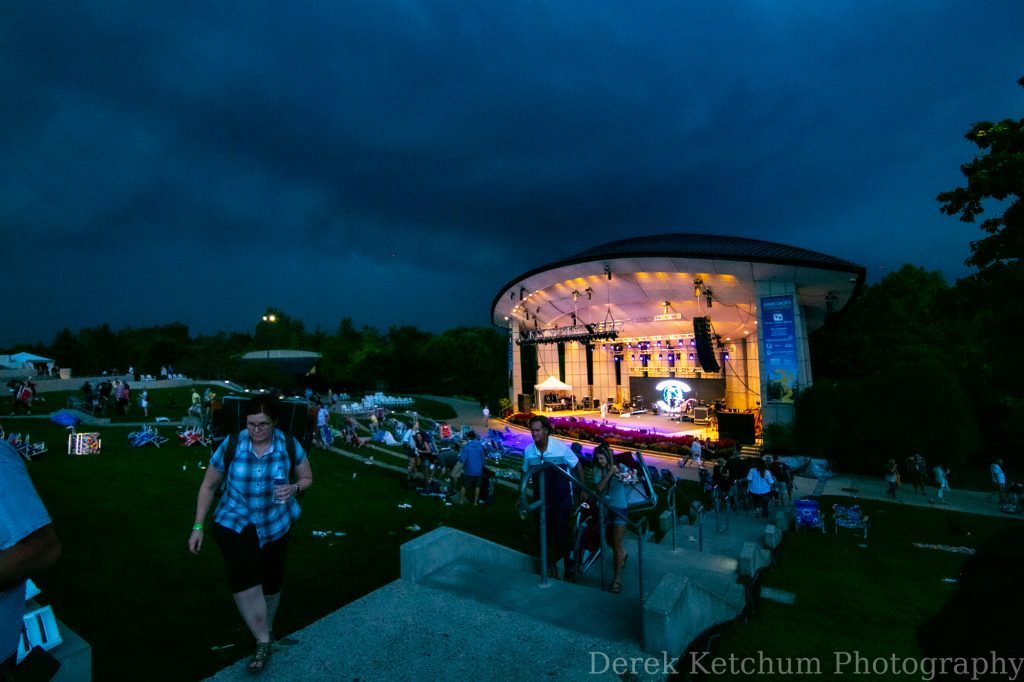 EDITOR’S NOTE: On Monday, Meijer Gardens announced its refund approach for the abbreviated B-52s concert last week. Here’s the statement: “Despite our no-refund, no-exchange policy, as well as circumstances at last Wednesday’s concert preventing the B-52s from taking the stage, we are offering a 50 percent refund of the face value of the ticket (ticket fees cannot be refunded) to those guests whose tickets were scanned. Refunds must be requested by Wednesday, September 25 at 5 p.m. 50 percent ticket refunds are based on face value and do not include fees. In order to obtain this refund, you will need to provide your Order ID, phone number and the last name on your ticket order. Your ticket must have been scanned at the concert. If you purchased a ticket via credit card, please email your Order ID, phone number and last name on the original order to refunds@startickets.com. You must use the email address that you used to purchase the original ticket order with.”

It was the perfect evening for a late-season concert at Frederik Meijer Gardens & Sculpture Park. 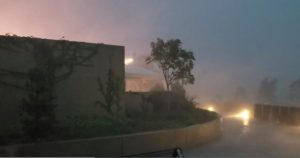 Wind and Rain: The scene at Meijer Gardens after the rain arrived. (Photo/Derek Ketchum)

The nostalgic triple-billed show concluded at about 7:38 p.m., allowing time at least for synth-heavy opening acts Berlin and Orchestral Manoeuvres in the Dark to perform, though the latter’s set was cut about 15 minutes short of schedule.

As skies darkened and winds picked up, OMD lead singer George Andrew McCluskey — who sounded great, by the way — bid the audience a quick, fond farewell as he and the rest of the band were ushered off stage to safety. It’s a shame the British electronic band was unable to complete its set, as the audience was quite engaged in what otherwise was a very solid and much-appreciated performance.

Meijer Gardens’ staff then made a stage announcement that the event was suspended for safety concerns, with a plan to re-evaluate at 8:30 p.m. Guests at the nearly sold-out concert were instructed to immediately proceed to their vehicles or seek shelter at the venue. Less than five minutes later, the skies opened up and climactic hell broke loose. (This was one of the times when, as a reporter and frequent concertgoer, it paid to travel light: no picnic basket, beach chair or cheese board to pack up!)

I have had the good fortune to attend my fair share of Meijer Gardens shows over the years, with mostly great luck when it comes to weather. But I’ve also experienced a handful of atmospheric misfortunes.

I shivered through the appropriately mellow sprinkles that gently fell during John Legend’s 2014 performance.

I raised my arms to the sky in exaltation and embraced the chaos during early-fall squalls that blew through the amphitheater during Tears for Fears’ epic, postponed 2016 show. 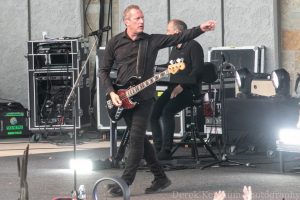 On Stage: OMD before the storm. (Photo/Derek Ketchum)

And I danced like no one was watching through Trombone Shorty’s 2017 soggy but scintillating appearance, even when it felt as though someone was repeatedly pouring buckets of lukewarm bathwater over my head.

I have seen from experience that the rain-or-shine venue does not shy away from a little precipitation. So when the party “paused” before the guests of honor could even take the stage, I trusted that something bad was on its way. Indeed, the storm that abruptly ripped through West Michigan on Wednesday evening left property damage, power outages and many a downed tree in its wake.

As of 8:04 p.m. Wednesday, the National Weather Service reported a suspected — though not-yet-verified –tornado in the Lowell area. Tornado sirens were audible from the Meijer Gardens parking lot, where my friend and I waited until 8:40-ish p.m., when we received official word of the cancellation.

It’s worth noting that while some guests left as soon as the first announcement was made, many fans remained in the parking lot; most of them safely in their cars (as instructed).

In the wake of the show-ender, several fans inquired about refunds via the show event listing on Meijer Gardens’ Facebook page.

“Guest safety is our main concern at this point and we will have more information tomorrow,” said John VanderHaagen, Meijer Gardens communications director, when reached for comment Wednesday night.

The venue will share updates via social media or email as available. 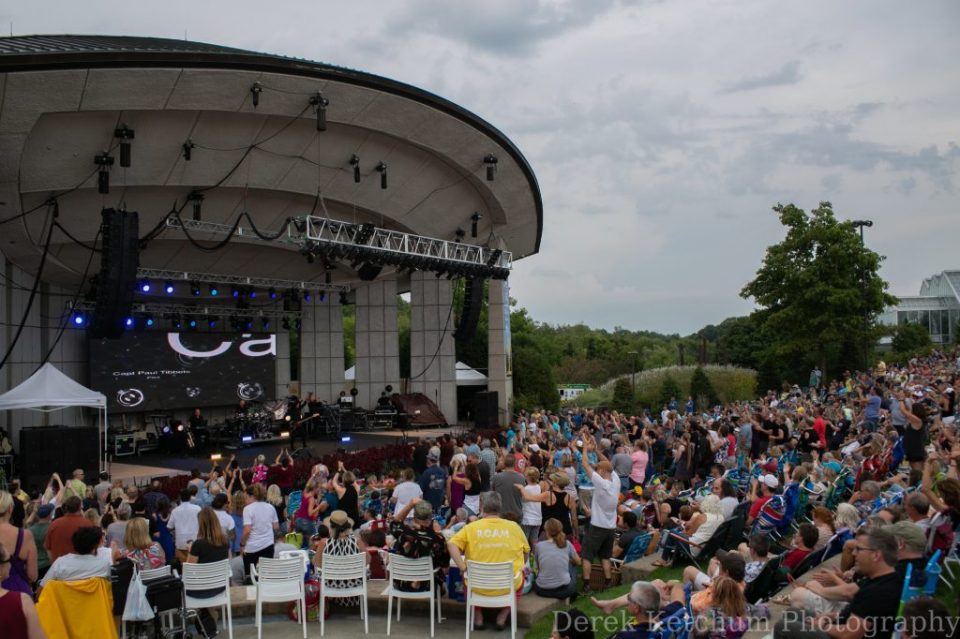 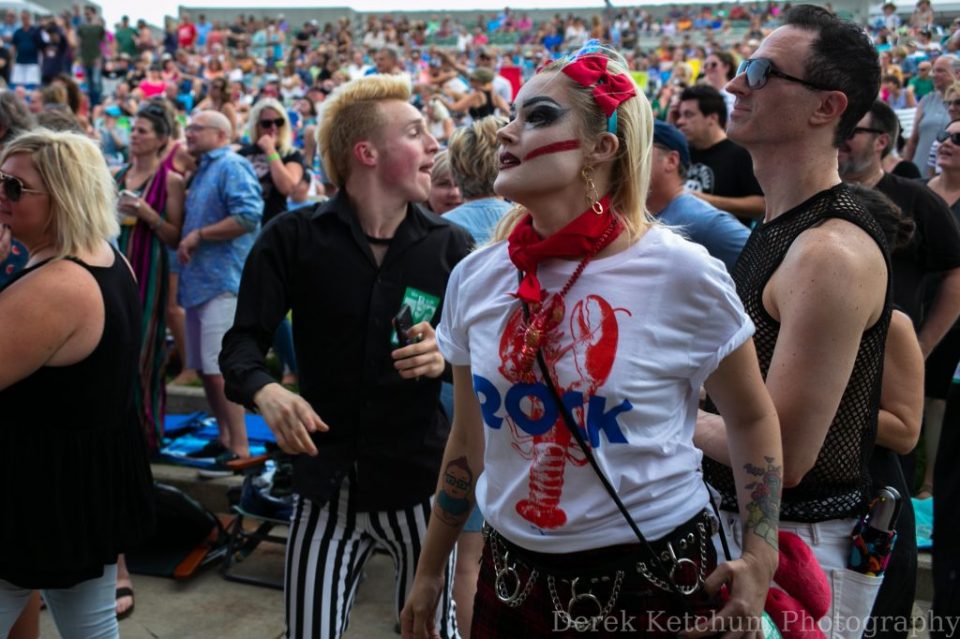 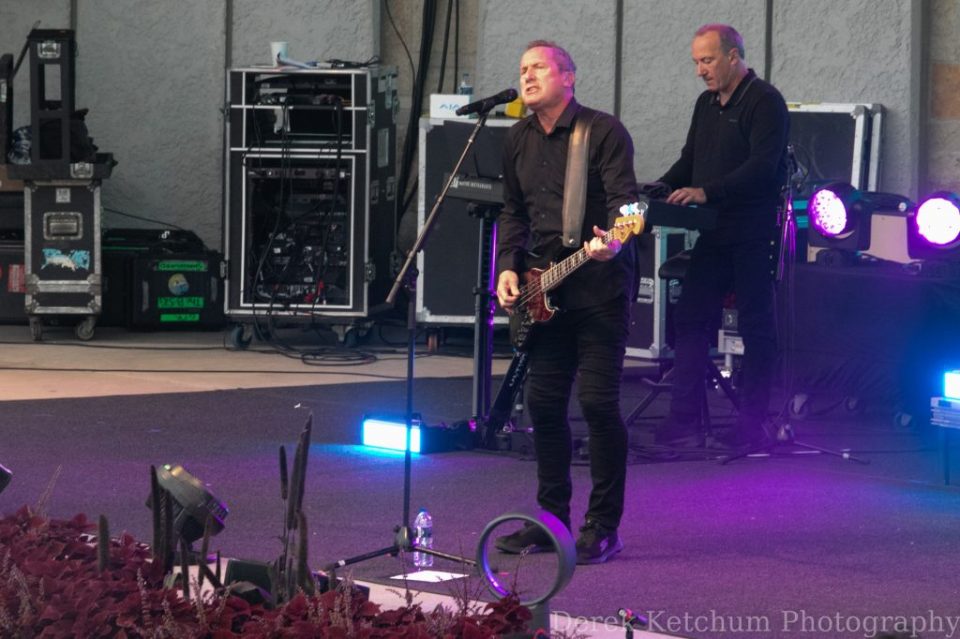 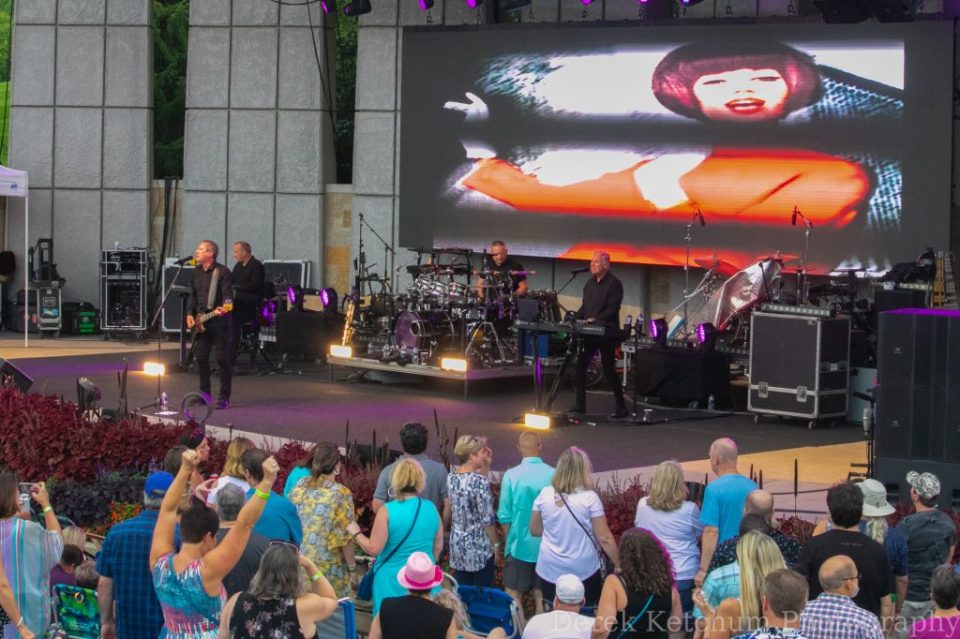 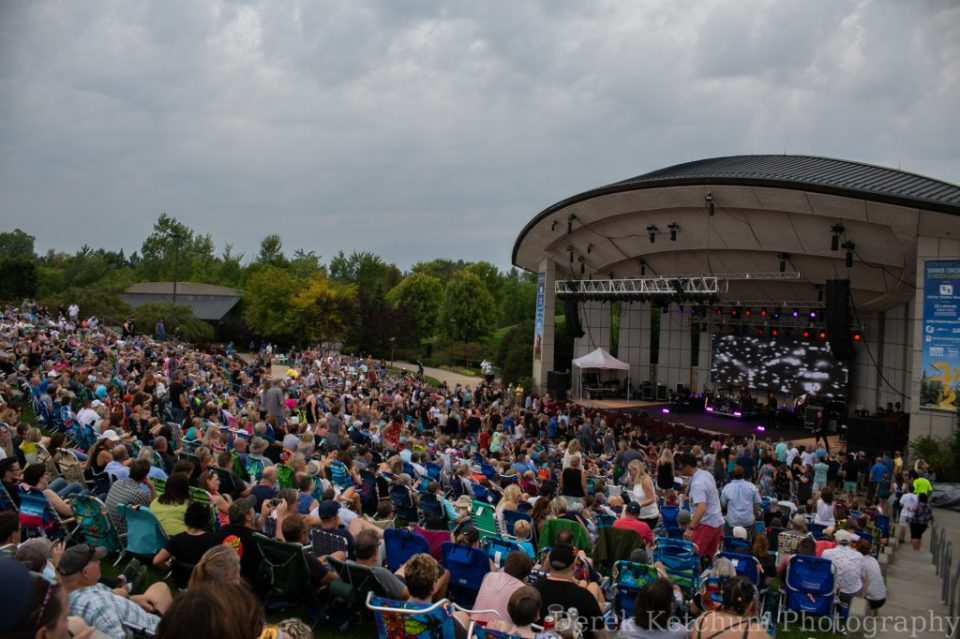 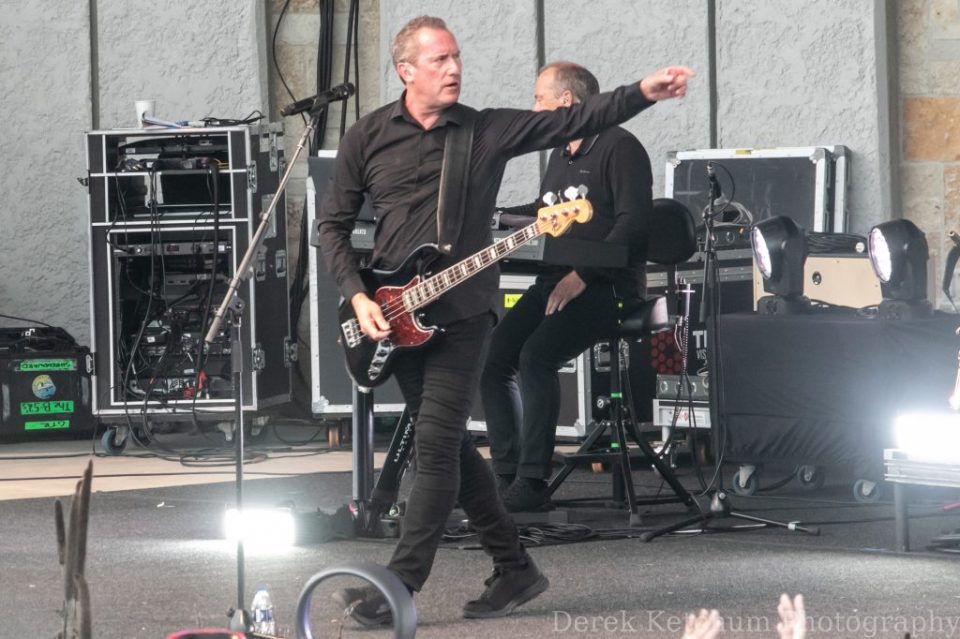 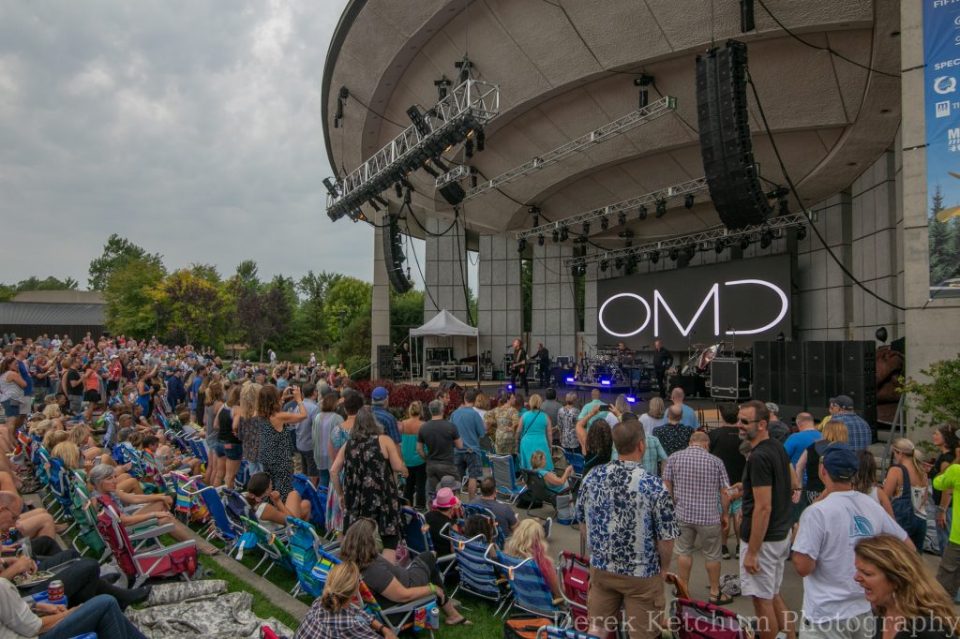 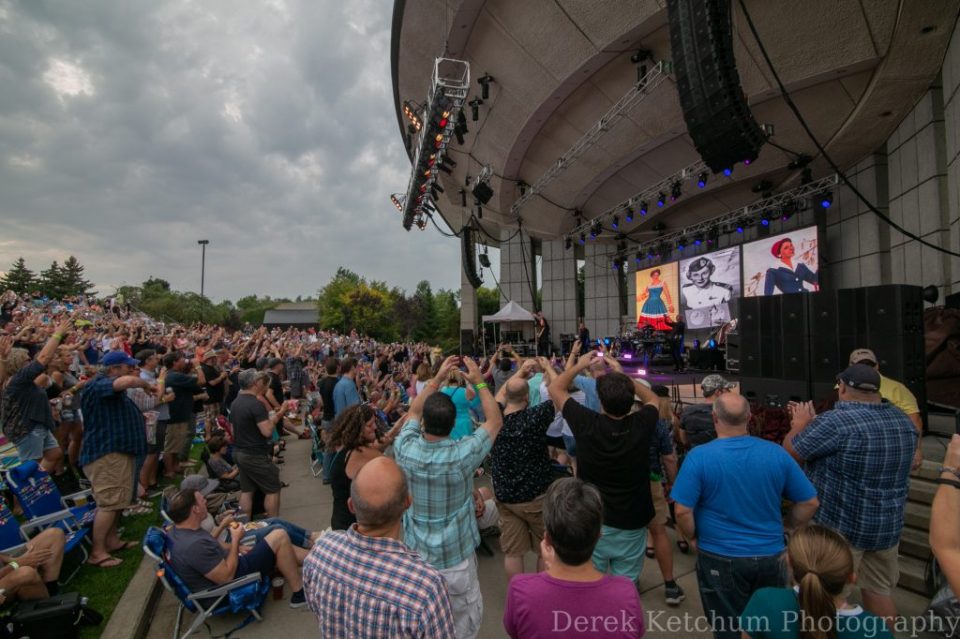 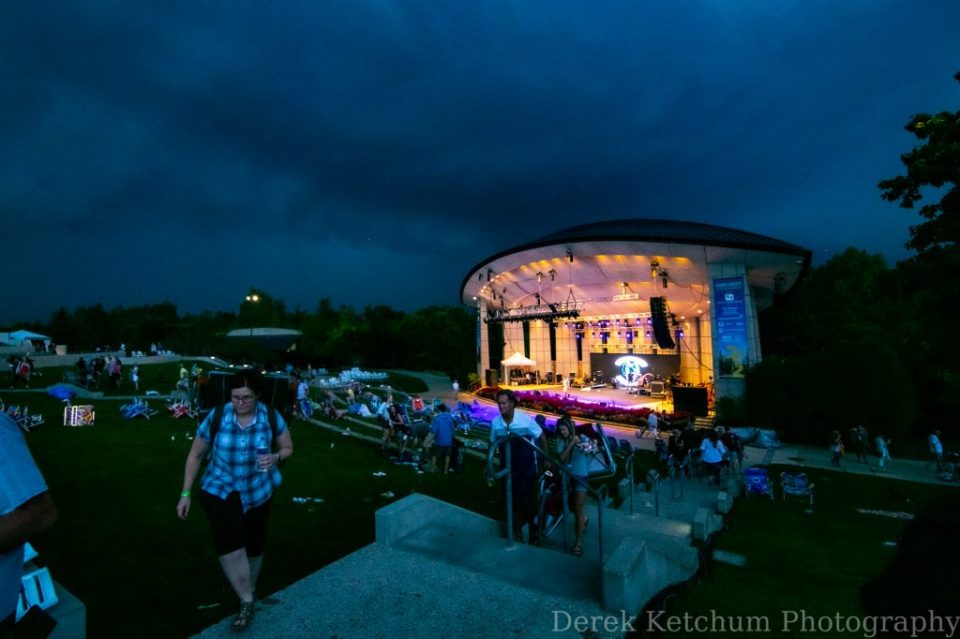 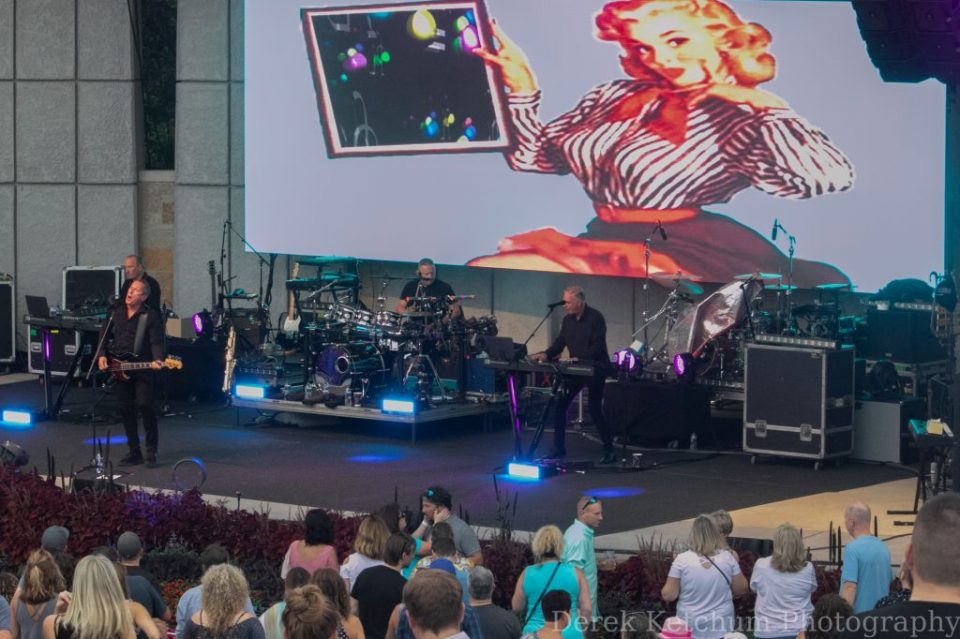 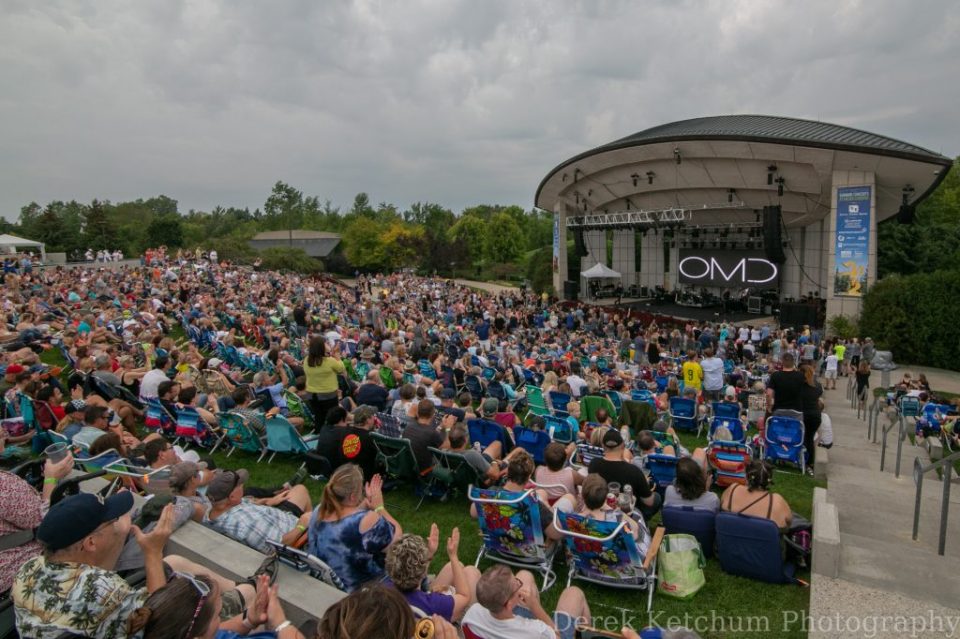 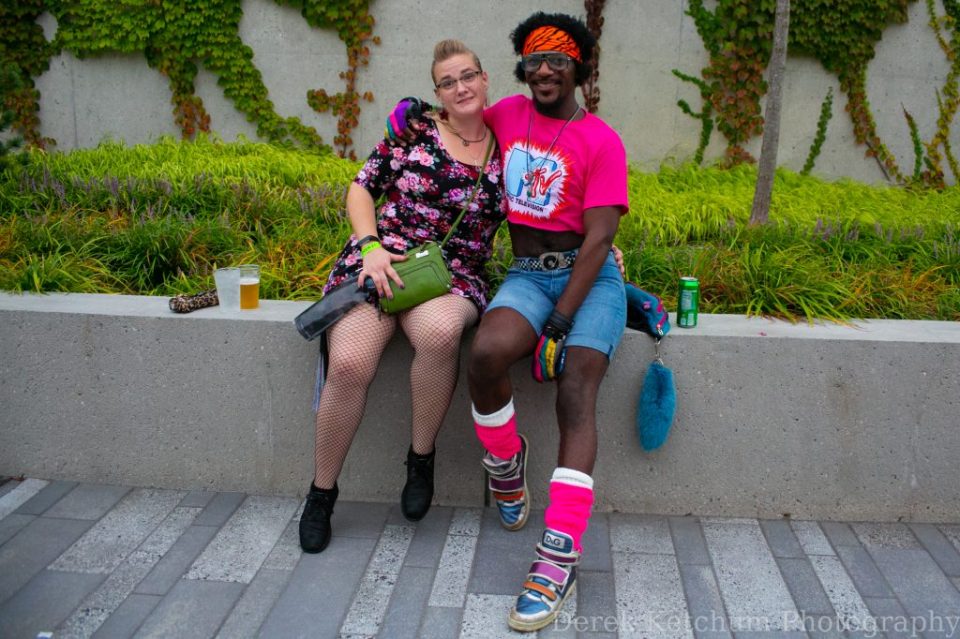 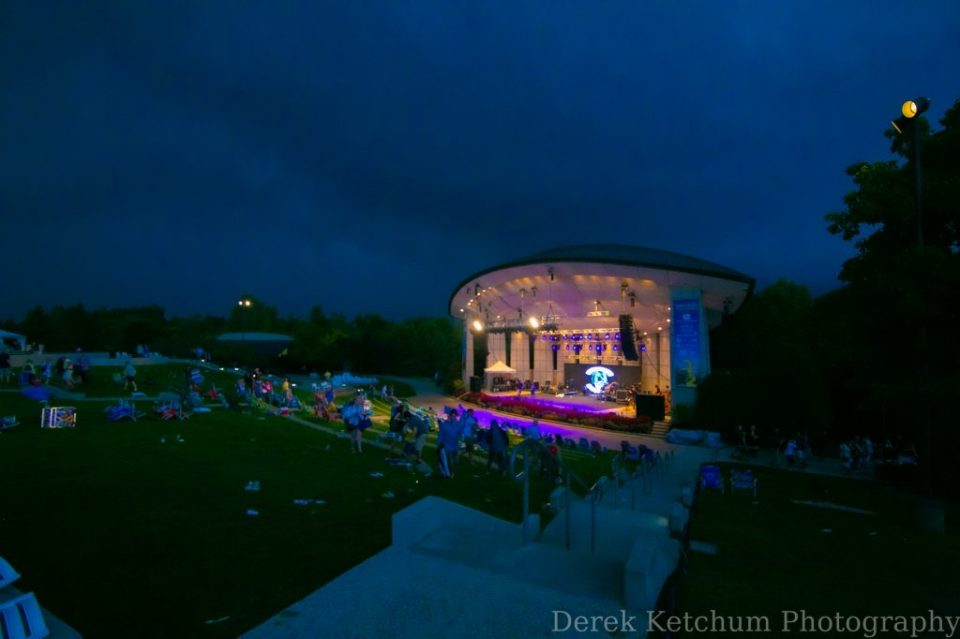 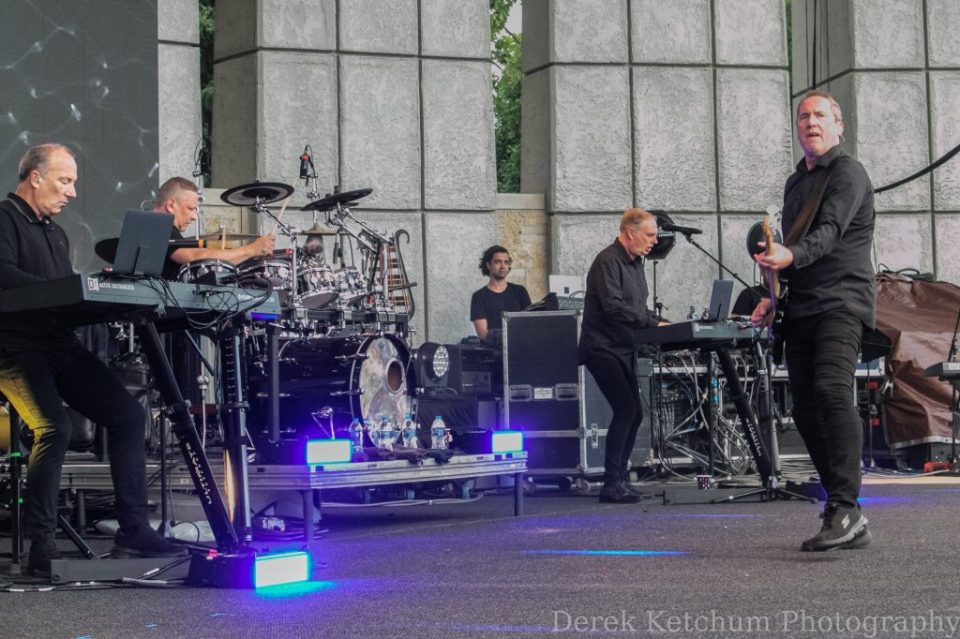 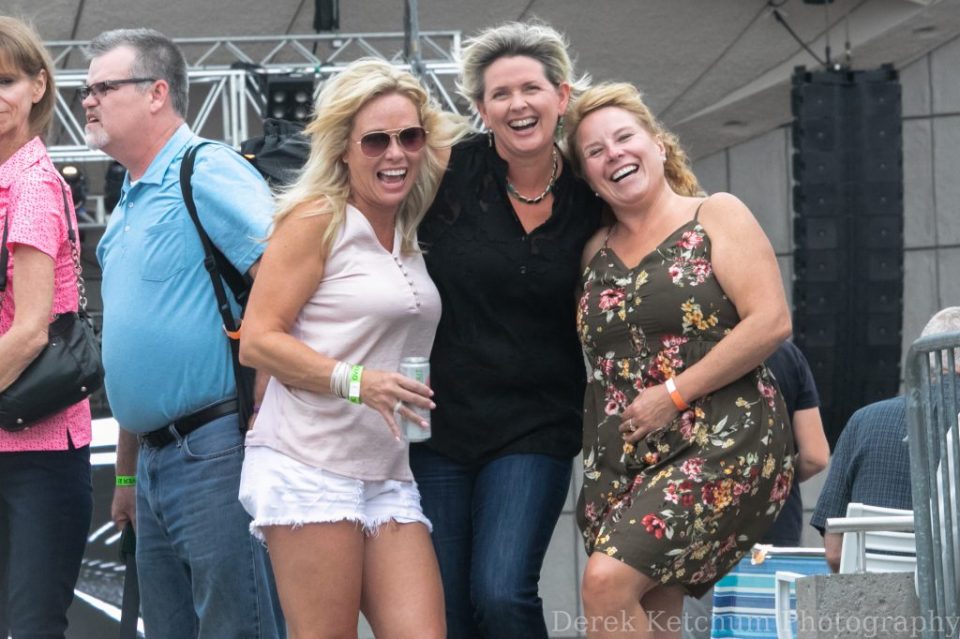 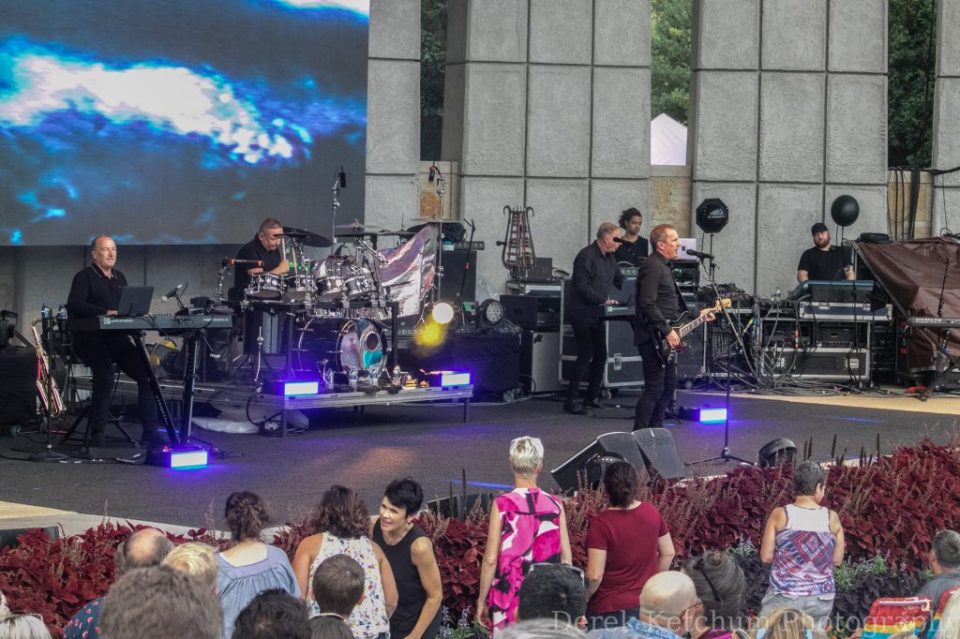 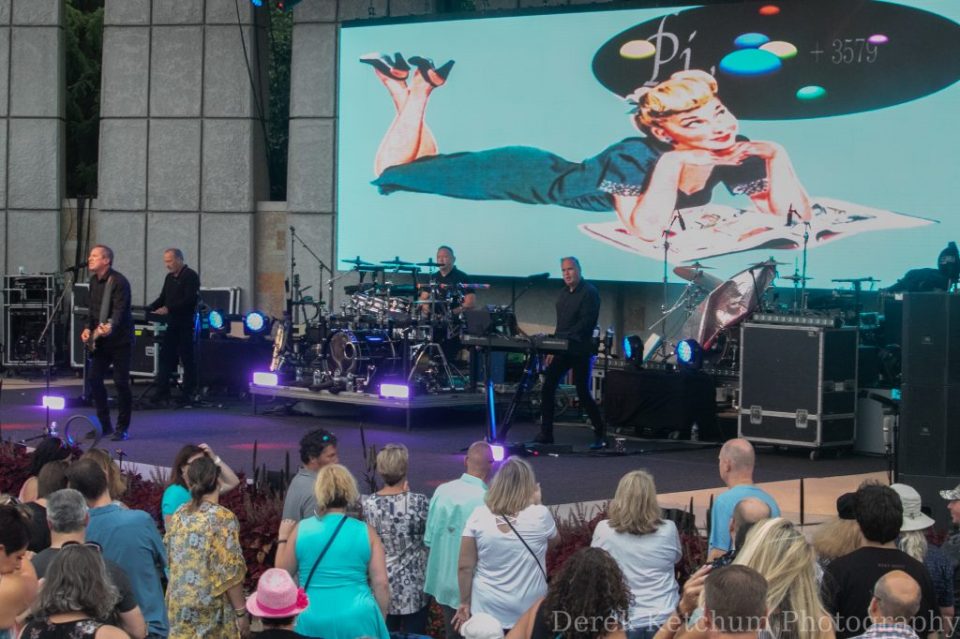 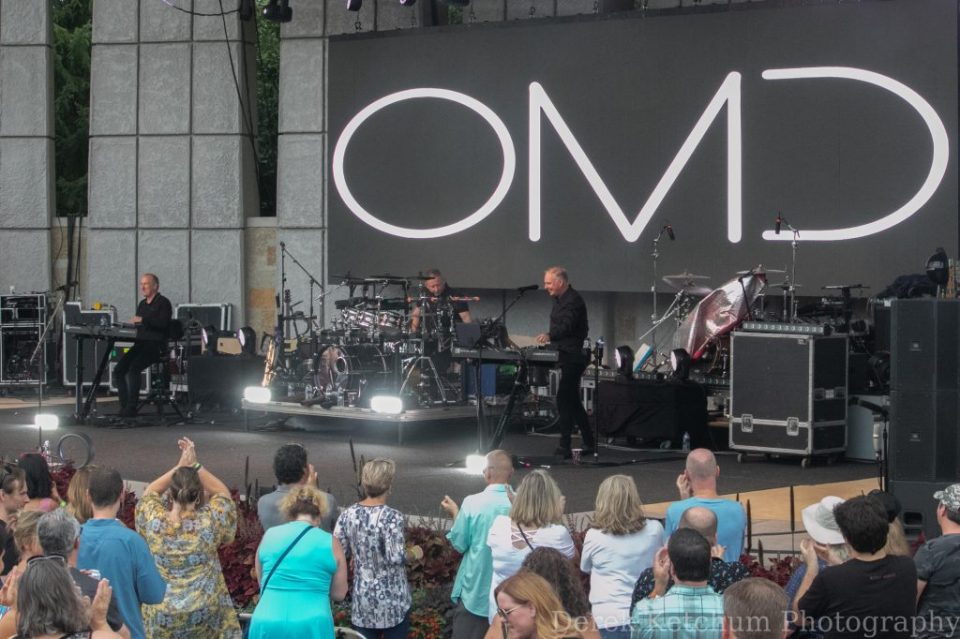 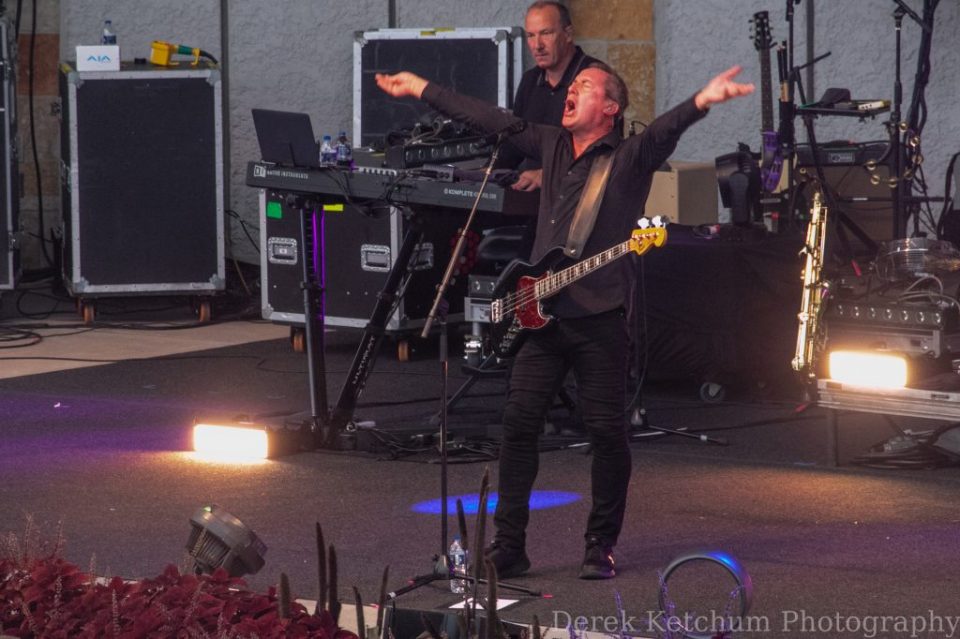 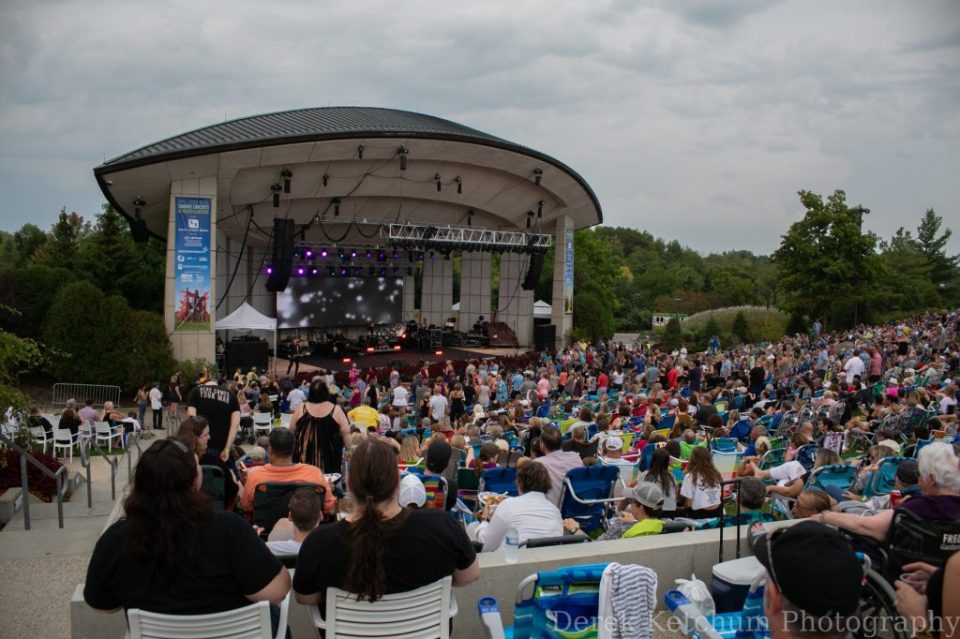 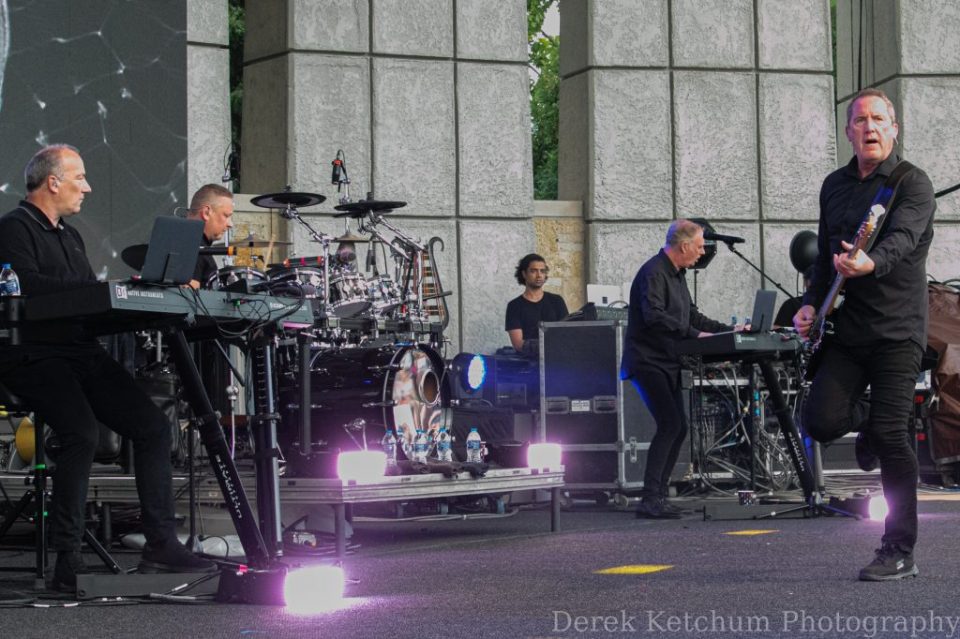 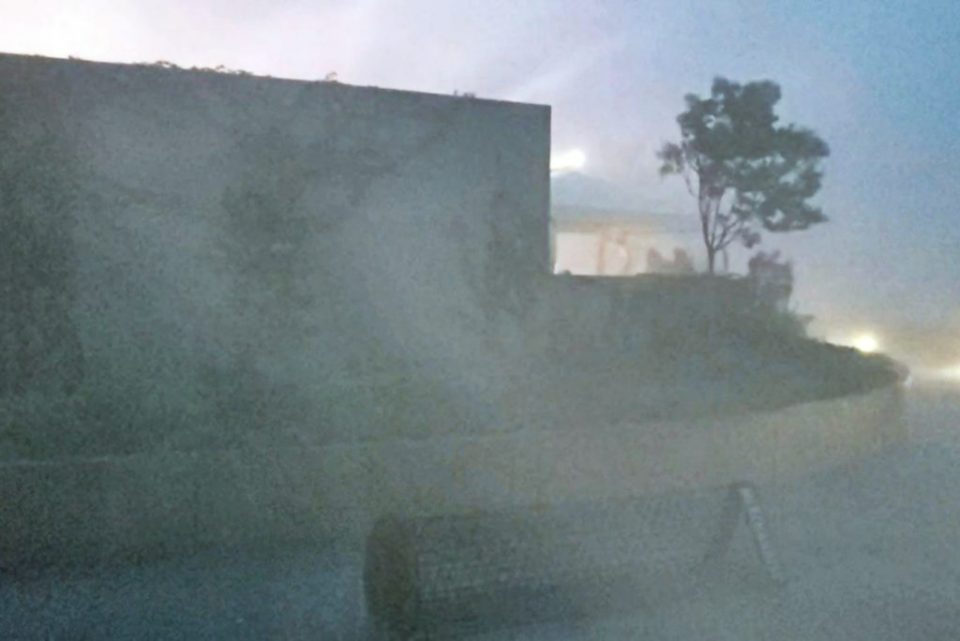