The Detroit singer reveling in a breakout year on the pop scene brought his “From Tour With Love” to 20 Monroe Live on Thursday, beguiling enthused fans with “Straightjacket,” “Sad Still” and other hits. 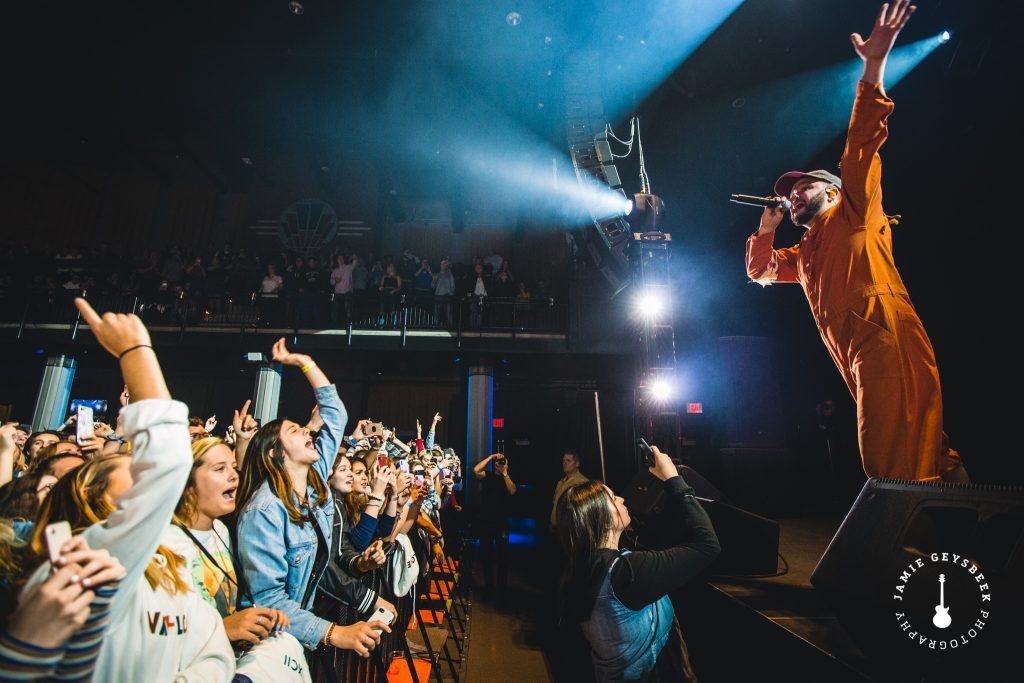 The 26-year-old singer-songwriter has blurred the lines between hip hop, pop, reggae and electronic dance music throughout his short career, and his studio efforts have garnered much praise from critics.

But on Thursday night, he let loose and proved to a captive, capacity crowd at 20 Monroe Live what he’s really capable of on the stage. 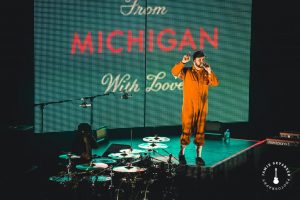 Sharing the Michigan Love: Quinn XCII made plenty of references to his home state. (Photo/Jamie Geysbeek)

Openers Christian French and Ashe had set an appropriate tone for the night with their sets, leaving the crowd on edge waiting for the headliner to take the stage. And shortly before 10 p.m., the night exploded in flashes of lights, strobes and on-screen graphics as Quinn hit the stage with “Sad Still.”

Currently touring behind his sophomore full-length album, “From Michigan With Love,” Quinn didn’t hold anything back from his home state audience.

The beats hit harder on the stage than in the studio, and with Quinn standing on an elevated platform, he became a part of the animated background. His voice was in rare form, adding impromptu shoutouts to Grand Rapids and the state of Michigan as he bounced around the stage in his orange jumpsuit. He made sure the audience felt that energy, shouting and directing them to dance and raise their hands.

And he gave fair warning of his epic stage dive during Belinda Carlisle’s 1987 hit, “Heaven On Earth,” giving the audience clues as to when he was going to launch into the crowd.

“Sometimes these have been successful,” he laughed. “I’m hoping my hometown can help me out. I just need to know where I should go.”

SENTIMENTALITY AND A CLEAR CONNECTION TO HIS WEST MICHIGAN FANS

What followed was a nearly nonstop, sing-along, dance party. Only during during Quinn’s slower-paced songs, such as his acoustic rendition of “Panama,” did the dancing ebb. For this, the spotlight came on and cell phone flashlights went up.

During that stripped down version of “Panama,” the concert also took a sentimental turn. As the wild party atmosphere shifted to a more contemplative, intimate mood, Quinn unfurled the deeply personal song about losing his grandparents.

And Quinn shared in the Michigander love that seemed to overflow throughout the night. “(Grand Rapids has) probably the biggest supportive fans from all over the country,” he insisted. 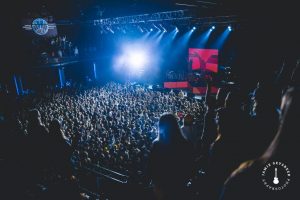 He may be right, too: Tickets to the show were in high demand. And as a Michigan artist, Quinn and the crowd clearly had a connection — a mutual love for each other and for the new tunes from his latest album, “From Michigan With Love,” and older songs he played. But they seemed to reserve their most enthusiastic response for 2016’s “Straightjacket,” from Quinn’s debut album, “The Story of Us.”

“My first experience of him performing was mesmerizing, never thought I could be moved by a performance but then I was,” remarked fan John Polakowski, who was attending his first Quinn XCII show with other longtime Quinn fans who eagerly identified every song from the first chord.

Quinn displayed a knack for connecting with the audience, and more often than not, he would stop in between songs to give a quick back story as to why a particular track was written. Before singing “Life Must Go On,” a track he co-wrote with Jon Bellion, he bared his soul to the audience in a moment of transparency.

“This song means a lot to me because it helped me get through a tough time — and I’m still getting through it,” he said. “I want you to know that I love you guys. Everyone in this room has a tomorrow if you guys want one.”

It proved to be the theme of the evening. Quinn’s frequent expressions of gratitude and call-outs to West Michigan staples such as Yesterdog made it clear he was happy to be back in his home state, a feeling the audience clearly reciprocated — making him seem like an extremely talented peer rather than a mysterious superstar.

Indeed, after “Panama,” he disappeared into the crowd and resurfaced near the sound booth to play his 2017 hit, “Straightjacket.”

No more than a few feet from his screaming fans, it felt like a proper welcome home. 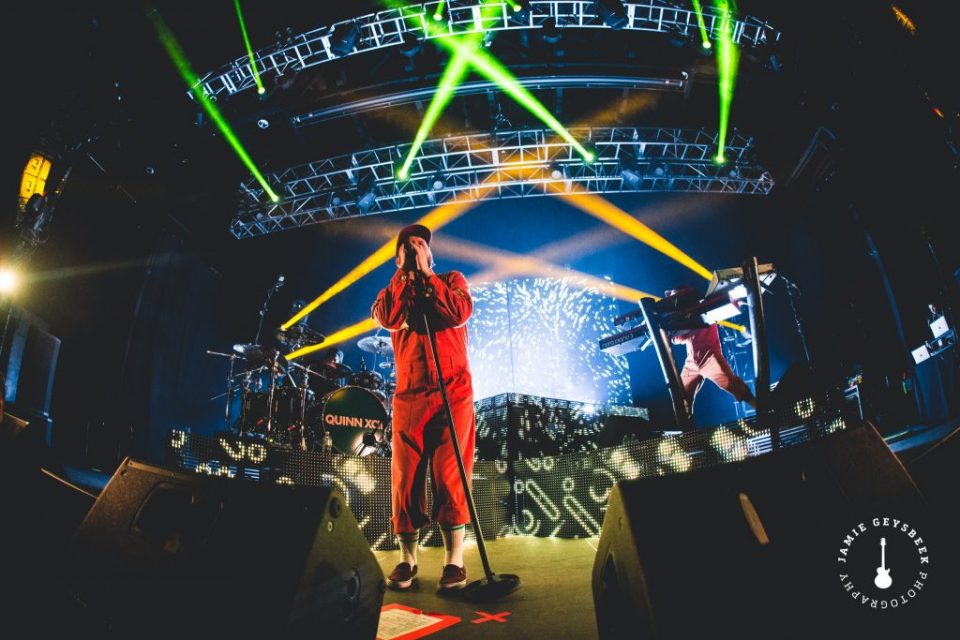 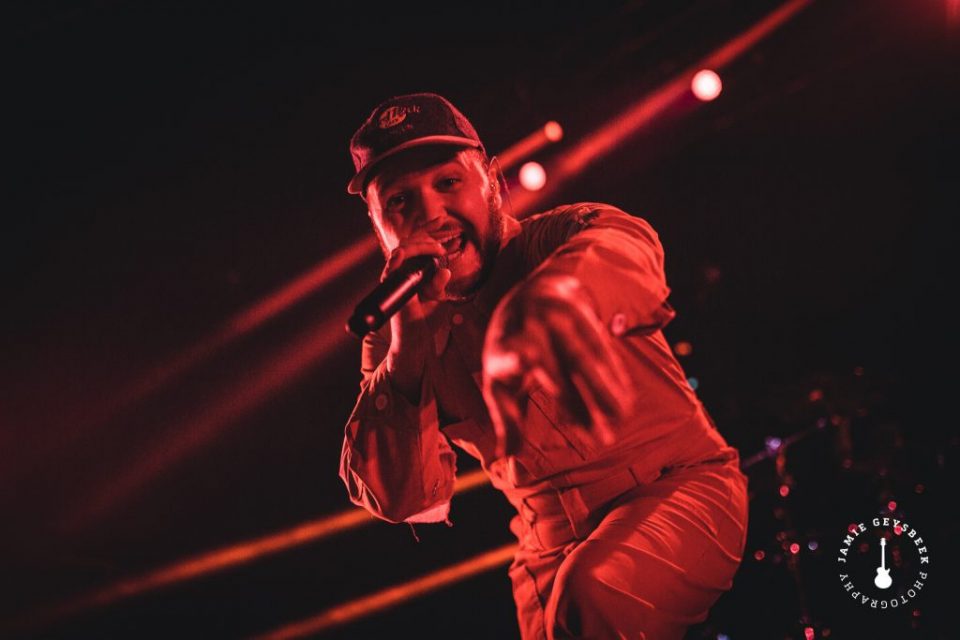 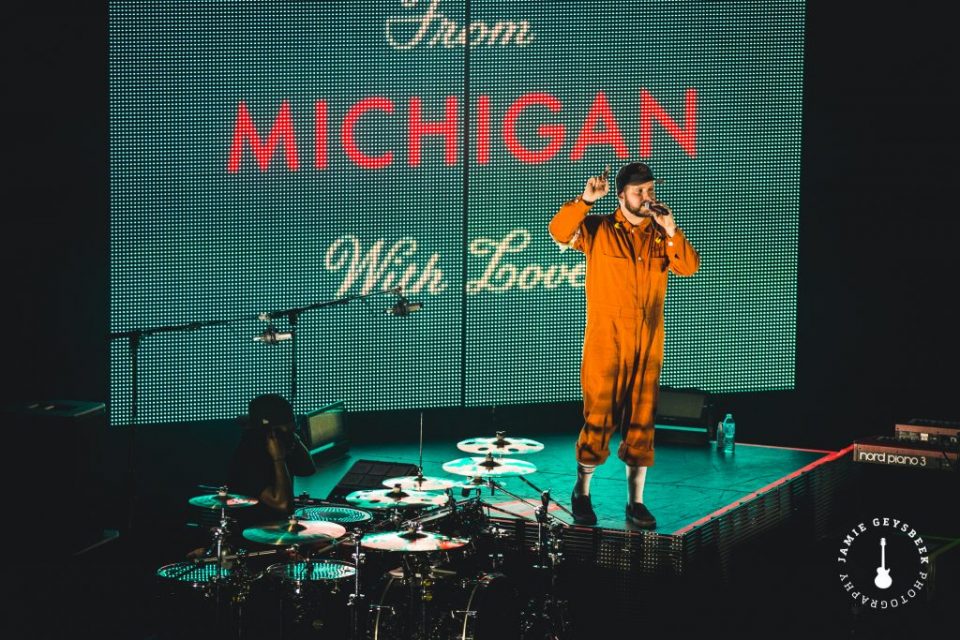 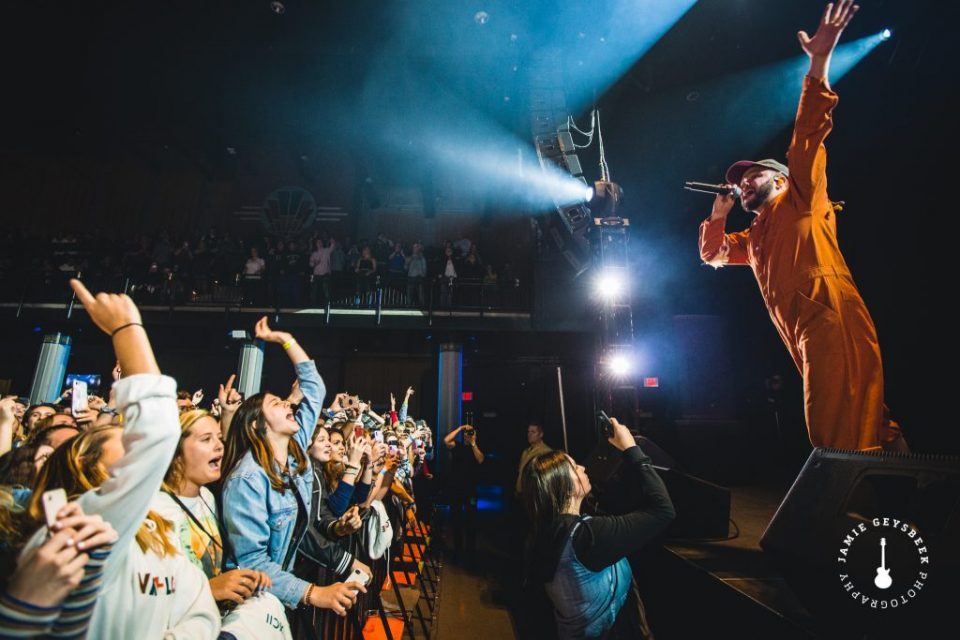 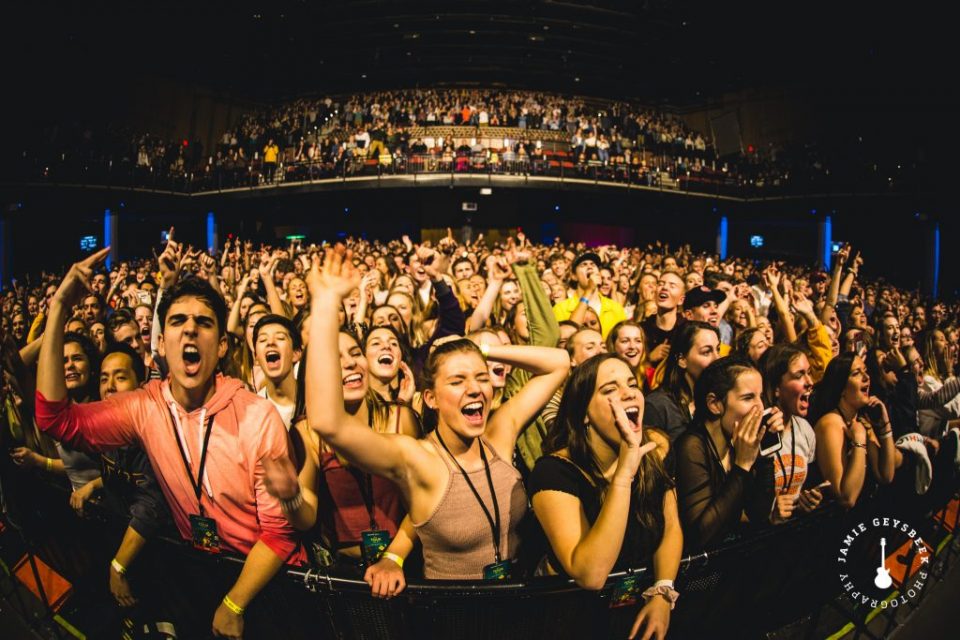 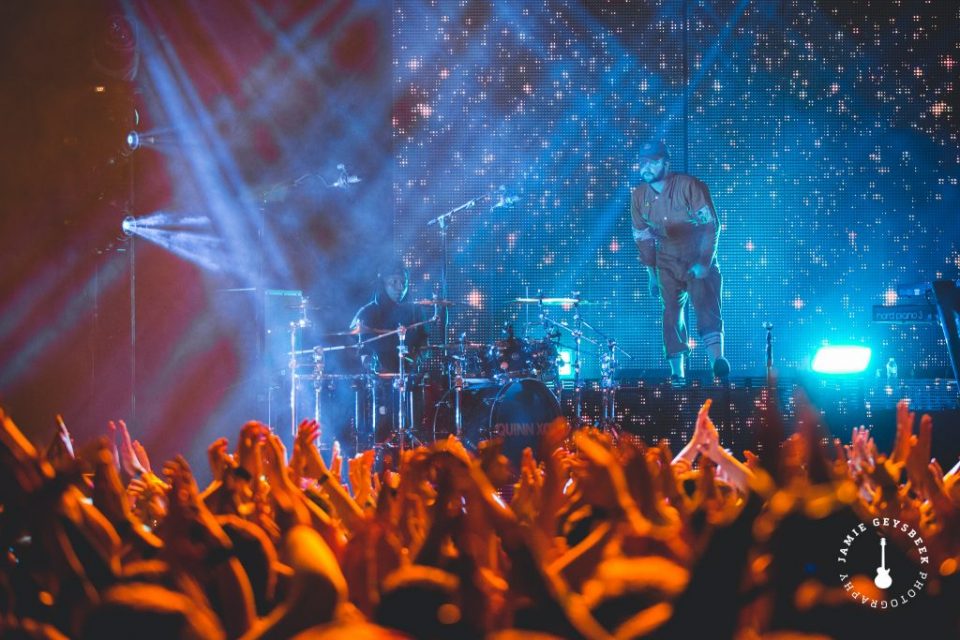 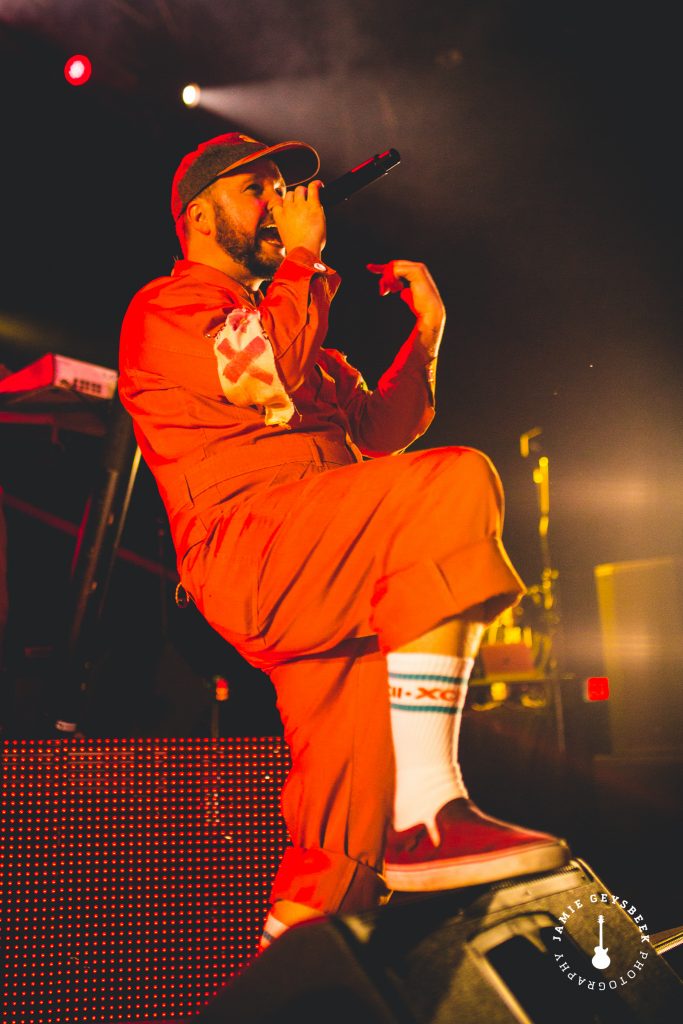 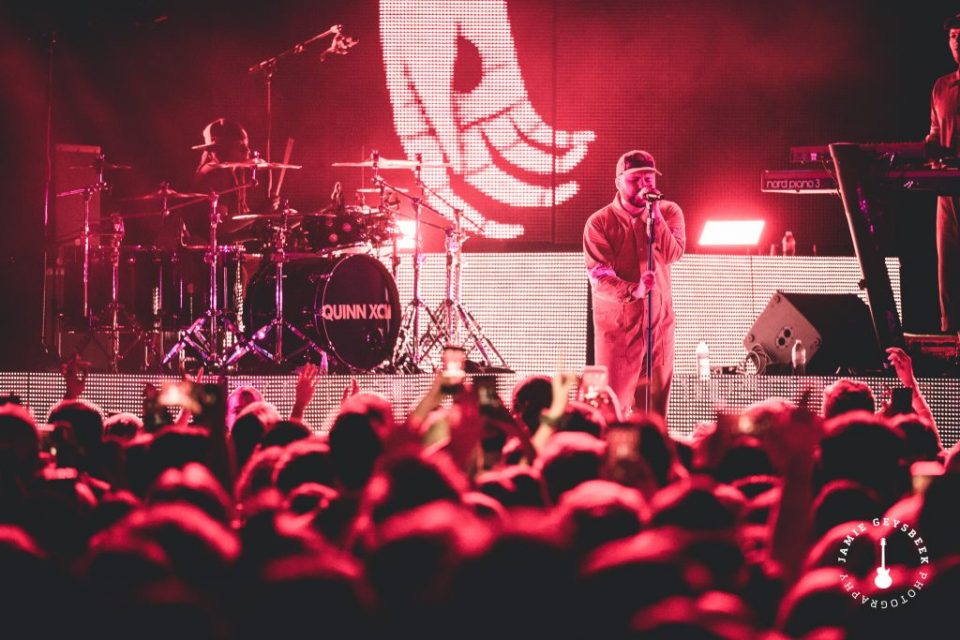 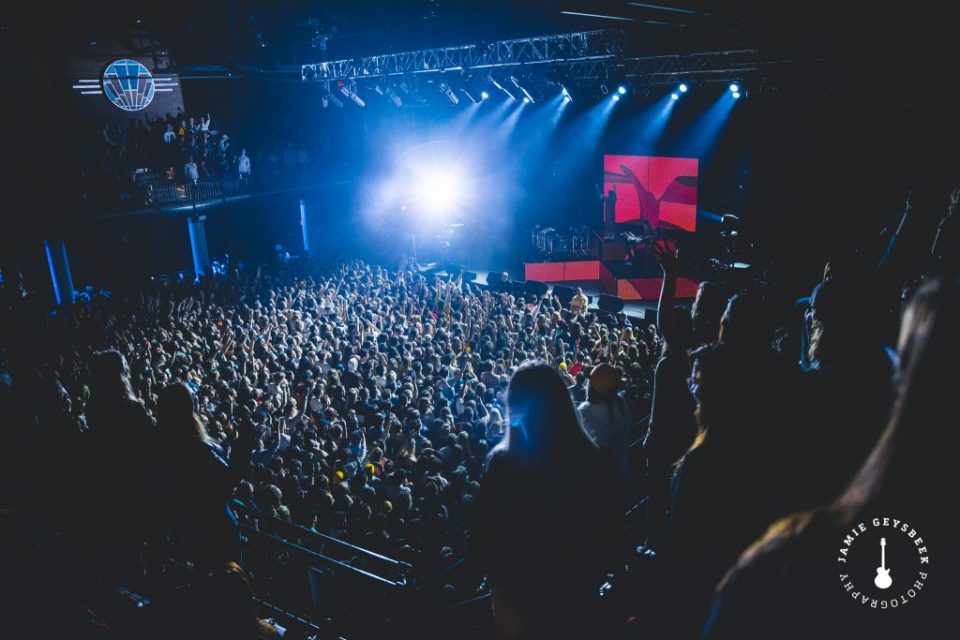 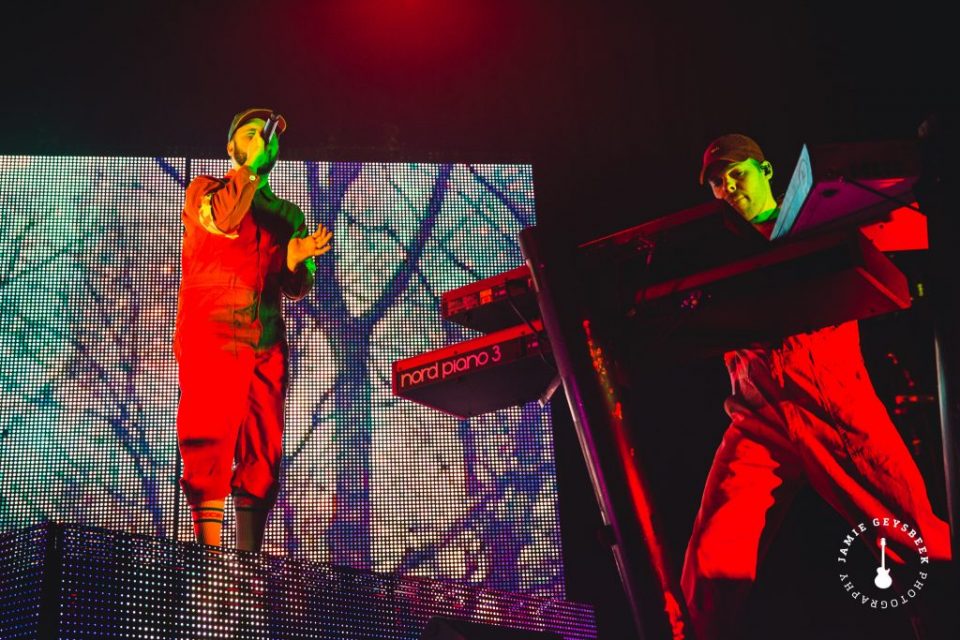 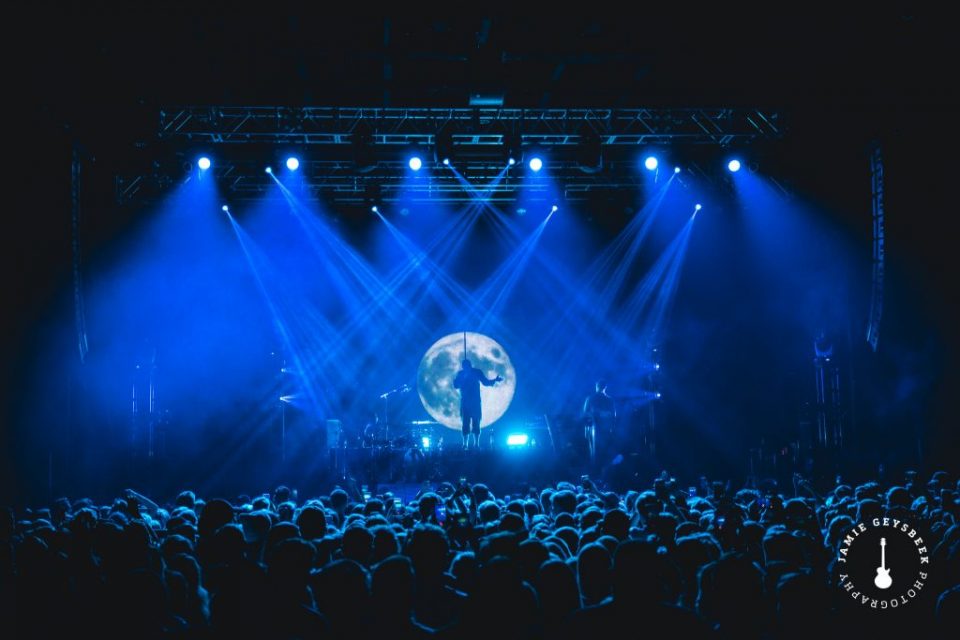 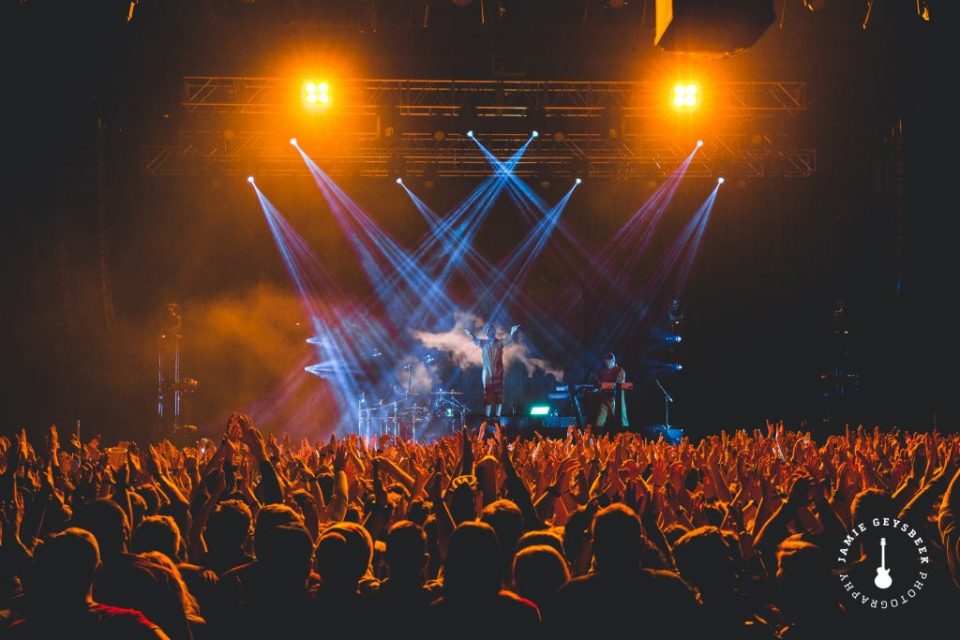 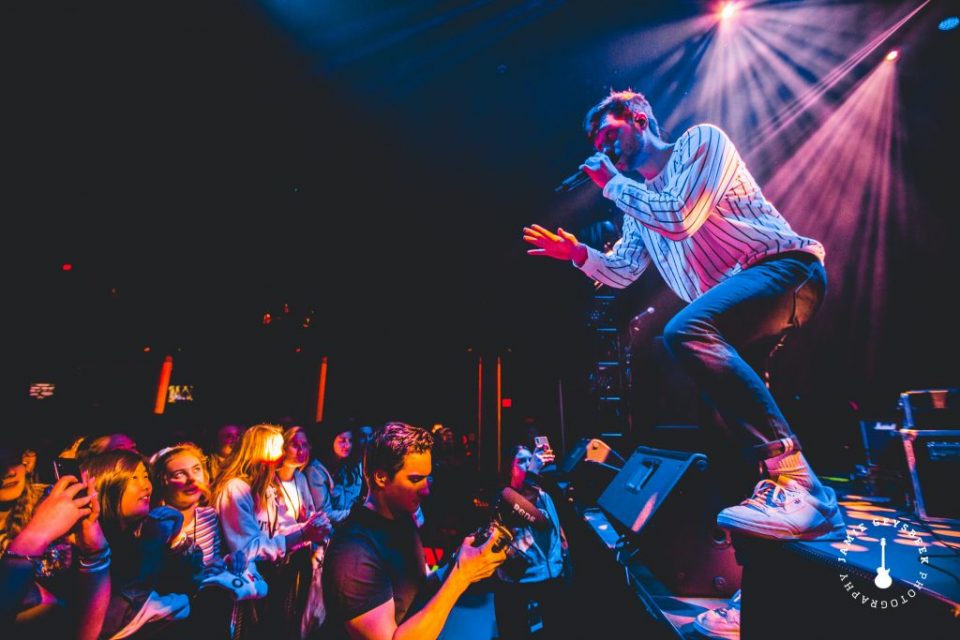 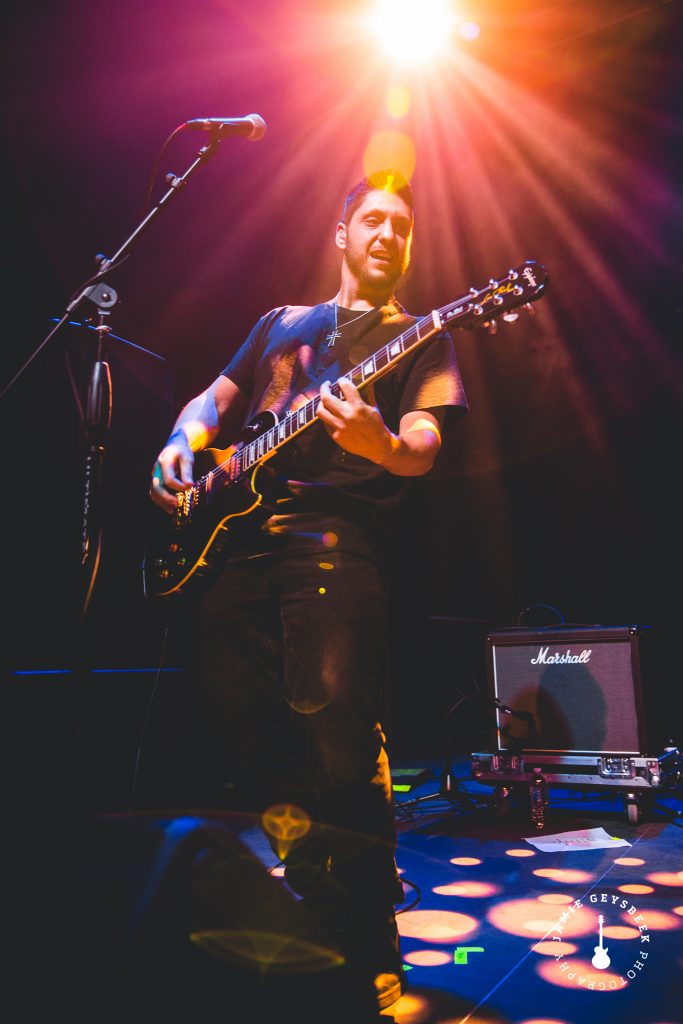 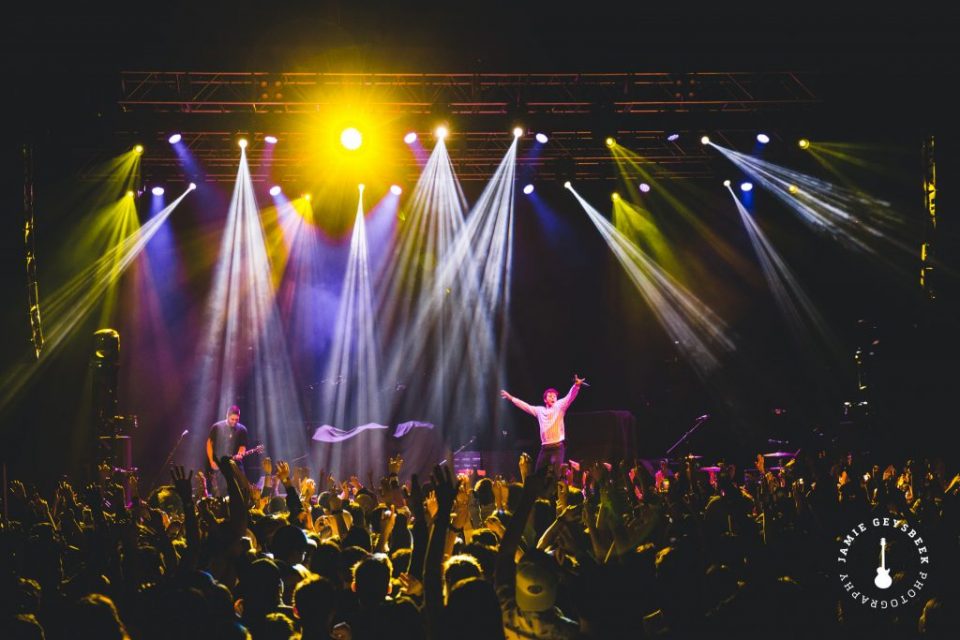 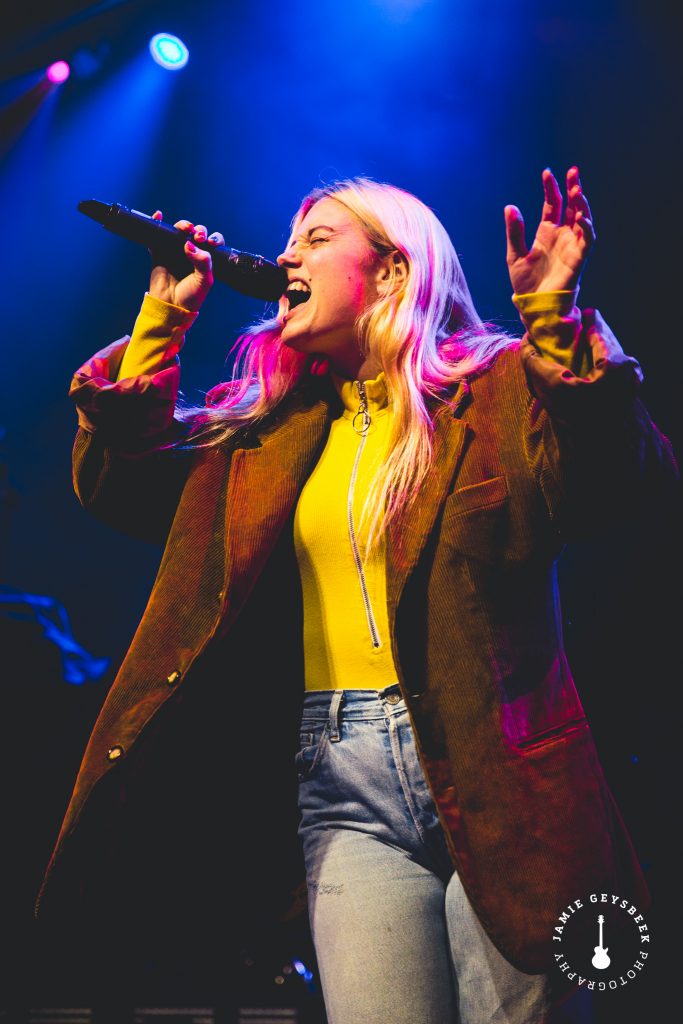 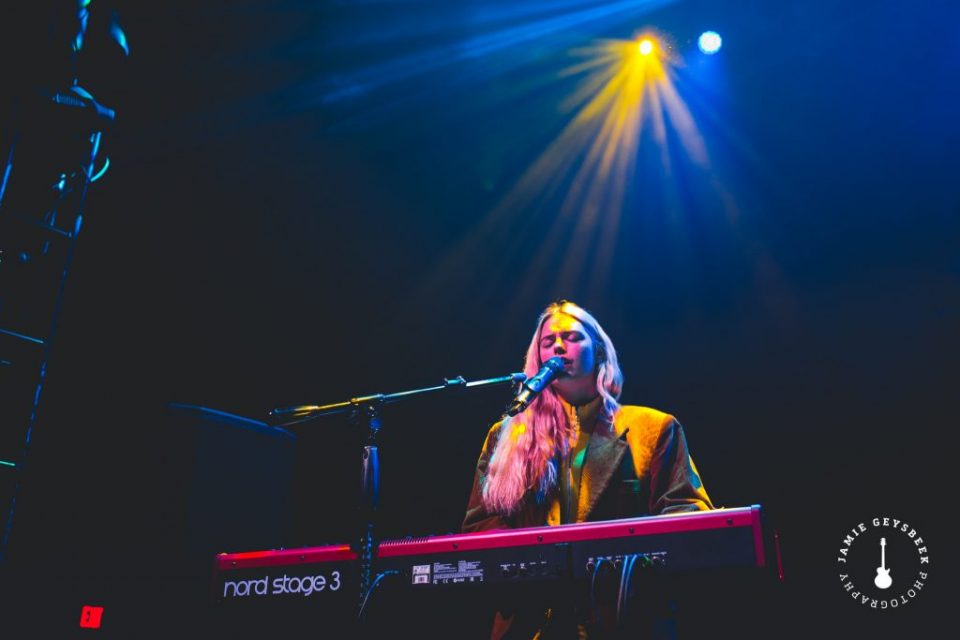 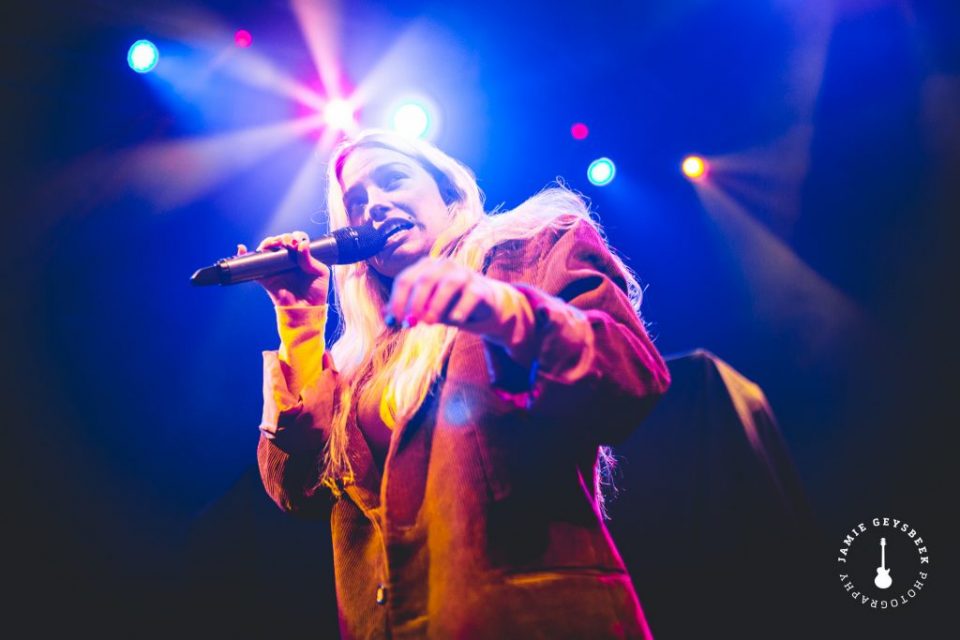