Battling cancer, the multi-instrumentalist responded with an epic project featured by Local Spins on WYCE, which also debuted tracks by Seth Bernard, Tobin Sprout, Ernie Clark and other Michigan stars. 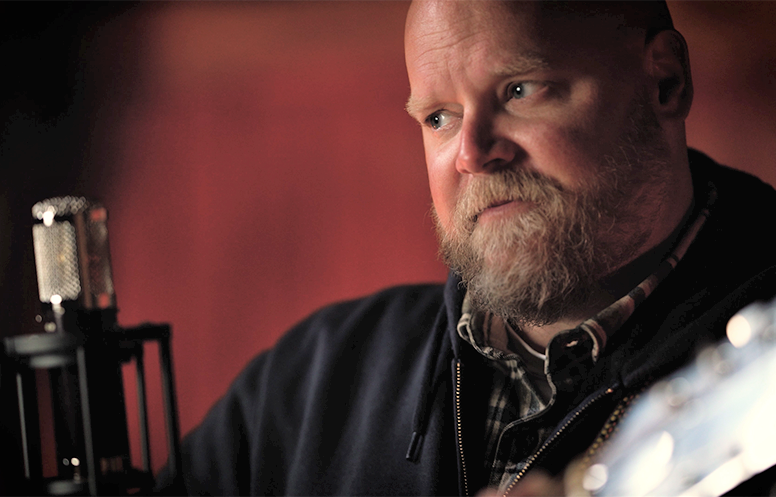 A friend’s description of the genre-melding debut concept album crafted entirely by Kalamazoo musician Paulie Cohen says a lot about this extraordinary project.

“I asked an early supporter of the project what he thought I should put for the genre and he said, ‘Cancer,’ since it’s varied and pretty emotional,” Cohen recalled.

“Sometimes it’s quiet and folky, sometimes it jams, sometimes it’s dark and intentionally dissonant, sometimes it’s rock or funk. It’s a pretty epic adventure that mirrors many of the emotions I was processing and it was designed to be listened to with headphones on in one go.”

Diagnosed in September 2020 with aggressive B-Cell Lymphoma, Cohen responded by performing and recording his “one-man-band” album, “The Senary,” that unfolds as a continuous piece of music told from the perspective of 10 characters from his favorite ‘80s movies.

He did it while enduring several rounds of chemo treatment that sapped his energy after receiving the jarring news of his condition.

“For me, it just really pressed the gas on making sure I made some music, and make sure I occupied my brain with something other than fear. It was wild. It was ambitious,” said Cohen, 42, who grew up outside Flint, influenced by a guitar-playing father with a penchant for classic rock and Motown music.

For this week’s edition of Local Spins on WYCE, Cohen spotlighted the tracks “This is the City” and “Move the Thing” from “The Senary.” Watch a video of Cohen performing the song, “Forgot to Call,” from the album here and scroll down to listen to the entire radio show.

After spending time in Idaho, Cohen and his wife returned to Michigan to start a family, settling in Kalamazoo. They have a 9-year-old son, Levi, and 6-year-old daughter, Eva. 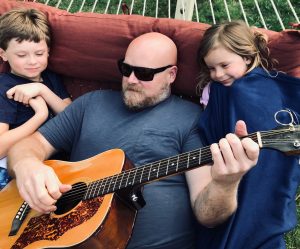 A Supportive ‘Tribe’: Cohen with his son and daughter. (Courtesy Photo)

“I’ve jammed quite extensively out West and in Kalamazoo, but I haven’t had a project that’s seen any stages in a long time,” he conceded.

Writing songs for the first time for his first solo album – for which he’d developed the central theme years ago – and self-producing the project presented challenges, but the pandemic and his cancer diagnosis gave him the time and impetus to push it through.

“Since I already had the idea and all of the instruments and recording gear in my basement, the mechanics of recording the project weren’t terribly difficult, but the chemo added many complications to having the strength to pull it off,” he said.

“I’d cut vocals on the days my voice worked, keys in the middle of the night when the prednisone kept me up and drums when everyone was awake.”

The resulting collection – officially released in May – is lush, strikingly diverse, melodically powerful and vocally impressive, although Cohen fears he may have “explored a few too many genres” on “The Senary.”

In a way, that variety also reflects the concept behind the project, with each track inspired by a different movie from the 1980s. Cohen even encourages fans via his website to guess the movie and the character highlighted by each track. 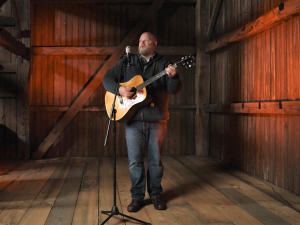 As for promoting the album and performing its tracks in a live setting, Cohen has scrapped some planned gigs because of additional, aggressive chemo treatments he must undergo based on results from a recent PET scan.

“It looks like I’ll be spending most of the summer in and out of treatment,” he acknowledged, though he’s hopeful he’ll eventually return to the stage.

“It’s obviously a floor-drop-out-from-under-you experience, but I did everything in my power to find purpose in it, since I wanted to be more than just a person stuck with a scary disease,” he reasoned.

“My tribe really held me up, and I think if we treated everyone the way we treat cancer patients, there wouldn’t be cancer anymore.”

Read more about Cohen’s journey and the new album online at pauliecohen.com.