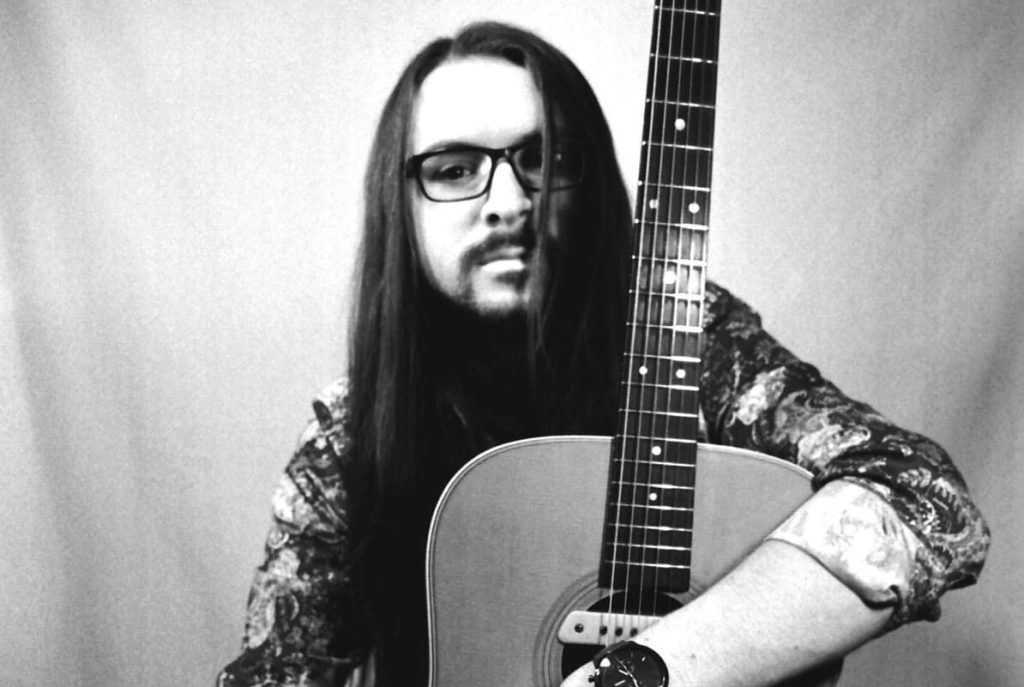 When Overdrive Orchestra frontman Chris Cranick recorded his 2018 solo debut album, “Nostalgia Is Killing Us,” it was admittedly a self-recorded, DIY affair with instrumental limitations.

“It was almost like I was trying to prove something. I was in a weird place in my life,” he recalled of the “cathartic experience.”

For the follow-up, “A Light Within the Dark,” being released May 15, Cranick was “in a much different headspace” and ready to push toward a more indie direction with a full band sound to support his writing.

“On this one, we just went for it. Anything that we heard, we went down that rabbit hole – full instrumentation on all of the songs,” the guitarist and singer said of the album recorded at Grand Haven’s Third Coast Recording with drummer Scott Pellegrom and keyboardist Dutcher Snedeker. 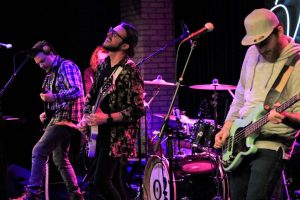 Live from Listening Room: Overdrive Orchestra on stage in January 2020, a show it plans to release as a live album. (Photo/Anna Sink)

“If you can imagine Lake Michigan or Lake Superior – just like the kind of sounds that that invokes – it’s very much in that realm. … My fiancé and I spent a lot of time traveling around our beautiful state this past year and I think you can hear that ‘Pure Michigan’ sound, so to speak, in the songs.”

For Cranick, the project also represents a chance to showcase solo material that’s quite a departure from the driving, psychedelic rock of Grand Rapids’ Overdrive Orchestra, a band that’s also hard at work on new material for the follow-up to 2020’s “Electric Mind,” along with a live album.

“We don’t try to pigeonhole ourselves in any one niche genre, but you’re gonna get loud guitars,” said Cranick, who called Overdrive Orchestra “a rock band above all.”

“My solo stuff is very much more across the board … influenced more by Americana, folk, pop, soul, R&B. Really anything that catches my ear is fair game.”

For this week’s edition of Local Spins on WYCE, Cranick demonstrated that balance by showcasing the lead single, “Firebug,” from the upcoming album, along with “(R)evolution” from Overdrive’s “Electric Mind,” one of 2020’s most underrated West Michigan releases. Check out a video of Overdrive Orchestra’s recent performance for the live-streamed Spread the Music Festival here and scroll down to listen to the full radio show podcast.

Growing up with an ear for the likes of Led Zeppelin and Van Halen, Cranick formed Overdrive Orchestra in 2011 with bassist and fellow Ferris State University student Adam Bogues. The current lineup features Cranick, Bogues, Shaun Sova on guitar, Cameron Hill on drums and James Blevins on keyboards.

The onset of the COVID pandemic in early 2020 brought the group’s tour behind its new album to a halt and upset the applecart in terms of band members’ day jobs. 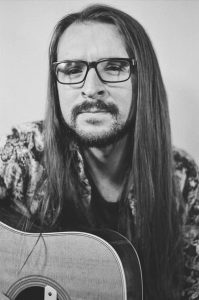 Even so, they’ve been “hunkering down” to work on new material for the next album. Later this year, they also plan to release a live collection – recorded at Grand Rapids’ Listening Room just before the shutdown – to “tide people over” until the new studio recording has been completed.

Cranick’s work with the band takes a much different tack than his solo projects, even though he’s the main lyricist for Overdrive Orchestra.

“We’ve developed a sound over the years and not everything I write fits that mold,” he offered. “When I’m with Overdrive, it’s a very collaborative process. No matter who brings a song to the table, we all finish it up.”

Spotlighting material from both projects in a live setting could be several months away. Cranick has started booking solo dates in support of his new album for late summer and fall, and the next Overdrive Orchestra show currently is set for late August at Holler Fest in Jackson County.

“Fingers crossed for that one,” he said of the festival on Frog Holler Farm. “Really looking forward to that. I love festival season.”

This week’s edition of Local Spins on WYCE – which focuses on Michigan music at 11 a.m. Fridays on WYCE (88.1 FM) and online at wyce.org – also debuted tracks by LVRS, Megan Dooley, Upon Wings, Cal in Red, Pink Sky and Madelyn Grant, as well as new music from Justin Avdek, Michigander and The Gasoline Gypsies (this week’s musician’s pick by Cranick). Listen to the full radio show here.