With ArtPrize returning to Grand Rapids this week, Eli Kahn of South Bend’s After Ours brings a unique composition to life at the Muse GR gallery with texture and movement that immerses its listeners. 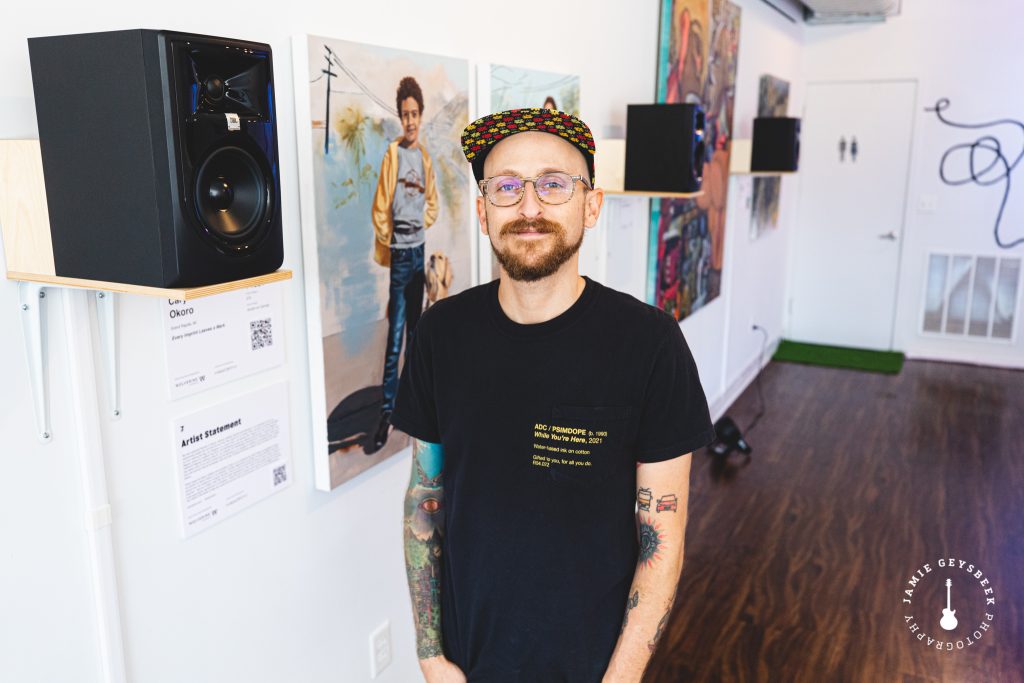 Standing in the middle of the room of an art gallery on Leonard Street, the buzzing automobiles outside fade when Eli Kahn hits play on his latest Art Prize installation. Titled “In My Dreams We) Levitate,” the musical exhibit swirls around seven speakers at ear level.

The music dances around the room (over 200 layers altogether). A drum beat opens the track before other instruments fade in. A piano follows you around the room, jumping from speaker to speaker.

The installation opens Wednesday evening at 6 p.m. at Muse GR, at 727 Leonard St. NW, and will run through October 3rd.

“I wrote it at the beginning of the pandemic. It’s kind of about how we’re all trapped inside where we can escape to our dreams. And dreams can be when we sleep, but it can also be our passion and our aspiration,” says Kahn. 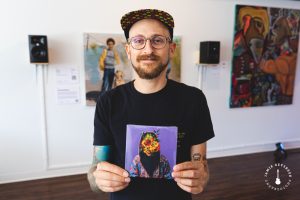 “So that’s kind of what the idea is. I want this piece to inspire people to feel like they can rise above the things in front of them and levitate over their obstacles.”

Kahn, who is a South Bend-based musician with ties to West Michigan, performs regularly with his experimental jazz group After Ours, typically touring 175 days out of the year.

Kahn composed the material, which includes Jordan Hamilton on strings, and was mixed by Eric Friedlander in Los Angeles.

The song was written and recorded during the summer of 2020 during the COVID-19 quarantine and is based on the idea that while the word is being confined by the pandemic, individuals are able to achieve freedom through their dreams, whether that be aspirations or passions, or simply escaping through fantasy (the most literal interpretation of dreams).

The instrumentation features classical guitar, voice, programming, synths and strings and is mixed in fully immersive audio, which is then played back through eight speakers set up in the round, allowing for the various elements of the piece to move around the listener in different directions, bringing the composition to life with texture and movement in a unique manner. (Read more about the entry here.)

“It gave me an opportunity to be more of an actual artist. And this project, you know, I had to conceptualize how everything would work. And so it’s not purely visual, but to make it look the way it does took a ton of planning,” Kahn says.

“I would kind of love to do more of this artistic stuff, and then take the gigs that I really am passionate about.”

Kahn plans to continue creating immersive music pieces for showings. He has a full museum showing planned for South Bend next April.

“It’s really cool to come here and see every venue in the city showing art. I’m from a place where that just doesn’t really happen. And so I appreciate that. There’s these opportunities for artists, whether they’re professionals or doing stuff at home, to come out and show their work. I think that’s really awesome,” says Kahn.

Kahn isn’t the only musician with a striking ArtPrize entry for 2021. 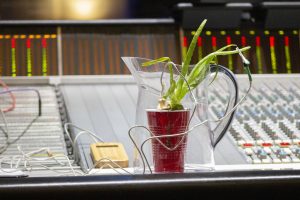 Guitarist Tom Wall of the West Michigan band Cosmic Knot is well known for his work with what he calls “florganaleptic” music — creating music with plants. (Read more about that at Local Spins here.)

For his ArtPrize entry at Sundance Bar & Grill, 151 Ottawa Ave. NE, Wall creates dreamy music from plants with the aid of “an electronic device that interprets the inner electromagnetic fluctuations into art.” Wall has “jammed” with plants regularly over the past year or so by connecting electrodes to the roots and leaves, creating what he describes as melodic, inspiring, uplifting performances.

“When exposed to external music, the plants seem to adapt, allowing the ability for humans and plants to create music together in real time,” according to the description of his ArtPrize entry. Read more about it here. 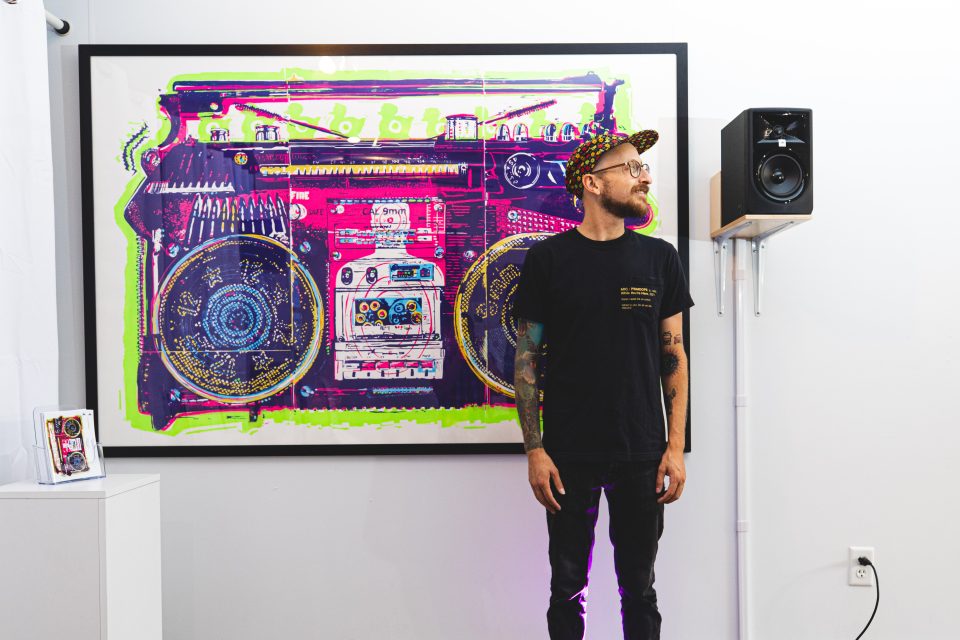 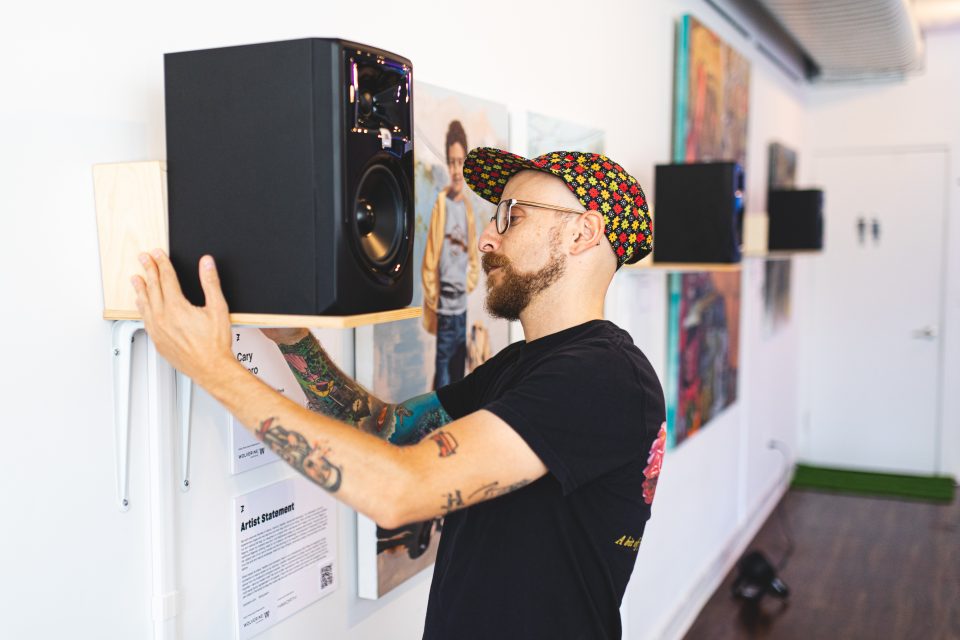 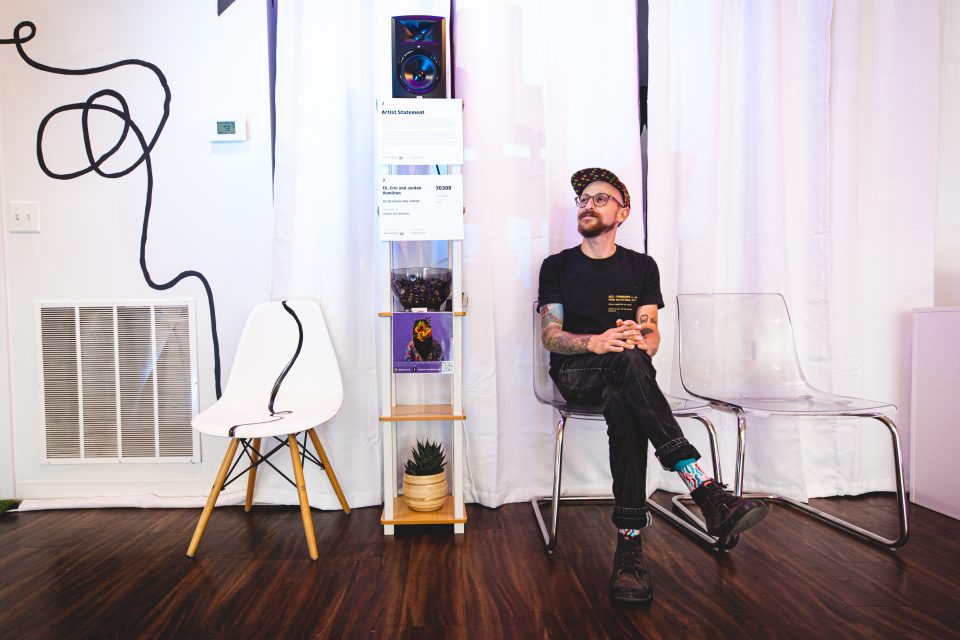 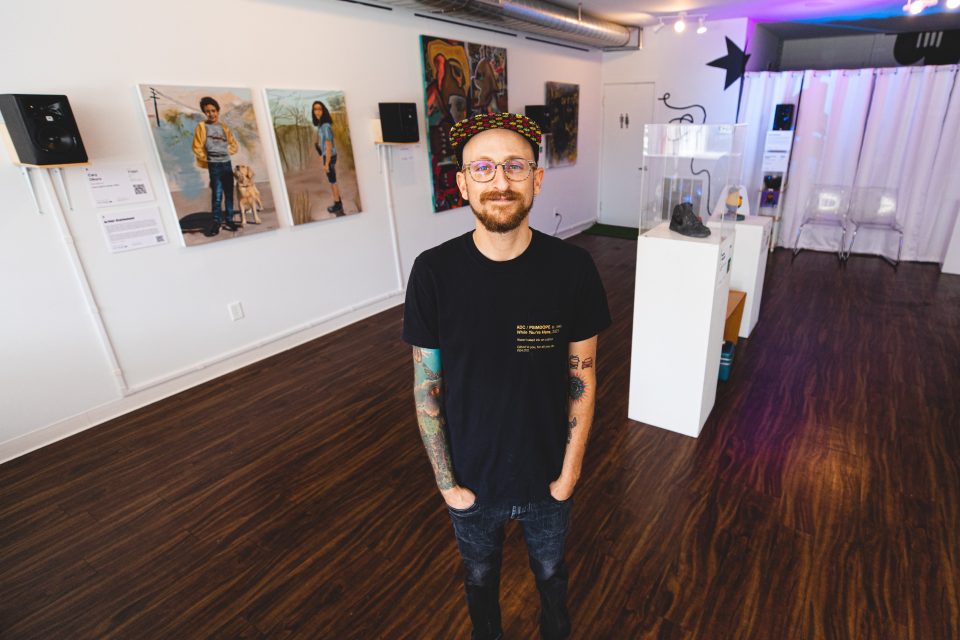 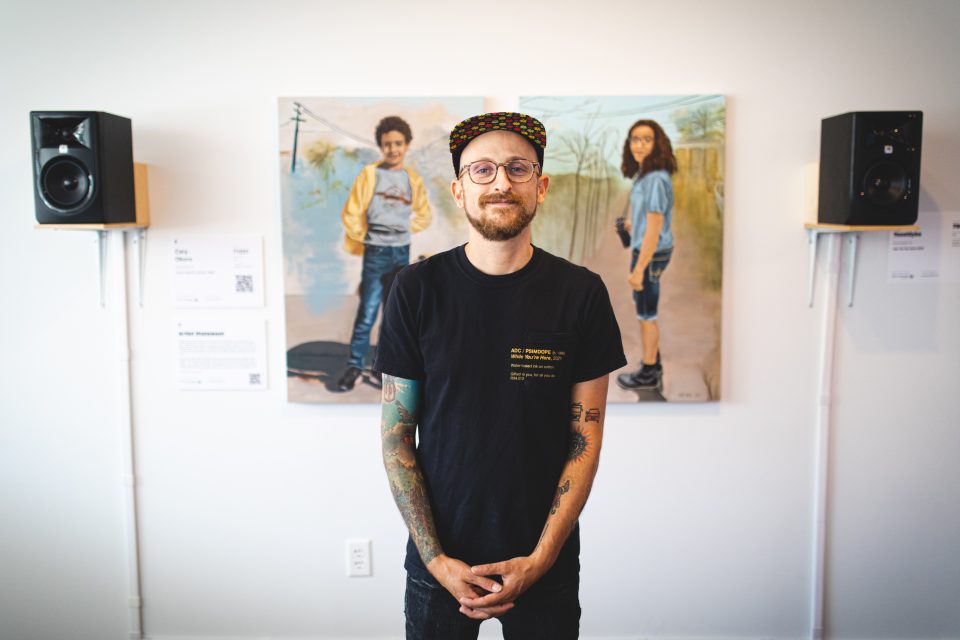 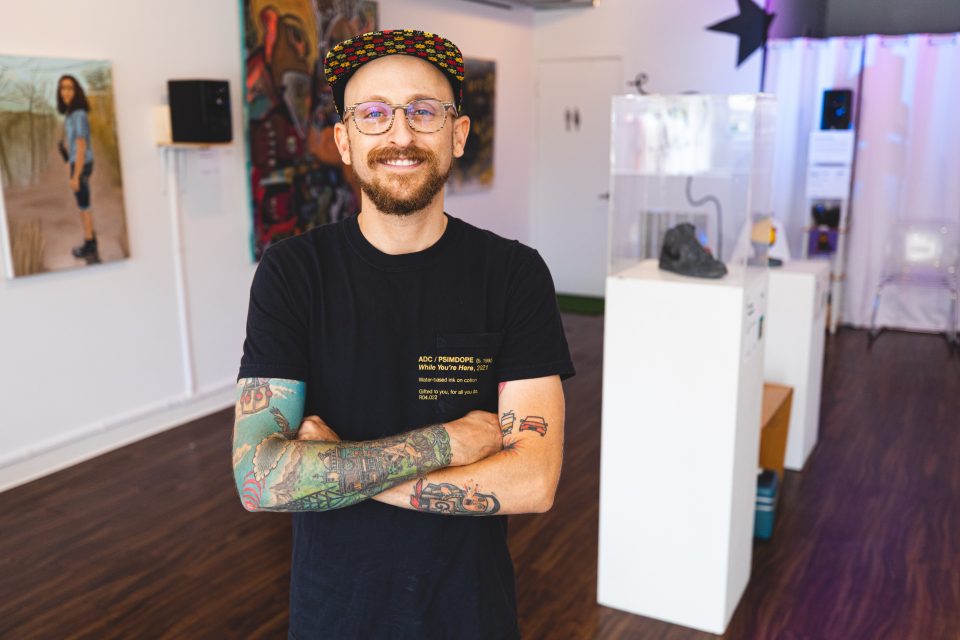 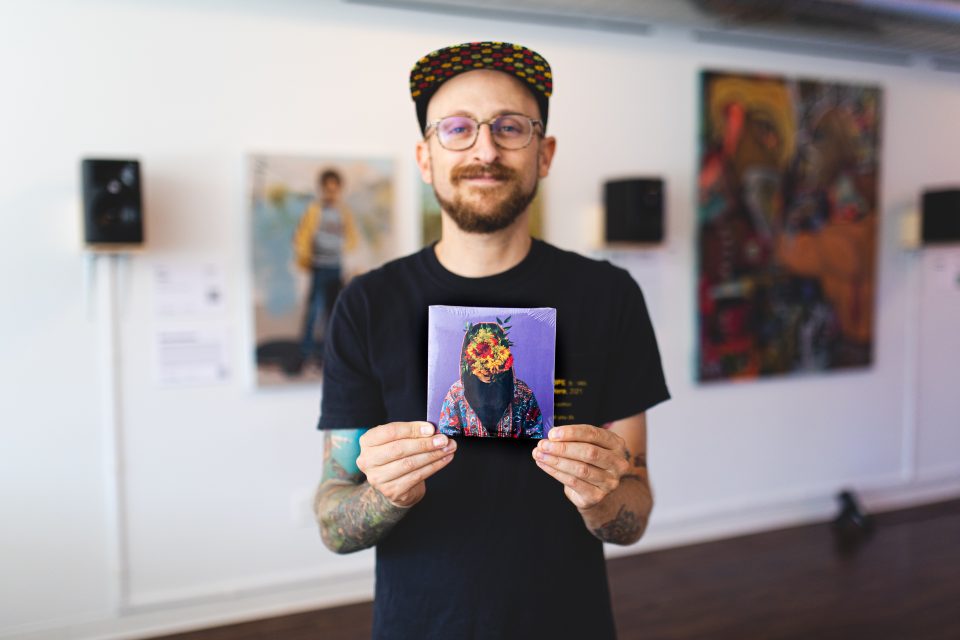 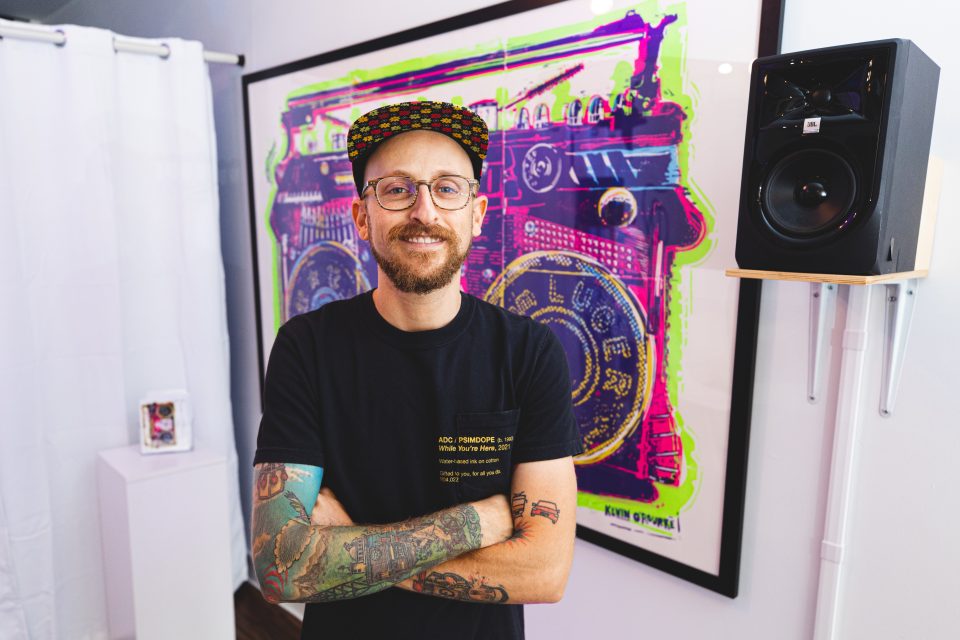 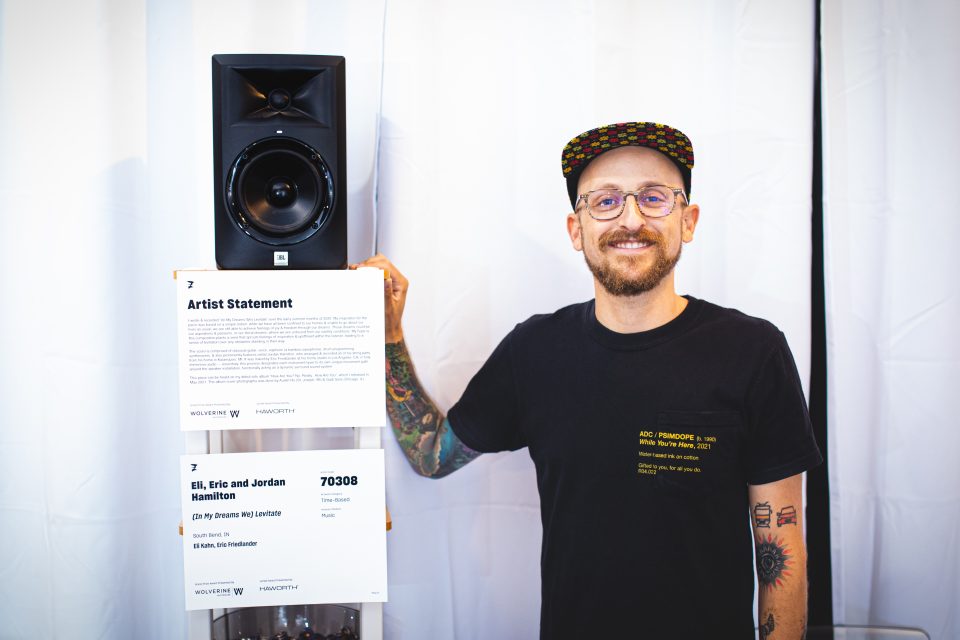 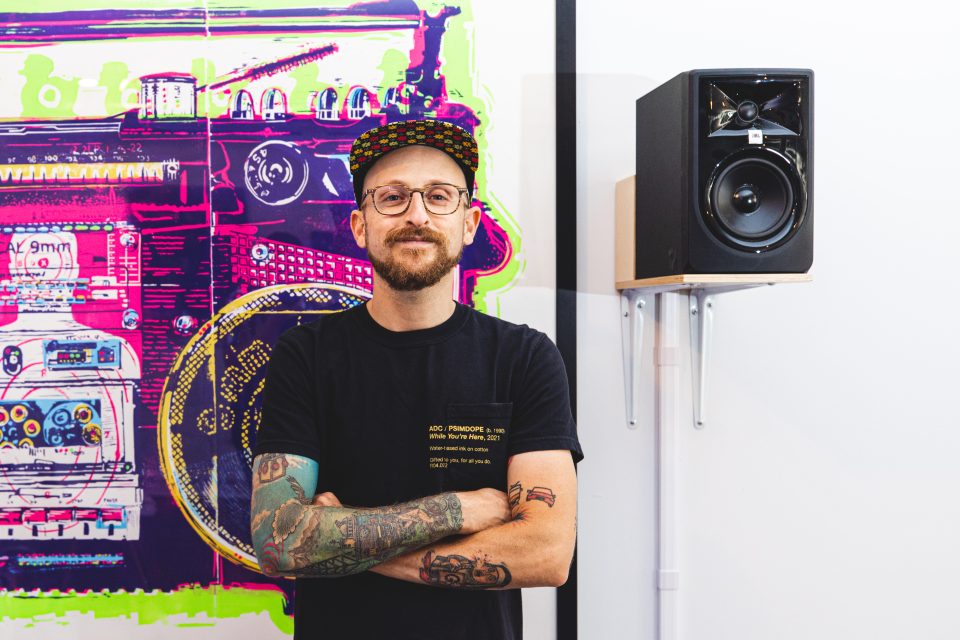 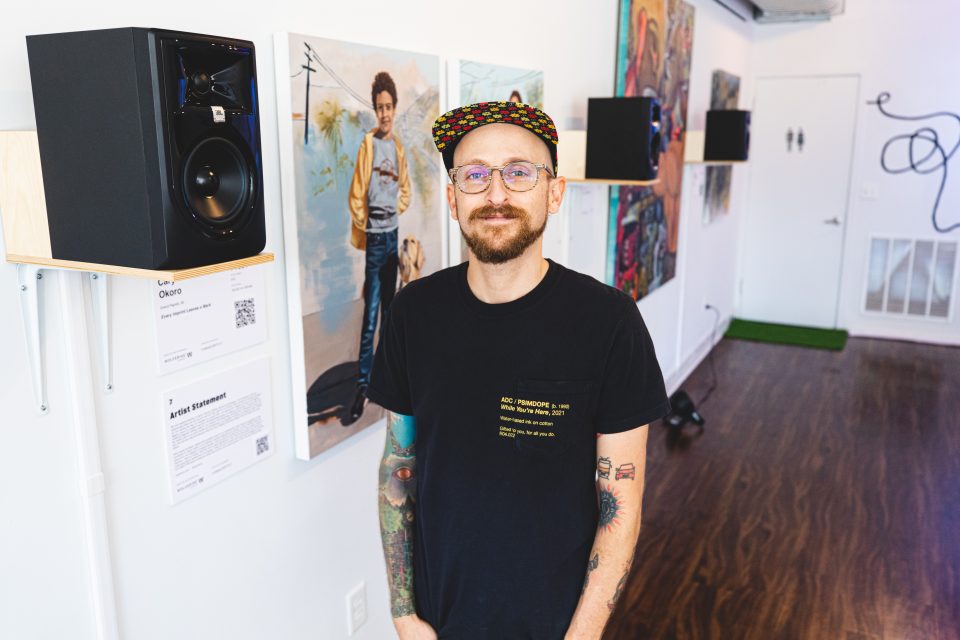 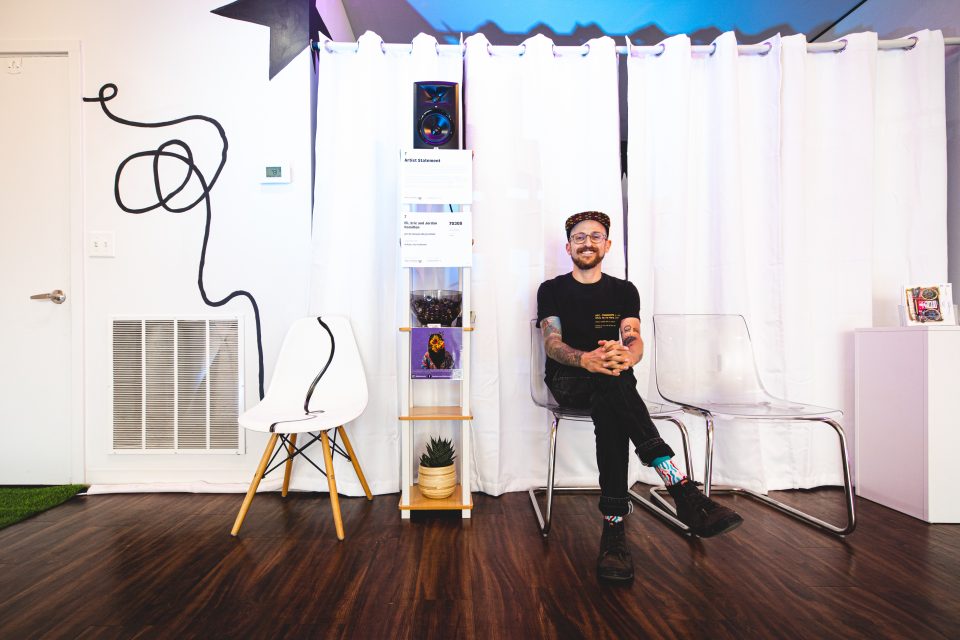